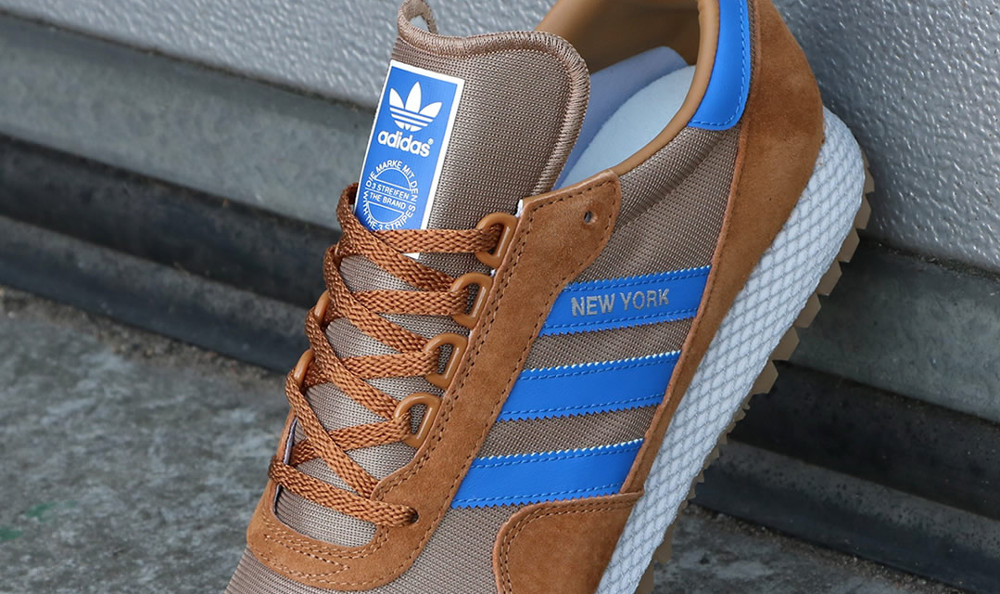 Following on from last weeks news of the adidas Jeans MKII arriving in some brand new colourways we are very excited to announce the arrival of the adidas New York trainer to 80s Casual Classics. If you know your stuff when it comes to original 3 stripes releases you will of course know the significance of cities to Adi Dassler’s sportswear label. The cities series looked to the cities of Europe with releases like the München, London, Hamburg and Dublin to name a few. adidas also released styles such as the New York, the Boston Super and the Dallas this time looking to running and North American cities for inspiration. Originally released back in 1983, a heyday of all things 80s, casual & 3 stripes, the New York made its grand return from the adidas archives in 2015 thanks to Gary Aspden and his sought after SPEZIAL line alongside the exclusive ‘Carlos’ trainer. The New York trainer could arguably hold the crown for the one of the most celebrated 3 stripes running silhouettes of all time, and we’ve got some brand new colourways dropping for January 2018. The classic runner is now back with a bang for 2018 and its coming to 80s Casual Classics. 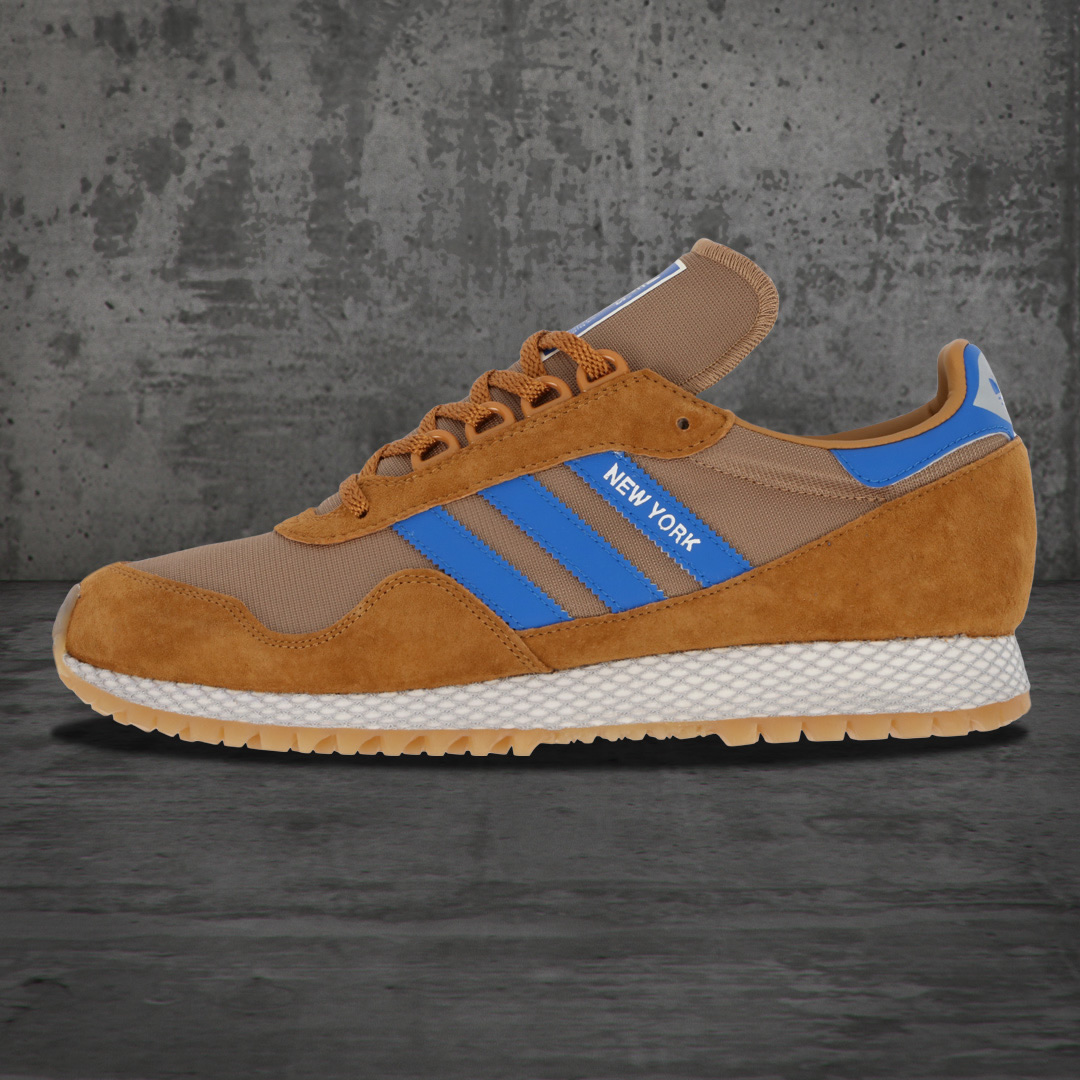 Above: adidas New York Trainer in tan/blue available to pre-order for Janaury 2018

The original New York trainer celebrated the running culture of the early 80s with the signature webbing detailing to the midsole which also featured on the Atlanta trainer as worn by the likes of Grete Waitz. The latest version is based on the original New York although coming in slightly lighter thanks to a lighter sole unit and will certainly tick all the classic 3 stripes boxes. The classic runner features mesh uppers with nubuck overlays sat on top of the famous webbing detail to the EVA midsole. An all time classic that can be appreciated by the original 80s collectors alongside the new wave of 3 stripes enthusiasts. We’ve got 2 new fresh colourways of the New York trainer dropping for January 2018 in tan or black, both are now available to pre-order for January 2018. 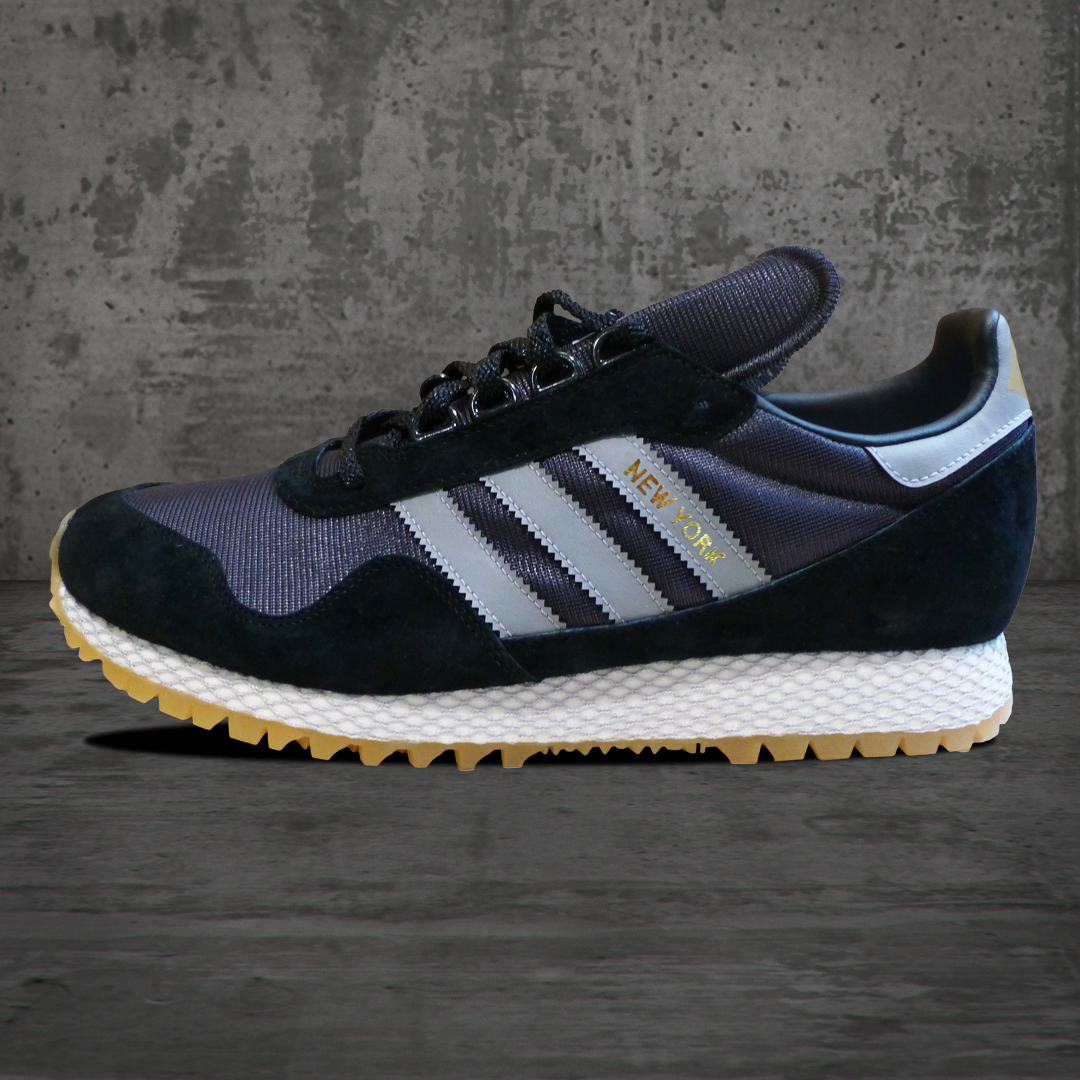 Above: adidas New York Trainer in black/grey available to pre-order for January 2018