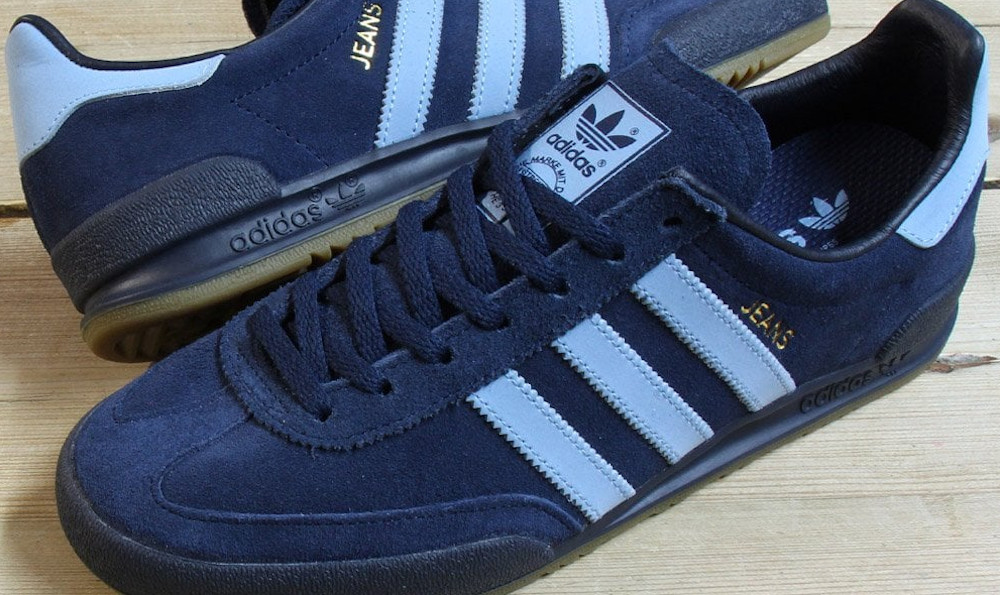 The adidas Jeans Trainer Returns In Some Classic Colourways

Classic adidas silhouettes like the Jeans don’t come around that often. In fact the adidas Jeans trainer had literally become like gold dust to get hold of prior to its re-release around 5 years ago. Classic 3 stripes styles like the Jeans trainer were literally available in OG form, meaning the only way to get your hands on the shoe was from specialist vintage sportswear stores. When it comes to footwear though a ‘box fresh’ pair will always win hands down, because at the end of the day who wants to wear a pair of trainers that someone last wore in 1981 with a pair of sweaty sports socks & athletes foot!

When adidas announced they were re-releasing the Jeans trainer, adi fans rejoiced as now they could get their hands on the classic trainer without having to trawl through ebay for days on end. Since its re-release the Jeans trainer has become one of our best selling styles at 80s Casual Classics, up there with the likes of the Gazelle, the Samba & the Spezial to name a few as an all time 80s favourite. 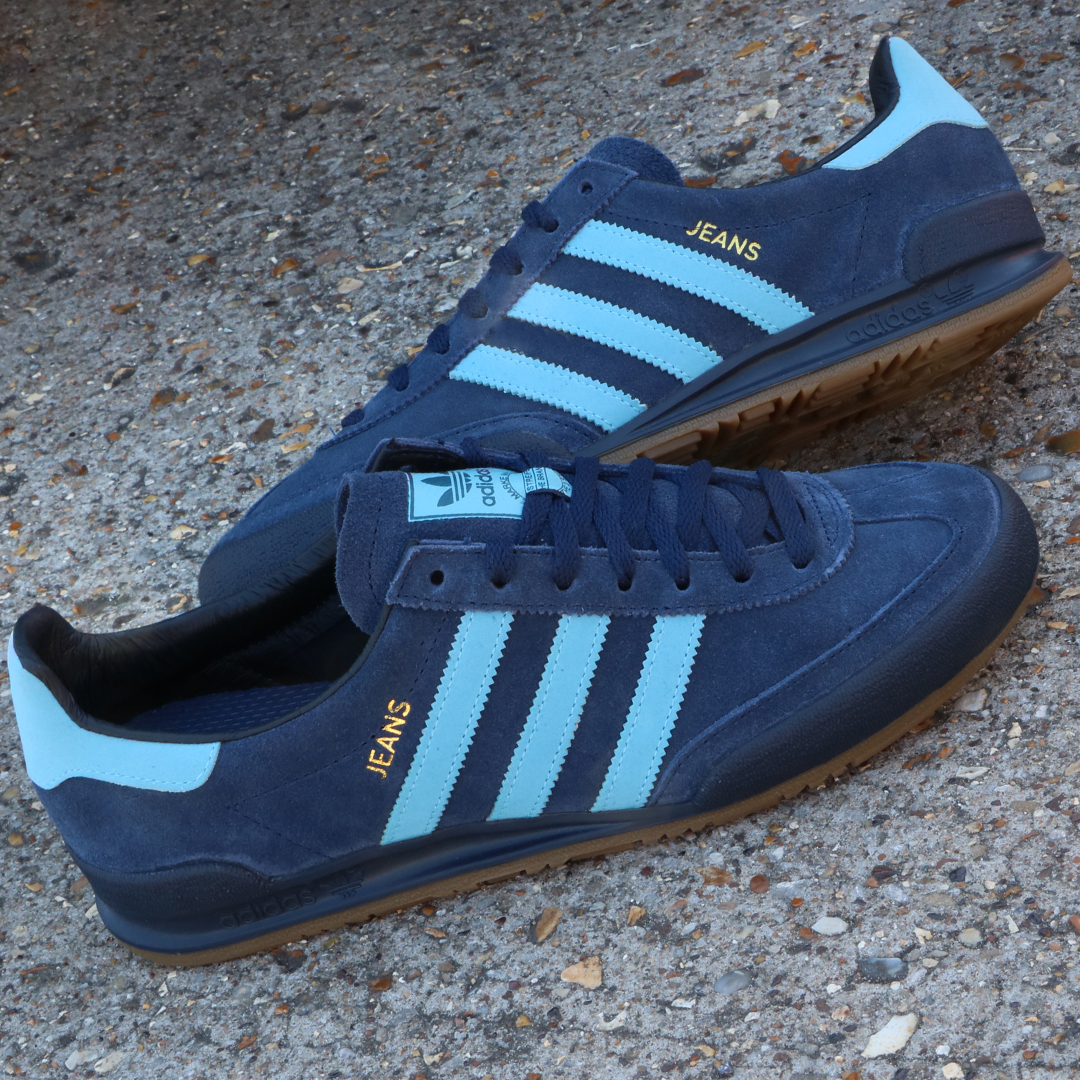 Above: The adidas Jeans trainer in navy/sky now available from 80s Casual Classics.

The first of the adidas Jeans’ releases was the Jeans MKI trainer in 1975 which drew inspiration from the early SL ranges from the 1970s. Similar in appearance to the likes of the  SL72, the Jeans MKI adopted its denim inspired name from the growing jeans & trainers trend which would become a key look of the casuals a few years later. The Jeans MKII followed in 1979, and although the MKI was a popular style, the MKII was easily the most sought after of the two. The main notable difference of the MKII was its heel stabiliser & sole unit. The original casuals went crazy for the Jeans trainer with the legendary late seventies style becoming like the holy grail of 3 stripes for adidas collectors. Up until more recently the Jeans trainer had been firmly locked away in the Herzogenaurach archives. 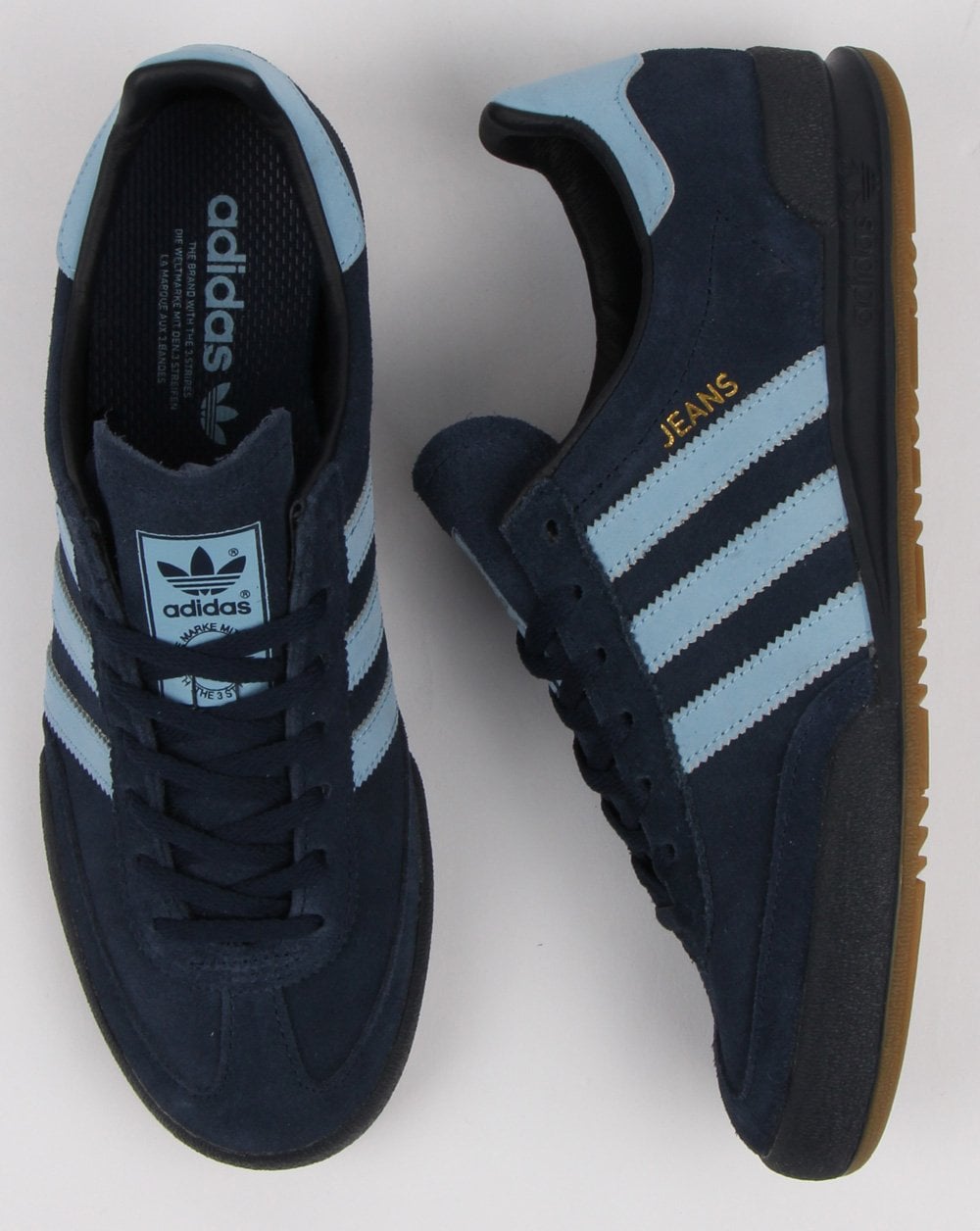 Above: The adidas Jeans trainer in navy/sky now available from 80s Casual Classics.

The coveted classic now returns to 80c Casual Classics in an OG navy colourway for that ultimate 80s leisure look. Highlights include the signature slim line design, premium suede uppers in an OG inspired collegiate navy colourway. Other detailing includes the iconic heel counter to the rear & a soft gum rubber outsole for some added retro vibes. The Jeans trainer is finished off with contrasting 3 stripes and heel tab in ash blue as well as ‘JEANS’ in gold foiling to the side walls. A must have casual style for any serious adidas trainer collector.