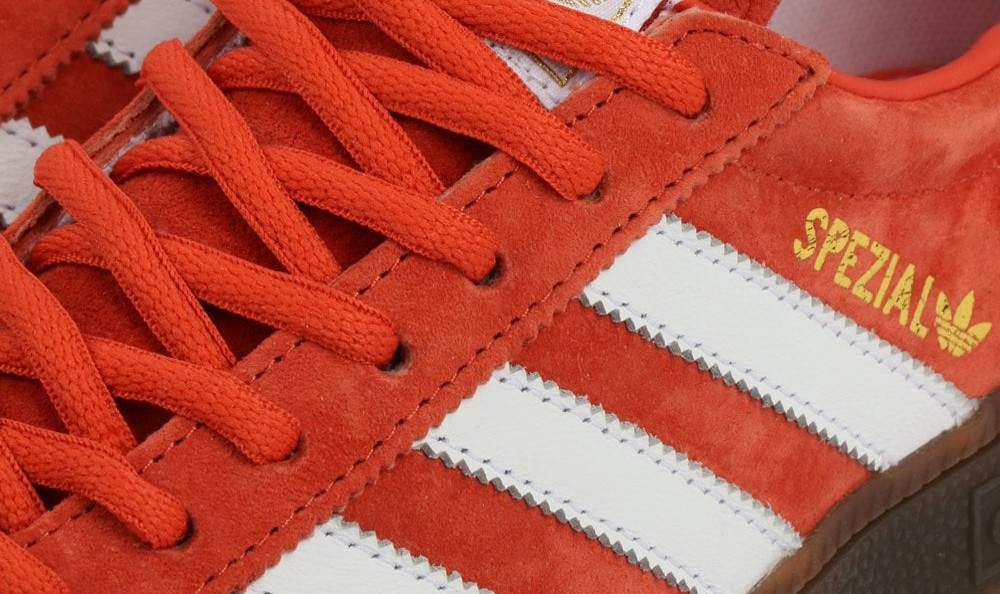 Like the majority of classic 3 stripes trainers released throughout the 70s and 80s it was all about performance and function,  generally coming with some form of athletic inspiration and story. The casual era really saw the birth of where unknown European silhouettes started to make their way onto the UK shores. Trainers like the original adidas Spezial trainer, a shoe designed for playing indoor handball, a sport that wasn’t exactly on the rota at your average sports club in the North West, became a firm favourite after its release in 1979. A pinnacle time in the casual era, the late 70s saw football firms like Liverpool’s Urchins travelling to Europe on away games for European Cup games and bringing back new Italian sportswear labels among never seen before 3 stripes silhouettes. The popular terrace trainer is now considered an all time casual classic, also paving the way for Gary Aspden’s very own adidas line of the same name, the Handball Spezial is now re-released for the modern day trainer fanatics. 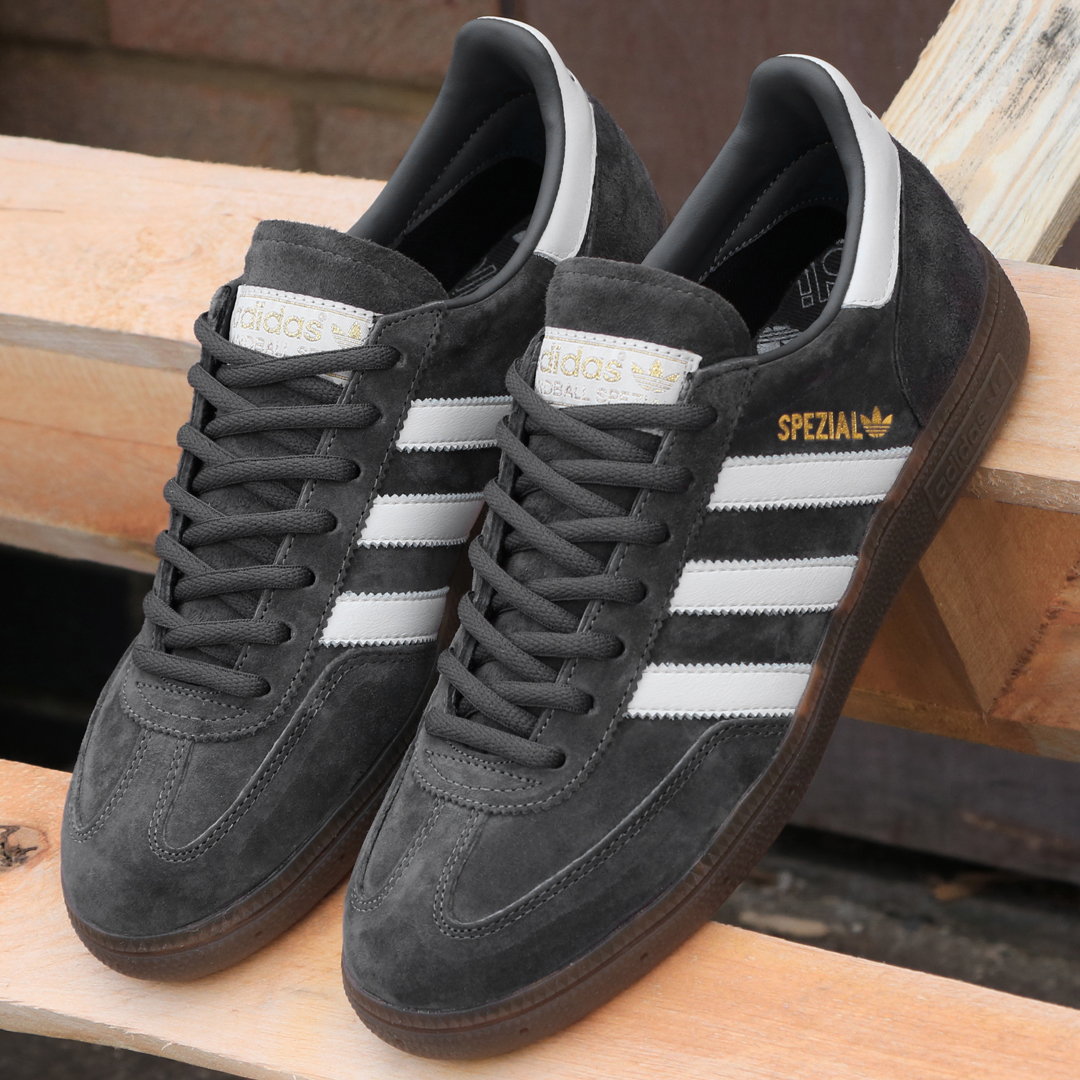 This latest re-release of the Handball Spezial now comes to 80s Casual Classics in all its original 3 stripes glory. A great addition to any adidas collectors wardrobe and is now available in a trio of classic colourways.  Although its handball heritage harks back to the likes of Denmark, Holland and Germany its terrace legacy was born in the UK and is still highly regarded as one of the greatest. Highlights of the Handball Spezial include premium suede uppers which sit on top of the gum sole unit, a key look of many adidas trainers of the era, with contrasting 3 stripes to each side. We’ve got an assortment of colourways now available at 80s Casual Classics from raw amber to grey with the introduction of an ash blue colourway launching in September. 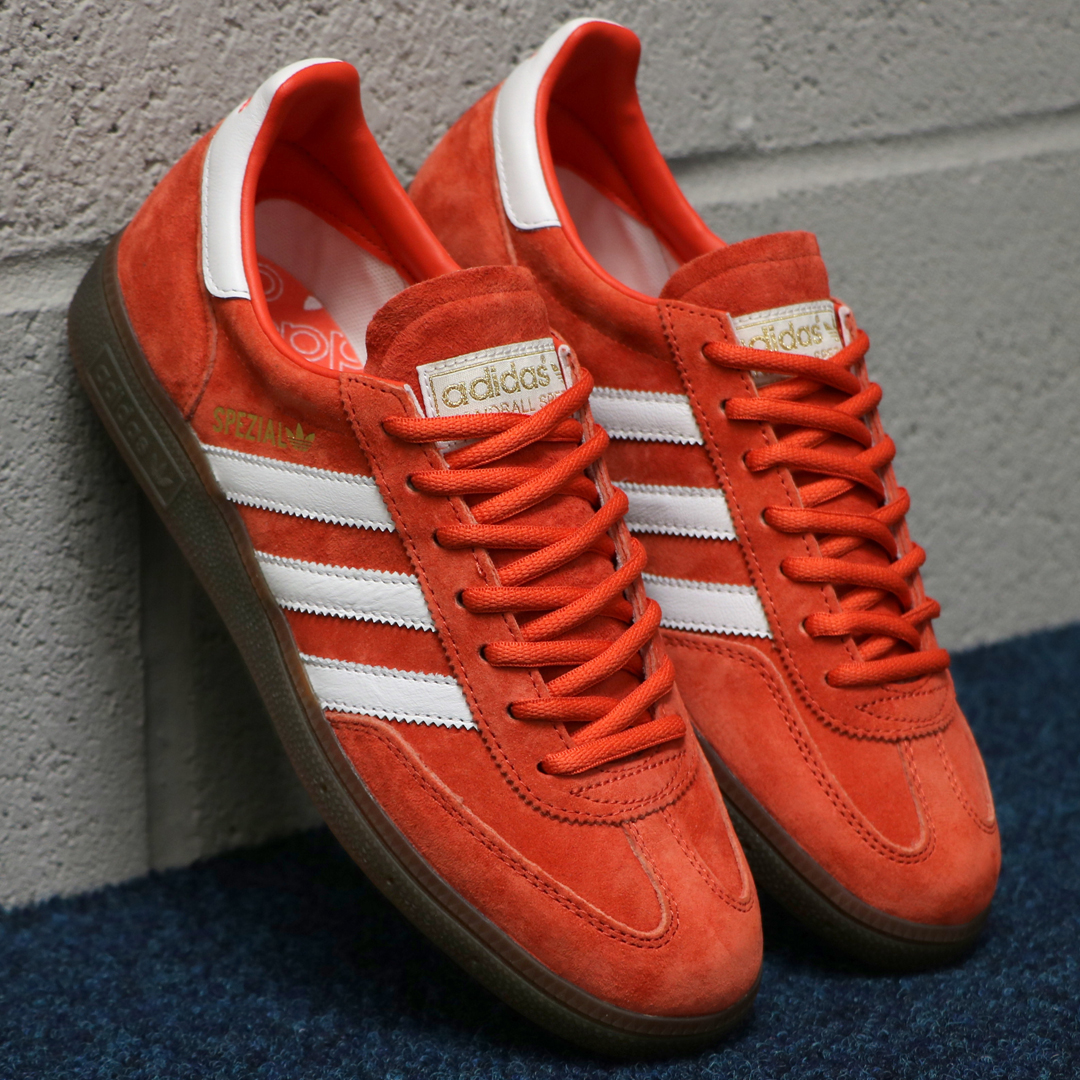 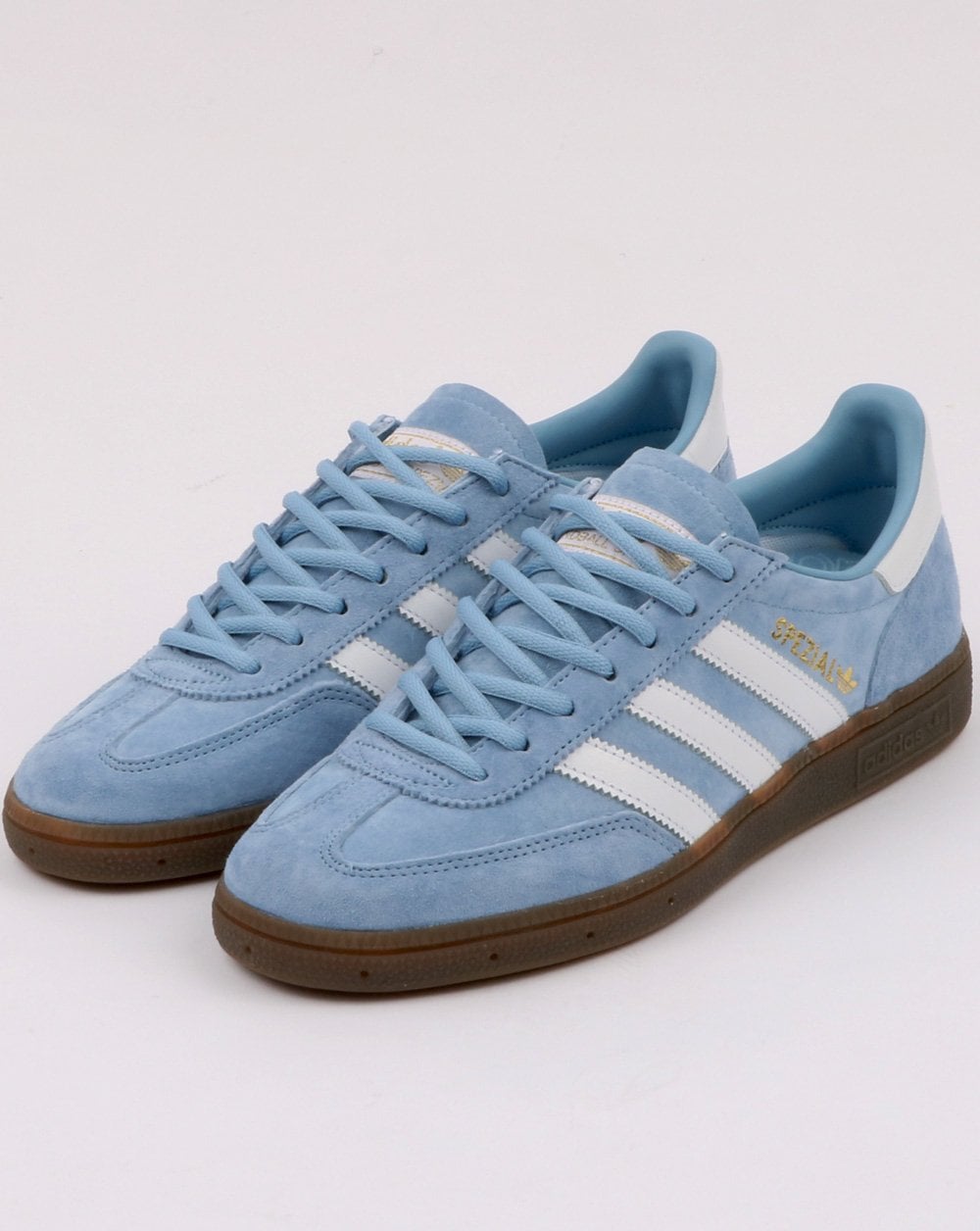