X
This site uses cookies to provide and improve your shopping experience. If you want to benefit from this improved service, please opt-in.
More Info
Accept Cookies
80's Casual Classics80's CC NostalgiaEverything You Need To Know About The adidas Handball SPEZIAL Trainer
Menu 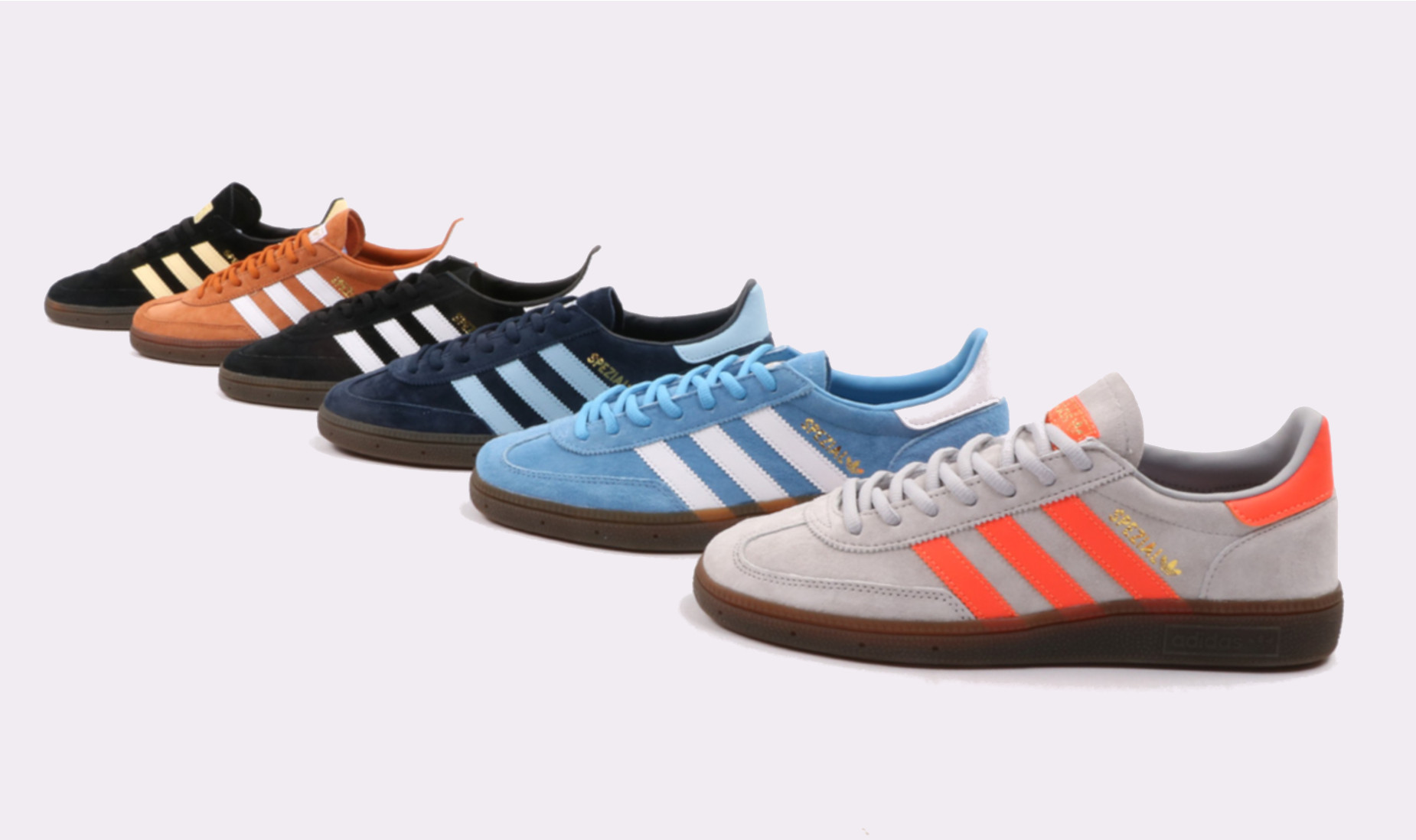 Everything You Need To Know About The adidas Handball SPEZIAL Trainer

The ultimate 3 stripes casual classic style, the adidas Handball SPEZIAL is considered one of the greatest trainers ever.

Although the adidas Handball SPEZIAL might not be a style that previously had global recognition, its cult status and following in the UK has grown far greater over the last 40 years. Considered by some as one of the greatest styles to ever be signed off from the adidas Herzogenaurach HQ in Germany, the Handball SPEZIAL is all about indoor sports, the casual subculture of the 80s and going that extra mile when it came to Germanic 3 stripes kerb appeal. When all said and done, there isn’t really that many original adidas trainer styles out there have maintained the cult status like the Handball SPEZIAL has. 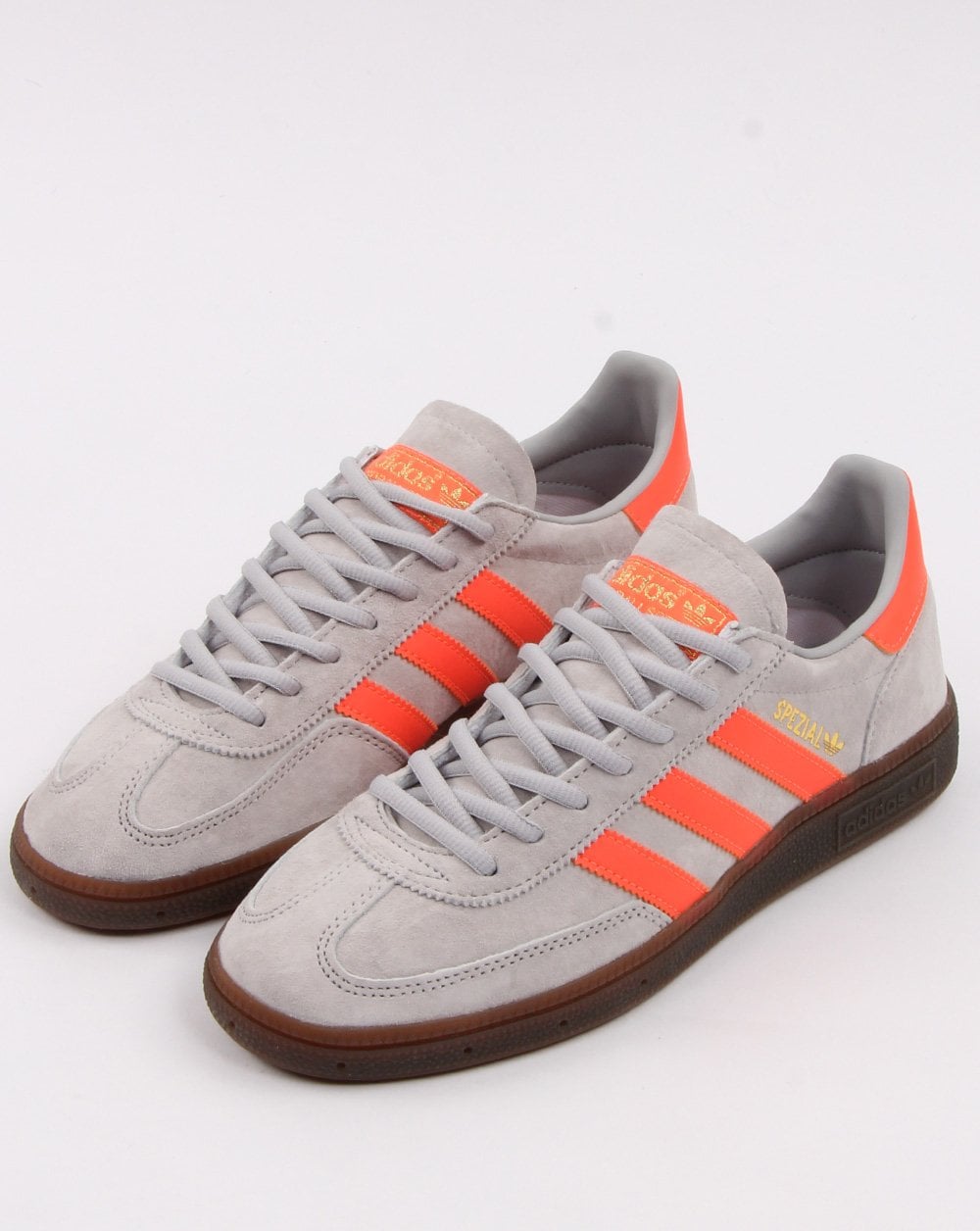 When speaking in an interview with Umbrella Magazine about the Handball SPEZIAL Gary Aspden said; “The beauty of this shoe is that it isn’t one of adidas’ most famous shoes but it is without doubt one of their most consistent. Its design is utterly timeless”. Having featured the SPEZIAL in his adidas Hall of Fame collection, Aspden went on to say; “It’s a shoe that has a distinct association with British youth culture, particularly working class and football fashion”. The shoe clearly made an impact on the adidas designer during his youth growing up in the North West and although Aspden’s very own exclusive adidas SPEZIAL line has grown into more than just a single silhouette, its casual origins and brand name inspirations are still pretty clear. 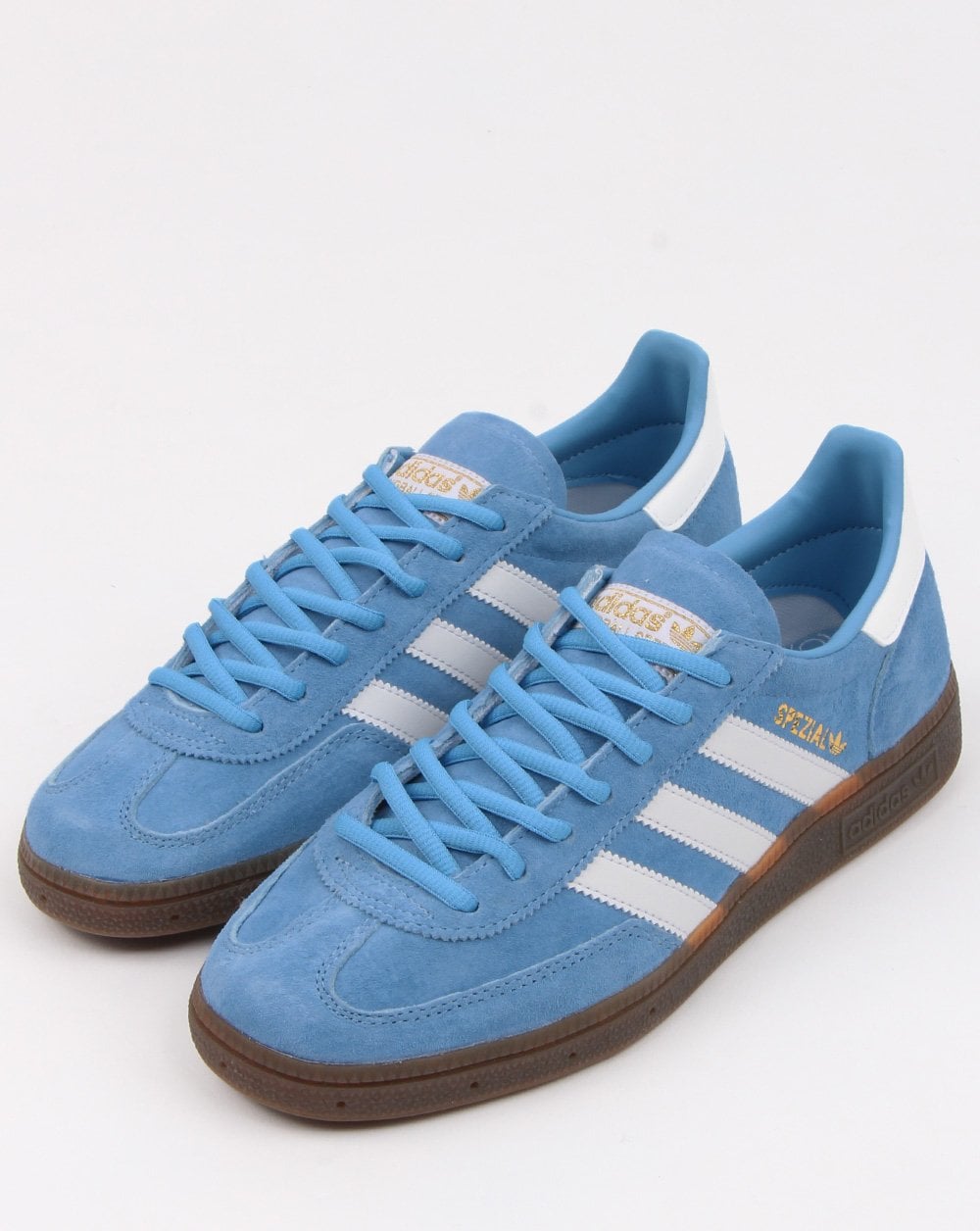 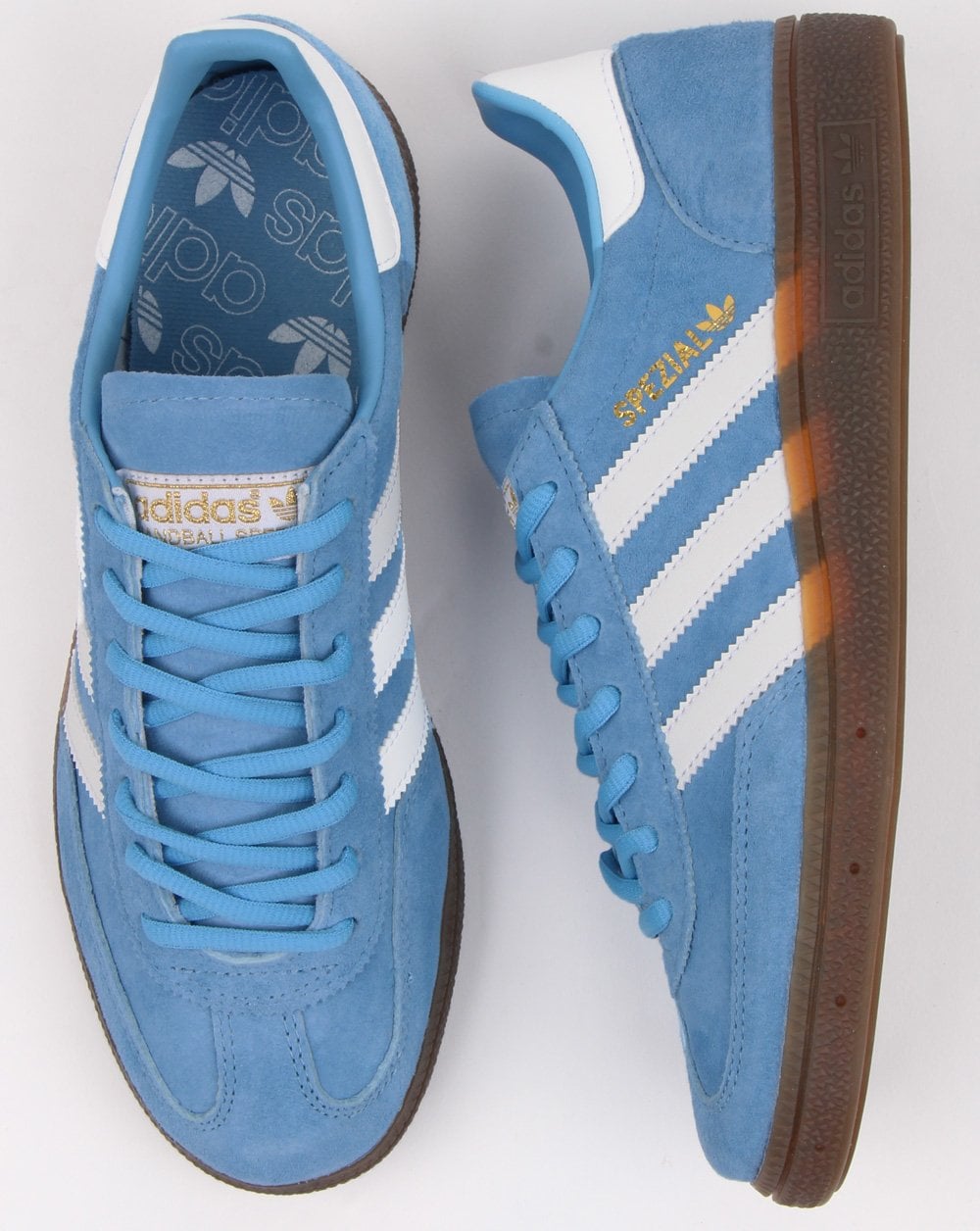 adidas clearly had a good idea what was going on in the casual subculture of the late 70s and early 80s, and the fact every casual from Aberdeen to Arsenal were now repping ‘die Marke mit den drei Streifen’. However the Handball SPEZIAL was never really intentionally marketed to this new sportswear focused youth culture. The Handball SPEZIAL was an athletic shoe specifically designed for indoor sports such as handball, which is still a popular sport to this day in Germany. The connection between handball players and Man United’s Red Army for example are few and far between, but it clearly showed how trainer culture had evolved. Perhaps the very beginning of trainer culture, collectors and enthusiasts as we know it today with resales and launch day store queues, the 3 stripes casual connection could have arguably started the trend some 40 years ago. 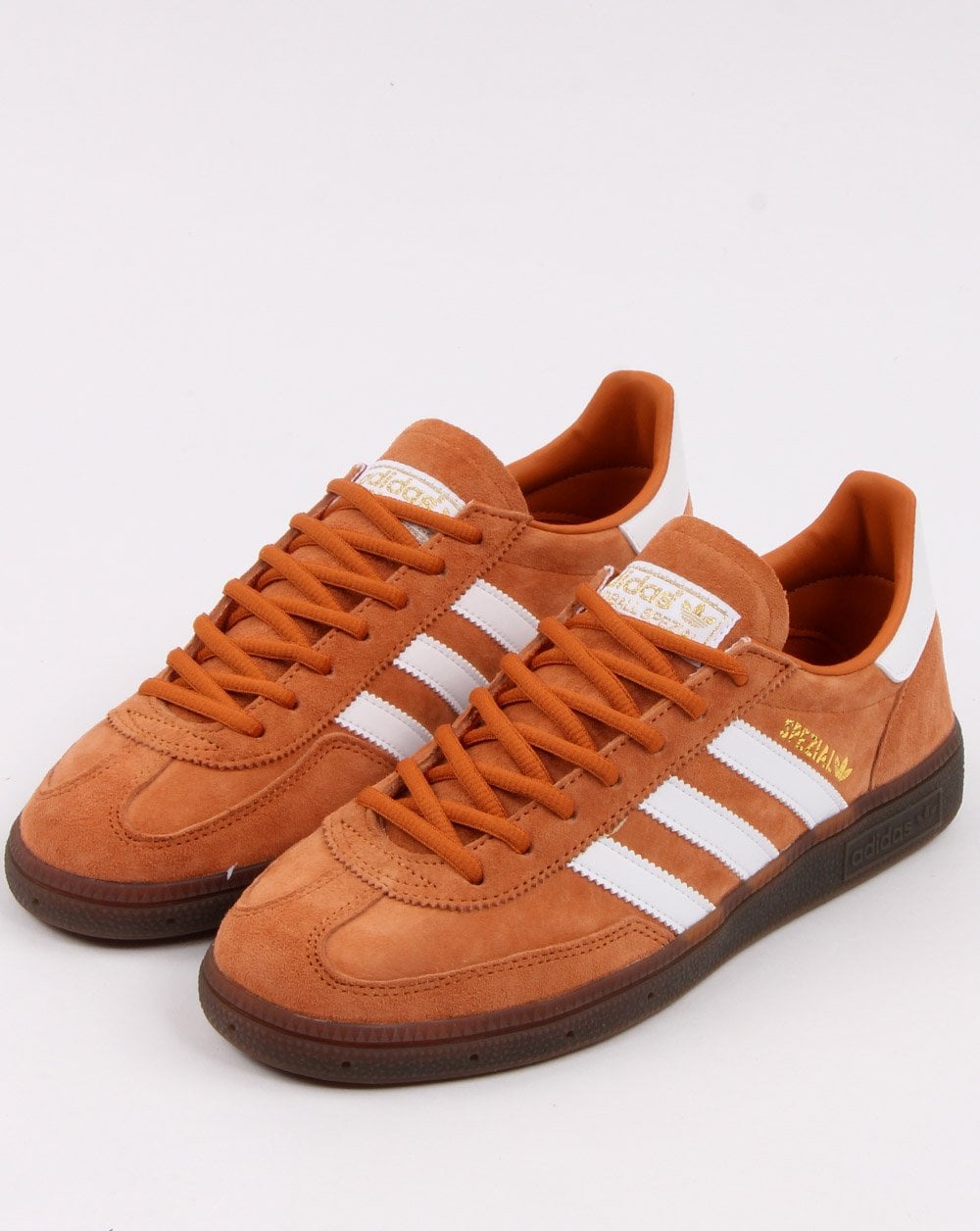 Above: The adidas Handball SPEZIAL in copper/white now available from 80s Casual Classics.

Built for speed and grip the Handball SPEZIAL was originally released back in 1979. A pinnacle time in casual fashion the style quickly became a trainer staple giving birth to a whole range of indoor silhouettes which included the likes of the Handball Top, as well as featuring in numerous die hard adi collectors collections over the years. Now revived from the adidas archives, the Handball SPEZIAL returns in true OG form and is introduced to 80s Casual Classics in some fresh new colourways. Highlights include premium suede uppers, the famous durable rubber outsole built for traction and speed, T-Toe overlay and classic adidas retro design with contrasting heel tab and 3 stripes to the sides.