X
This site uses cookies to provide and improve your shopping experience. If you want to benefit from this improved service, please opt-in.
More Info
Accept Cookies
80's Casual Classics80's CC NostalgiaEverything You Need To Know About The adidas Gazelle Indoor Trainer
Menu 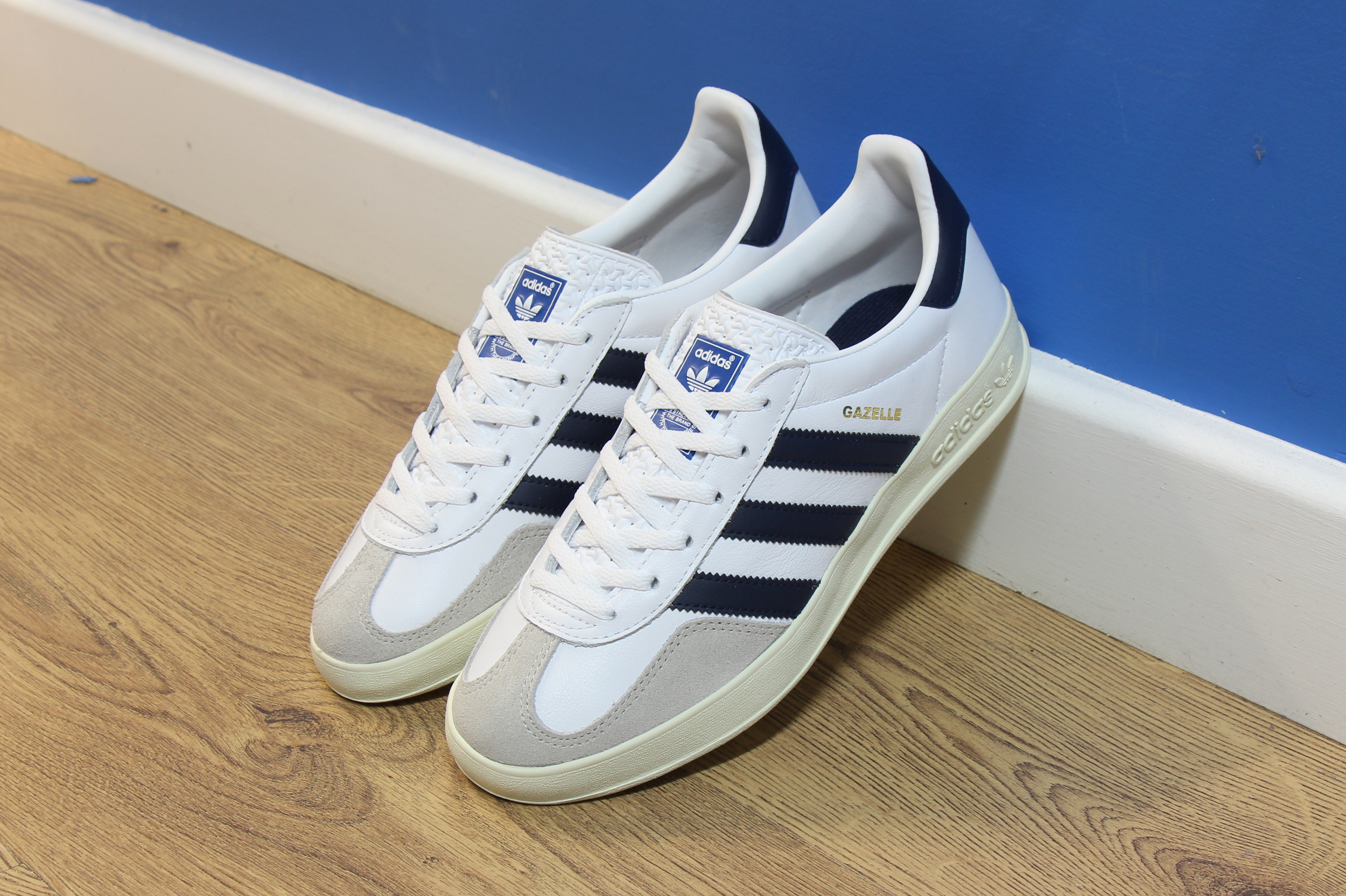 Everything You Need To Know About The adidas Gazelle Indoor Trainer

The adidas Gazelle Indoor trainer drew inspiration from the Handball Spezial and was introduced as an indoor alternative to the original Gazelle. 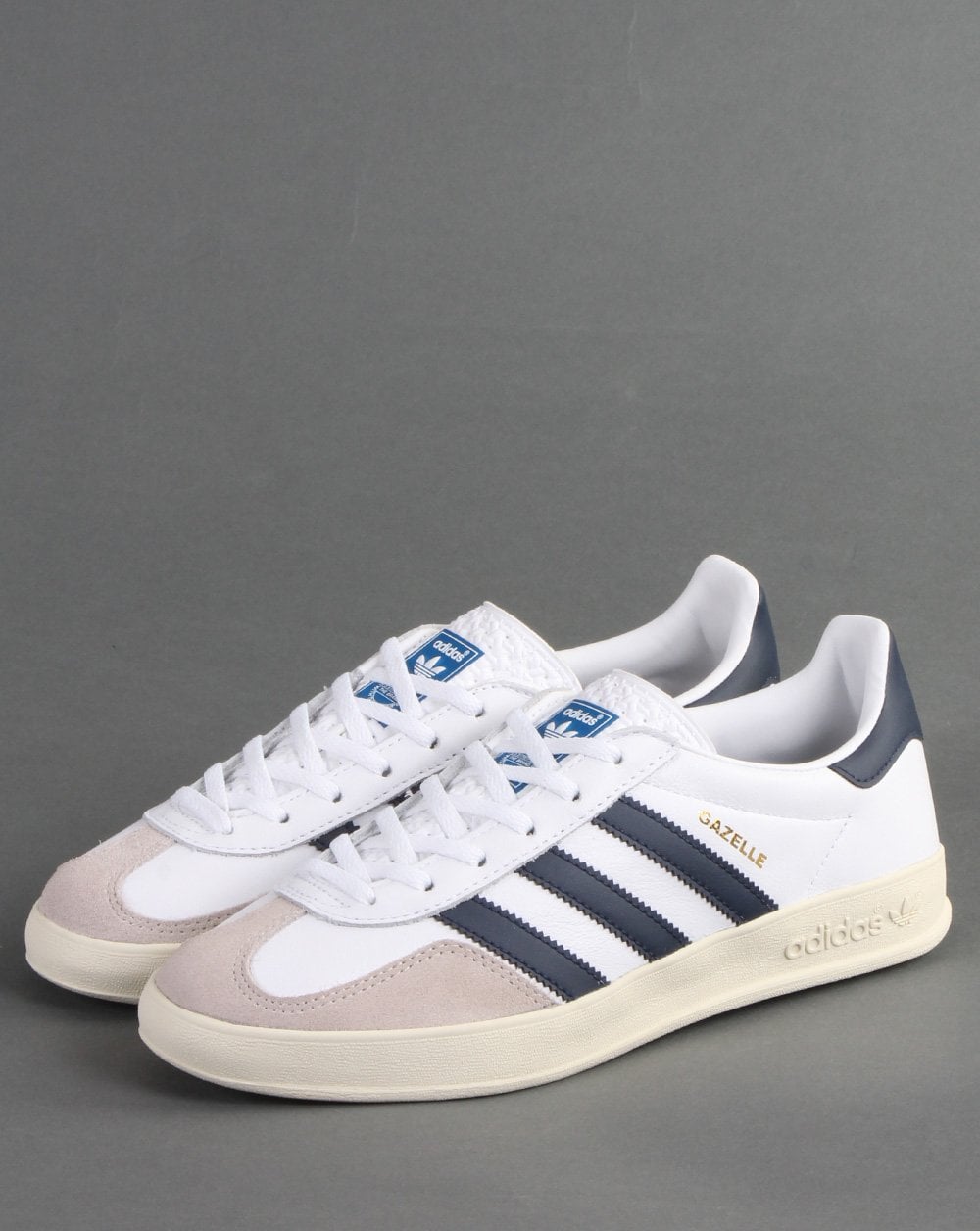 The main notable difference of the Gazelle Indoor was the translucent gum sole unit which wrapped around the entire shoe as oppose to the traditional textured white midsole of the OG Gazelle from 1968, the Gazelle II & also the Gazelle 91′. The Gazelle Indoor took its “Indoor” inspiration from the Handball Spezial which was released in 1979 as an indoor court performance shoe & also featured the translucent sole unit. Minus the t-toe design, the suede overlays to the heel counter & a slightly sturdier looking sole, the Handball Spezial could quite easily be mistaken for the Gazelle Indoor by a 3 stripes novice. Another notable adidas style which included ‘Indoor’ in its title was the adidas Indoor Super and although the Indoor Super was a squash shoe and had nothing really to do with the Gazelle story, its intended indoor court use was kind of similar. 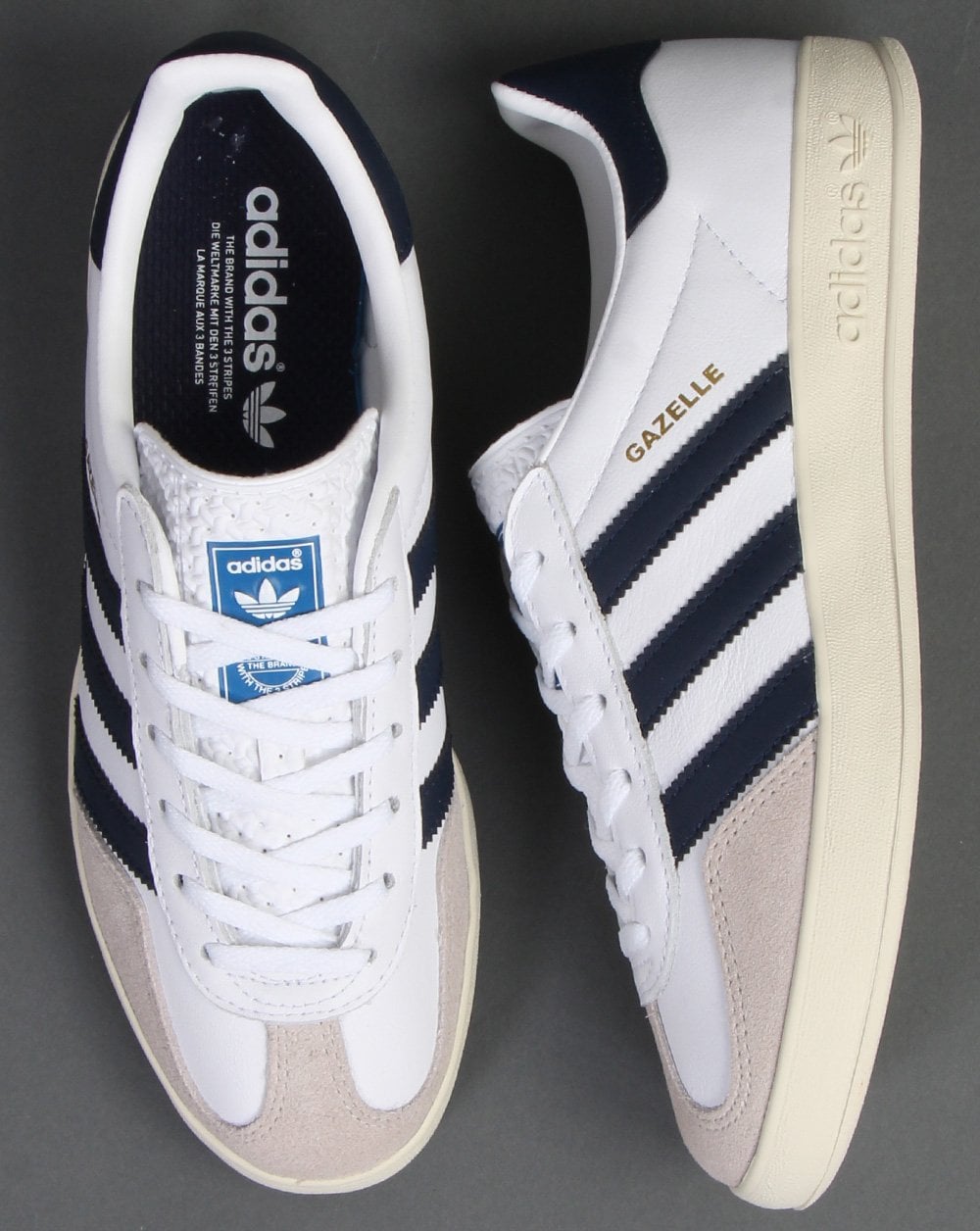 Originally released in the early 80s as a performance handball trainer, the Gazelle Indoor trainer quickly caught the attention of different subcultures. The 1980s saw the Gazelle connect with B-boy culture in the US as well as the Casuals in the UK allowing the Gazelle to become one of the most popular adidas trainers of the era. After some 20 years in the adidas archives, the Gazelle Indoor was re-released back in 2011. The last 9 years has seen a variety of colourway releases of the Gazelle Indoor from bold green to active red. 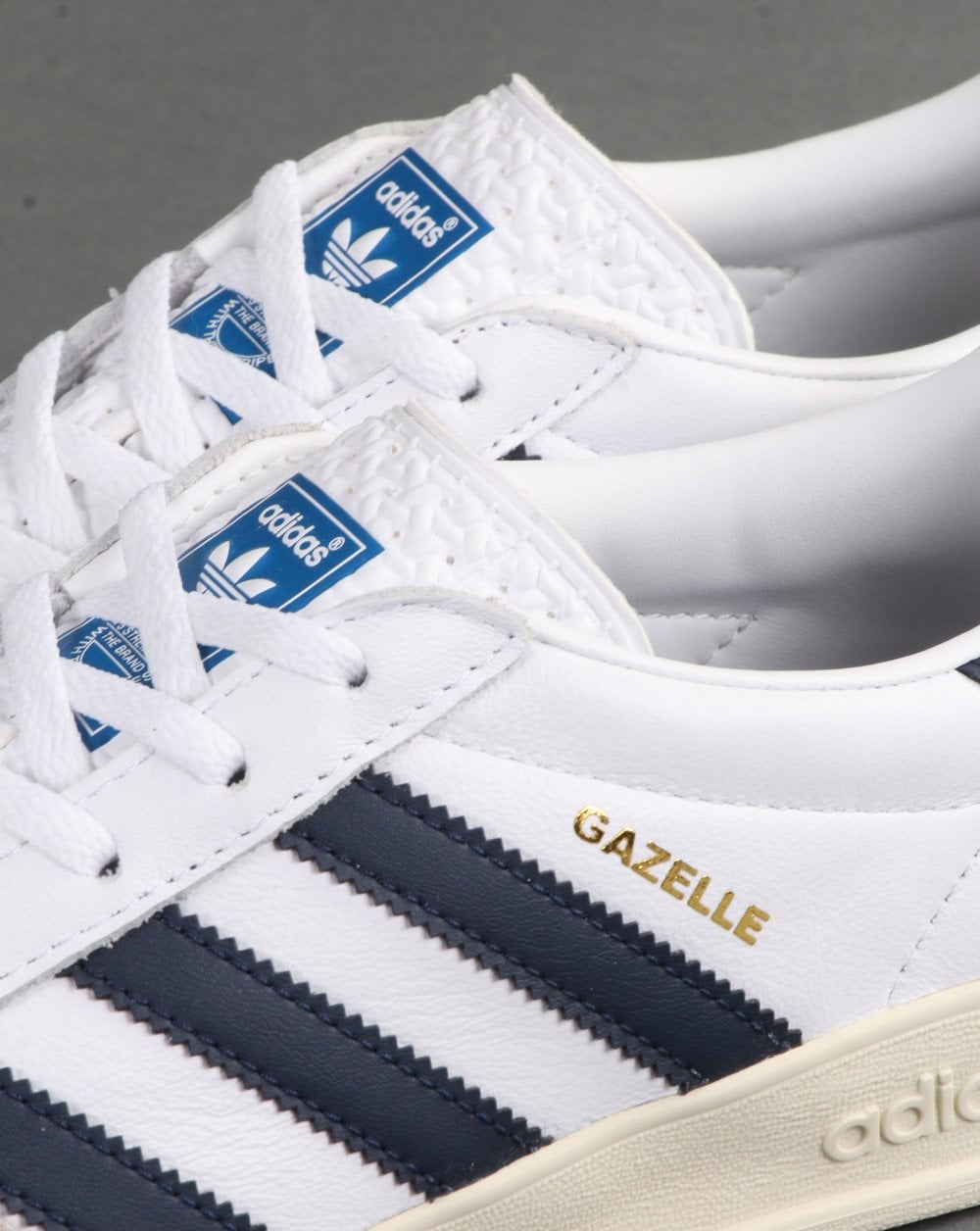 The adidas Gazelle Indoor is now re-worked for the latest season for a updated spin on the early 80s handball trainer. This latest version ditches the signature translucent gum sole unit of the original Indoor trainer for an off white sole for a unique retro look. Highlights of the re-worked classic include premium leather uppers in white with T-toe overlays in grey suede to the toe vamp. Contrasting navy leather 3 stripes to the sidewalls complete the classic adi look alongside original Trefoil branding to the tongue tab.