X
This site uses cookies to provide and improve your shopping experience. If you want to benefit from this improved service, please opt-in.
More Info
Accept Cookies
80's Casual ClassicsTrainersHow Cool Britannia Took The Gazelle To A New Level Of 3 Stripes’ Stardom
Menu 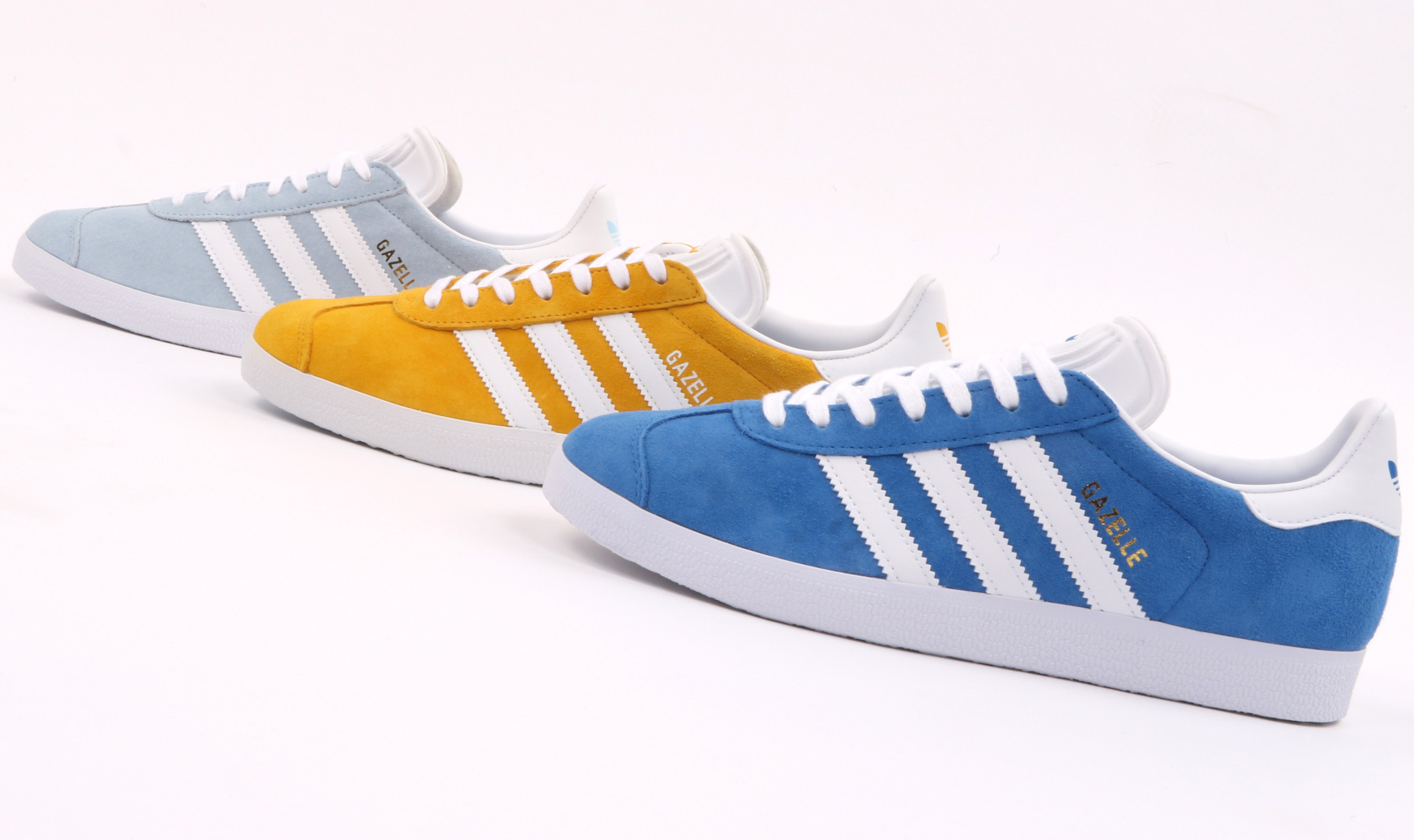 The adidas Gazelle trainer became the go to trainer for Britpop artists and British supermodels during Cool Britannia.

1991 was an absolutely massive year for music. Nirvana released Nevermind. REM released Out Of  Time. Massive Attack released Blue Lines. 808 State released ex:el & Primal Scream released Screamadelica. Hip House had really made its mark on the airwaves & Michael Jackson promoted racial unity with ‘Black & White’. The charts were an amalgamation of alternative grunge, heavy metal, rave, rap, piano house, pop music & …Bryan Adams. 1991 was also a massive year for the adidas Gazelle trainer. It was the year that saw the revival of the popular suede silhouette with a revamped 91′ model but this time it would leave a completely different mark all together. Perhaps the fact it was born into such a magical year of music had something do with the next generation of Gazelle wearers? The Gazelle was the trainer everybody wanted a piece of in the 90s from Britpop superstars to British supermodels. Cool Britannia took the Gazelle to a new level of 3 stripes’ stardom it had never witnessed before. 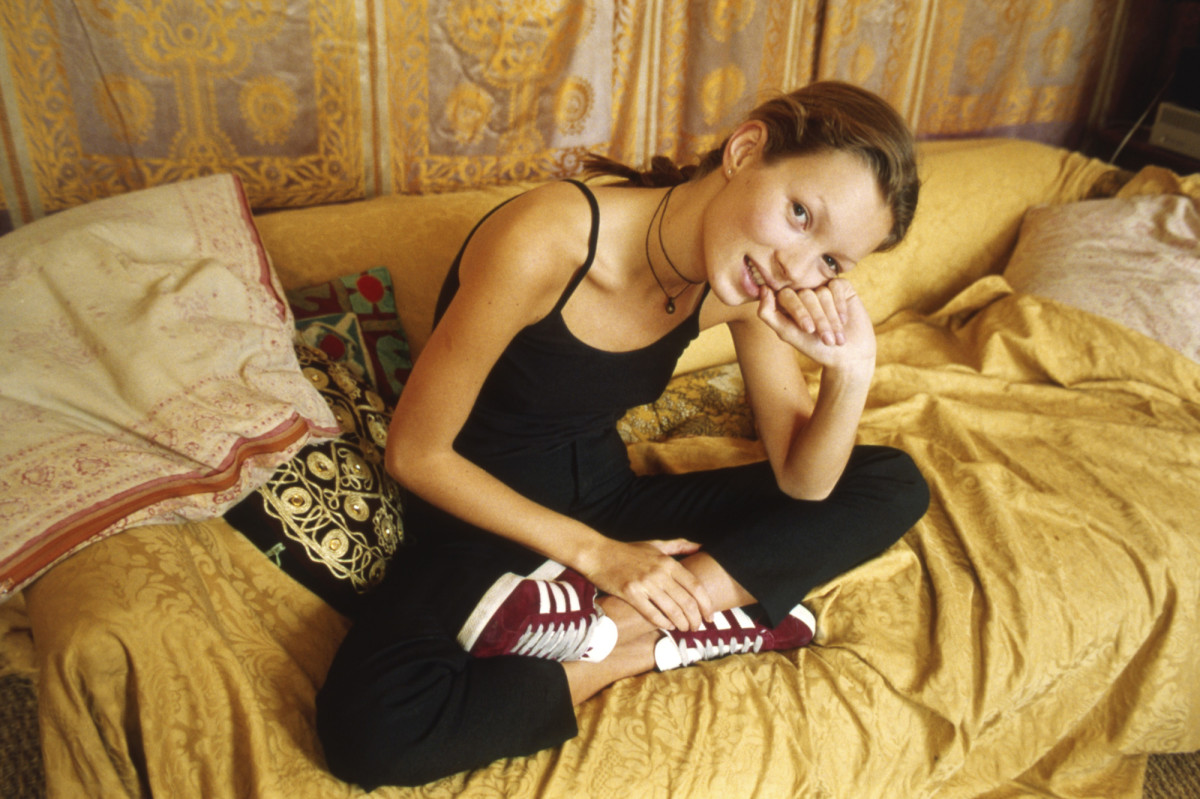 Above: Kate Moss was famously photographed wearing the adidas Gazelle trainer in 1993.

Before the Burberry check shirts, the bucket hats & the Battle of Britpop, the Gazelle was already a globally recognised adidas trainer. With its history spanning all the way back to the 1960s, the Gazelle marked one of the first trainers where the uppers were made entirely from suede. Moving away from traditional leather, the idea was that a suede upper would decrease the overall weight of the shoe. The Gazelle could also compete with the likes of the PUMA Suede which was also released around the same time for track athletes. Worn by a range of athletes the Gazelle was also previously worn by the West German football team as a multi purpose training shoe. The PUMA Suede equivalent for adidas, the Gazelle would go on to inspire numerous 3 stripes designs from the City Series and beyond.

Above: The adidas Gazelle trainer in a great range of colourways now available from 80s Casual Classics.

British supermodel, Kate Moss, was famously photographed in a pair of Burgundy Gazelle’s in 1993, at the very start of the Cool Britannia global takeover. The Gallagher brothers were also big fans of the Gazelle with the 3 stripes suede trainer also featuring in a variety of videos of the era. For example, Jamiroquai’s Jay K can be seen sporting a pair of black Gazelle’s in the video for ‘Virtual Insanity’ from 1996. The sporty looks of the Gazelle and the fact it was available in just about every hue on the colour chart summed up the style of Cool Britannia & the colourful 90s era. The 1991 Gazelle is arguably the most recognisable of the OG adidas suede style. 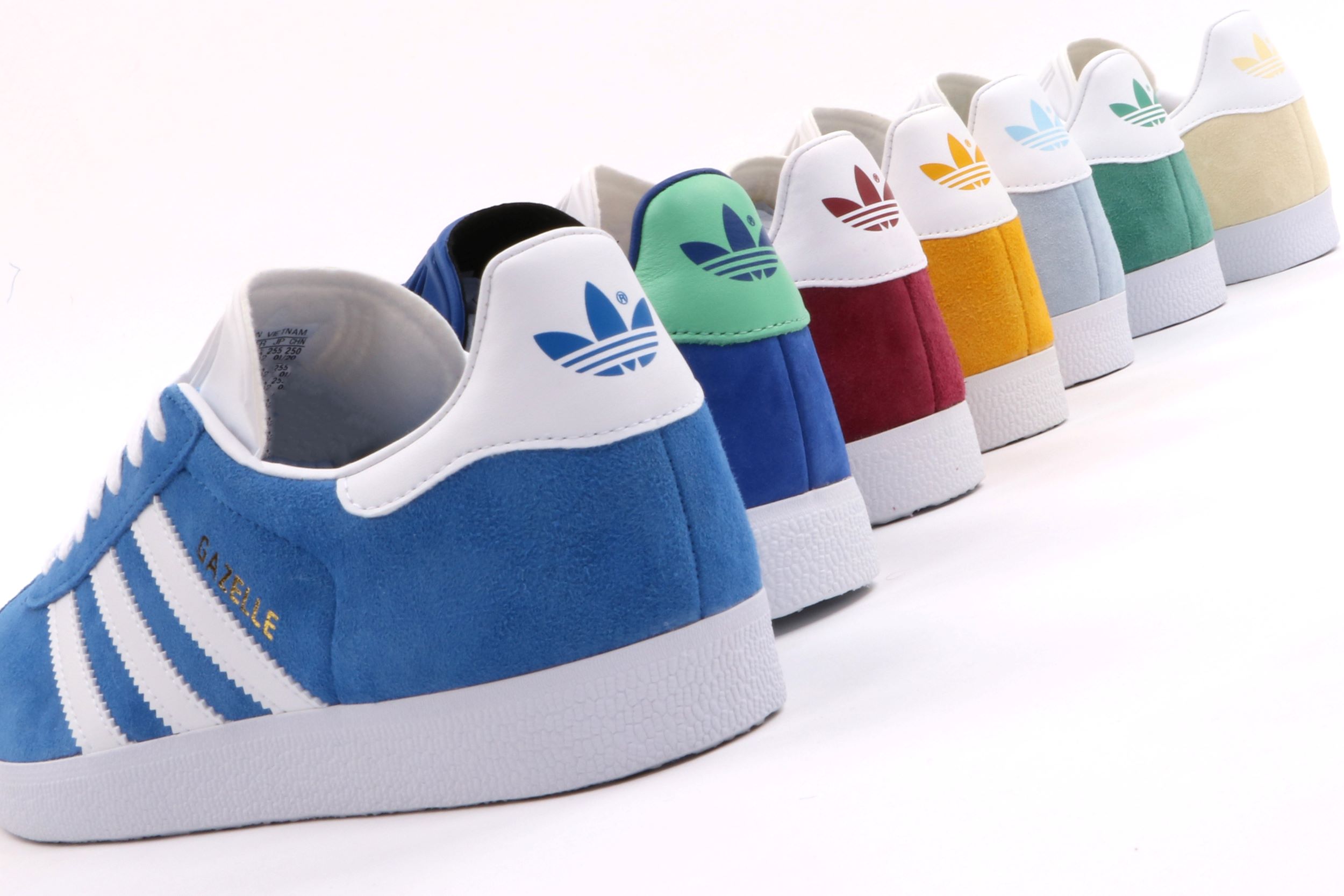 Above: The adidas Gazelle trainer in a great range of colourways now available from 80s Casual Classics.

The Gazelle now returns to 80s Casual Classics in all its early 90s glory. With the introduction of a selection of summery hues the latest version gives a nod to the Gazelle’s colourful 90s heydays. Available in an assortment of fresh colourways from burgundy to royal blue, the Gazelle is a must have trainer style for adidas fans’ of all ages. We’ve also now introduced the iconic ‘Bluebird’ colourway which is arguably one of the most recognisable iterations of the OG 3 stripes trainer. The Bluebird colourway was famously worn by Noel Gallagher throughout the Manchester band’s 90s heydays. 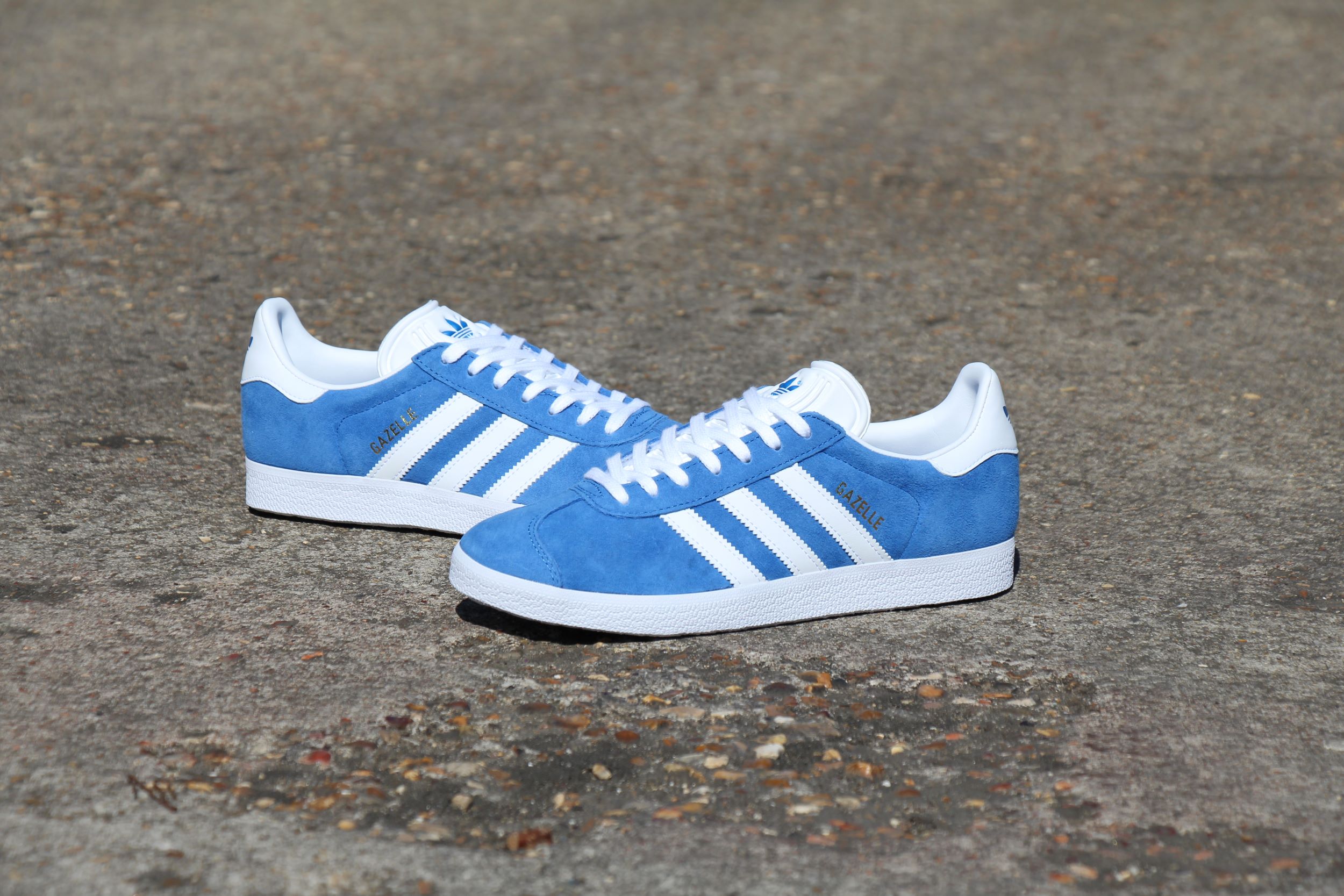 Above: The adidas Gazelle trainer in the iconic ‘Bluebird’ colourway now available from 80s Casual Classics.

Highlights of the latest Gazelle release include the signature lightweight suede uppers with contrasting leather 3 stripes to the sidewalls and original trefoil branding to the tongue and heel tab. The archive design is finished off with ‘Gazelle’ in the signature gold foiling to the sides and the sporty looking white textured midsole.