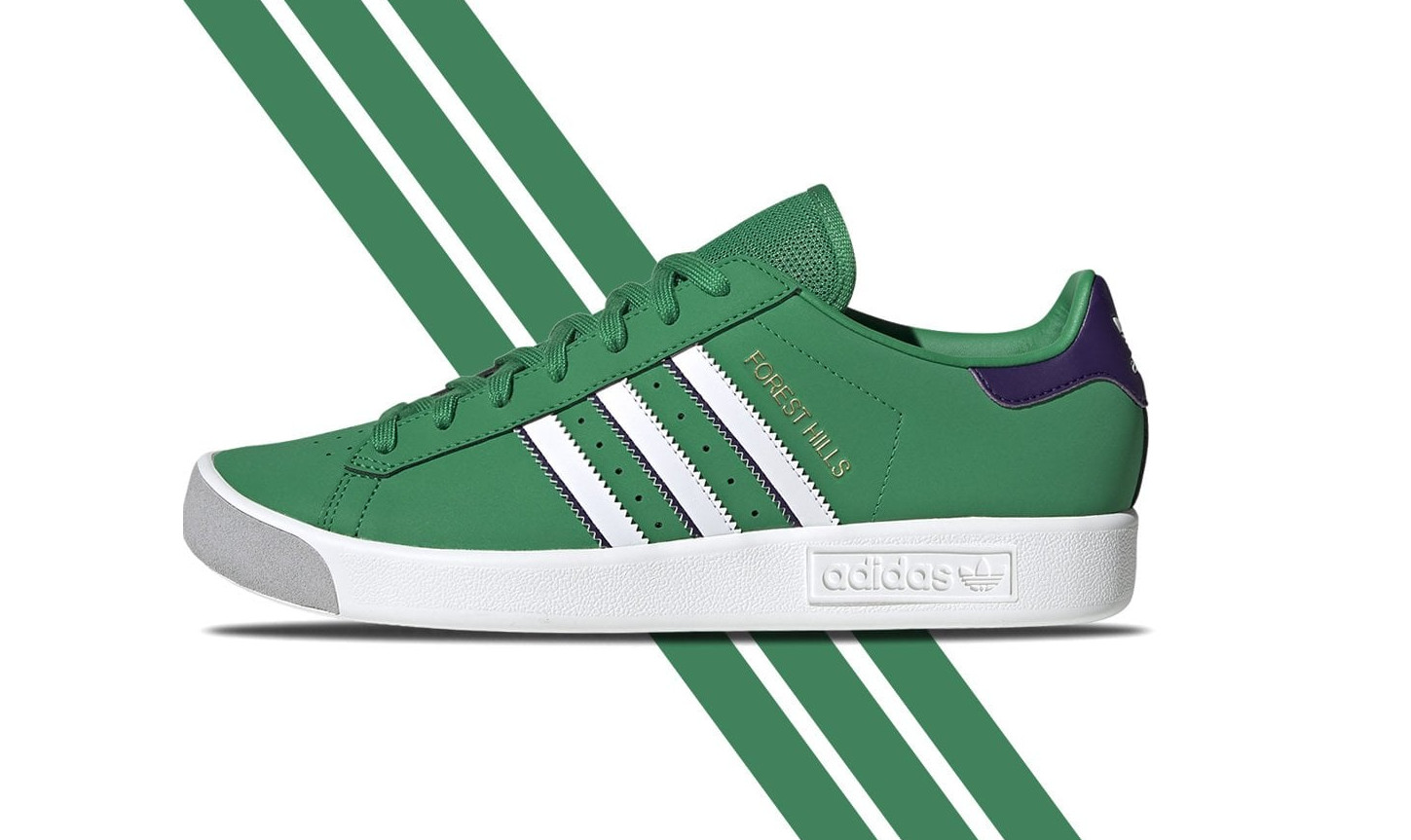 There’s something about a classic adidas trainer in that original collegiate green colourway with white stripes that just looks the business. Whether its on the Gazelle, the Campus or the SL72, it’s just a timeless adidas colourway combination that never really tires. Green isn’t generally a colour we usually associate with the Forest Hills trainer but this latest version of the OG tennis shoe certainly looks to change that. adidas have now re-worked the lightweight casual tennis shoe in an updated green/white colourway for the latest season & doesn’t it just look the business. 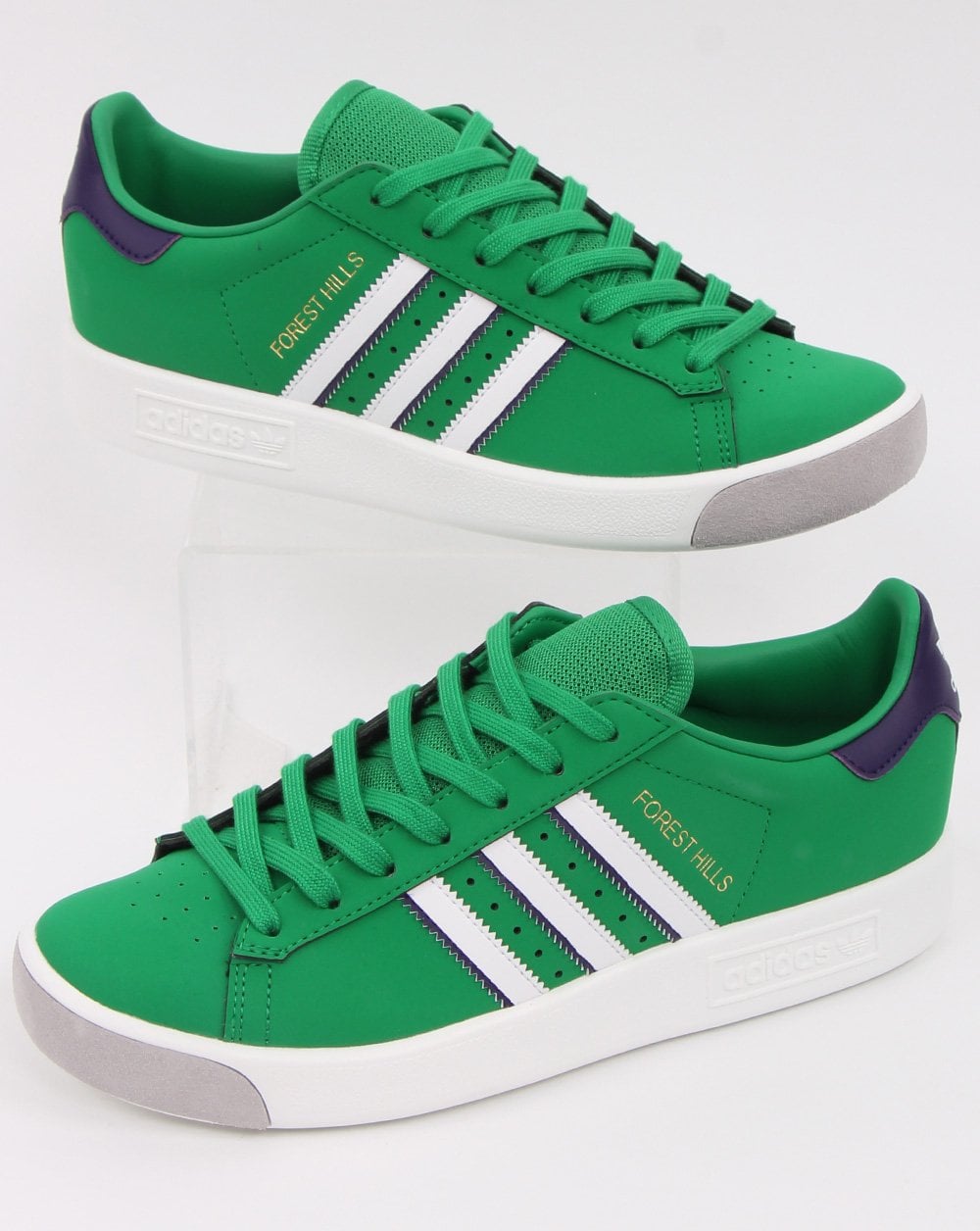 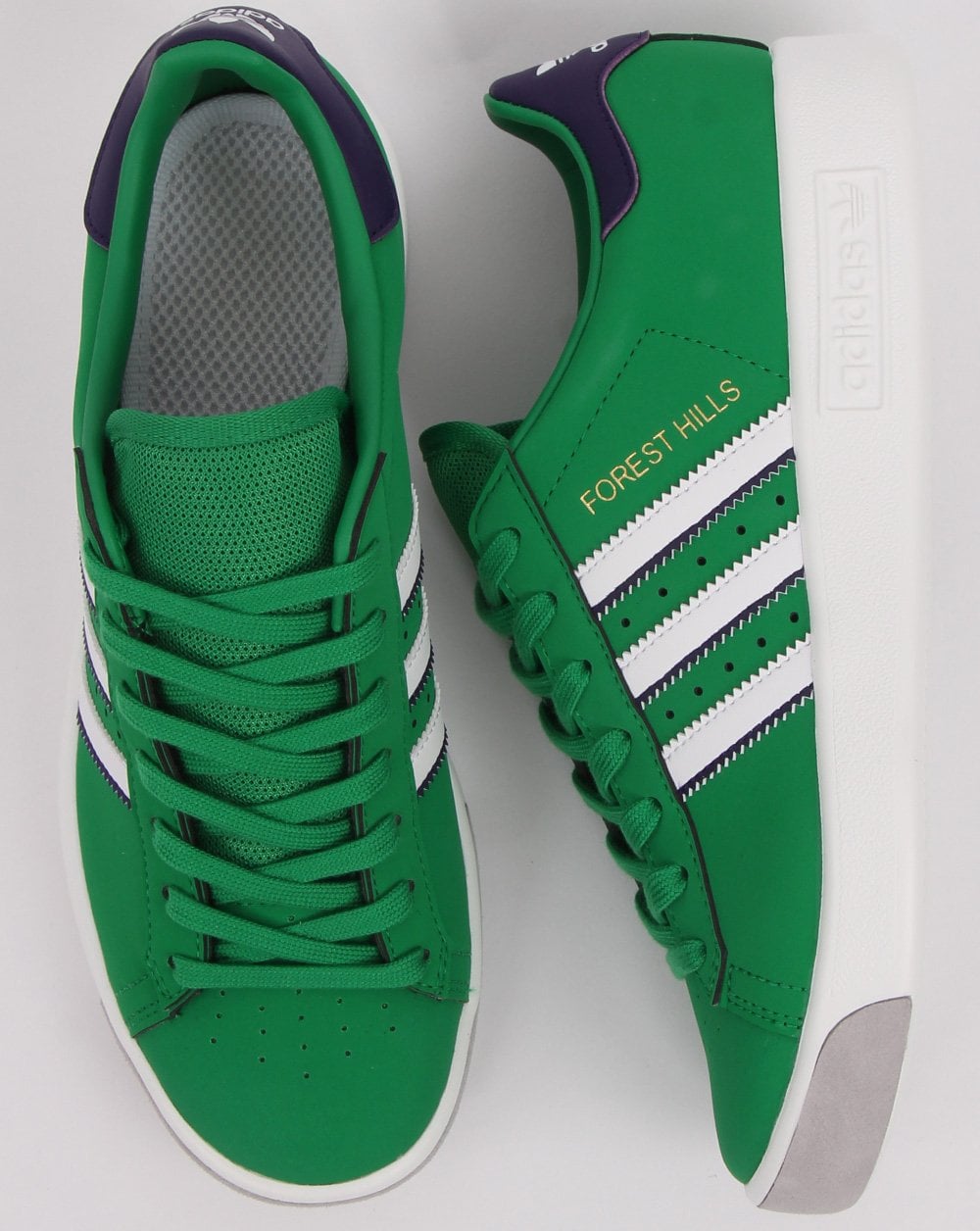 First released back in 1976, the tennis trainer took its name from the Forest Hills area of Long Island New York and the home of the Forest Hills stadium which played host to major grand slams such as the US Open back in the 1970s. Built for speed and traction, the Forest Hills boasted a NASA designed footbed for superior performance & perforations for breathability. Its contrasting yellow sole unit and gold 3 stripes looked like nothing ever seen before as far as tennis trainers were concerned. It’s hefty price tag & elitist appeal was quickly adopted by the casuals of the late 70s & early 80s with renowned North West sportswear stores such as Wade Smith in Liverpool importing the 3 stripes tennis shoe direct from Germany. The Forest Hills is quite simply one of the most respected 3 stripes trainers out there for its exclusivity & casual kerb appeal.

Now updated in an exclusive green colourway the Forest Hills returns to 80s Casual Classics for the latest season. Highlights include suede uppers in a rich green colourway with an added touch of purple to the heel tab and 3 stripes. The traditional yellow sole unit is also replaced with a clean looking white & grey version. Other features include an updated mesh tongue, original trefoil branding to the midsole and the signature perforations to the sidewalls and toe-vamp for added breathability. The updated classic is finished off with ‘FOREST HILLS’ in gold foiling to the sides. A must have trainer from a golden era of 3 stripes.