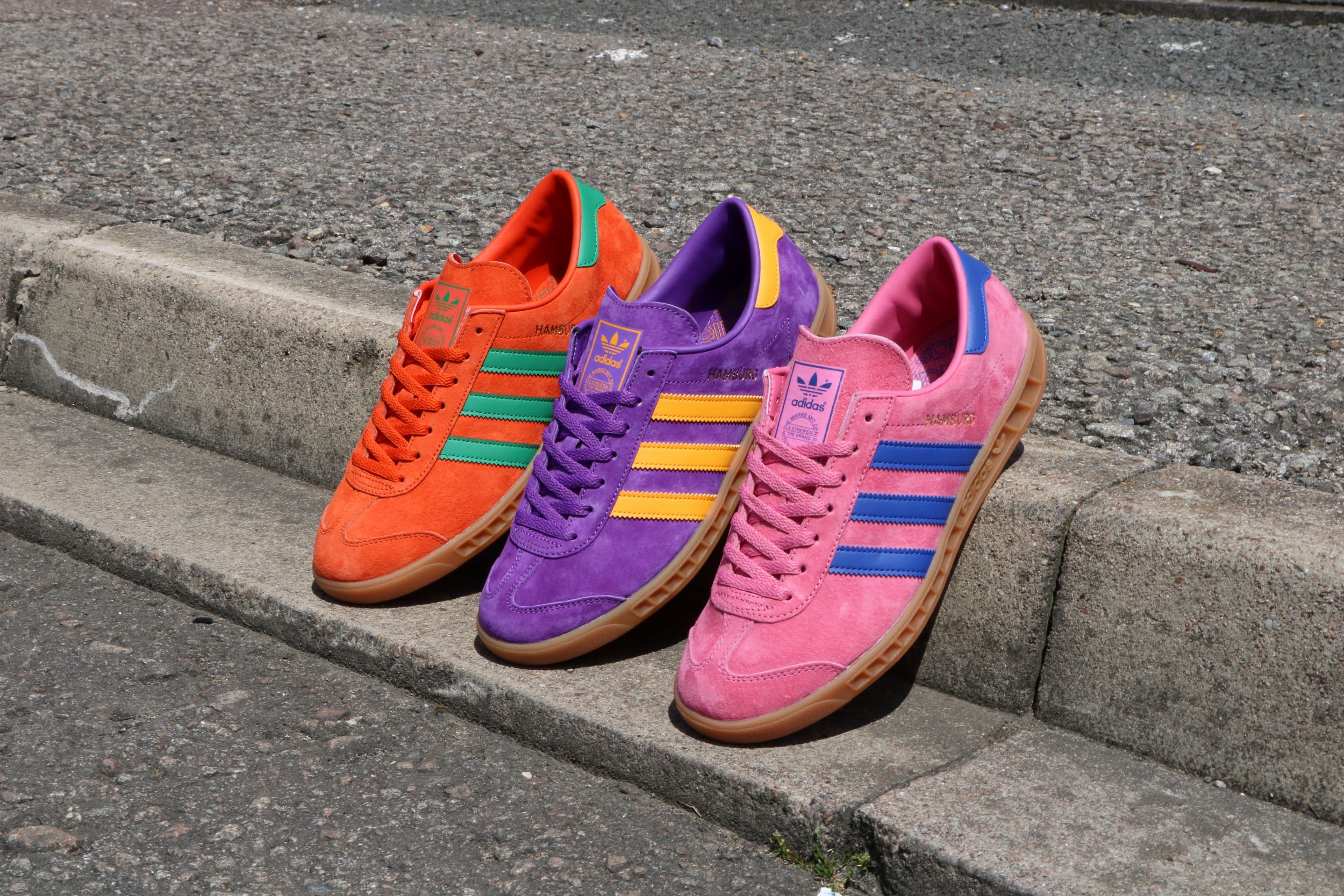 The adidas City Series started with the European City series in the 1970s & featured a range of iconic 3 stripes trainers like the adidas Hamburg.

What is it about the adidas City Series that still makes it so special? The rarity of the OG models, the subcultural connection of the Casuals & the fond memories of looking in your local sports-shop window have all played a massive role in the revival and modern day demand for the coveted City Series. Amsterdam, Berlin, Koln, London, Athens, Belfast, Dublin, Paris, Brussels, Copenhagen, Malmo, Stockholm, Oslo, Turin, Valencia, Milan, Manchester, Frankfurt, Rome & Hamburg to name a few have all featured as part of the highly sought after European City Series from adidas. First introduced in the 1970s, it was the European City Series that kicked things off with some of the most collectible adidas trainers the footwear world has probably ever seen. Each trainer took colourway inspiration from its respective city. It was all about the colourways, the rarity and the fact a lot of the OG models were like gold dust to get your hands on. One of them classic City Series trainers is the adidas Hamburg which now arrives in a trio of vibrant colourways. 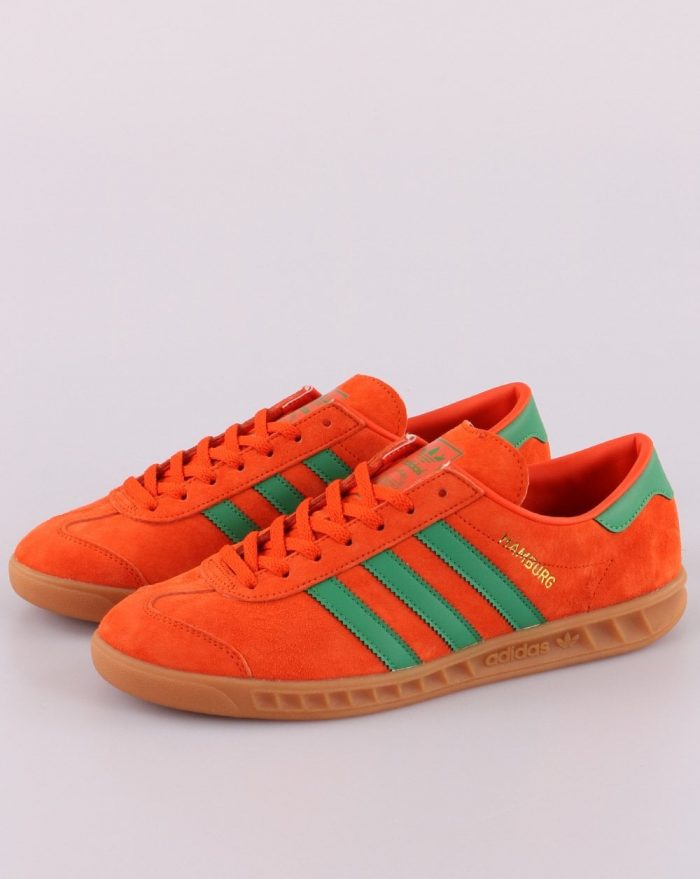 The adidas City Series wasn’t just a continental thing though, it also went international with the introduction of the North American City Series in the 1980s. The New York, the Dallas, the Atlanta, the Los Angeles & the Boston Super are still some of the greatest running shoes adidas have ever released. The were also part of the celebrated City Series, swapping the traditional gum soled styles of the European series for the latest trainer tech & running innovation. The curb appeal of the City Series came to worldwide recognition at the 1984 Los Angeles Olympics with the launch of the adidas Los Angeles trainer and its revolutionary peg sole system. 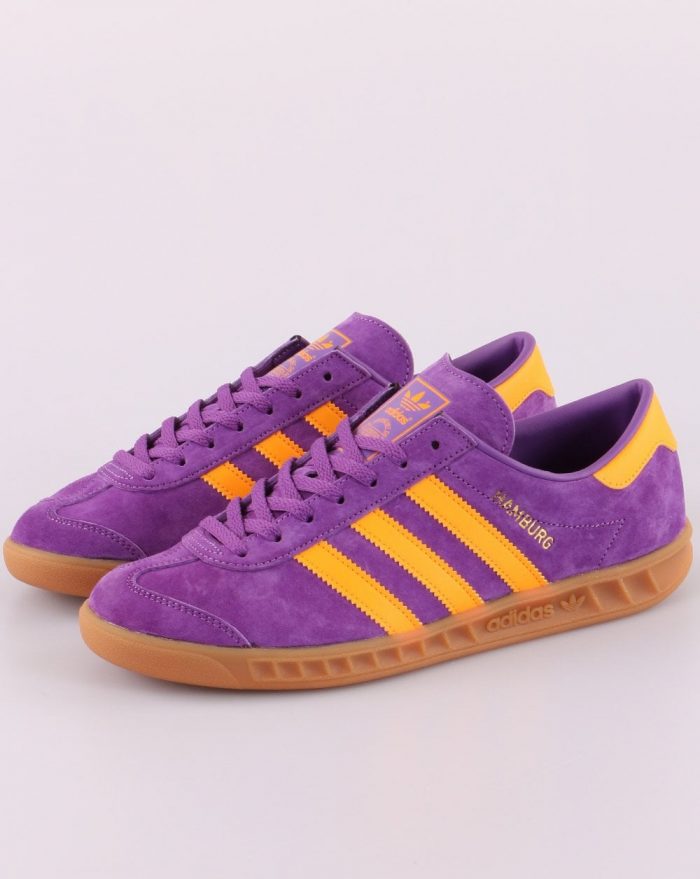 Above: The adidas Hamburg trainer in purple/gold now available from 80s Casual Classics.

In more recent years the City Series has seen a massive resurgence thanks to OG re-releases & a new generation of 3 stripes collectors & fans. Not every original City Series has seen a re-release though (yet), making some of the OG styles more collectible than ever. Back in 2014, adidas revived the Hamburg from the Herzogenaurach archives, a classic 3 stripes trainer that has since come back in a big way. Nearly 10 years later the Hamburg still remains a key style on the 80s Casual Classics trainer wall. 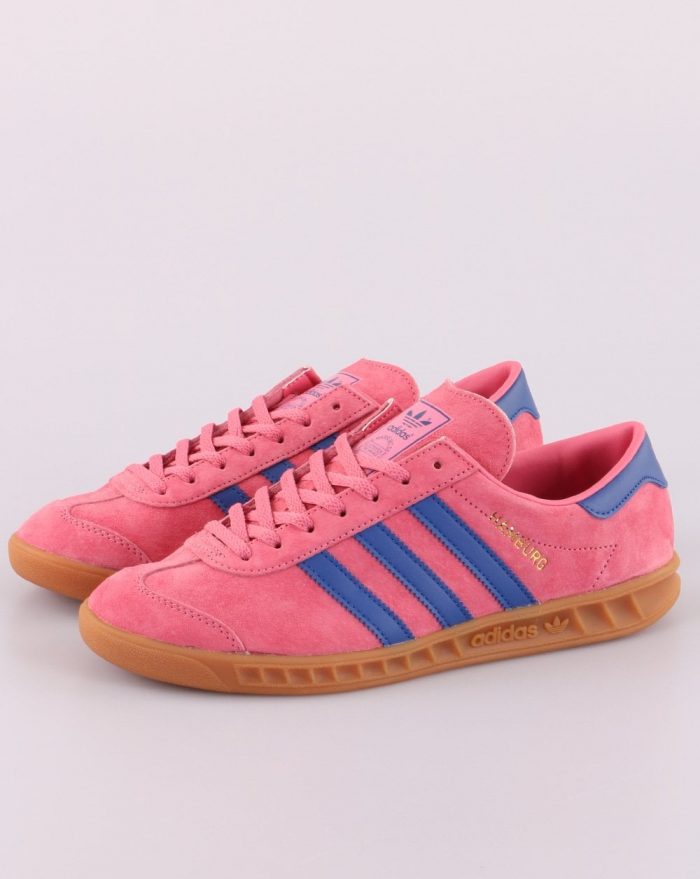 First released back in 1982 as part of the original European City Series, the adidas Hamburg looked to the North German port city for its design inspiration. Originally made in Yugoslavia, the Hamburg featured the signature gummy sole unit with rich suede uppers & the famous t-toe detailing to the front. Designed as an indoor training shoe, the Hamburg now returns in a trio of vibrant colourways. Featuring premium suede uppers with contrasting leather 3 stripes & heel tab with ‘Hamburg’ lettering in gold foiling to the lateral sides. The early 80s icon is finished off with original trefoil branding to the tongue tab & of course the signature gum sole unit. Shop the celebrated City Series trainer now via the links.