X
This site uses cookies to provide and improve your shopping experience. If you want to benefit from this improved service, please opt-in.
More Info
Accept Cookies
80's Casual ClassicsTrainersFrom The Beastie Boys To Britpop: The adidas Campus Is An All Time Casual Classic
Menu 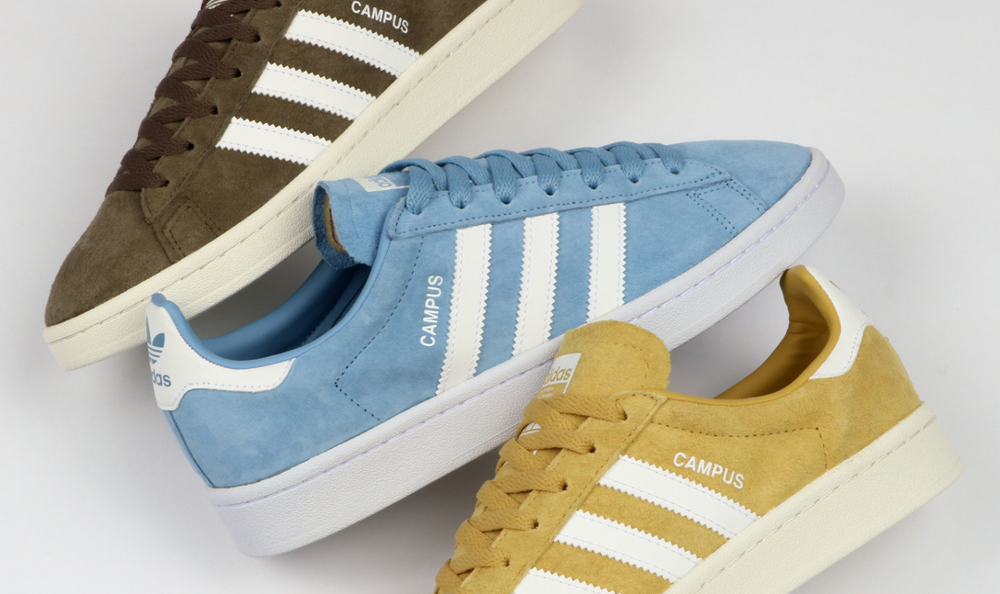 The adidas Campus is a classic 3 stripes trainer having close connections to music and subcultures since the 1980s.

There has always been something effortless and honest about the adidas Campus that has made it a firm favourite in the 3 stripes family over the last 30 or so years. As far as classic adi’ goes, aesthetically it doesn’t get much more straight forward; 3 stripes, soft uppers and that signature adidas trainer feel. Although the Campus ‘officially’ made its comeback last year, its presence never really left. It has been considered a classic since day one and was released in an era where sportswear ruled the roost. Like PUMA had their Clyde, the Campus came as a 3 stripes alternative to a basketball court trainer, quickly gaining its respect off the court with different subcultures. An interesting fact for 3 stripes fanatics is that the Campus actually started its life at the ‘Tournament’ trainer, geared up for the court and going on to adapting the ‘Campus’ name in 1980. 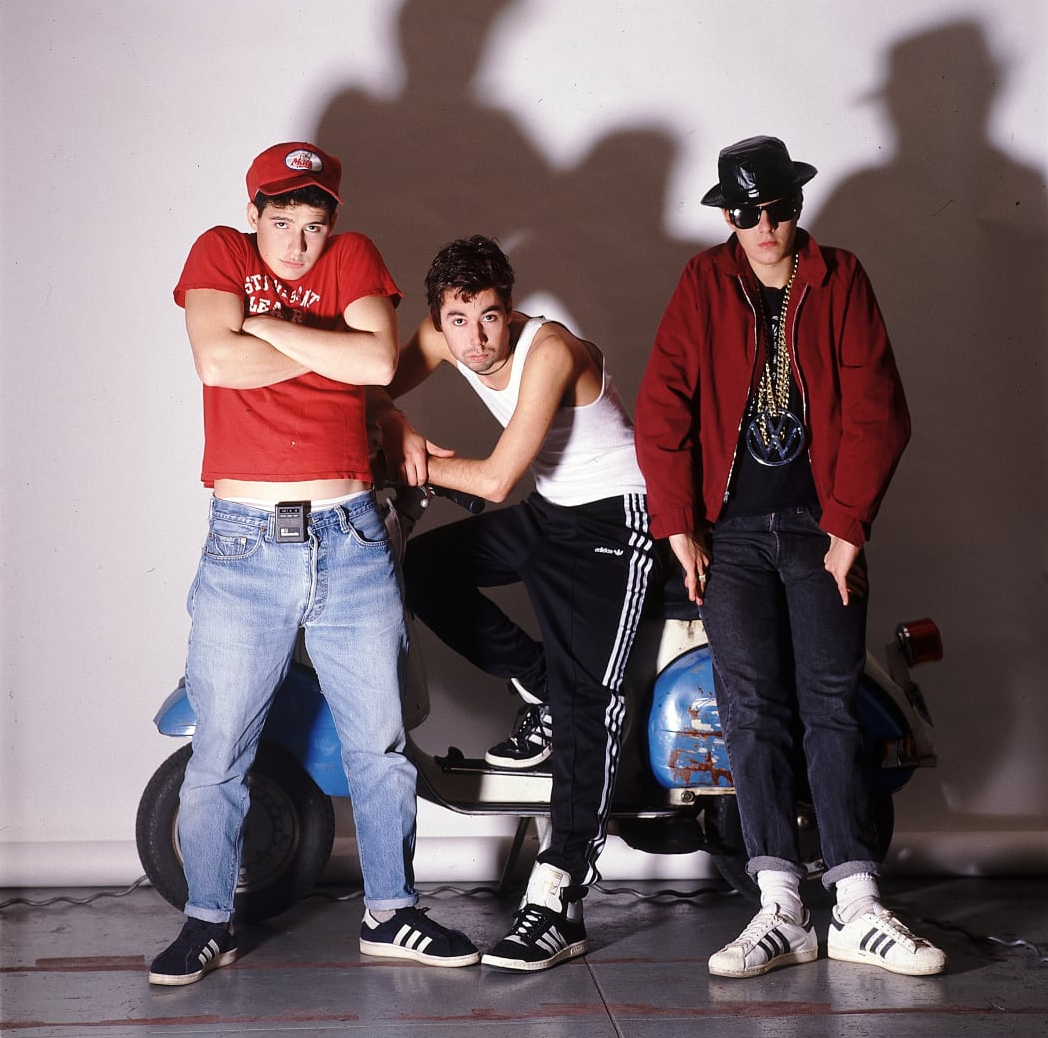 Above: Licensed To Ill’, The Beastie Boys in 1986 with Adam Keefe Horovitz aka Ad- Rock (left) wearing a pair of adidas Campus.

The Campus not only made its mark on the original casual movement during the 80s but also with the burgeoning hip hop movement throughout the 80s and early 90s in New York. Old School hip hop pioneers like The Beastie Boys were constantly seen sporting the classic 3 stripes trainer, putting adi’ on the map in the states to what had been traditionally dominated by the likes of Nike. The Campus connection with music and subculture is far greater than any of its 3 stripes relatives, merging the lines between different genres as well as being a big hit on the 90s Britpop scene with the likes of Oasis & Blur. 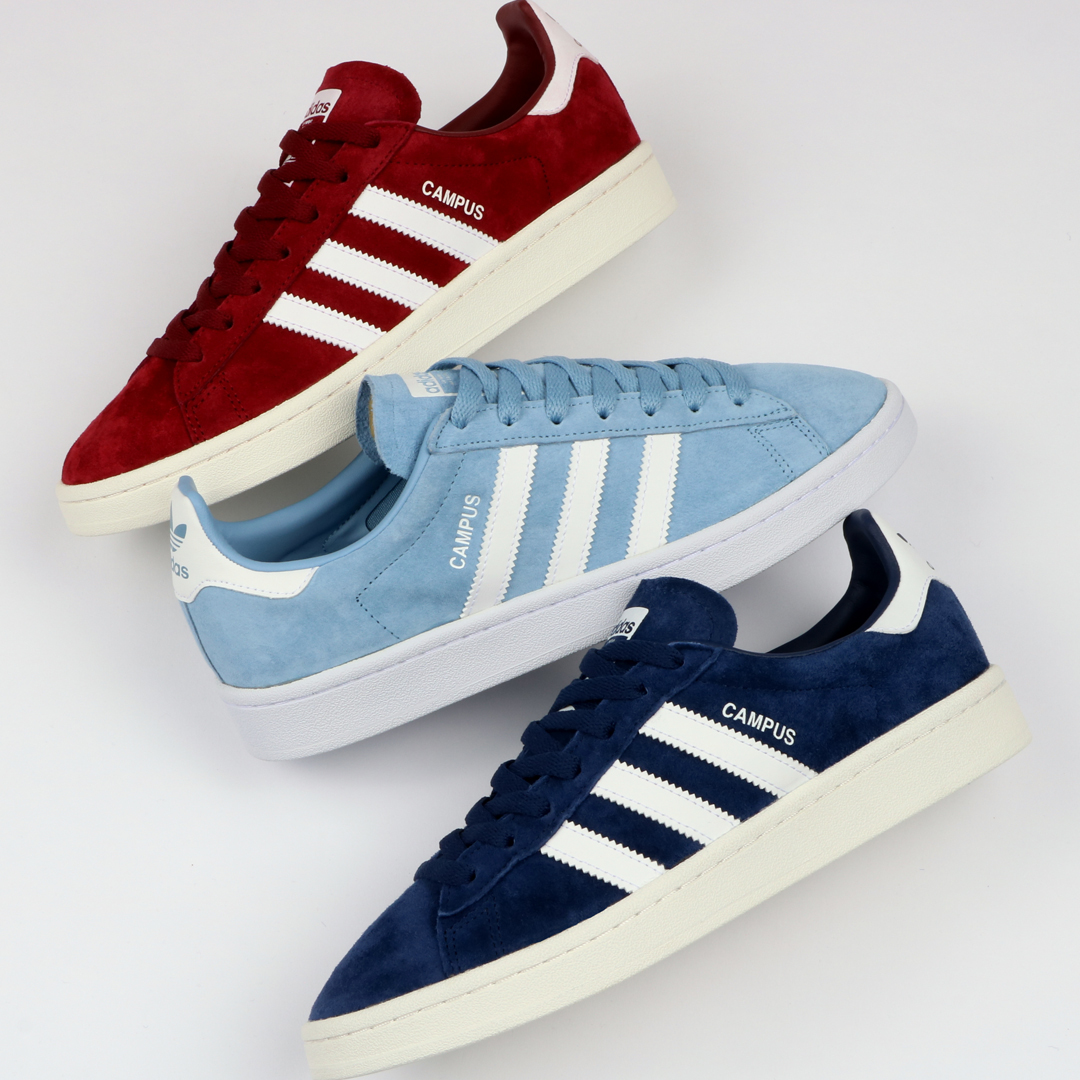 Above: The adidas Campus in a selection of new colourways (Burgundy, Sky Blue & Rich Navy) to 80s Casual Classics.

The classic court trainer is now available at 80s Casual Classics in a selection of new and original colourways from sky blue to yellow and burgundy. Features include premium nubuck uppers, white contrasting 3 stripes and heel tab and that signature white Campus sole unit synonymous to the original 3 stripes classic. Did we also mention we have got pretty much every size from UK 6 to UK 13 available? So whatever your size, we’ve got you covered. 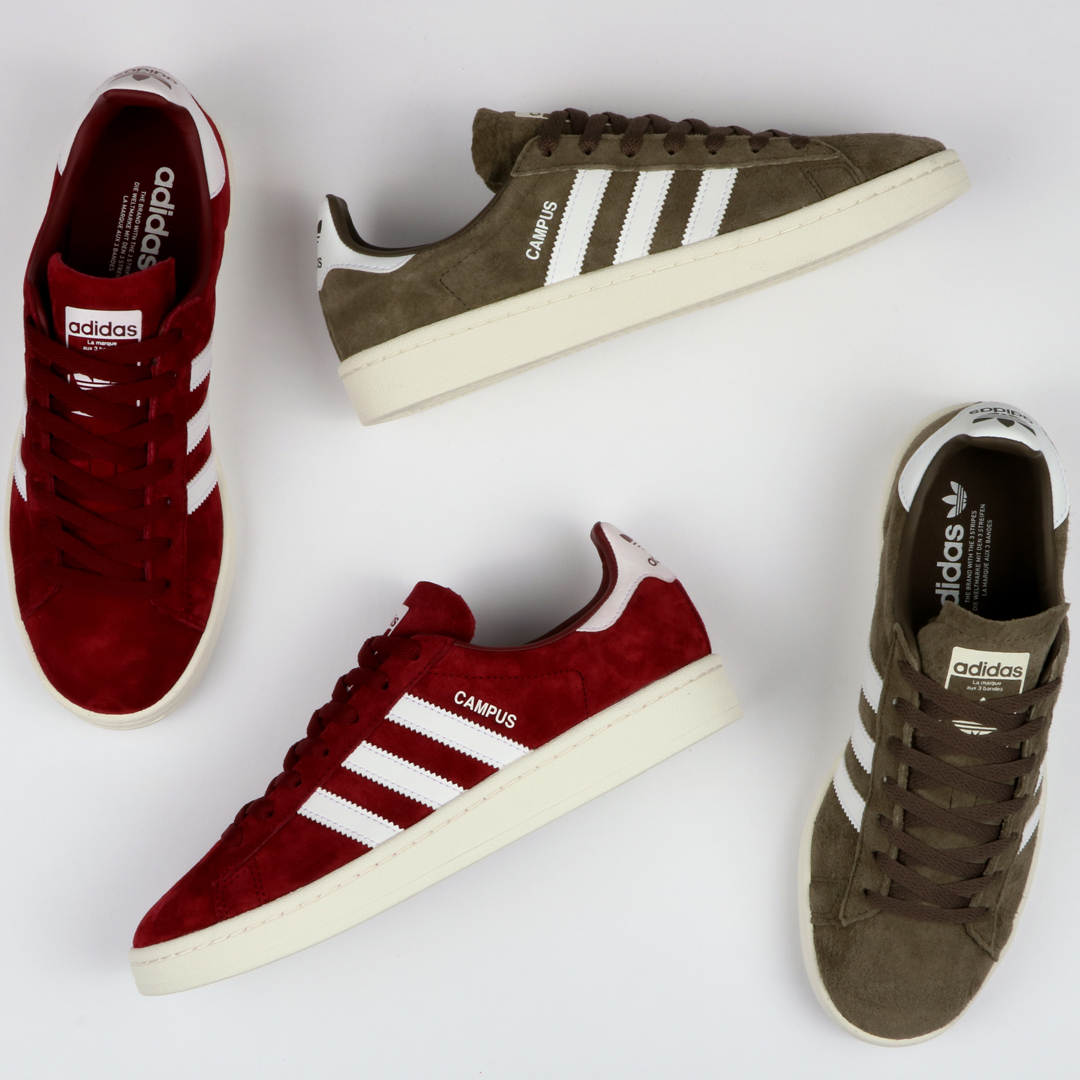 Above: The adidas Campus in Burgundy & Green now available at 80s Casual Classics.