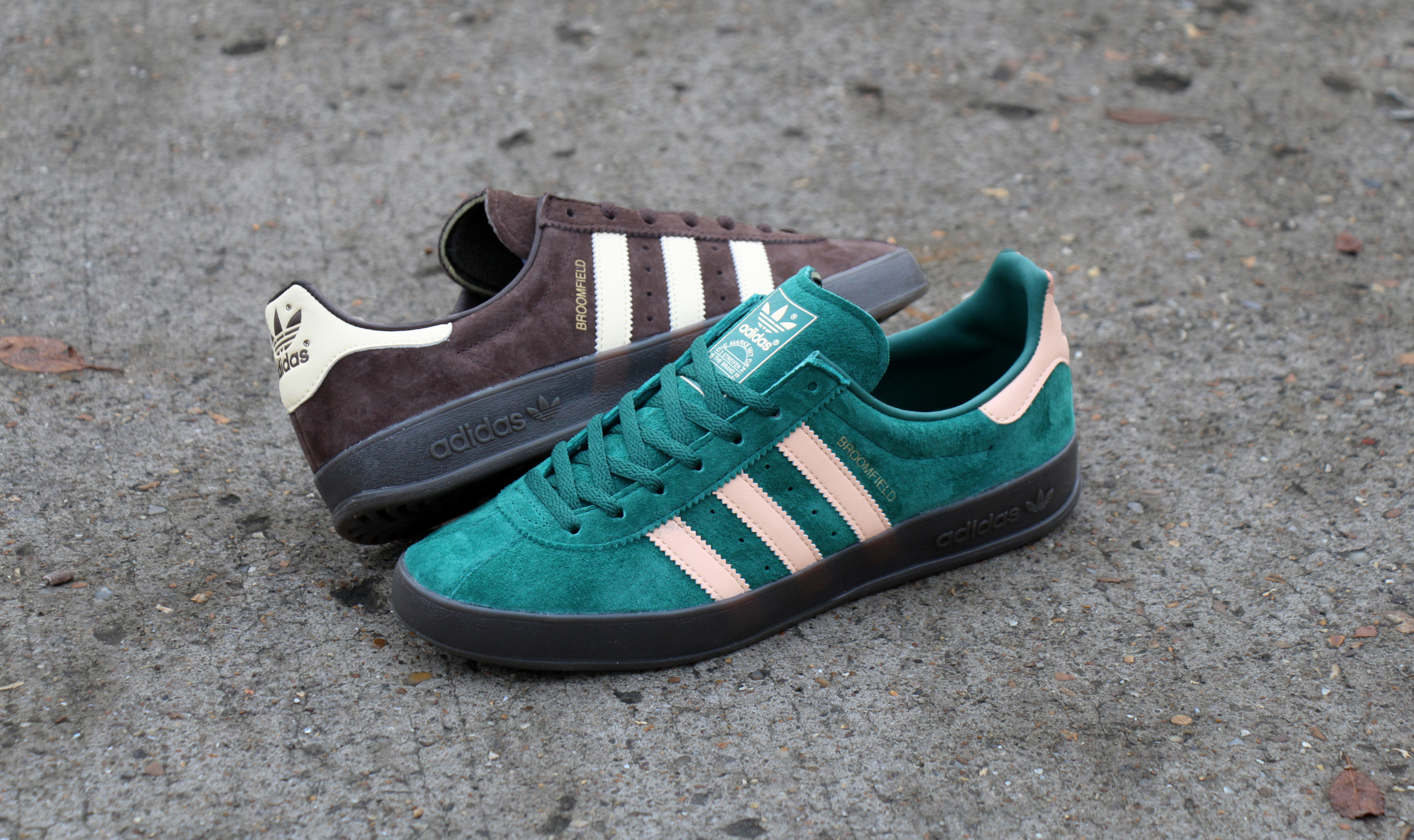 Harking back to the 3 stripes archives, the adidas Broomfield trainer takes original design inspiration from the AS700.

There’s nothing more appealing than a classic adidas trainer style with its own story behind the design. The adidas Broomfield trainer is not only rich in 3 stripes heritage and nostalgia, but has also got its own little story behind it. In the case of the Broomfield it’s a heartwarming tale of charity, the love & passion for your local football team and a subtle nod to the casual archives of the Herzogenaurach born sportswear brand. Although the Broomfield name itself is a recently launched adidas trainer, the design inspiration of the shoe goes all the way back to the 1980s. The lifeline of the Broomfield started with Mark Allison, a die hard Airdrie football fan and adidas collector. Mark started to raise money for the Pancreatic Society of Scotland after also been diagnosed with the disease. With only 6 months to live Mark decided to spend the remainder of his life raising awareness of the disease with two of his close mates getting in touch with adidas about his story. The news quickly gained the attention of Gary Aspden (adidas SPEZIAL curator) who decided to do an ‘Endorsed by Mark Allison’ Stan Smith trainer in honour of all his charity work. After Mark sadly passed away, the Mallison SPZL was released in 2017, taking design inspiration from the original AS700 silhouette from the 80s. Each shoe also featured Mark’s date of birth and age (09 06 67 49) to the inners in celebration of the lifelong Airdrie football club fan.

The Broomfield puts a modern spin on the AS700 trainer, a classic 3 stripes style from the adidas archives that was originally released in Japan and Europe in the 1980s. Taking the name of the previous home of Airdrieonians F.C., the Broomfield continues the legacy of Mark Allison with an updated archive silhouette of a classic 80s adidas shoe. Broomfield Park was the home of Airdrie United Football Club up until the 1993-94 season when the ground was closed to make way for a new supermarket development. 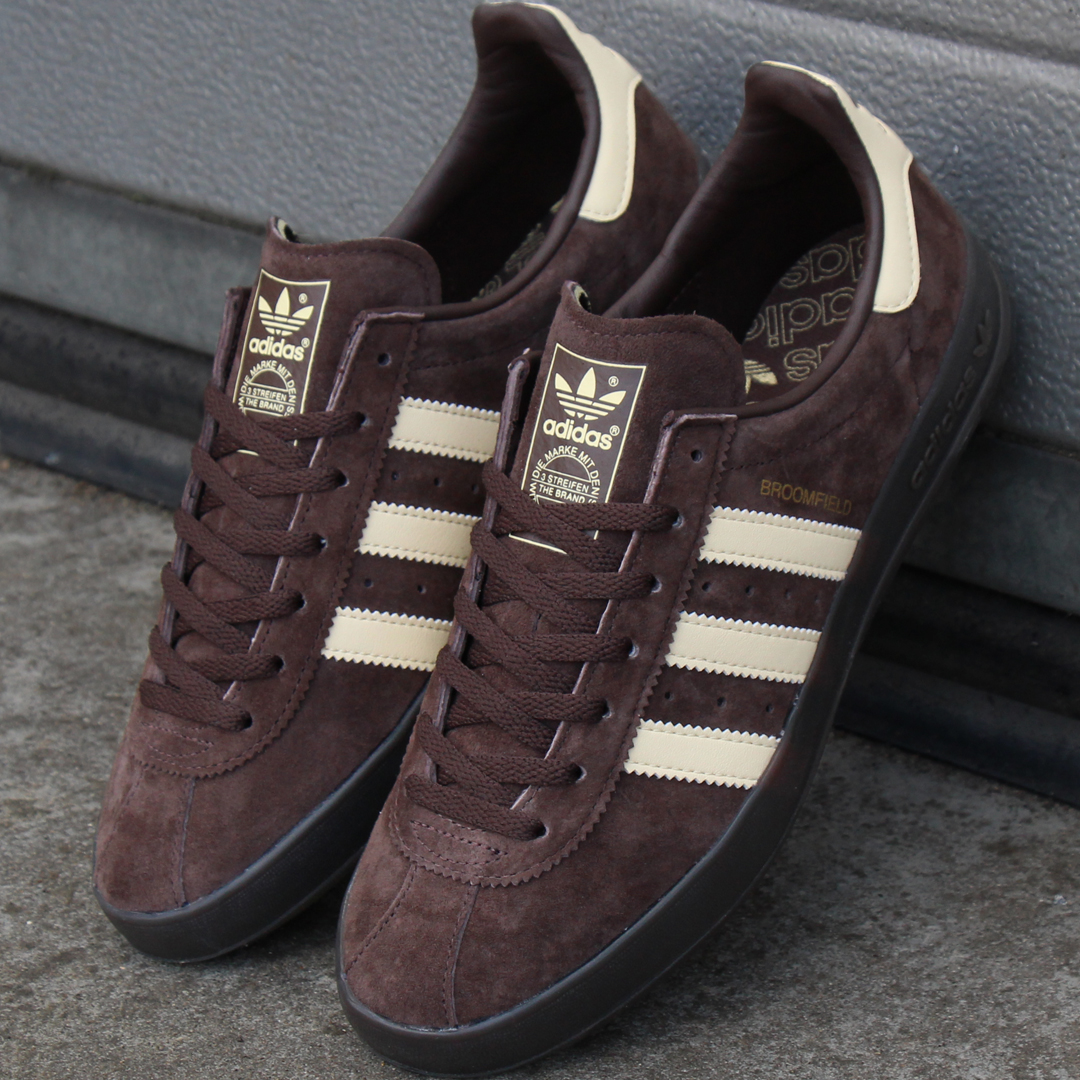 Above: The adidas Broomfield trainer in brown/easy yellow now available to pre-order from 80s Casual Classics.

The adidas Broomfield trainer is now introduced to 80s Casual Classics in some archive inspired colourways. Available for a mid November delivery the updated 80s inspired silhouette features premium suede uppers in either brown or the classic adidas colourway of collegiate green. Other highlights of the AS700 inspired trainer includes the original T-toe design to the front of the shoe with leather 3 stripes and perforations to each side. The Broomfield trainer is finished off with original trefoil branding to the suede tongue and ‘BROOMFIELD’ in gold foiling to the sides. A translucent sole unit wraps around the shoe which is similar in appearance to styles like the Gazelle Indoor. A must have retro 80s style for any serious 3 stripes trainer collector.