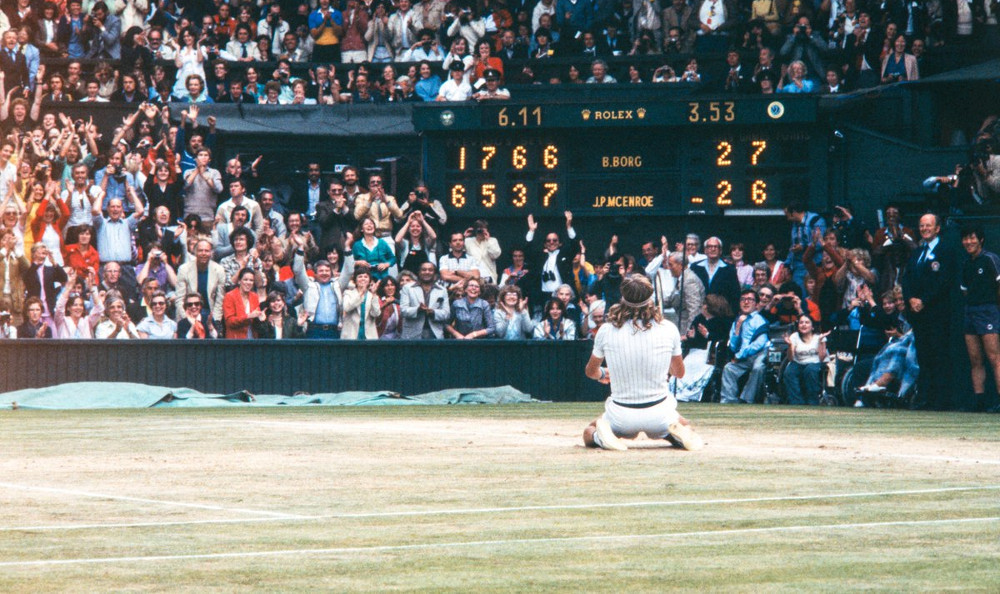 ‘Whiter than white’, no its not a washing detergent advert but just some of the greatest tennis gear that ever existed.

Isn’t it great this time of year for sport lovers? With the beginning of July not only marking the start of the summer but also the start of the most celebrated tennis events on the entire planet, Wimbledon. If football has the World Cup, the tennis equivalent would most certainly be Wimbledon. Yes there’s the US, Australian and French Open’s but nothing really compares to the heritage and legacy of Wimbledon, not to mention the legends that have graced centre court over the last 100 years. A celebration of the good old British summer time, brought to life with traditions like strawberries and cream and a glimpse of some of the top talent the tennis world has to offer. We’re also reminded about the rich sportswear heritage the tournament boasts with the all white uniform of the famous ‘Wimbledon whites’ a tradition which only the London tennis event still adheres to. 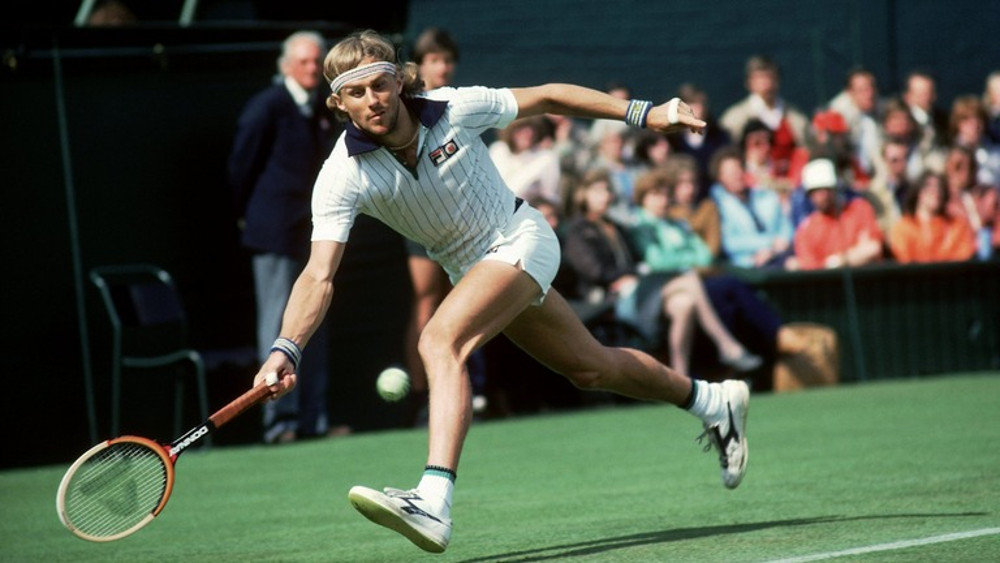 The 1920s and 1930s saw tennis legends such as Mr Lacoste himself, René Lacoste, and Fred Perry revolutionize the sport turning centre court into a catwalk for like minded dressers and athletes. Fast forward to the early 70s and Stan Smith stamped his signature all white 3 stripes on the Wimbledon grass closely followed by an era that we consider to be the greatest of them all, the Borg vs McEnroe era. The Borg McEnroe rivalry would go down in tennis history as the fiercest of them all, meeting on centre court for 2 consecutive years in 1980 and then also in 1981. It wasn’t just about the tennis rivalry though, it was also about the getup with both players wearing the latest Italian sportswear labels, Fila & Sergio Tacchini. 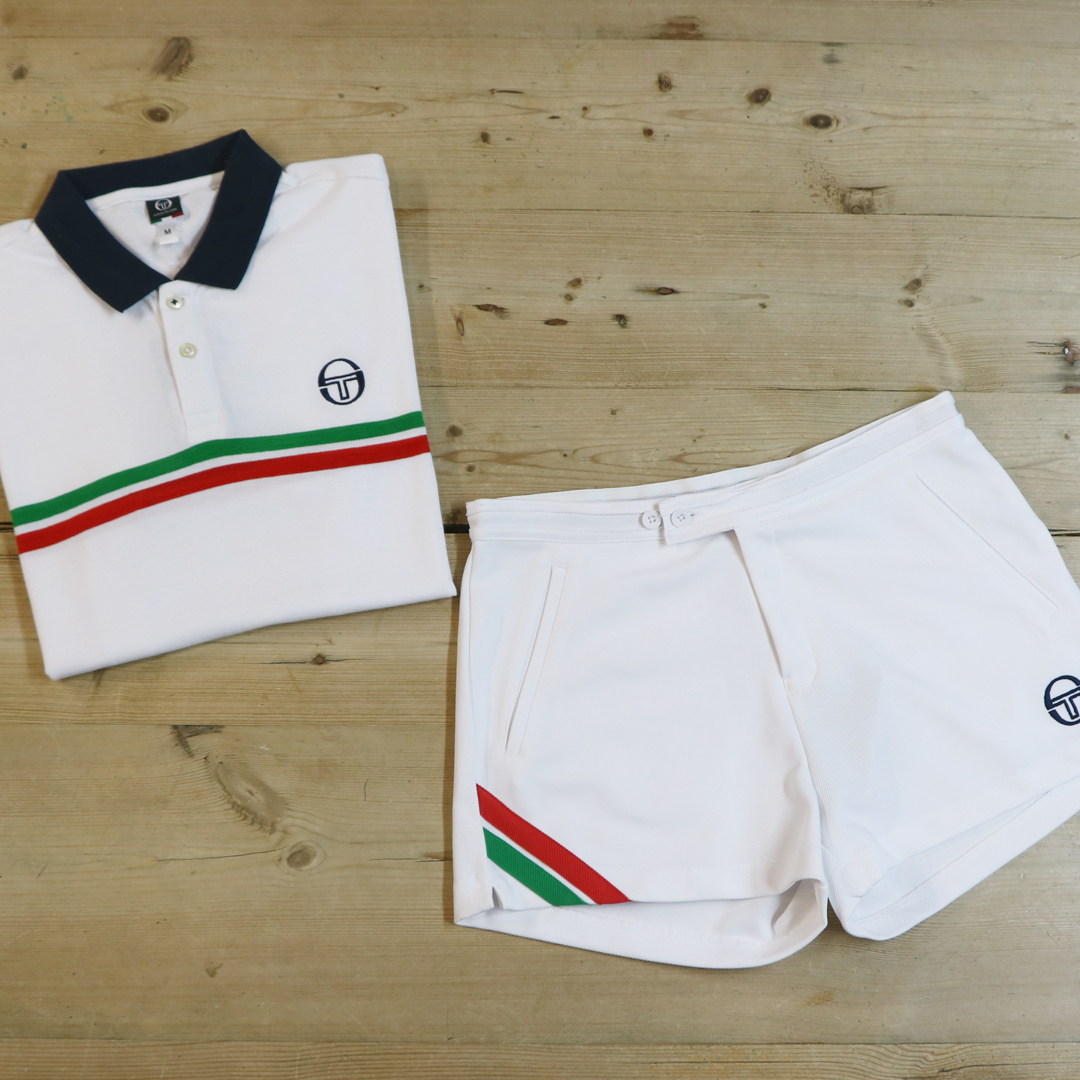 In fitting tennis timing we have put together a selection of outfits from Fila & Sergio Tacchini inspired by the Wimbledon whites tradition of the London all grass tournament. From Fila we have the legendary Settanta Polo Shirt as famously worn by the tennis legend, Björn Borg, with its notable stripes and large F to the chest alongside the High Tide shorts featuring Borg’s signature head band pattern to the waist. On the Tacchini front we’ve got the Super Mac polo shirt as worn by the legend, John McEnroe, himself as well as the matching colours of the Time tennis shorts. 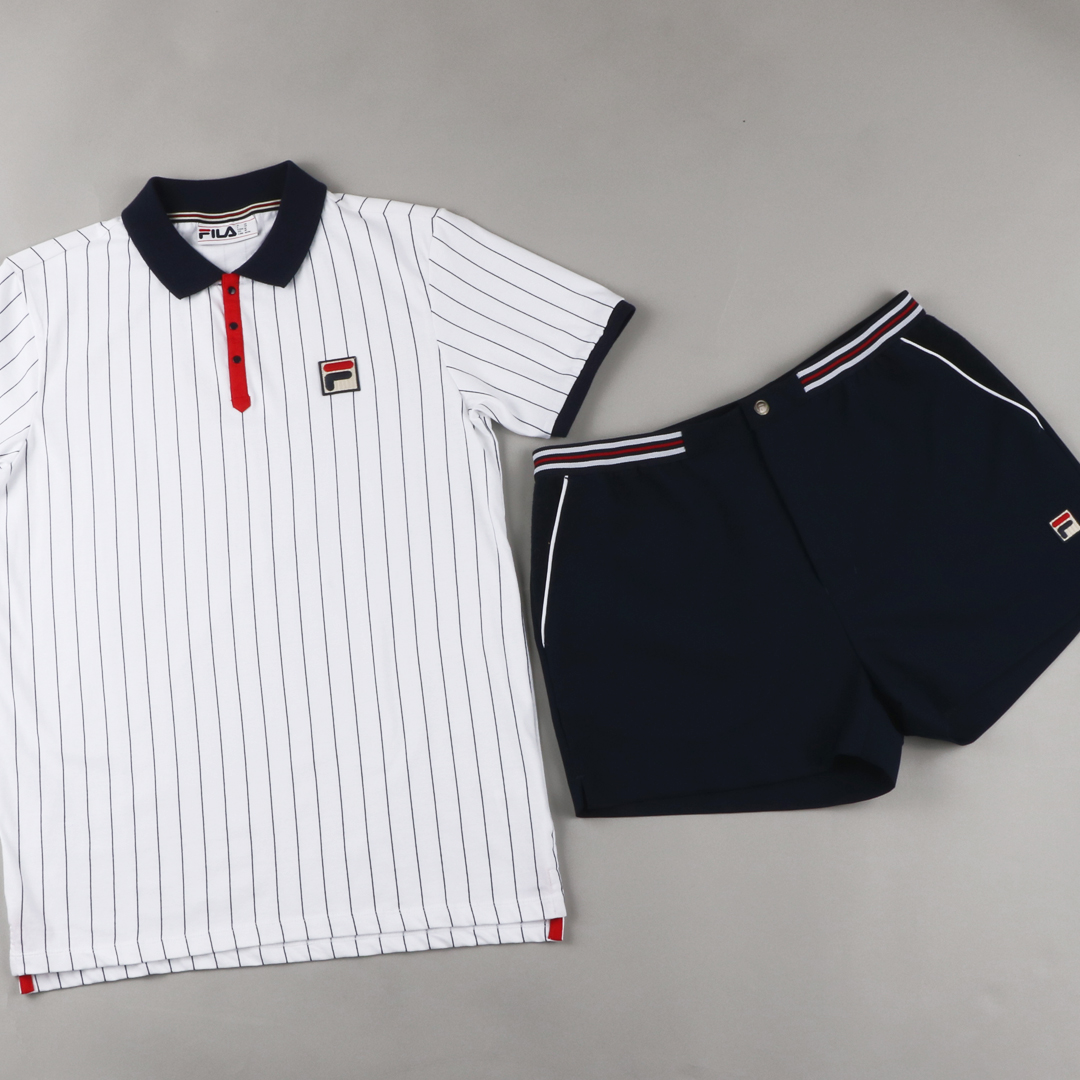