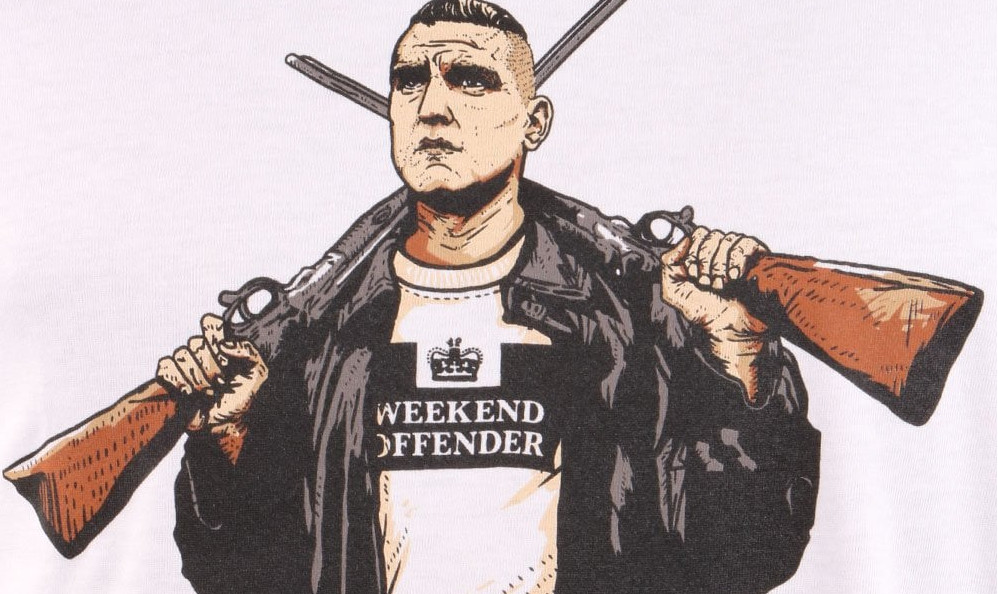 The Weekend Offender Vinnie Jones t-shirt gives a nod to the iconic scene from the British gangster film from Guy Ritchie.

Founded back in 2004 by Sam Jones and Rhydian Powell, Weekend Offender has become one of the most popular UK terrace brands. With a no fuss approach to their collections and a ‘does what is says on the tin’ mentality, Weekend Offender takes inspiration from the casual subculture of the UK, the music associated with it and everything in between. Offering full ranges of apparel from technical outerwear to tees, the brand has become a firm favourite over the years here at 80s Casual Classics. For the latest season the brand hit us up with a selection of graphics tees from a range of cult films & musical icons with brand new styles like the Weekend Offender Vinnie Jones ‘It’s Been Emotional’ t-shirt. 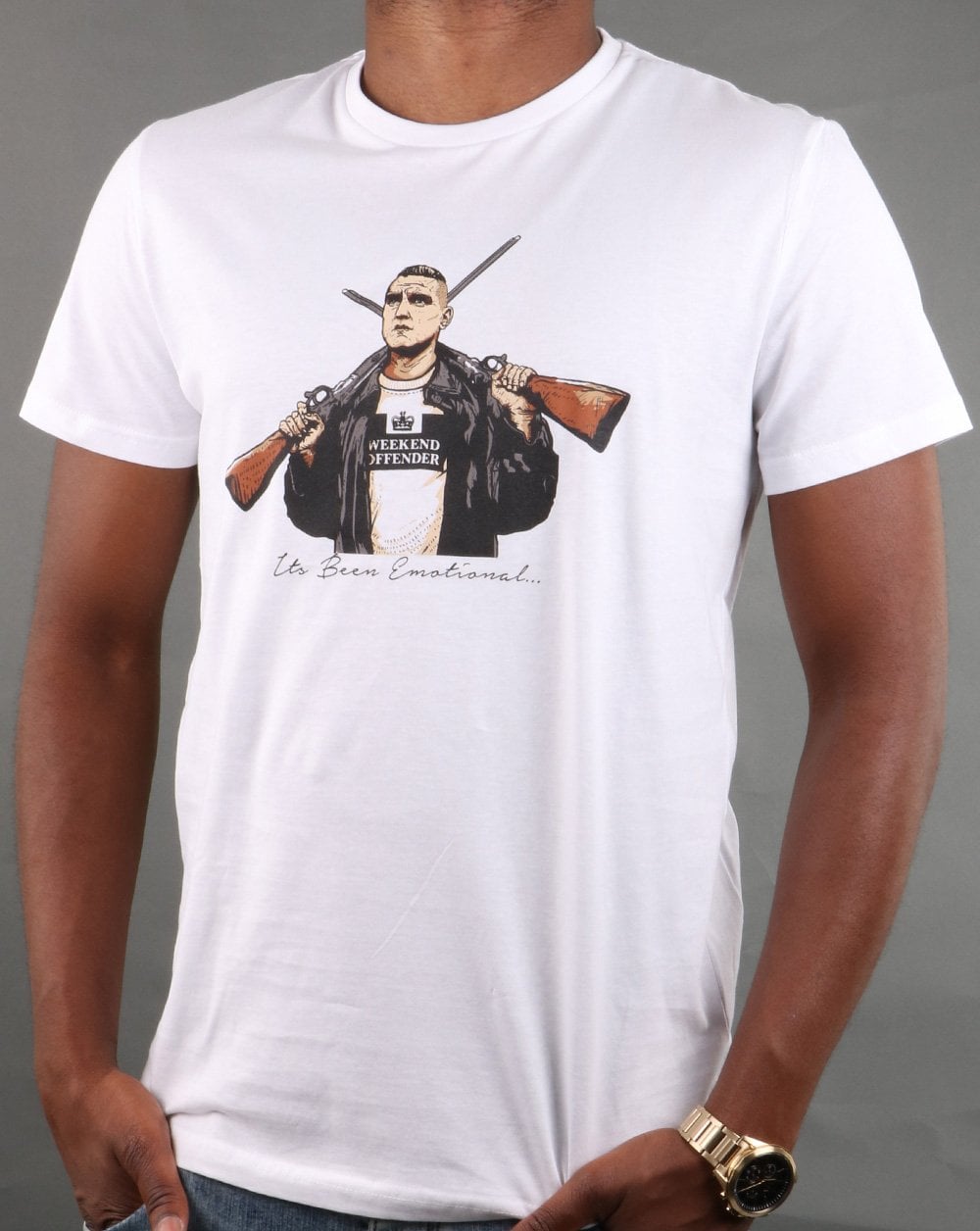 The It’s Been Emotional t-shirt gives a nod to the ex-Wimbledon football hard-man, Vinnie Jones, with his first role on the big screen as Big Chris in Guy Ritchie’s ‘Lock, Stock & Two Smoking Barrels’ from 1998. The t-shirt features Vinnie Jones in the iconic shoot out scene towards the end of the film where Big Chris collects the two shotguns for his boss ‘Hatchet Harry’. Below the graphics are the famous last words of the film from Vinnie “It’s been emotional” as he hands over the auction catalogue which shows the real value of the guns the film is based around. 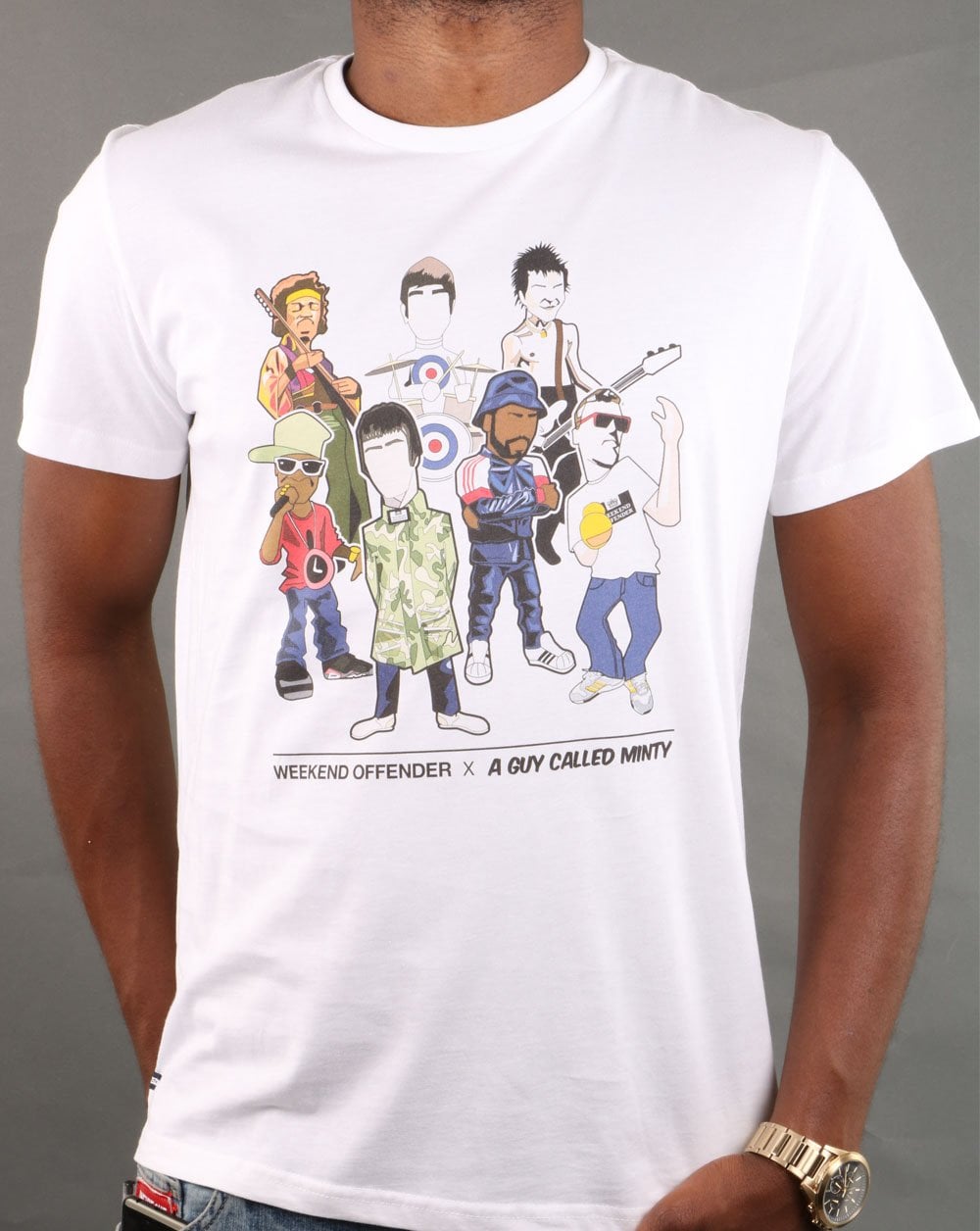 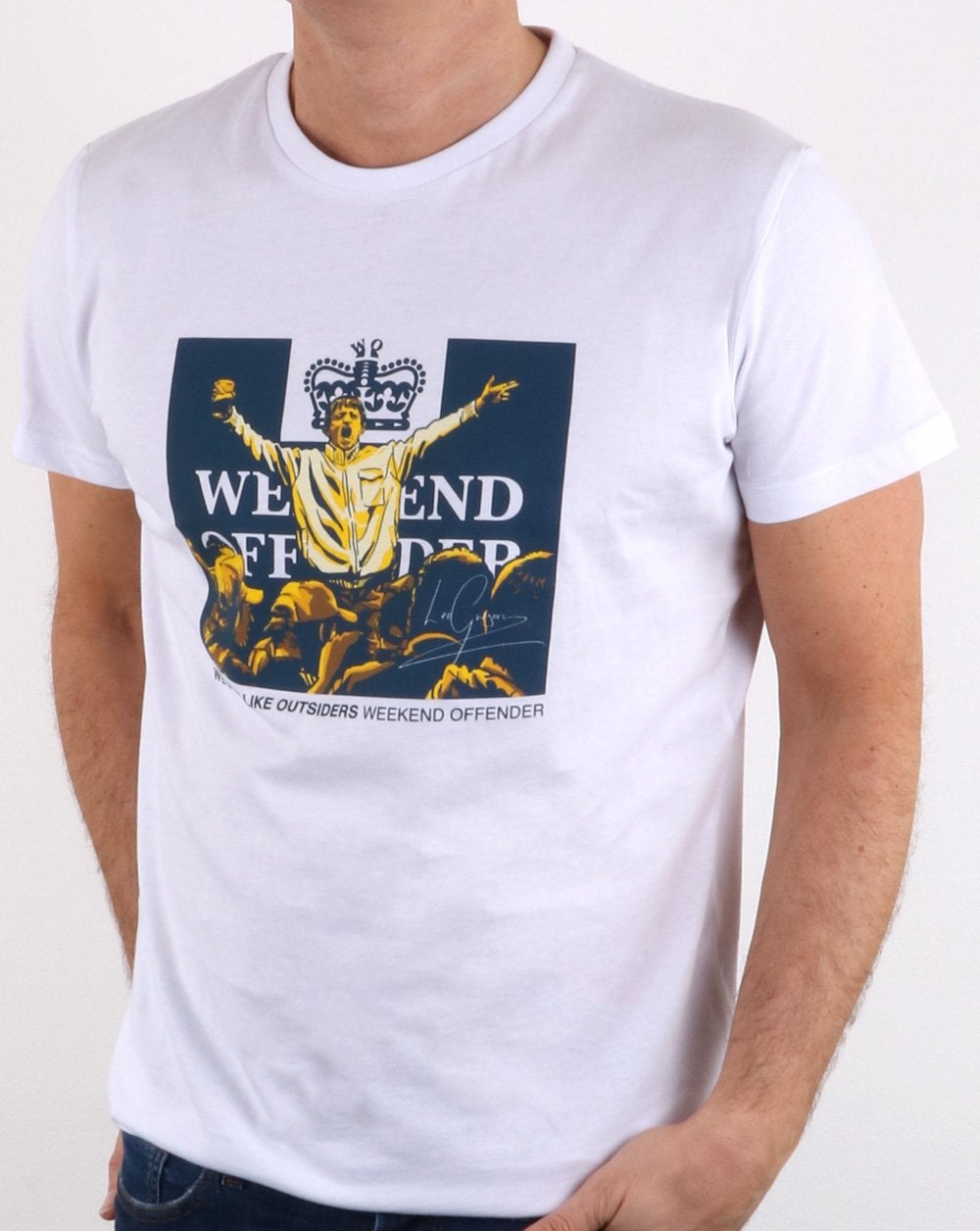 Finally we’ve also got the Weekend Offender Leo Gregory t-shirt which features the famous pub scene where Bovver rallies up the GSE troops in typical football hooligan fashion. Since its release in 2005, Green Street has become a cult classic film and stars Elijah Wood who plays Matt Buckner as he tries to infiltrate a notorious East London football gang. Based around West Ham’s football firm, the Green Street Elite includes the top boys Pete (Charlie Hunham) and Bovver (Leo Gregory) as they take on rival firms from Birmingham’s Zulu Warriors to Manchester’s notorious Red Army.