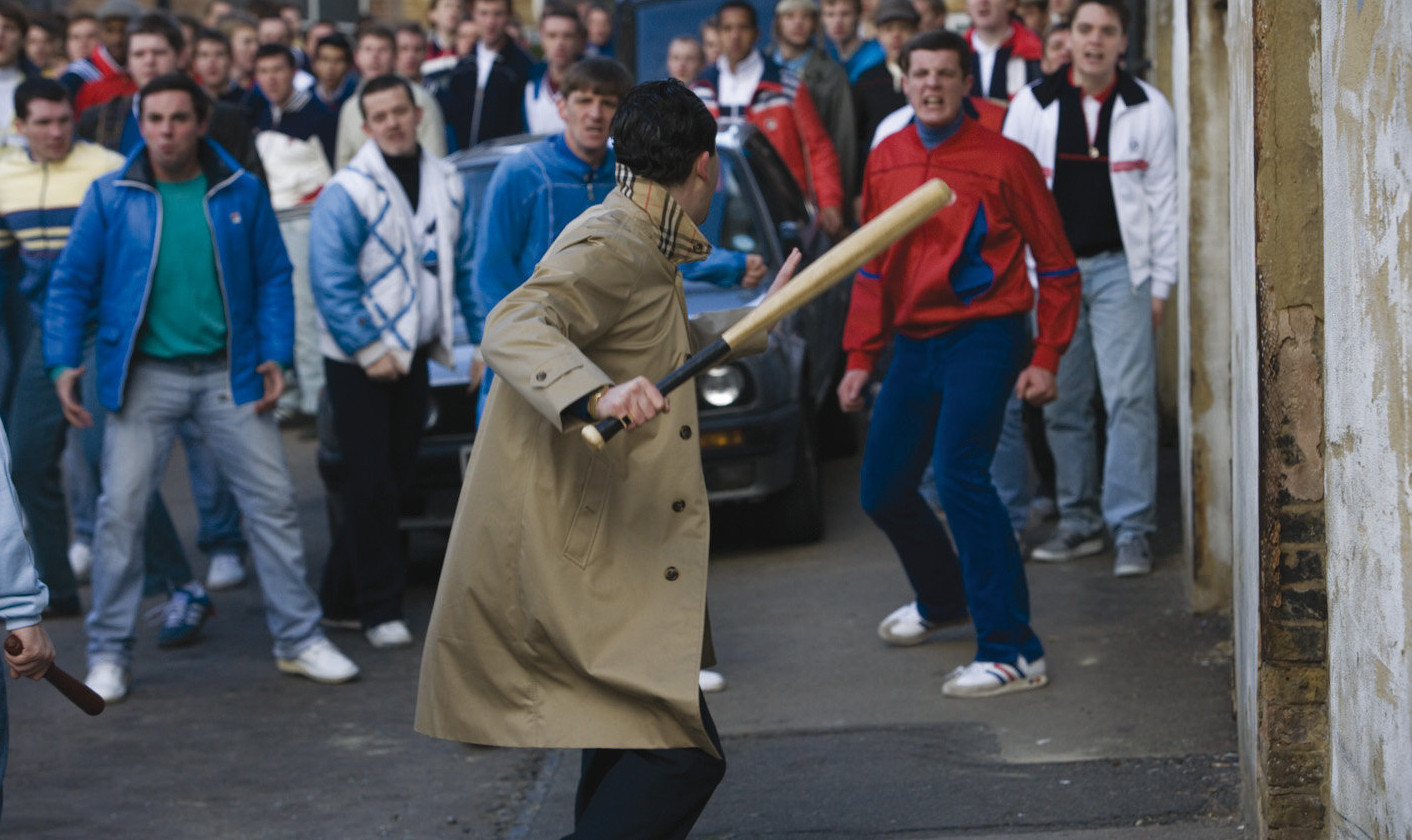 The Weekend Offender The Firm t-shirt is just one of the latest styles to land at 80s Casual Classics from the British ‘casual’ brand.

Weekend Offender was founded by Sam Jones and Rhydian Powell back in 2004. Over the last 15 years the British brand has established itself as one of the ‘go to’ brands within the casual subculture across the UK and Europe. As previously seen on the likes of Liam Gallagher as well as numerous boxers and MMA fighters, Weekend Offender have built up a loyal following of casual followers from the terraces to music lovers. If there were two items Weekend Offender did particularly well, it would probably be their jackets and their t-shirts. We have now just taken delivery of the latest collection of graphic tees from the Cardiff born brand including styles like the Weekend Offender The Firm t-shirt to name a few. 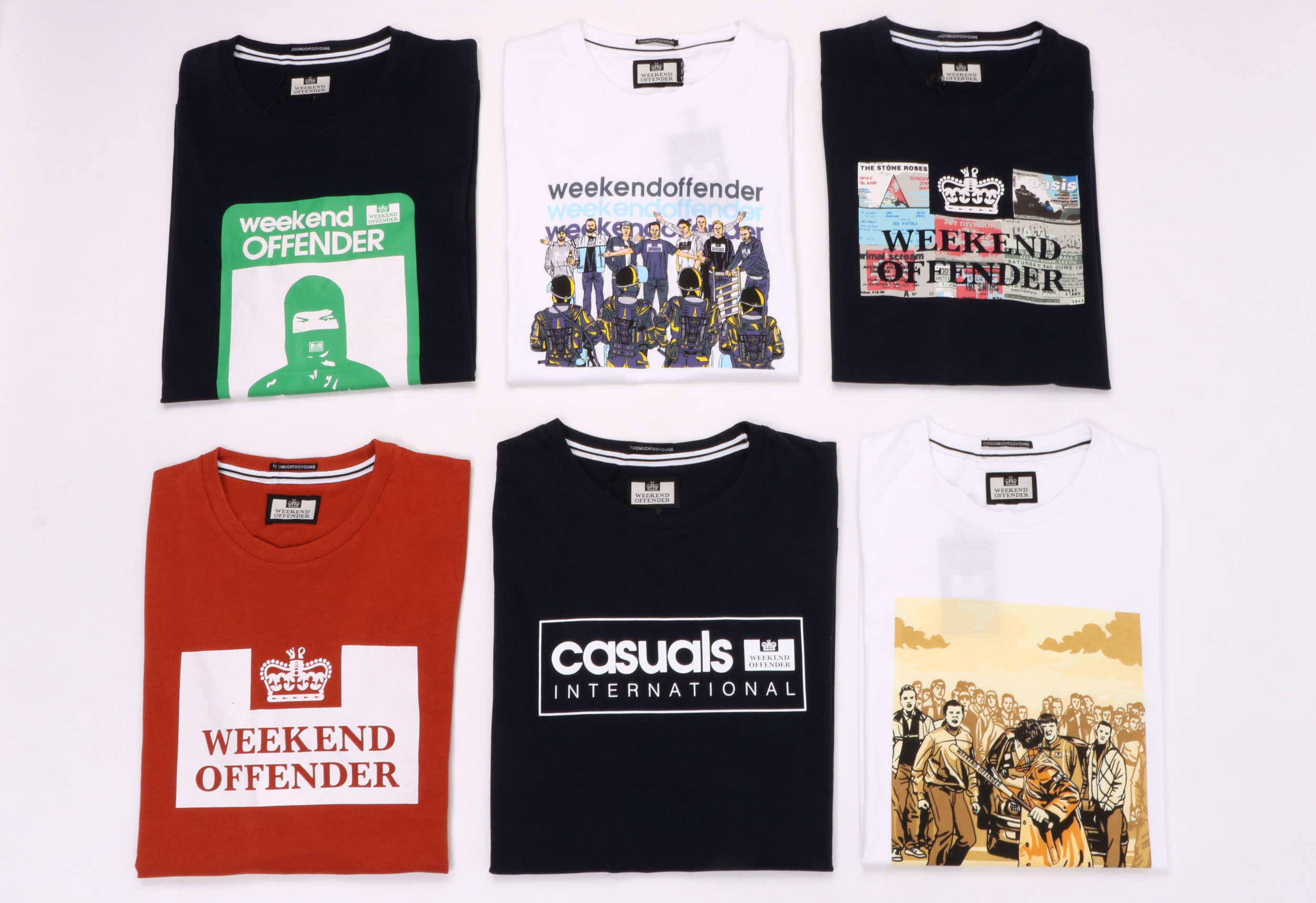 The Firm t-shirt from Weekend Offender celebrates Nick Love’s cult classic ‘The Firm’ from 2009 which delves deep into the world of football casual firms from the 80s and all the Italian sportswear that came with it. As you may already know we proudly worked on the wardrobe for the film as well as bringing back original casual styles from the era. The t-shirt features the famous fight scene with Yeti (Daniel Mays) kitted out in his Burberry Mac and a baseball bat as Millwall and the West Ham firm go toe to toe.

Above: The Weekend Offender The Firm t-shirt in white now available from 80s Casual Classics.

The Marciano t-shirt from Weekend Offender draws inspiration from the iconic ‘Endorsed by Stan Smith’ logo which still appears to this day on the adidas Stan Smith trainer. The Stan Smith needs no introduction when it comes to classic adidas styles and is still up there as an all time best seller and casual favourite. Stan Smith’s ‘moustache’ face silhouette is swapped for the Weekend Offender Marciano jacket from a few years back which featured a concealed face mask. 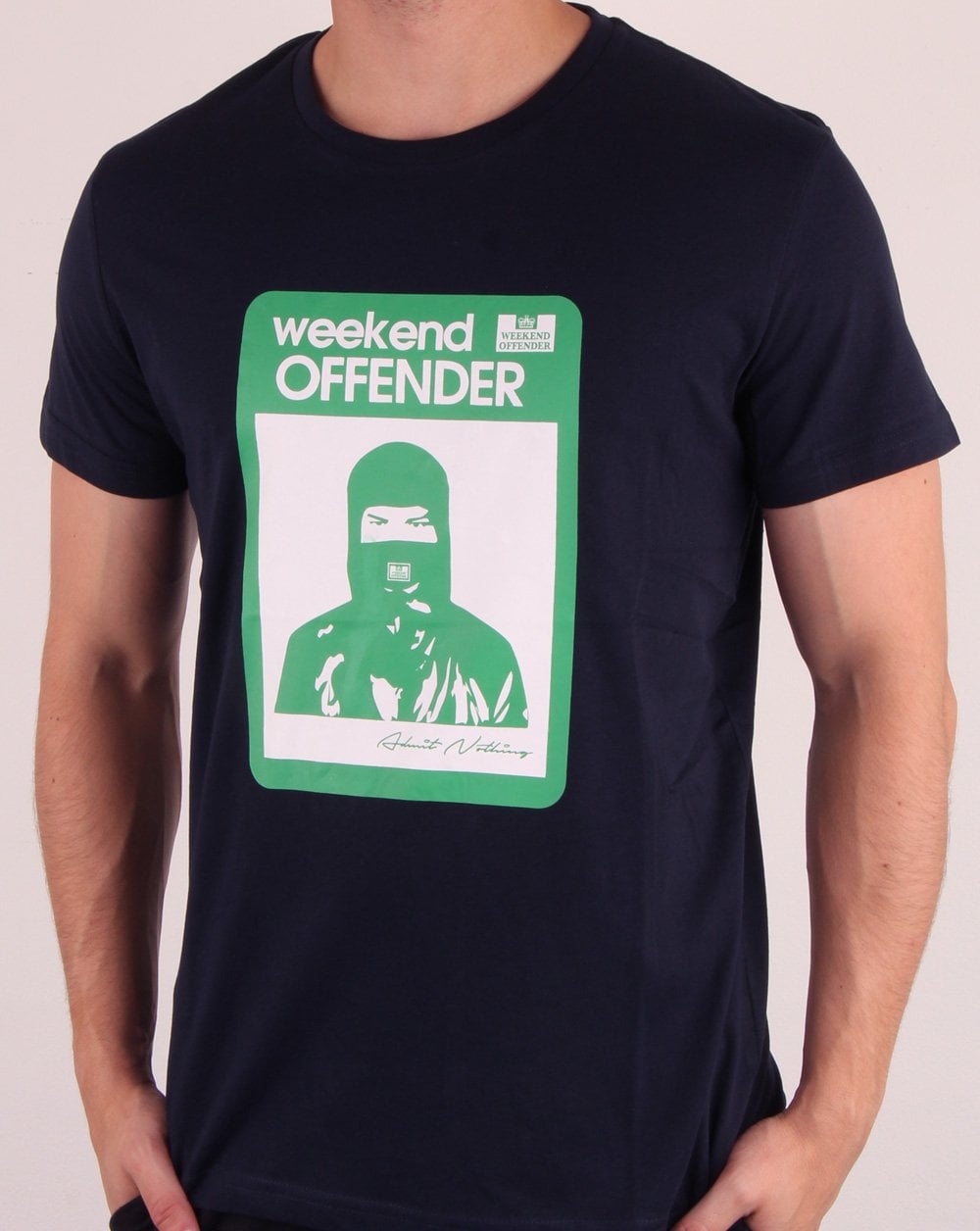 The Weekend Offender Tickets t-shirt showcases a range of iconic tickets from some of the most celebrated bands within the casual circles. Highlights include the legendary Spike Island concert by the Stone Roses in 1990, The Happy Mondays concert at Elland Road in 1991 which saw a ‘Madchester’ takeover come to Leeds with Man Utd and Leeds football fans putting their differences aside for a mutual love of the music. Other graphic highlights include original ticket promo artwork from Oasis, Joy Division, The Smiths and Primal Scream. 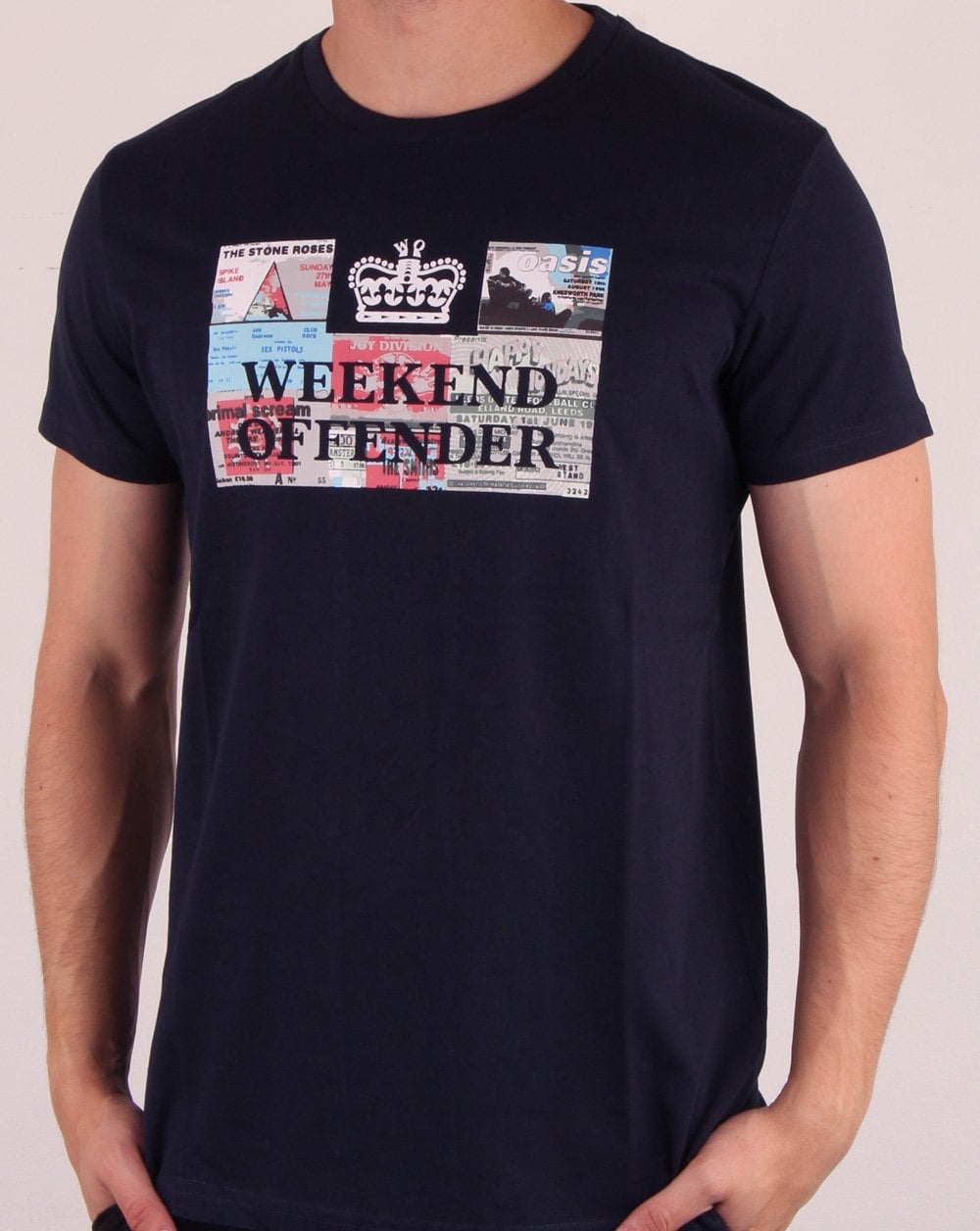 Above: The Weekend Offender Stand Off t-shirt in white now available from 80s Casual Classics. 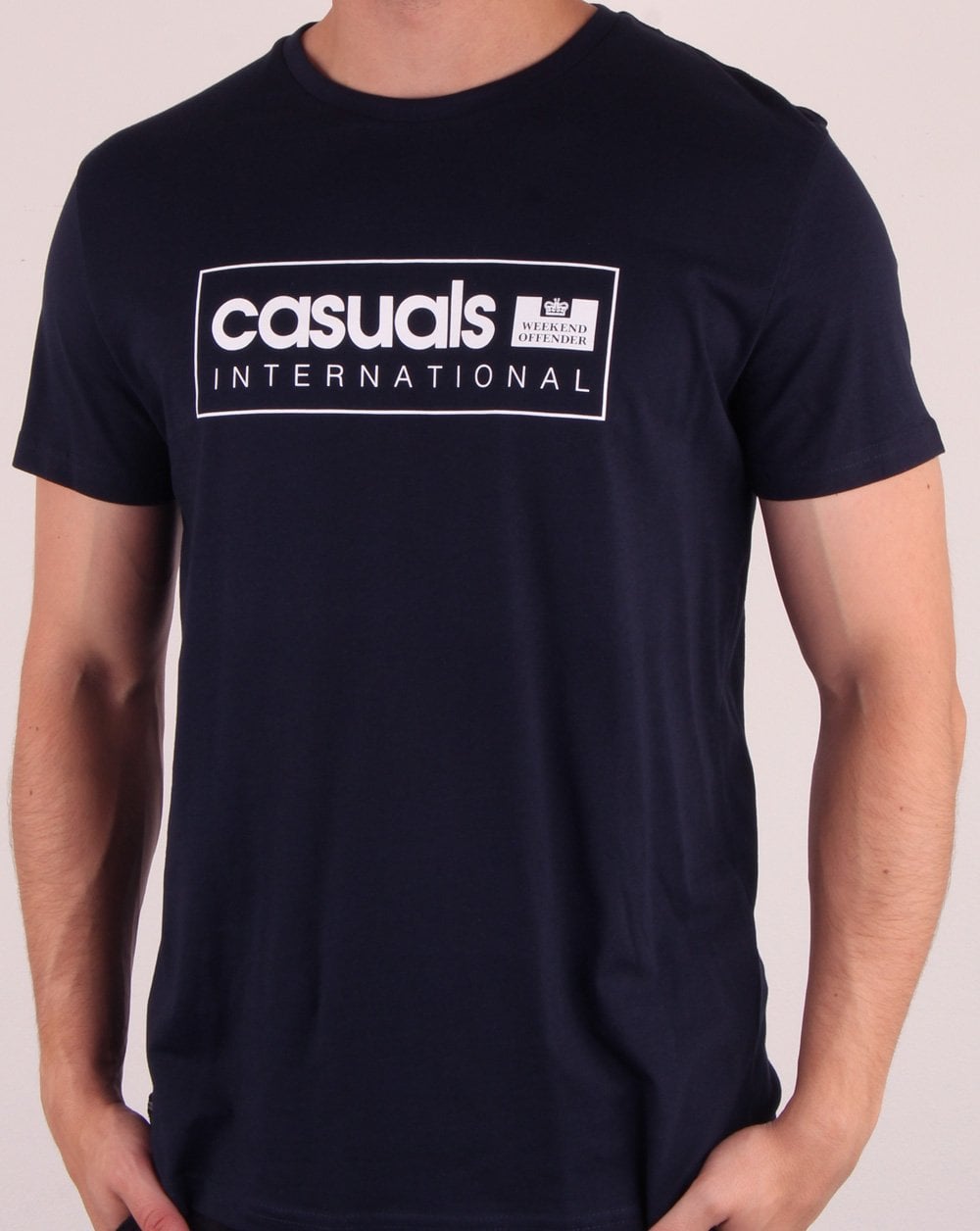