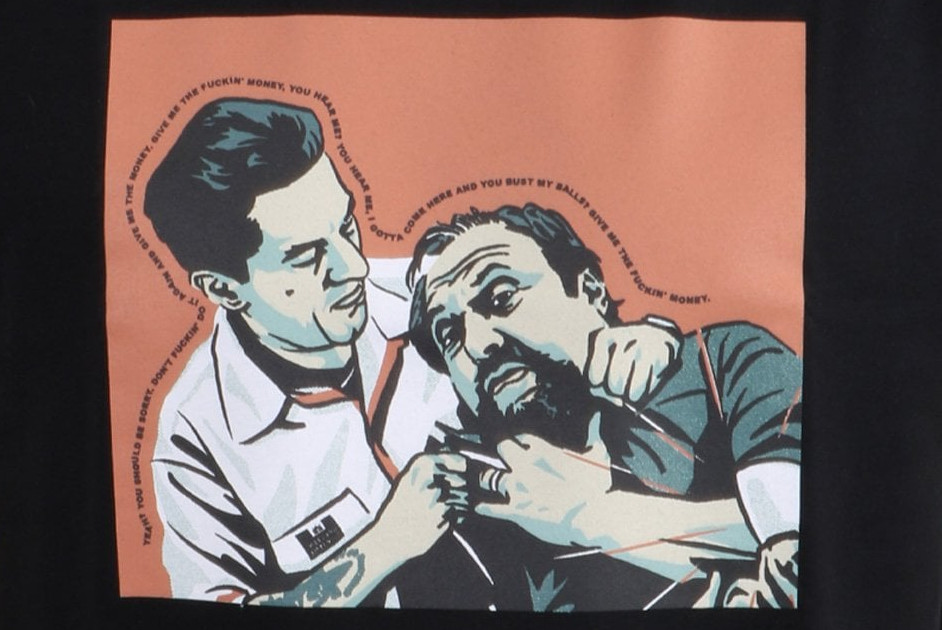 The latest Morrie T-shirt from Weekend Offender depicts the famous scene from Goodfellas where Jimmy goes to collect a debt from Morrie.

First released in 1990, Goodfellas is arguably one of the greatest gangster films of all time. Based on Nicholas Pileggi’s ‘Wiseguy’, the real life story follows ex- mobster, Henry Hill (Ray Liotta), & his involvement in New York’s Lucchese crime family. Directed by Martin Scorsese, Goodfellas has it all from brutal beatings to iconic nightclub scenes to the Lufthansa heist which saw the crew bag an estimated $5.875 million worth of cash & jewellery. The film also features Robert De Niro as Jimmy Conway & Joe Pesci as Tommy. Scorsese would later cast the two together in his other crime films, Casino in 1995 & The Irishman in 2019. For the latest season Weekend Offender have now introduced a very special Goodfellas t-shirt which features the iconic scene at Morrie’s wig shop in Queens, NYC.

Jimmy & Henry go to collect some outstanding money that Morrie owes Jimmy for his wig commercial. In true mob style, Jimmy takes a phone wire and wraps it around Morrie’s neck & threatens him. In the struggle Morrie’s own wig falls off. A truly hilarious & iconic gangster film scene which is now brought back to life courtesy of our close friends at Weekend Offender. 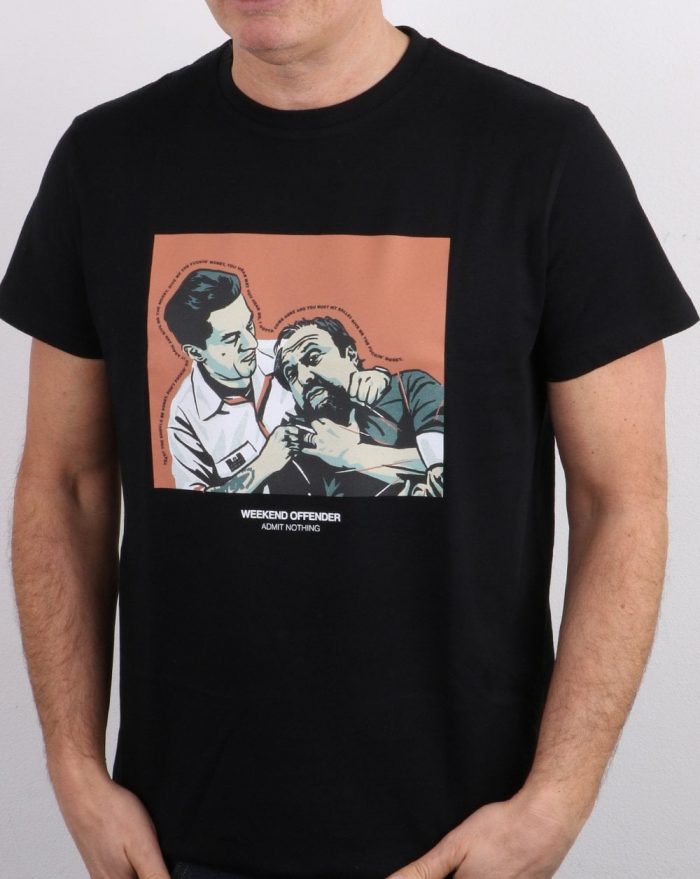 The 100% cotton crew neck tee features an exclusive illustration of the iconic wig shop scene from the 1990 mafia film with the signature Weekend Offender prison logo on Jimmy Conway’s shirt pocket. Other highlights include Jimmy’s lines from the scene, “Yeah you should be sorry. Don’t fuckin’ do it again and give me the money. You hear me? I gotta come here and you bust my balls? Give me the fuckin’ money.” The Weekend Offender Morrie T-shirt is available now from 80s Casual Classics in both black & white. A must have for any fan of the classic gangster film. 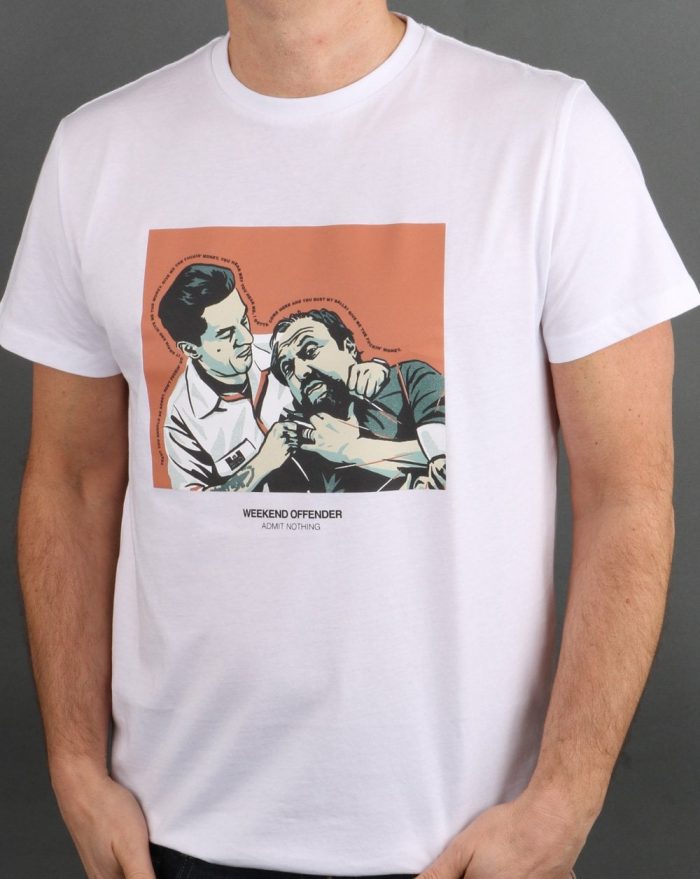