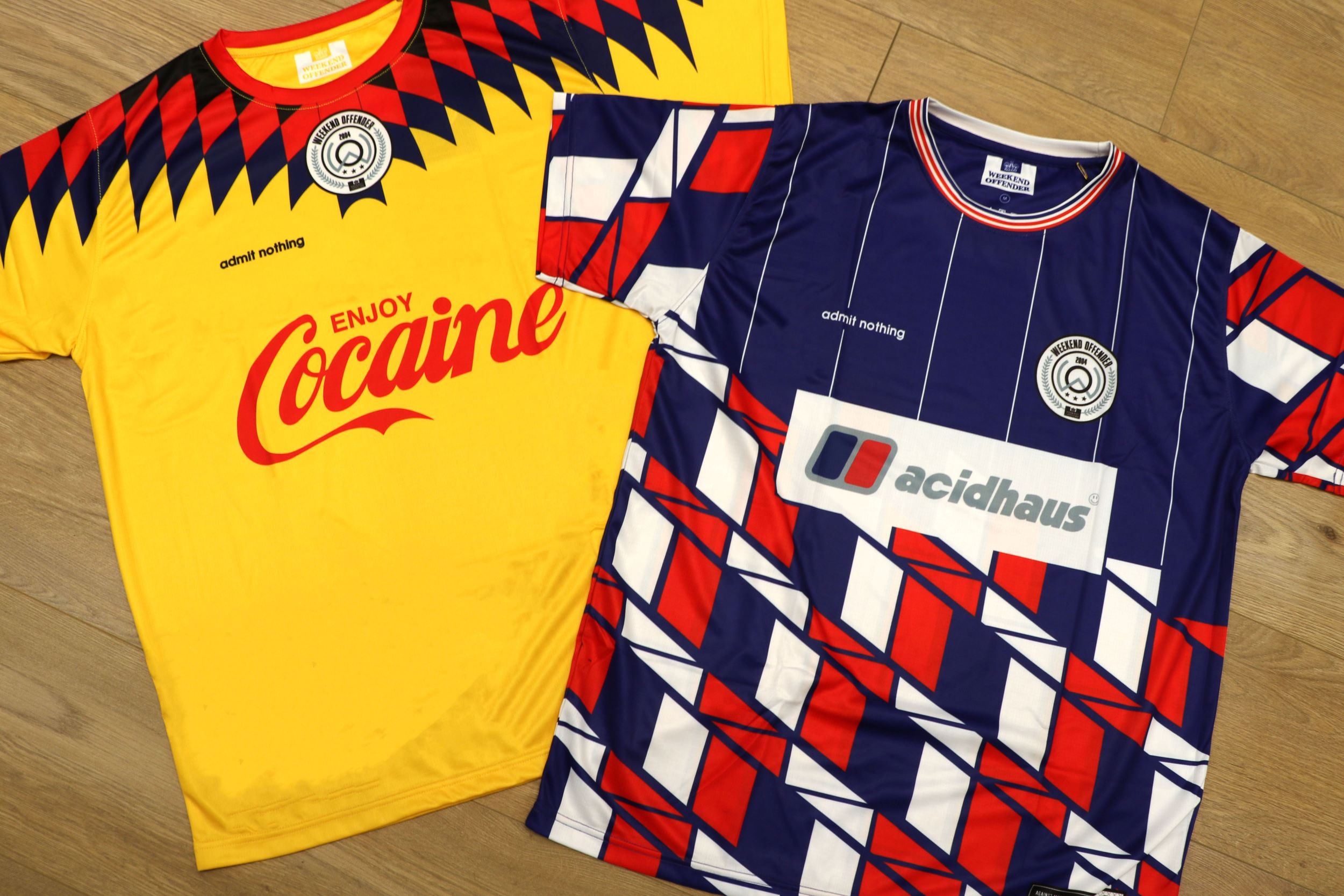 Our latest collection of Weekend Offender football shirts looks back to the colourful 90s era with some retro inspired designs. 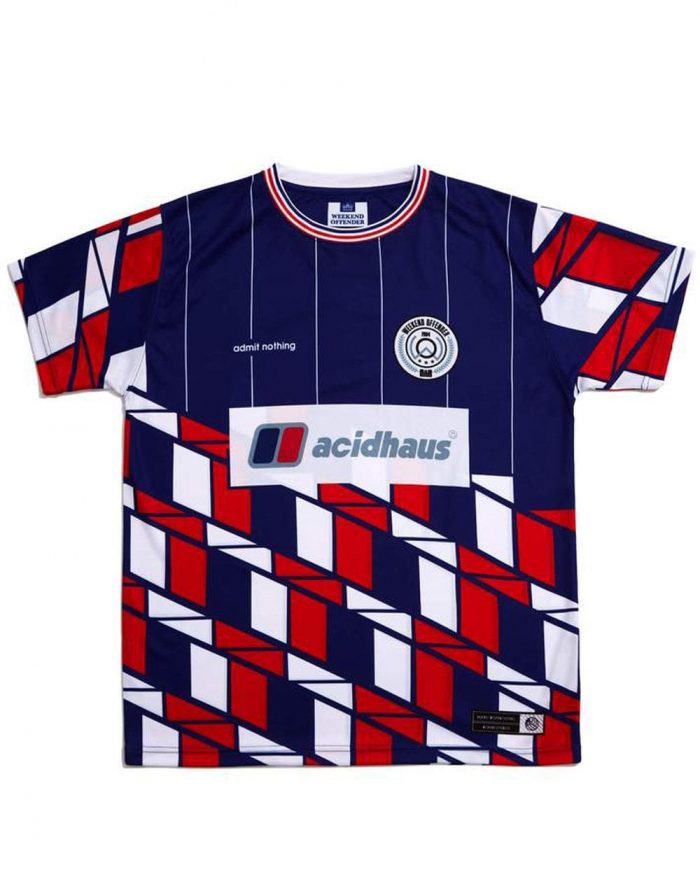 First up we’ve got the Weekend Offender Haus Football Shirt which draws inspiration from the 90s rave scene. The design itself gives a nod to the 1989-1990 Ajax Away Shirt which has become an extremely popular and sought after retro football shirt style as worn by the likes of Bergkamp, Van’t Schip, Blind & Winter. As to be expected with Weekend Offender the original design is of course switched up, with the TDK sponsorship of the original shirt swapped for a bootleg Berghaus logo, ‘acidhaus’. A smiley face replaces the R on the bootleg logo with a Weekend Offender badge to the left chest & ‘admit nothing’ to the right chest. 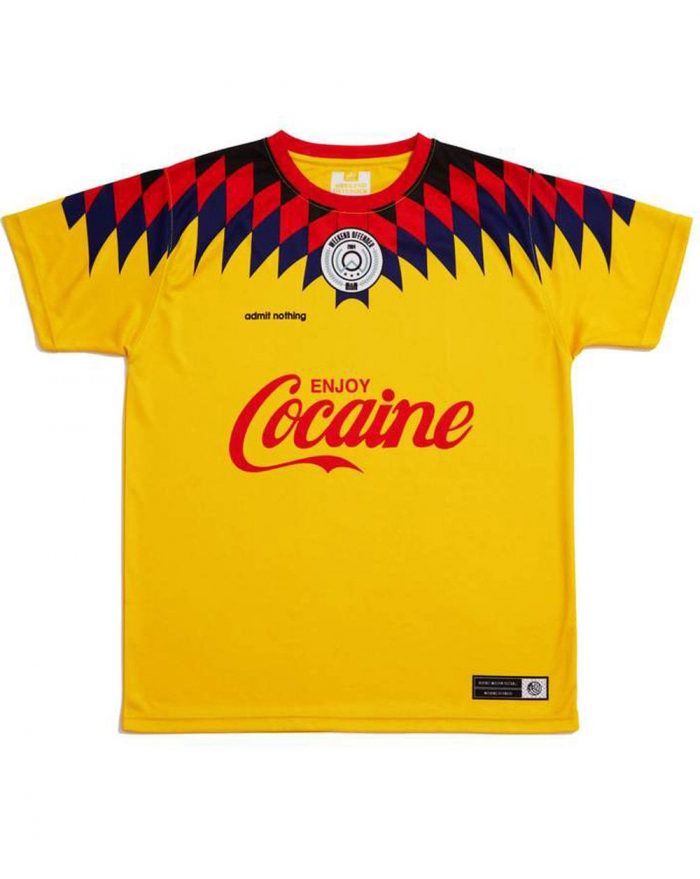 We’ve also just introduced the Weekend Offender Cartel Football Shirt which puts a Columbian cartel spin on the 1994 Germany Home Shirt. The original design was worn by the likes of Klinsmann, Völler, Häßler, Effenberg & Matthäus at the USA World Cup in 1994. Also drawing inspiration from the 90s rave scene, the shirt switches up the classic Coca Cola logo, with a bootleg Cartel spin. Sponsored by the continents biggest export the special edition shirt also features a Weekend Offender badge to the top & ‘admit nothing’ to the right chest. Other features of the shirt include a moisture control sweat-wick fabric & a breathable quick dry material. Shop our the latest selection of Weekend Offender Football Shirts now via the links.