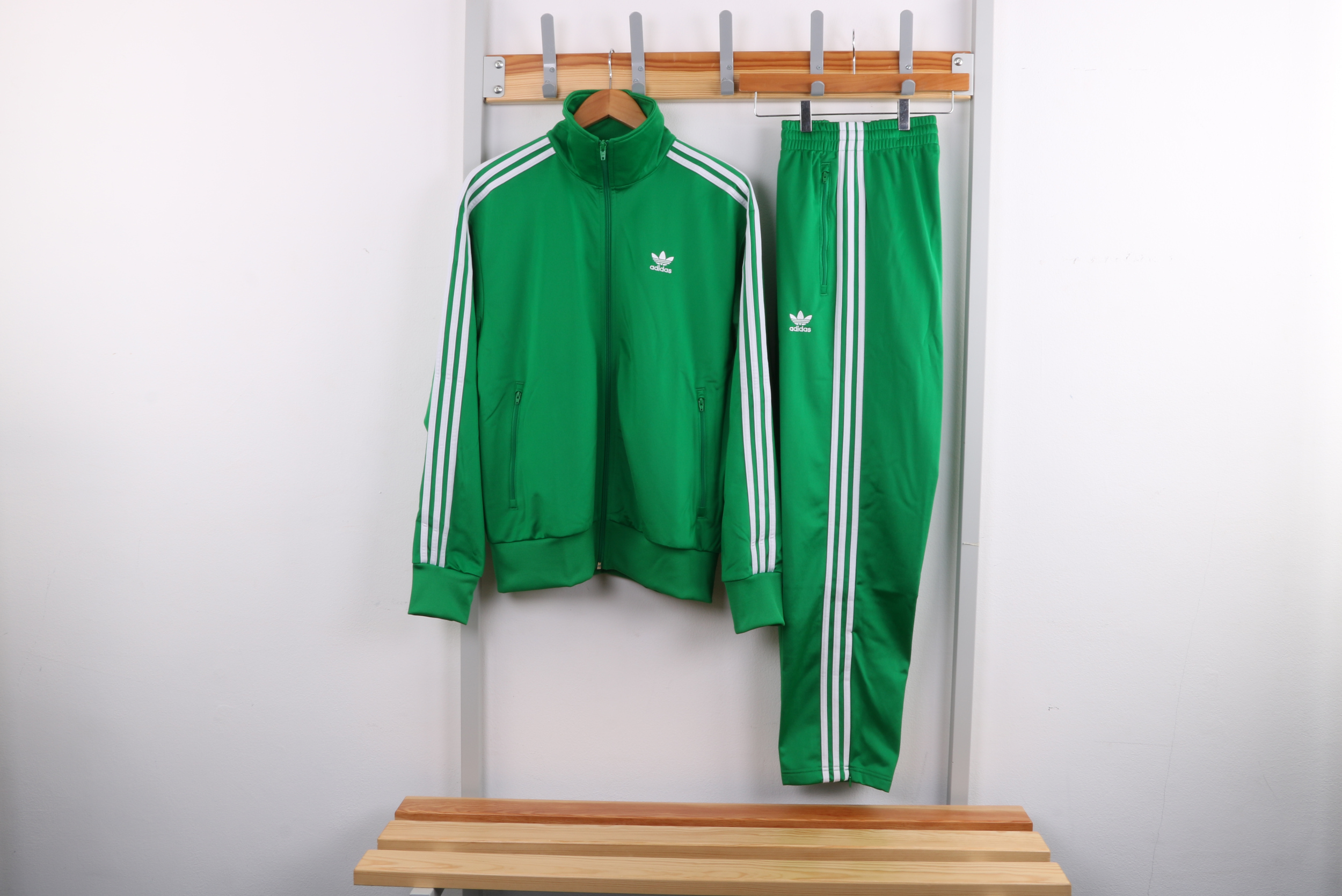 Arguably one of the most celebrated adidas tracksuit styles of all time, the adidas Firebird now returns in full tracksuit form in a classic green colourway.

From mafia dons to Madchester icons to matchday superstars, the adidas tracksuit is rich in subcultural & sporting heritage. The adidas Firebird is a name which needs no introduction when it comes to the classic adidas tracksuit. Alongside the Superstar & the Beckenbauer, the adidas Firebird is one of the most celebrated adidas tracksuit styles of all time. There’s something so timeless about that full tracksuit look. With the addition of the iconic 3 stripes running down each arm & leg, it really doesn’t get much better when it comes to classic sportswear. It’s as simple as that.

The classic 80s German sportswear staple is now treated to a sustainable update for the latest season. Introduced in the classic green colourway which reminds us of 3 stripes pioneers like The Beastie Boys, Cee Lo Green, Stan Smith & a whole range of original tracksuit mafia dons. 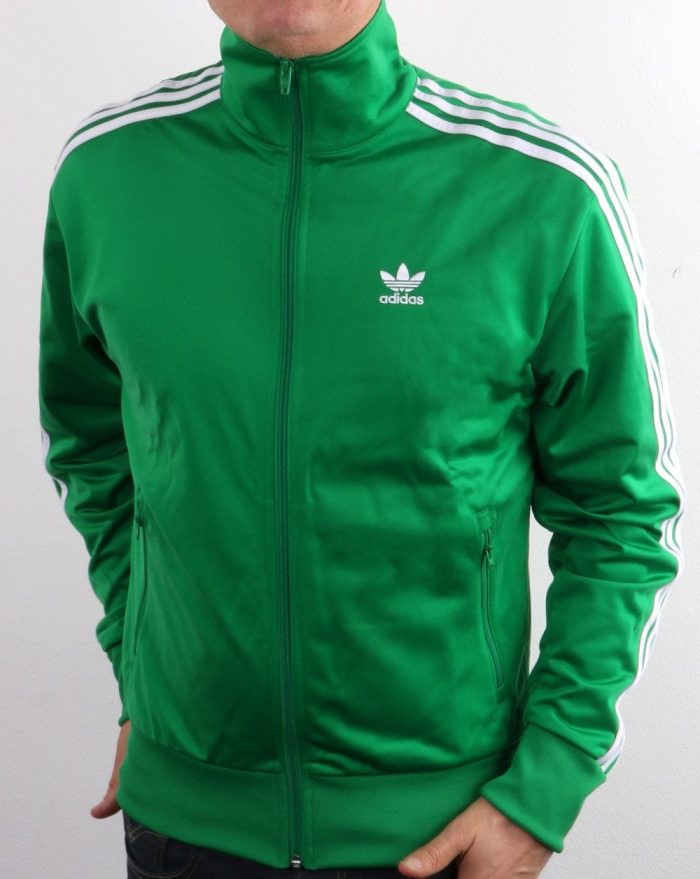 As new, weird & wonderful fashion trends come and go, the adidas tracksuit has remained a timeless sportswear style. From its origins on the tracks & the dugouts in the 1970s, to the streets of the Bronx in the 1980s, to the retro sportswear revival of Cool Britannia in the 1990s, to the rap superstars of the noughties, the adidas tracksuit will always remain relevant to subculture, sportswear & style. Originally designed for track athletes, the adidas Firebird was first introduced in the B-boy & casual hey days of the 1980s. Fitted with a slightly smaller collar than the Beckenbauer, the OG models featured an oversized trefoil logo on the back. The Firebird really made its mark in the colourful 90s era thanks to Cool Britannia & the revival of retro sportswear. 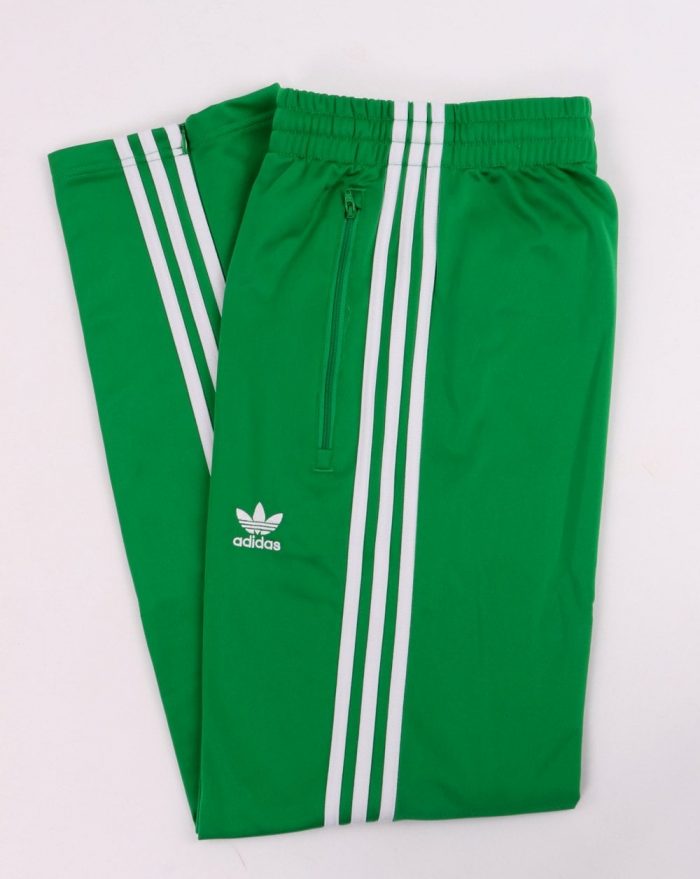 After its recent revival, the adidas Firebird tracksuit is now introduced in the classic green colourway from the 3 stripes archives. Updated for the latest season with a 100% recycled polyester tricot fabric, for some added sustainability on the signature shiny tricot tracksuit look. Track top highlights include the all important 3 stripes running down each sleeve, original trefoil branding to the chest, zip pockets, classic stand up collar and ribbed cuffs. The track pants feature the signature 3 stripes running down each leg with the trefoil logo to the left left and a classic style fit. Wear them separate or team them up together to be a true retro tracksuit don. The adidas Firebird tracksuit in green is now available to shop from 80s Casual Classics, a must have wardrobe addition for any serious retro sportwear fan.