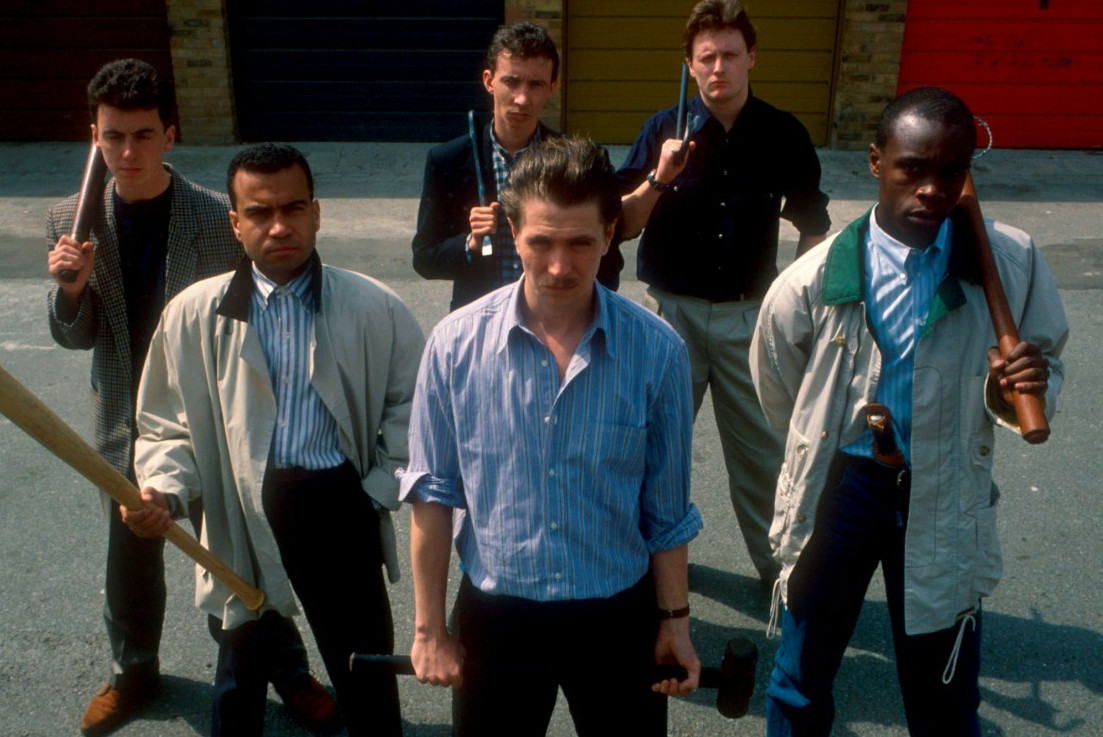 The classic British hooligan film, The Firm, is now brought back to life courtesy of our friends at Weekend Offender with the 89 t-shirt.

Although nowhere near as colourful as Nick Love’s remake from 2009, The Firm from 1989 was one of the very first films to capture the world of the British hooligan throughout the 1980s. Love’s version, which was loosely based around the original, was all about the early 80s, where colourful sportswear & peacocking reached its peak and casual culture was in full swing. Although the authenticity of the wardrobe of the original firm was pretty poor, it did capture the changing fashion of the casual scene when the whole sportswear thing started to fade out moving towards to the late 80s. Apart from headlines in the tabloids and TV news reports, The Firm was probably one of the very first insights into the ‘British Disease’ for those, who hadn’t already, or were currently involved in the scene. The Firm is now brought back to life courtesy of our friends at Weekend Offender with the 89 t-shirt which features the classic weapons scene from the late 80s film. 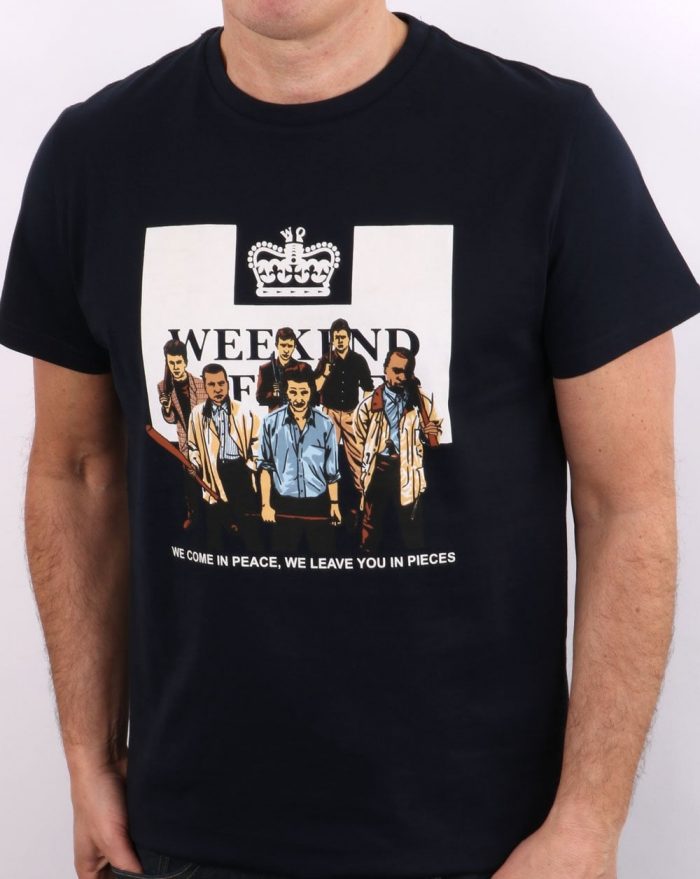 Above: The Weekend Offender 89 t-shirt in navy now available from 80s Casual Classics.

The Firm starred Gary Oldman as Bex, Phil Davis as Yeti and even Steve McFadden as Billy who would later go on to play Phil Mitchell in Eastenders. Ditching the Tacchini for ties & the Settanta’s for suits, the Firm explores the contrasting worlds of Thatchers’ Britain in the 1980s & the underground world of the British football hooligan. Delving deep into West Ham’s notorious ICF, although known as ICC (Inter City Crew) in the film, with Bex, a respectable London estate agent as their top boy. Thatcher started to go down hard on any would-be football thug and what was once seen as a casual disguise from the authorities soon became an easy way of determining who the real trouble makers were in and around football grounds on match day. The cars in the film on the other hand capture the era perfectly with some of the most popular hot hatches from the 80s such as the VW Golf Mk1 GTi Clipper and the Sierra Cosworth XR4. 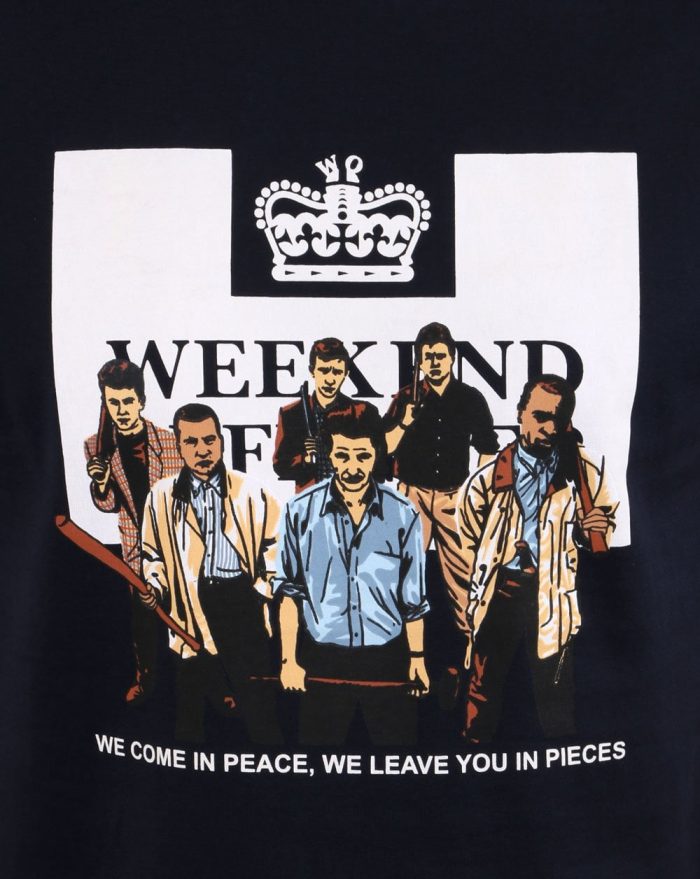 Above: The Weekend Offender 89 t-shirt in navy now available from 80s Casual Classics.

The Firm educated people and highlighted the fact that football hooligans did have good jobs, money, families & could be easily mistaken for your next door neighbour on your little suburban cul-de-sac. In celebration of the classic late 80s film our friends at Weekend Offender bring back the spirit of The Firm in t-shirt form with this latest graphic tee release. The 100% cotton t-shirt features the famous shot from the film with the football gang holding an array of weapons from baseball bats to police truncheons, with Bex at the front holding a sledgehammer. In typical Weekend Offender fashion, the graphics also include the words “We come in peace, we leave you in pieces”. The exclusive style is available to shop now from 80s Casual Classics via the links above.