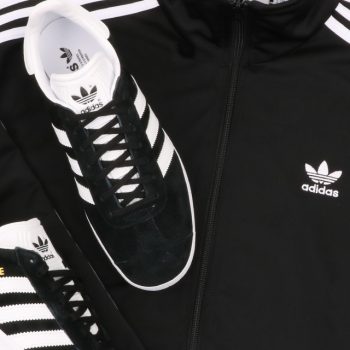 We’ve teamed the adidas Firebird tracktop up with a selection of classic adidas trainers from the Stan Smith to the Samba. As well as an ever growing archive of footwear & classic trainers styles, the tracksuit is arguably the main sportswear apparel silhouette that adidas has ever stamped its 3 stripes on. Yes their might be some retro adidas football tops from the 80s or 90s that could be classed as contenders, but when all said and done the tracksuit will always be the adidas apparel king. The sporting and... Read More 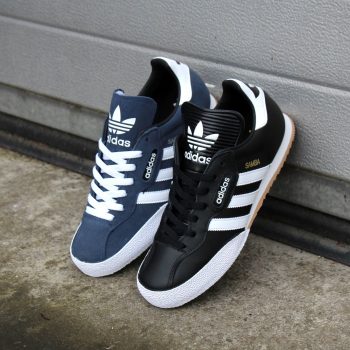 Back To The Old Skool: The Return Of The adidas Super Samba

The Superlicious Super Samba reminds us of the golden era of 3 stripes and now returns in OG form for the latest season. Before we had internet retailers, raffles and resale sites the world of adidas & 3 stripes was a very different place. adidas trainers and the casual youth culture which surrounded them was predominantly a UK thing. With regions like the North West flying the 3 stripes flag throughout the late 70s & early 80s thanks to independent sportswear stores like Wade Smith, a new footwear legacy was... Read More 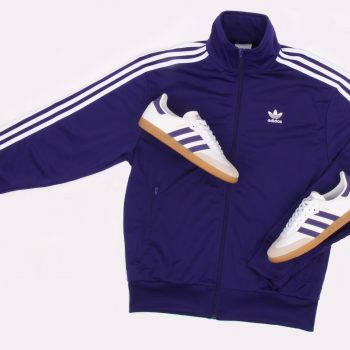 The adidas Firebird track top now arrives at its spiritual home in the highly sought after collegiate purple colourway. Matching your track top with your trainers is a very important part of any outfit evaluation for the serious dressers of the world. The key really to any good outfit is matching colourways which is why we have put together some purple 3 stripes outfit inspiration. The adidas Firebird track top in purple is teamed up with the adidas Samba, which also sports’ the same sought after collegiate purple colourway. Why... Read More 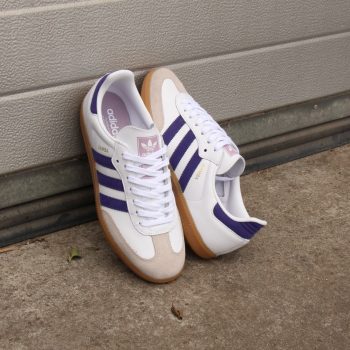 It would be hard to imagine a world without classic 3 stripes styles like the adidas Samba OG in it. If you questioned a random selection of people about popular adidas trainers, there is no doubt there would be a mention of the Samba, regardless of their 3 stripes knowledge. Chances are even your Grandma knows about the adidas Samba. What more do you really need from a trainer that was designed by Mr Adidas himself, Adi Dassler, and that is filled with football training nostalgia from the 50s and... Read More 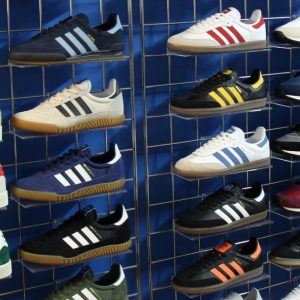 Our adidas wall features an assortment of classic 3 stripes and retro styles, brought back to life from the archives for the modern day trainer fanatics. Collecting classic 3 stripes is like a religion to some people and if you’re reading this then you’re probably the same. Collectors and classic adidas fans go absolutely mental for the original silhouettes from the 70s and 80s and it’s no surprise really considering the heritage and nostalgia attached to certain models. The majority of classic 3 stripes were all about performance at the time,... Read More 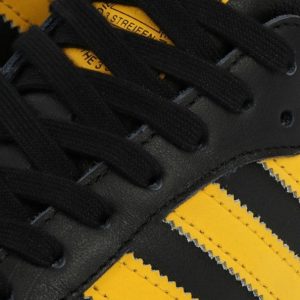 We’ve got some new colourways landing of the adidas Samba OG trainer, an original 3 stripes classic courtesy of Adi Dassler. First introduced back in the early 60s, in an era when the adidas brand were really starting to show the world what they were made of, the adidas Samba OG started its own legacy. Like a lot of the classic 3 stripes stuff, the Samba was designed with performance at its core. Not just a fancy shoe to look to good, the Samba was rock solid, literally, with Dassler... Read More 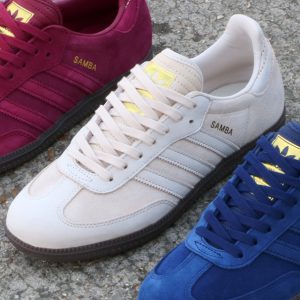 The adidas Samba Trainer Gets The Premium Rich Suede Treatment

We’ve just had some premium suede versions of the classic adidas Samba land at 80s Casual Classics in an assortment of new colourways. Over the years, the adidas Samba trainer has built a reputation with 3 stripes fans and a followers as an all time great. The Samba first made its mark on the world as a football trainer back in the early 60’s, designed to be able to withstand harsh weather pitch conditions with the design concept courtesy of Mr Adi Dassler himself. The celebrated 3 stripes Samba silhouette... Read More 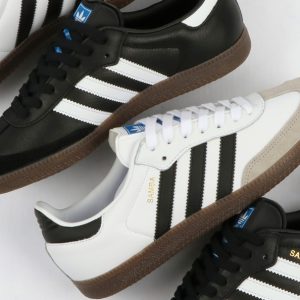 The adidas Samba has been a big hit on the ever growing trainer world pretty much since it was first released. 3 stripes connoisseurs of the world may know which exact year a certain City Series style came out from the early 80s, however even someone with a minimal trainer knowledge has heard of the Samba. Some people may argue its a popular type of Brazilian dancing however South American culture aside, the Samba is arguably one of the most well known and most celebrated 3 stripes styles of all... Read More