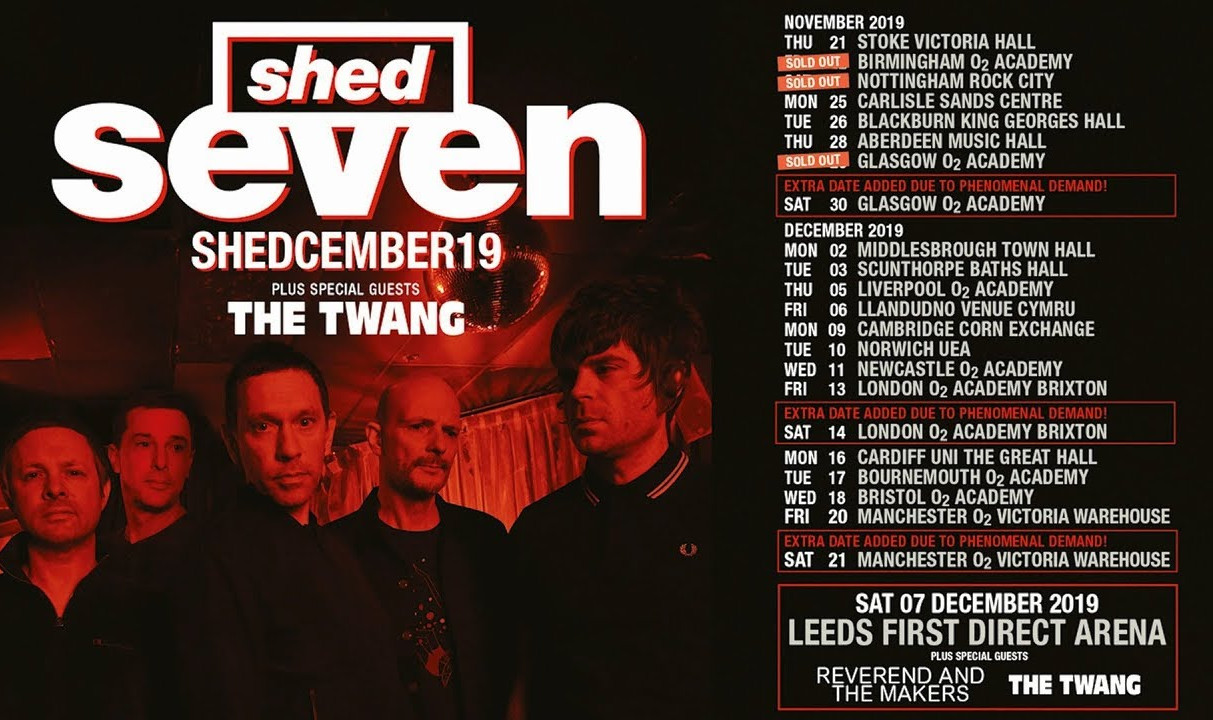 Rick Witter from Shed Seven gives 80s CC a shout out ahead of their biggest ever UK headline tour.

If you know anything about 90s Britpop then you will know that Shed Seven played a massive role in it. After forming in York back in 1990, the group went onto perform at some of the top music festivals and even Channel 4’s ‘The Big Breakfast’ in 1996. Shed Seven also worked with our very own founder, Neil Primett. Neil, who also worked with the Gallagher brothers back in the early 90s, also worked with the North Yorkshire band on numerous occasions as a promoter putting on legendary early shows with the band supporting fellow Britpoppers, Supergrass. During their 90s heydays the band had 15 top 40 hits with tracks like ‘Chasing Rainbows’, ‘Speakeasy’ and ‘Getting Better’ with ‘Going For Gold’ peaking at number 8 in the UK singles charts in 1996. Capturing the attitude, the swagger and the youthful outlook of the 90s Britpop scene, the band’s distinctive guitar melodies and Rick Witter’s vocals still sound as relevant today as they did 25 years ago. In 1999 Shed Seven released their ‘Going For Gold’ album, a compilation of their greatest hits and a collectors favourite. The cover shows a silhouette of the group with Witter holding a pair of maracas, a musical instrument which has become a symbol of the UK indie scene as well as Witter’s stage presence.

Earlier in the year Shed Seven announced their UK tour with the sounds of the Shed now officially coming to a city near you. Ahead of their biggest ever UK headline tour, Shed Seven front-man and life time friend of 80s Casual Classics, Rick Witter, sent us an exclusive message. In true 90s Britpop style Rick is sporting the recently released adidas Firebird track top in purple which is also now available from 80s Casual Classics. The Shed Seven UK tour kicks off in Stoke on Thursday 21st November 2019 and finishes off at Manchester’s modern day answer to the Hacienda, the Victoria Warehouse, on Saturday 21st December 2019. Other venues along the way will also include the likes of Birmingham, Blackburn, Liverpool, London & Aberdeen with special guests and support from the Birmingham born indie rockers, The Twang. Tickets are selling out fast, but you can still order yours now via shedseven.com.