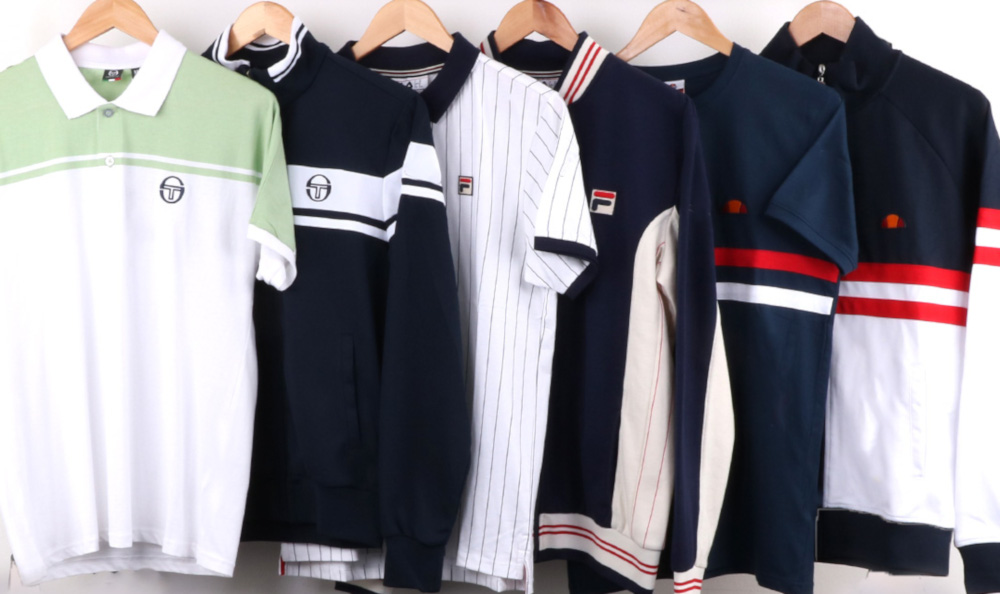 For this latest season we’ve introduced an exclusive selection of matching track tops, tees and polo styles such as the Sergio Tachhini Masters & Young Line styles.

As classic 80s track top styles go, the Sergio Tacchini Masters, the Fila Settanta Mk1 and the Ellesse Rimini need no hype or over the top sales pitch as an introduction. Still some of the most celebrated and respected styles from the 3 Italian sportswear brands (and probably always will be) were originally introduced in the pinnacle casual era of the 80s. A nostalgic era when tennis wear became uber cool with the players that wore them becoming overnight sportswear celebrities and some of the coolest people to ever set foot onto centre court. The Italian designers at the time such as Fila’s Pier Luigi Rolando introduced new sportswear styles that would go down in history, putting a new phrase into the world of casual fashion, “designer sportswear”. A term that would change the world of sportswear forever. 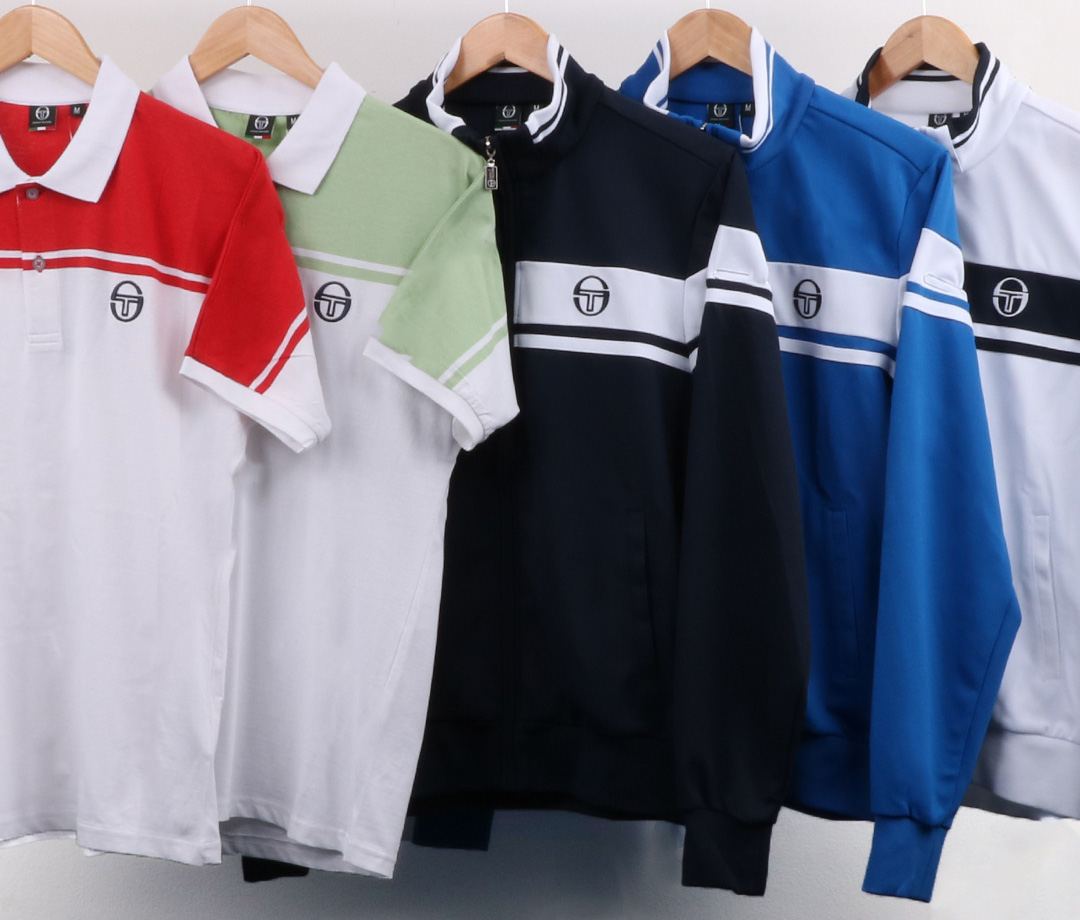 The Sergio Tacchini Masters is now officially back with some matching polo shirt and t-shirt styles for the warmer months. As famously worn by the US tennis great John McEnroe, other “on court” styles to accompany the track top included the Sergio Tacchini Young Line collection, with the original Young Line polo shirt worn by McEnroe in 1981 with the legendary “You Cannot Be Serious” rampage at the umpire. The Sergio Tacchini New Young Line polo shirt came a few years later as also worn by McEnroe in the French Open final in 1984 against Ivan Lendl, a match that is still regarded as one the greatest clay court matches ever. Each style has now been revived for the latest season with some exclusive colourways and all that original ‘Masters’ horizontal contrasting stripe styling. 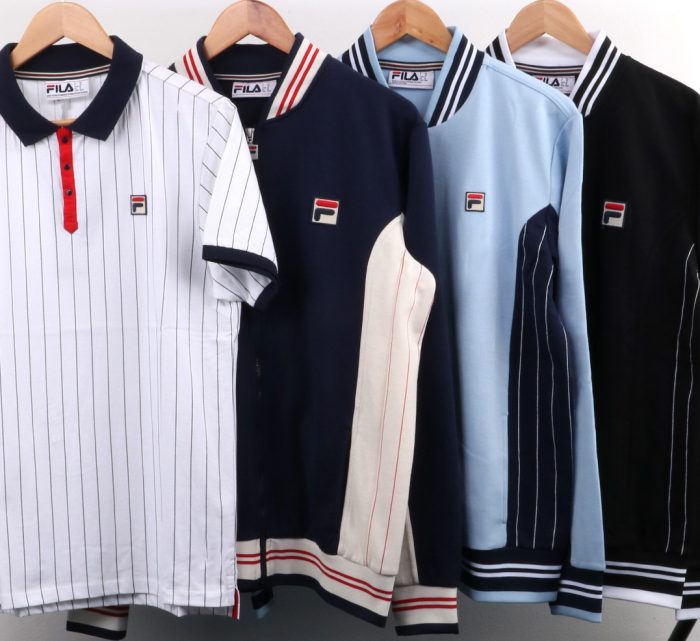 Next up we’ve got the legendary Fila Settanta Mk1 track top, as worn by the Swedish tennis icon himself, Björn Borg. An original casual sportswear icon, the Settanta was first introduced back in 1976, becoming one of Borg’s signature styles throughout his highly successful tennis career. Borg usually teamed up the Settanta MK1 track top with the Settanta polo shirt, famous for its matching pinstripes, the two styles are an absolute must have for retro enthusiasts and casual collectors. Highlights include original F branding to the chest, pinstripe detailing and classic 80s casual sportswear style throughout. 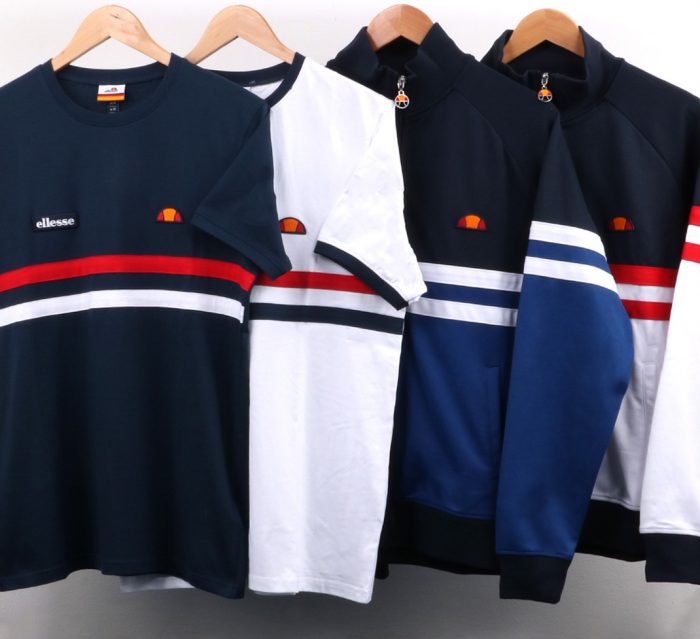 Finally we’ve also introduced some brand new iterations of the famous Ellesse Rimini, a style which first made its mark in the world of casual style and designer sportswear in 1982.  Whereas Fila had Borg, Tacchini of course had McEnroe, Ellesse boasted tennis greats such as Boris Becker and Guillermo Villas on its endorsement roster, daring to go bolder and brighter with its exclusive designs like nothing before it. The Ellesse Rimini is a great example of the Italian brands’ all out vibrant 80s style with the tennis track top icon also now introduced in t-shirt form. Taking its name from the coastal resort in Italy, the Rimini now lands in some exclusive colourways with the famous 2 stripe detailing alongside the classic Bex navy track top version as famously worn by Paul Anderson in Nick Love’s The Firm from 2009.