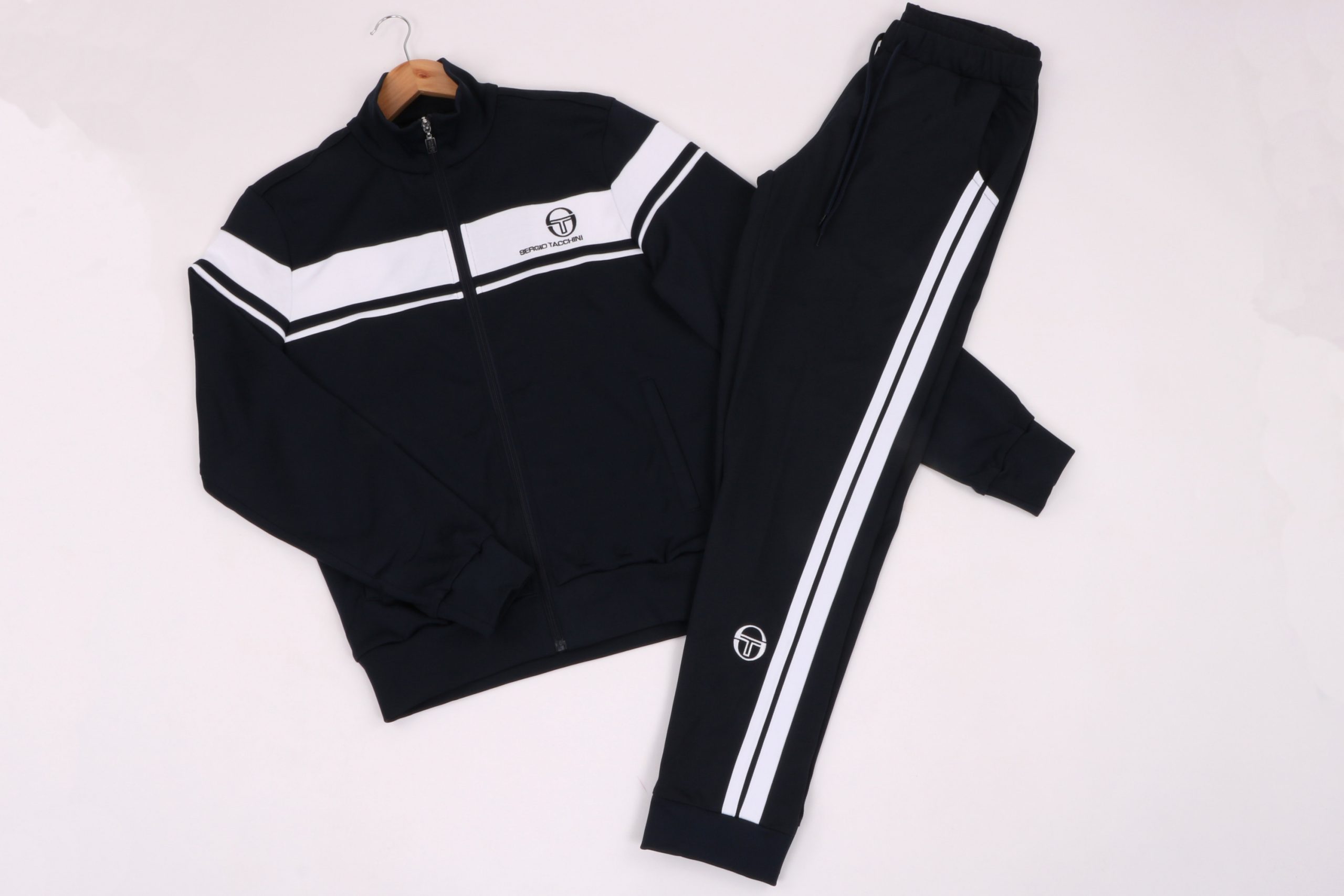 The ever popular Sergio Tacchini Masters now arrives in full tracksuit form for the ultimate 80s retro sportswear vibes fresh from the archives.

The significance of the full tracksuit to the 80s is huge. A combination of subcultures, sporting legends & a new wave of fitness freaks put the tracksuit on the apparel map like nothing before it. Yes we’d already had the likes of the Beckenbauer from adidas but before the late 70s & early 80s came with its colourful casual style, the tracksuit was still really just worn for sports & exercise. The point is the tracksuit wasn’t really worn “casually”. A combination of the B-Boy scene & electro music from the Big Apple, the changing fitness trends of the 1980s and the rise of the casuals & their desire for the most expensive designer sportswear saw the demand for tracksuits in the 80s sore. In celebration of the 80s casual tracksuit trend we’ve now introduced the Sergio Tacchini Masters tracksuit for the ultimate 80s retro sportswear vibes. 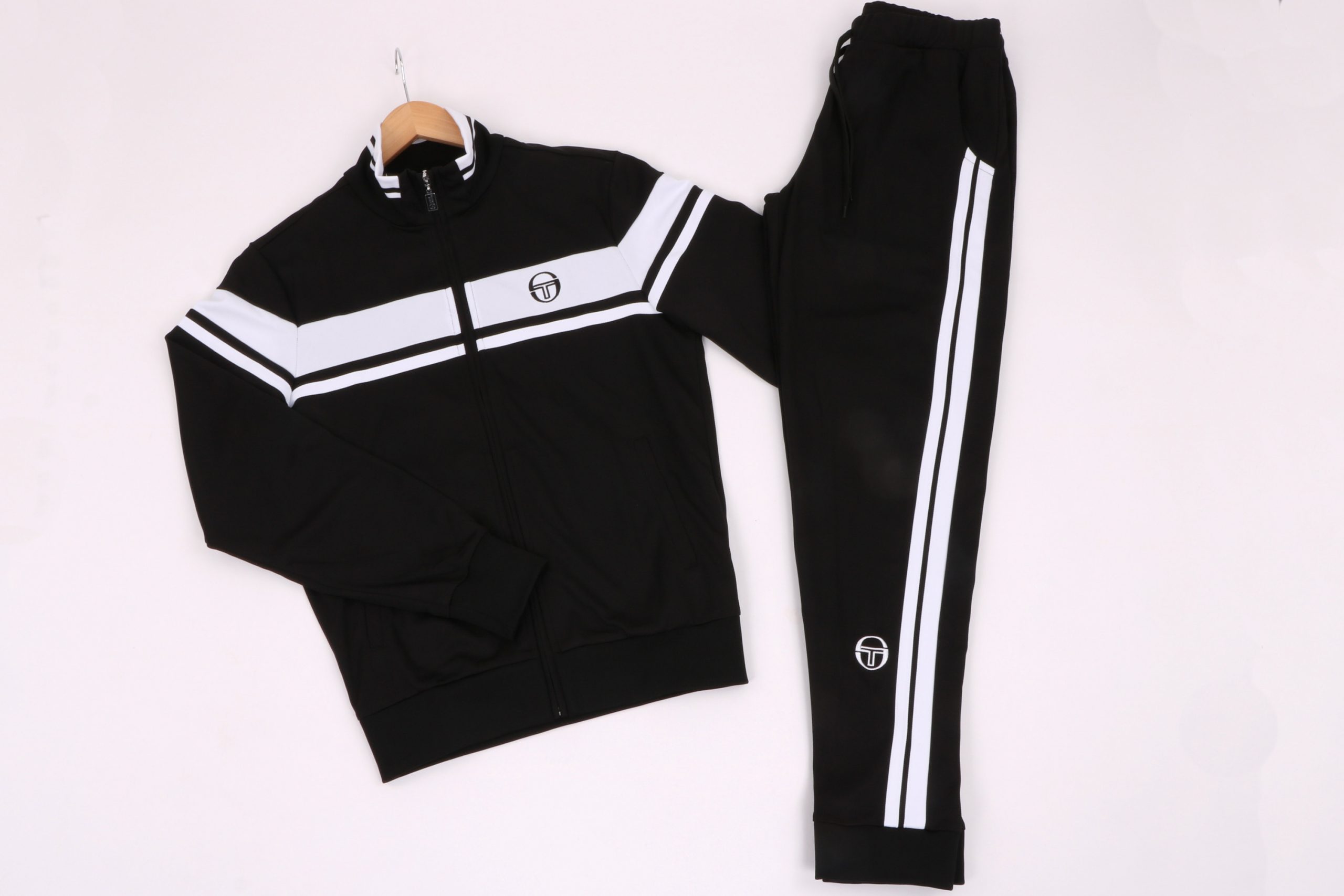 You only have to look at the original catalogues from Sergio Tacchini from the early 80s to appreciate the significance & popularity of the Sergio Tacchini tracksuit in all its glory. The OG styles just screamed pure class and for the average working class youth at the time who wouldn’t want to be dressed head to toe in the latest casual luxury? Full Sergio Tacchini tracksuits were worn by a range of people from the UK to the US from mafia dons to rising rap stars to the casual elite. 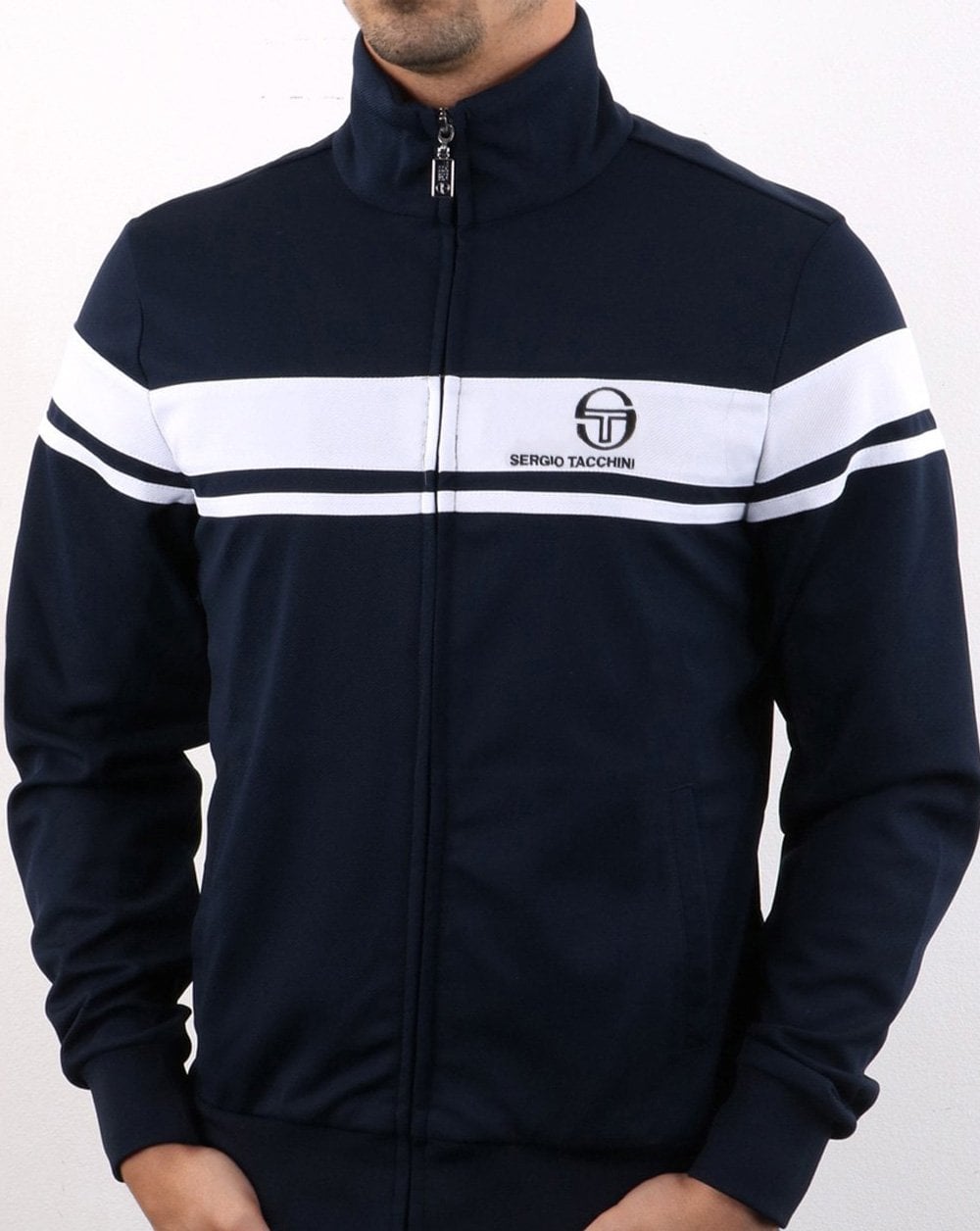 The Sergio Tacchini Masters takes its original name from the Masters Grand Prix of which John McEnroe won numerous singles titles in London, Stockholm, Tokyo, Philadelphia and Forest Hills between 1978 and 1985. The Masters style was also seen on McEnroe in polo shirt form as part of the Young Line series with its signature twin stripes running across the chest. The archive design continues to be a top seller at 80s Casual Classics and is now introduced in full tracksuit form for the latest season 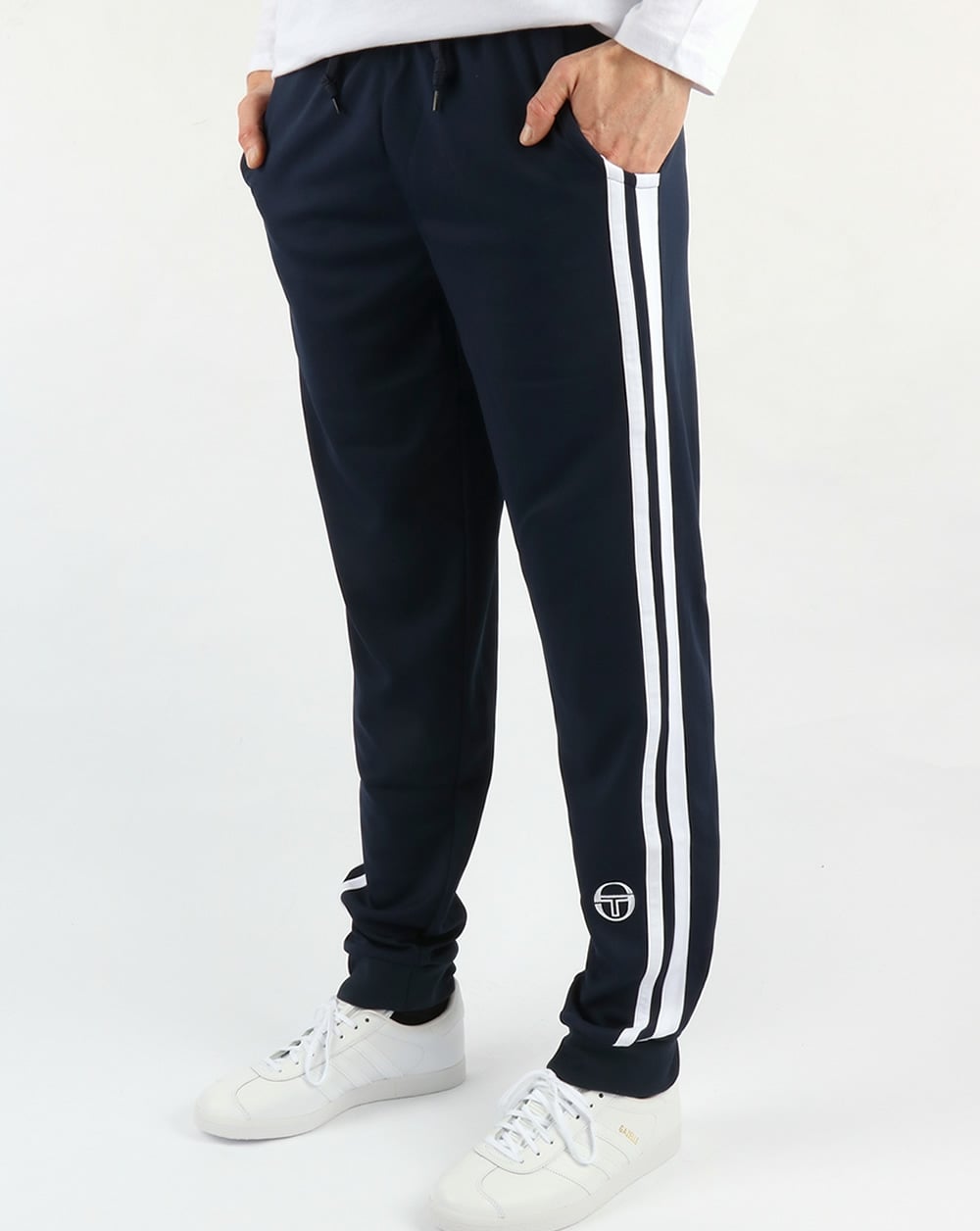 The Masters track top & track bottoms are both available in some classic colourways which includes navy/white & black/white. The track top features the signature contrasting stripe detail across the chest with the embroidered ST branding to the left chest. The track bottoms switch it up with the stripe detail running down the leg & ST branding to the left lower leg. A great combo for some casual lounging and a must have style for any serious retro sportswear fan.