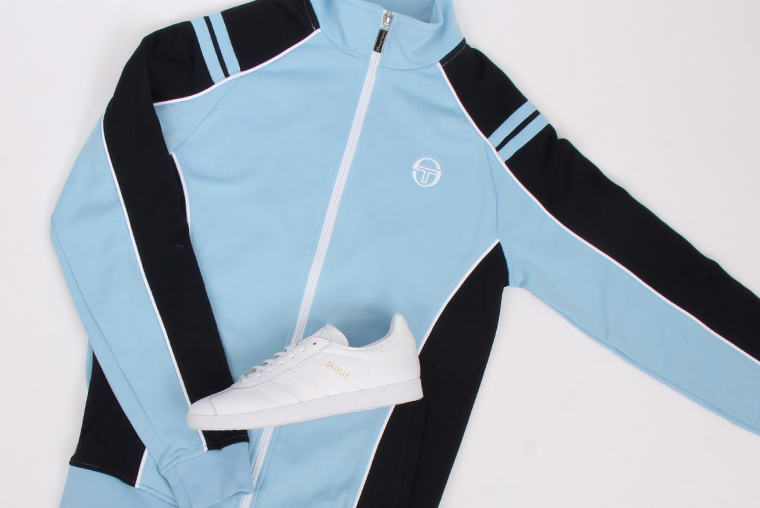 Be Someone: Introducing The Sergio Tacchini Iceberg Track Top

The Sergio Tacchini Iceberg track top is an original early 80s style as worn by Danny Dyer in Nick Love’s cult classic ‘The Business’ from 2005.

Nick Love’s ‘The Business’ from 2005 did a great job of highlighting the stark contrast between the flamboyant sunny shores of the Costa Del Crime compared to the gloomy & grey concrete jungles of South East London in the 1980s. After Duran Duran’s hit 80s classic ‘Planet Earth’ has played out we are taken back to reality in South East London a few years earlier. A group of lads are skinning up a joint on an estate somewhere in “Bandit Country”. The contrast of the concrete and the colourful casual clothes automatically grabs your attention. An airplane flies past with the words “Be Someone” highlighting the sense of a desire for a new adventure & to get the hell out of the concrete jungle. It’s also the first scene where we get a glimpse of the Sergio Tacchini Iceberg track top as worn by Frankie played by Danny Dyer.

Above: Be Someone. Danny Dyer wearing the Sergio Tacchini Iceberg track top from The Business from 2005.

The Business wasn’t just about cocaine and casual clothes though. It also highlighted the socioeconomic problems of the era. The poor prospects & lack of opportunities for young adults growing up on inner city estates in the Thatcher era. Who wouldn’t want to switch all that up for the flamboyant lifestyle of the Playboy on the Costa Del Crime? In that sense, the Sergio Tacchini Iceberg track top is a key wardrobe style from the film. It’s the only style that marks the transition between the concrete council estates and the sunny shores of Spain. The point here is the classic tennis style can call both of them its home. That was the beauty about 80s casual sportswear, it wasn’t just worn by the Casuals in Manchester or Milton Keynes, it was also worn by the Playboys on the Playa’s of Spain & further afield. 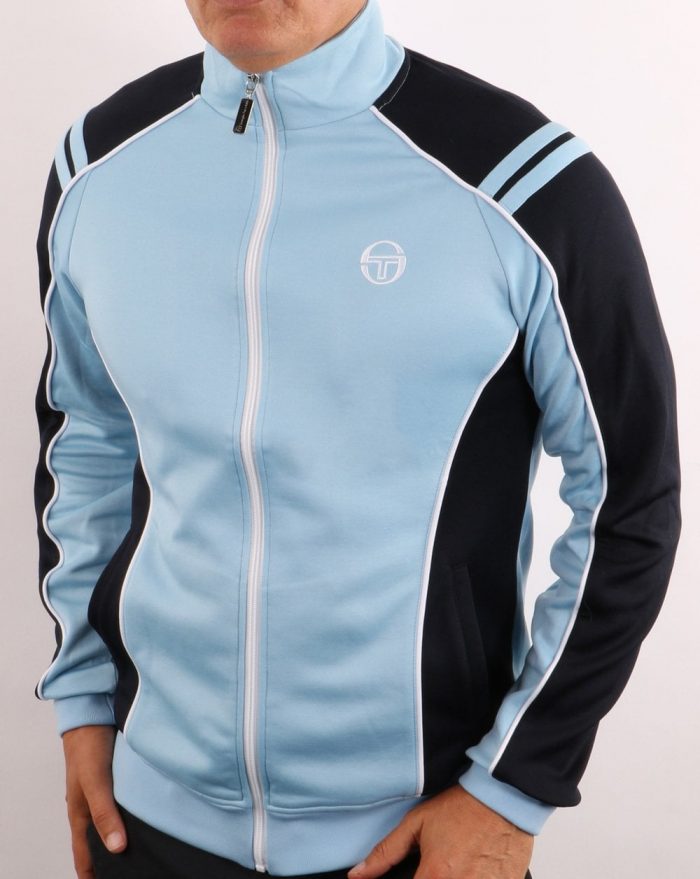 It is therefore with great pleasure that we can now announce that we have re-introduced the original 80s Tacchini style. An exclusive to 80s Casual Classics, the Iceberg now lands in a previously never re-released sky/navy/white colourway. An original early 80s colourway, the Iceberg is a key track top style of the colourful casual era. An original ‘Made in Italy’ style, the Iceberg captured the premium price tag and popularity of the Italian brand as famously worn by the Casuals and the original B-boys. 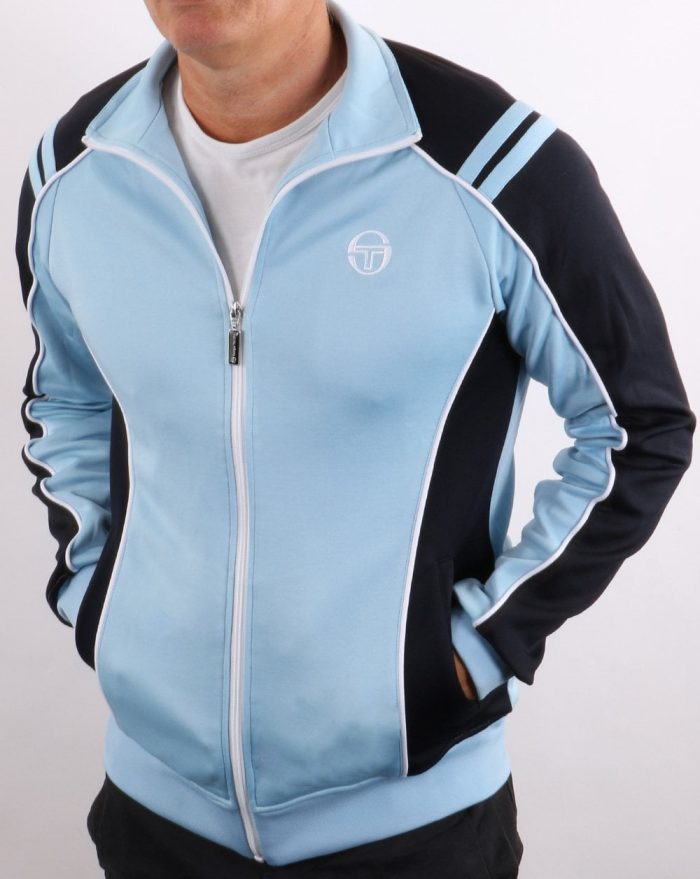 Featuring a full zip closure with classic 80s style piping to the sleeves and the front, the Iceberg is a must have summer style for some airport swagger. Other highlights include contrasting navy panelling, side slip pockets & classic ST branding to the left chest. Wear it collar up or collar down with a pair of classic tennis shorts and you’ll look ream this summer. This exclusive style is expected to sell out fast so be quick. Shop the Sergio Tacchini Iceberg track top now via the links.