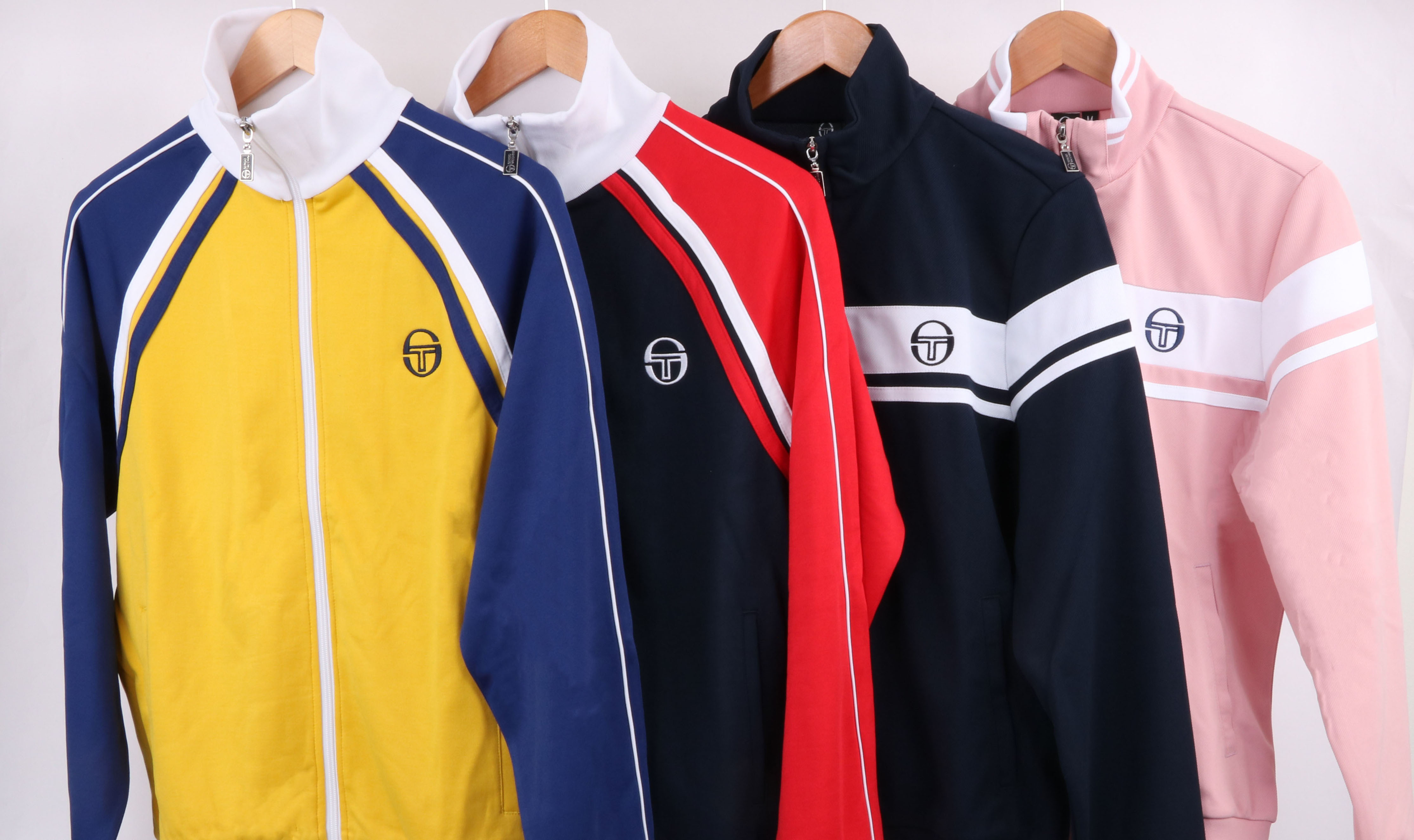 Two classic Tacchini tennis styles from the masterful McEnroe era are treated to some updated colourways for the latest season.

The original track top styles worn by John McEnroe throughout the 80s put Sergio Tacchini on the sportswear map like never before. McEnroe played by his own rules and showed the tennis elite that a rebellious streak could go a long way for the traditional gentleman’s sport. Whereas Borg had already won numerous Grand Slam titles, McEnroe had something to prove and he did just that. Cited by some as the fiercest rivalry the racket sport had ever seen, it also marked a new chapter of sportswear, the birth of casual fashion and a legacy of Tacchini styles that would go down in history. As far as classic Sergio Tachini goes, the McEnroe connection doesn’t really get much better.

Above: John McEnroe lifting the US Open trophy in 1980 wearing the Sergio Tacchini Ghibli track top.

The American young gun was explosive on the court and so was his attitude, with McEnroe endorsing numerous Sergio Tacchini styles throughout his victorious career in the 80s. Styles like the Sergio Tacchini Ghibli and Masters track tops gained household recognition thanks to McEnroe’s skill and his crazy on court antics. Both styles are now re-introduced to 80s Casual Classics in some fresh and OG colourways as part of the latest Tacchini collection. 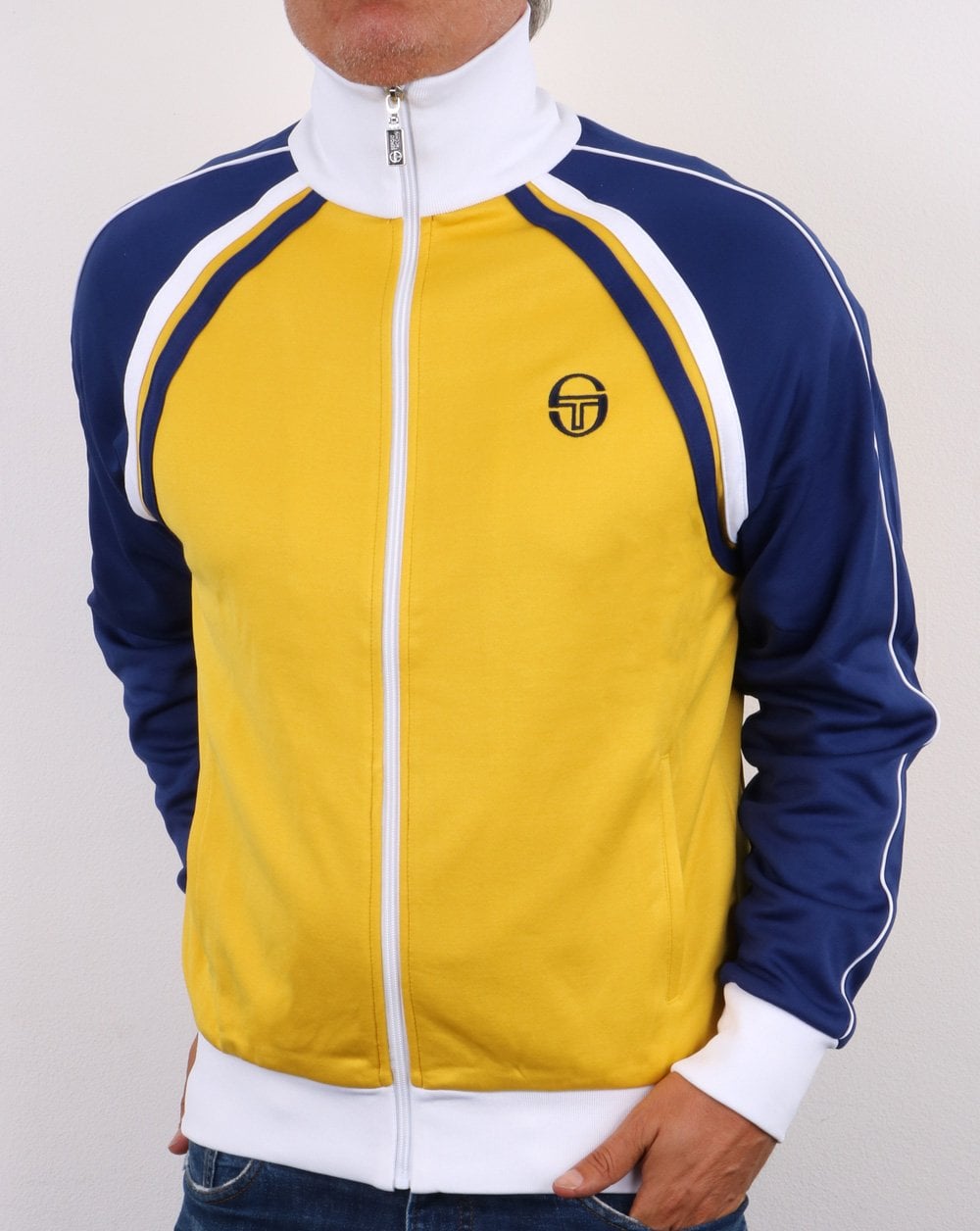 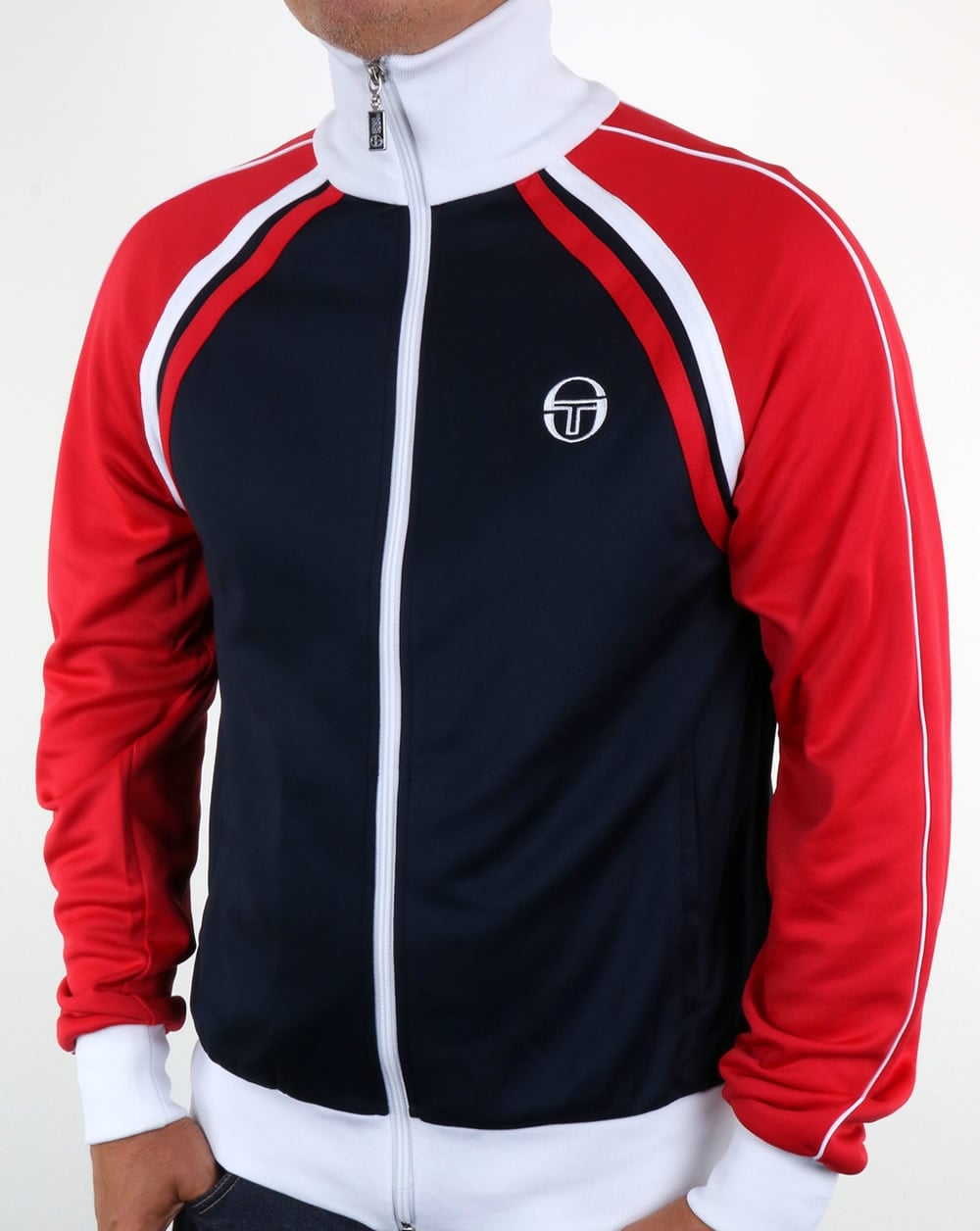 Like the equivalent of the Fila Settanta Mk1 to Björn Borg, the Ghibli is one of the main styles we associate with McEnroe throughout the Borg v McEnroe rivalry of the early 80s. Famously worn by McEnroe when he played for the USA Davis Cup team, which can be seen embroidered on the original track top and also when he beat Björn Borg in the Wimbledon final in 1981. The Sergio Tacchini Ghibli track top now returns in its original OG McEnroe colourway as well as the introduction of a bran new yellow/vintage blue colourway. 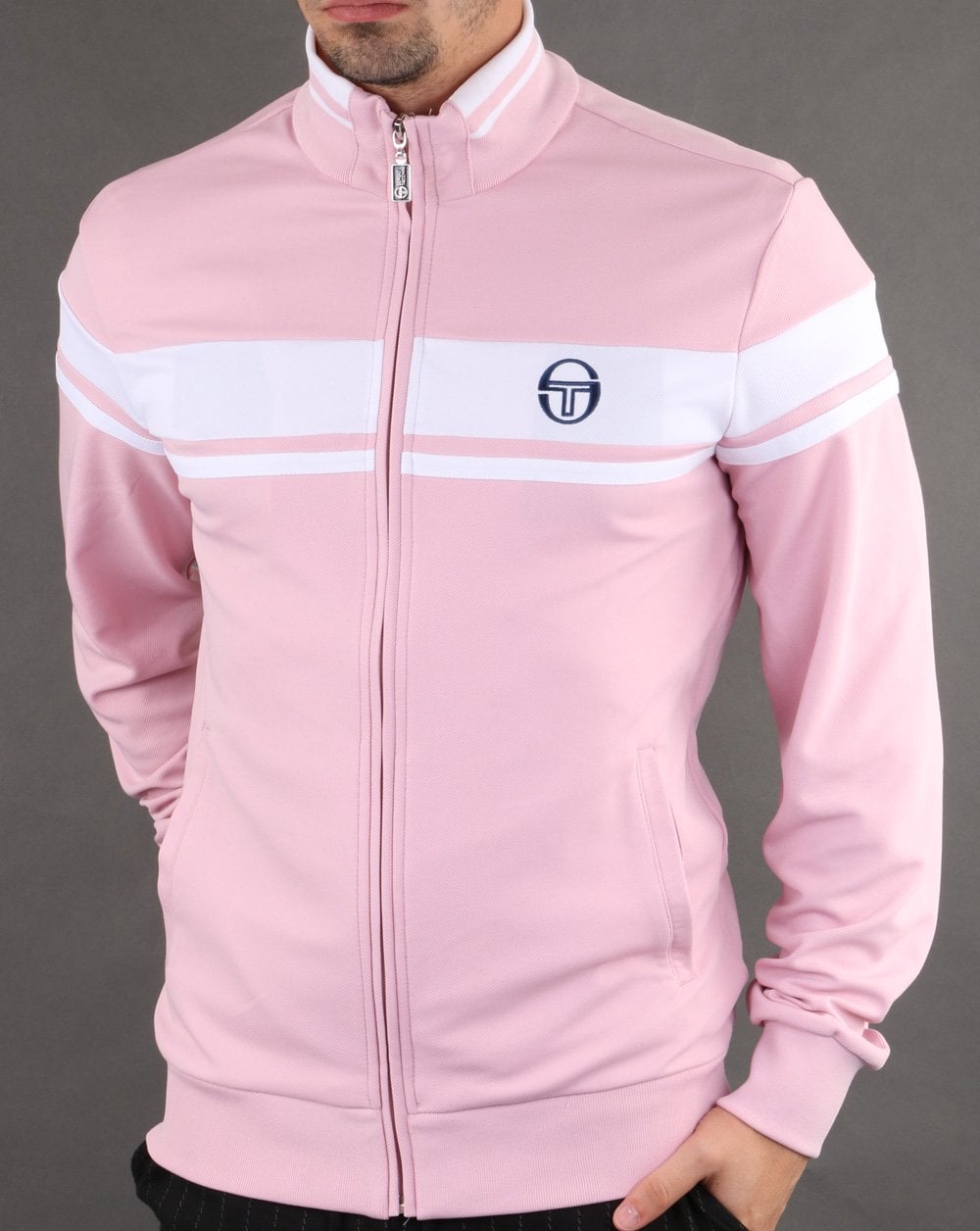 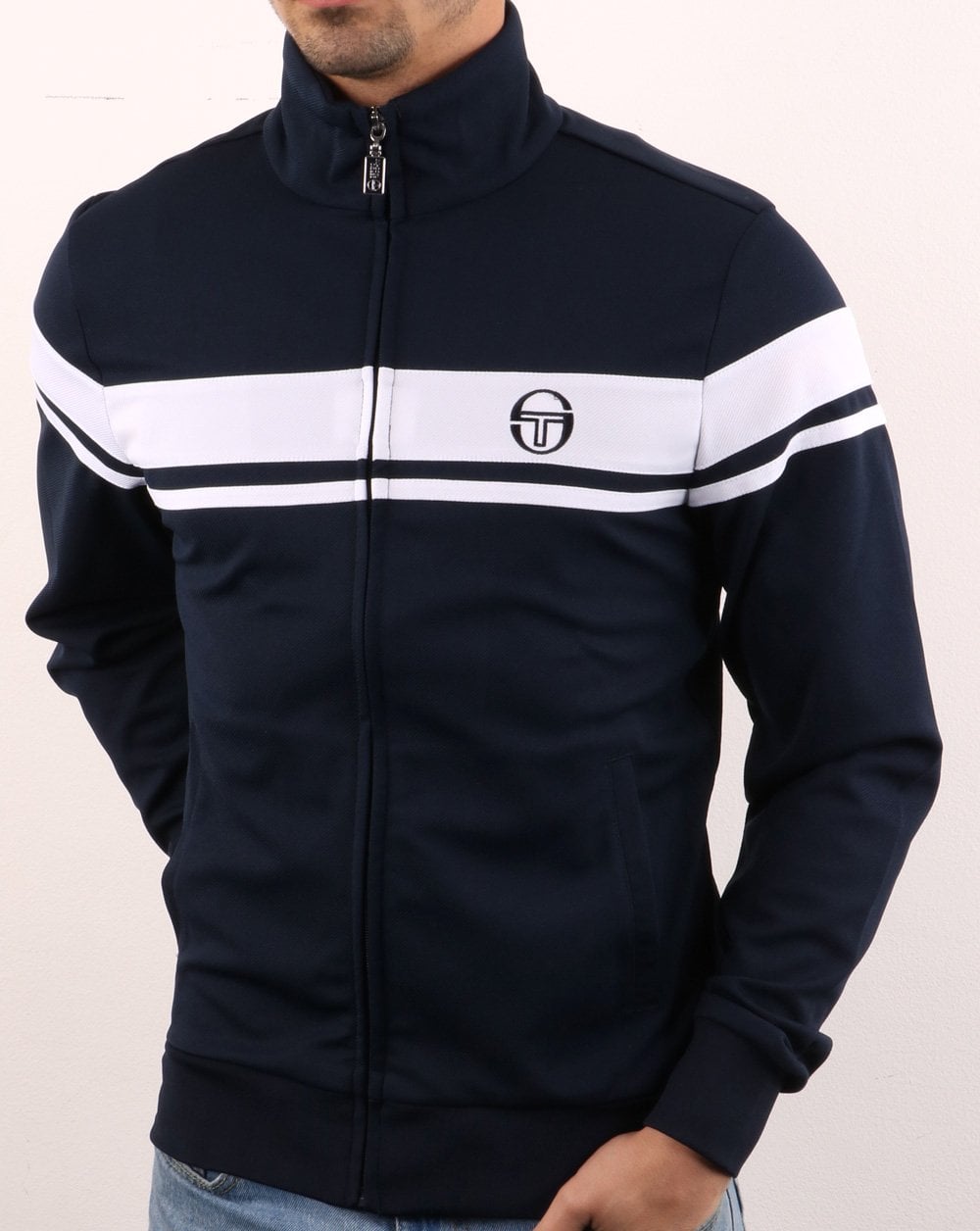 The Sergio Tacchini Masters track top is also treated to a tonal update in a super fresh pink/white colourway. Taking its original name from the Masters Grand Prix of which McEnroe won numerous singles titles in London, Stockholm, Tokyo, Philadelphia and Forest Hills between 1978 and 1985. The Masters style was also seen on McEnroe in polo shirt form as part of the Young Line series with its signature twin stripes running across the chest. The archive design continues to be a top seller at 80s CC as in now introduced in some updated colourways for the latest season.