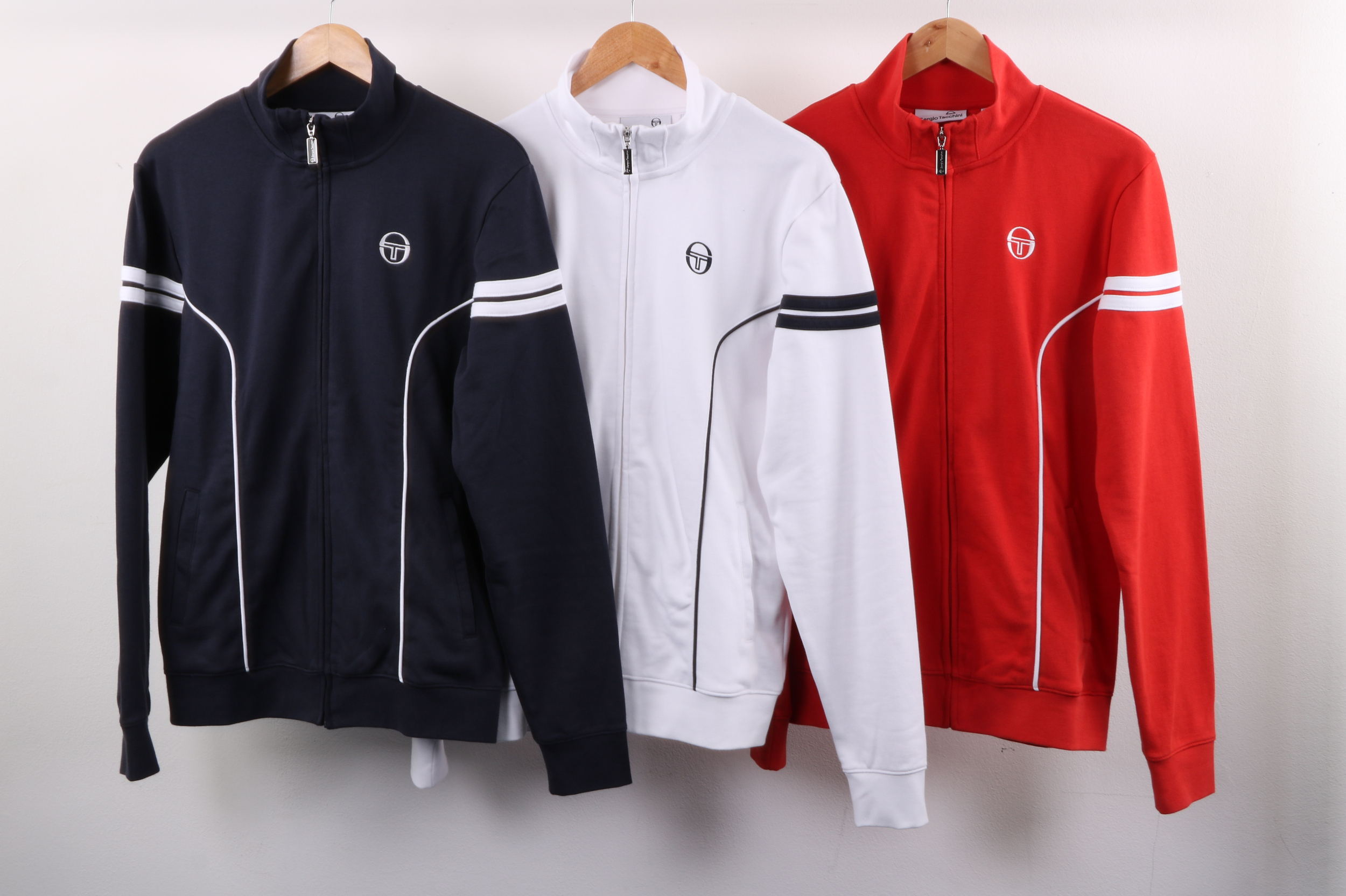 The classic Sergio style as worn by John McEnroe returns to its spiritual home with the return of the Sergio Tacchini Fjord track top.

Let’s rewind to 1982 for a second. Argentina invaded the Falkland Islands. New Order were in the studio recording ‘Power Corruption & Lies’ and the UK saw the introduction of a 4th TV channel to their airwaves. England’s dreams of World Cup glory in Spain came to a sudden halt after failing to reach the knockout stages, although their new Admiral kits were pretty cool. Casual culture was in full swing and expensive sportswear from the continent was all the rage. 1982 also marked the 3rd Wimbledon final of the fiery American, John McEnroe, who went head to head with Jimmy Connors. The 5 time Champion of the prestigious lawn tennis tournament, Bjorn Borg, was taking a break from the sport & McEnroe was looking to bag his second Wimbledon glory. If there was one thing that stood out as McEnroe & Connors posed together at the net of centre court in July 1982, it was the bright red Sergio Tacchini Fjord track top McEnroe was wearing. 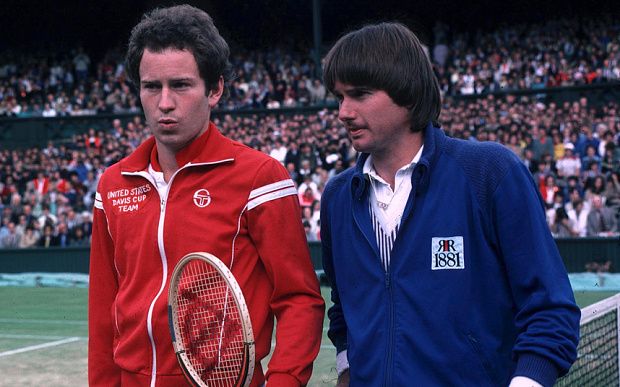 Above: John McEnroe wearing the Sergio Tacchini Fjord track top at the Wimbledon final against Jimmy Connors in 1982.

The Italian sportswear brand couldn’t of really asked for much more as far as endorsements were concerned when it came to McEnroe. His temper tantrums & publicity added even further to the appeal of Tacchini at the time. He was more like a rock star & nothing the traditional tennis world had seen before. McEnroe’s stylish tennis gear, courtesy of Tacchini, also gave him his own unique “centre court” look. 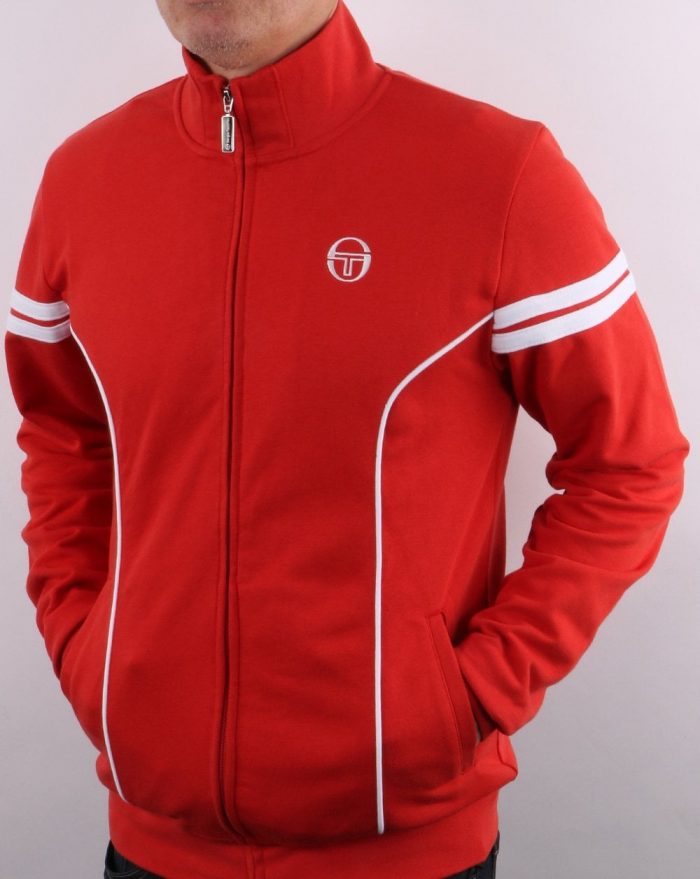 There were numerous classic McEnroe styles of the 80s era such as the Ghibli, the Masters, the Dallas, the Star & the Fjord to name a few. McEnroe also wore the Fjord track top in the striking red colourway when he beat Mats Wilander in the 6 hour long Davis Cup quarter-final in 1982. Just like the majority of classic Tacchini styles worn by McEnroe from the early 1980s, the Fjord was also massive hit with the Casuals for its hefty price tag & elitist appeal. 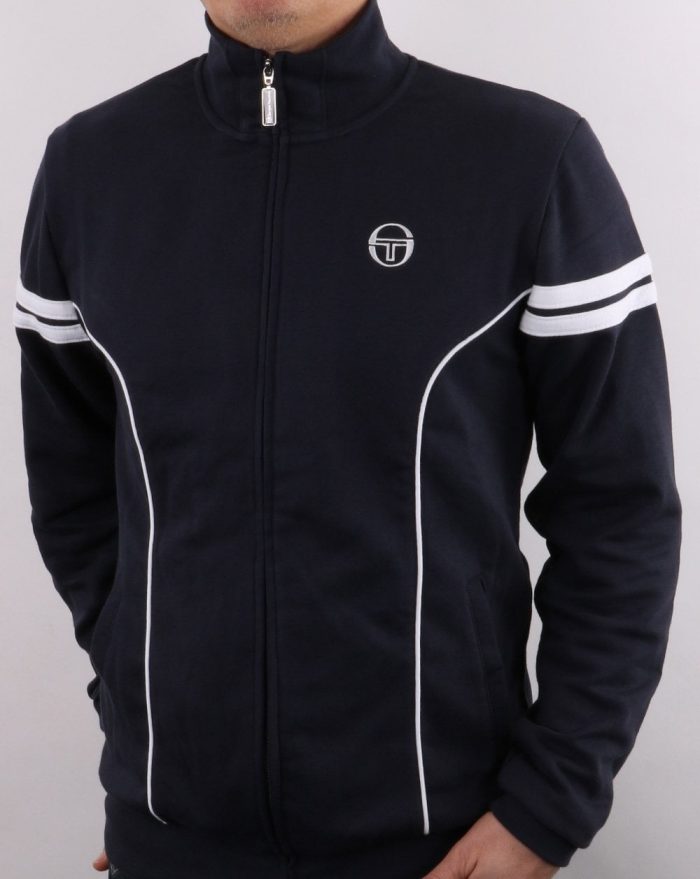 The classic Tacchini track top now returns to its spiritual home in all its OG glory. Available in a trio of classic colourways including red, navy & white, the Fjord is a testament to the colourful tennis era of the 1980s. Featuring all the original hallmarks of the McEnroe classic, the Fjord is a timeless piece of Casual sportswear. 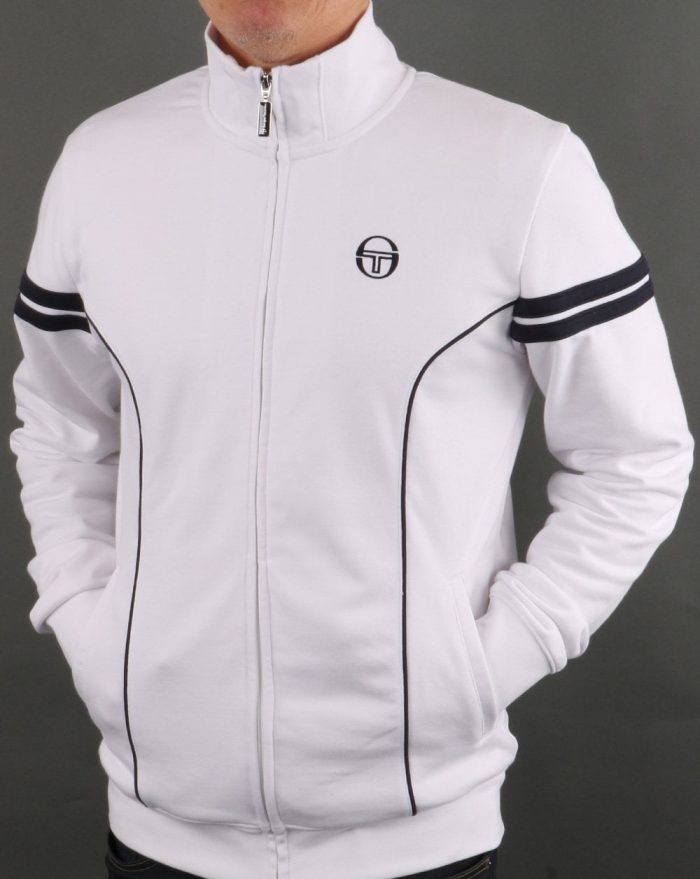 Highlights include a full front zip closure with branded zip pull, ribbed collar and cuffs with contrasting twin stripes to each sleeve. The Fjord is finished off with contrasting side piping alongside the signature ST branding to the left chest. Shop the classic 80s track top style now at 80s Casual Classics.