X
This site uses cookies to provide and improve your shopping experience. If you want to benefit from this improved service, please opt-in.
More Info
Accept Cookies
80's Casual Classics80's CC NostalgiaSergio Tacchini Classics: No One Does It Better
Menu 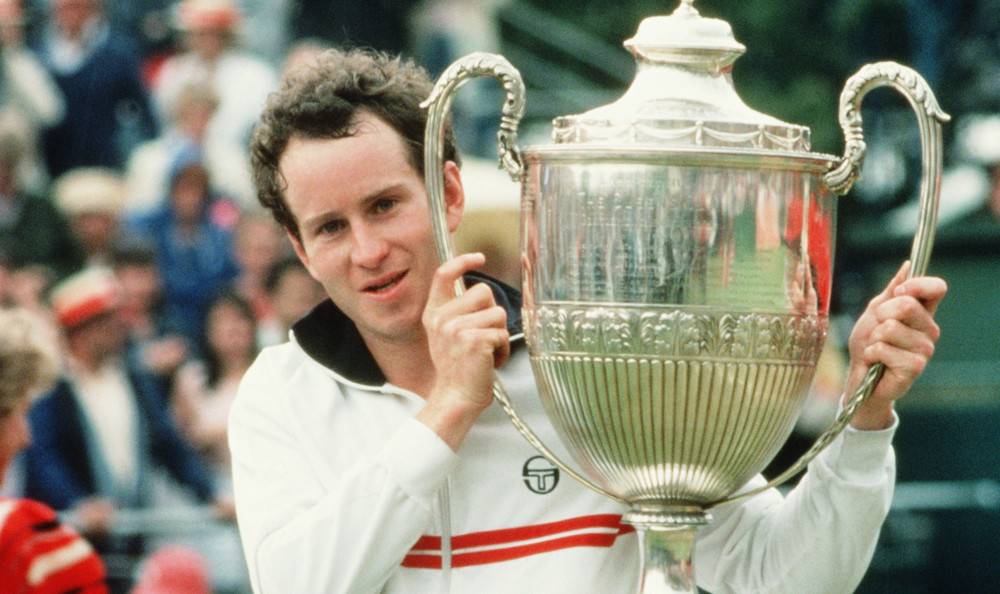 Sergio Tacchini Classics: No One Does It Better

The Sergio Tacchnini Dallas & Masters are now back at their spiritual home with some very special limited edition releases.

Sergio Tacchnini has become part of the heritage and backbone at 80s Casual Classics since the very beginning. A key brand from the 80s tennis era as well as being a firm casual favourite, its brands like Tacchini that have gone down in 80s folklore. Over the years we have brought back key 80s styles from the Italian sportswear brand’s archive, from an era of casual sportswear and tennis nostalgia that will be never be forgotten. What started as a cool Italian sportswear label, as famously worn by tennis legends such as John McEnroe, would go on to become one of the most celebrated 80s brands of all time. Key styles have been the centerpiece of the 80s Casual Classics movement with classic styles like the Sergio Tacchini Dallas & Masters track tops becoming some of the most admired and collectible pieces. The good news is we have now got both styles back at 80s Casual Classics, and of course we’ve got some limited edition colourways (as we always do) to go with the release. 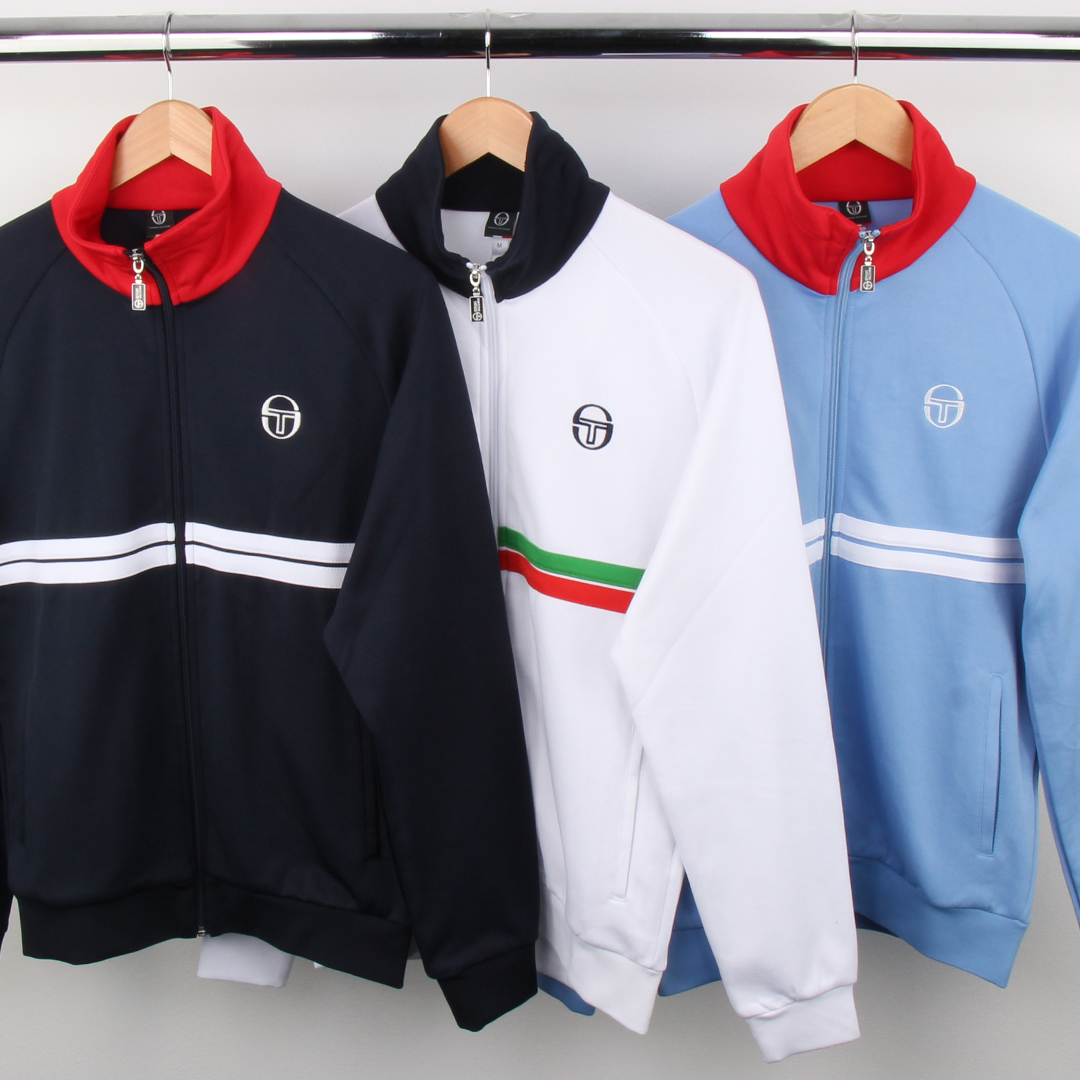 The Sergio Tacchini Dallas track top has been apart of the 80s Casual Classics family from the very beginning. As seen on Frankie played by Danny Dyer in Nick Love’s ‘The Business’ from 2005, with the iconic navy/red and sky blue/red versions being some of the most recognizable styles from the film. We’ve also got classic McEnroe style with the crisp white with green and red stripes, a similar style as seen on the tennis legend when he lifted the Wimbledon trophy in 1984. 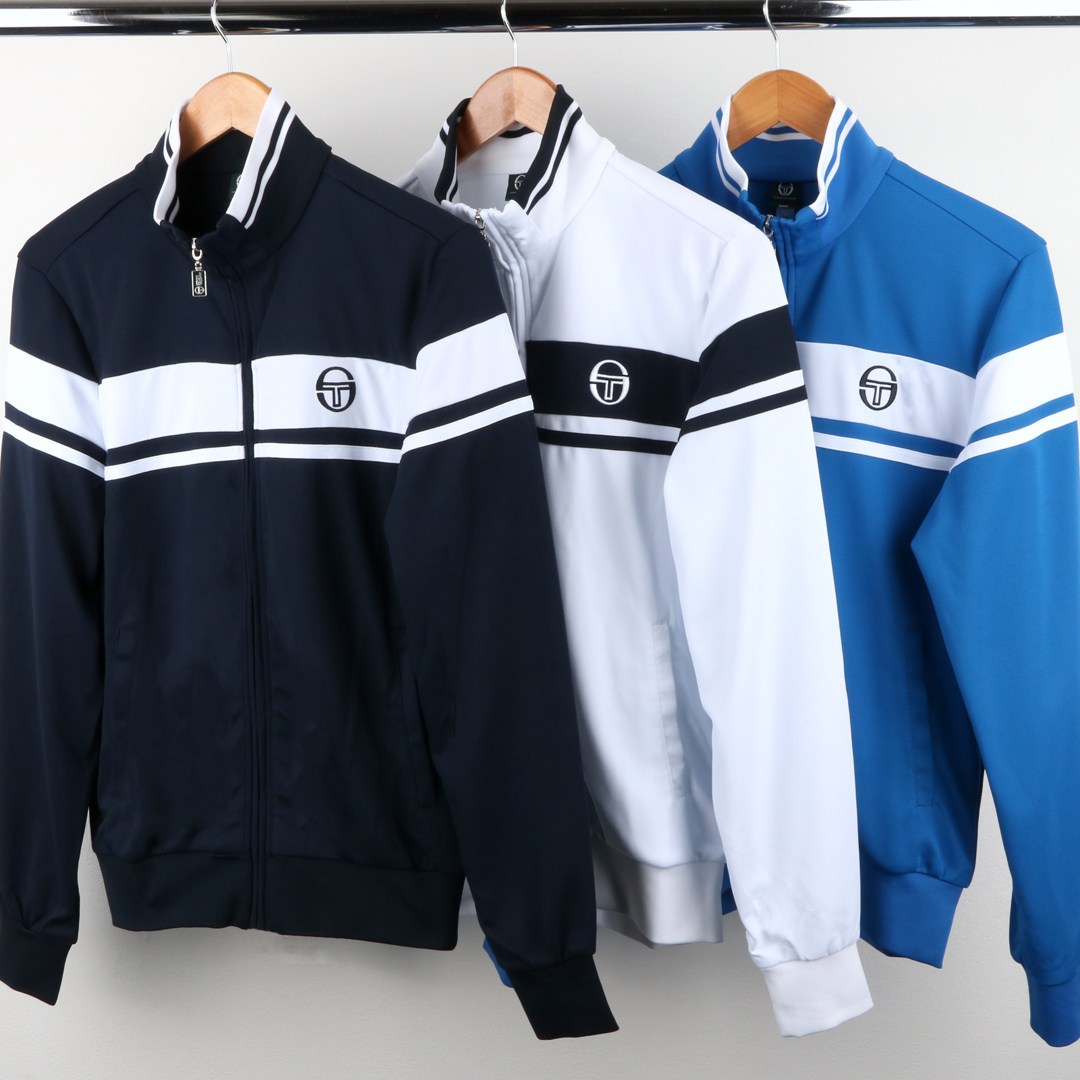 Also taking its design from the 80s McEnroe era, the Masters has become another iconic Sergio style to 80s Casual Classics over the years. This slightly updated version features all the original hallmarks of the classic style in a durable polyester fabric with twin stripe detailing to the collar and the signature stripes across the chest. Classic Tacchini really doesn’t get much better and its available in a variety of colourways including white, royal blue and navy. 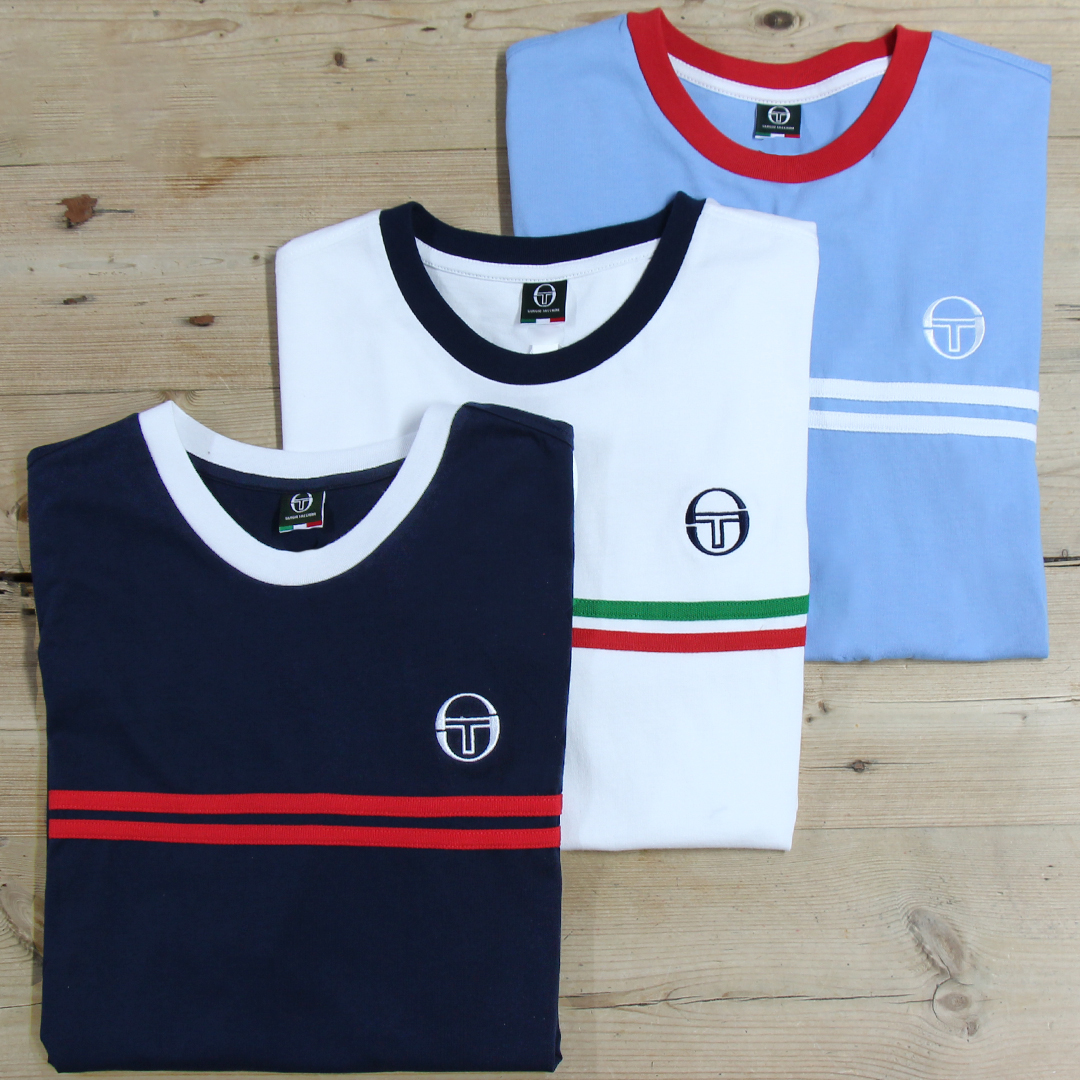 Although the Super Mac T-shirt is a brand new style at 80s Casual Classics, its design stems from the legendary Super Mac polo shirt, as worn by John McEnroe himself. Features include the iconic twin stripes across the chest and is available in some Dallas inspired colourways. 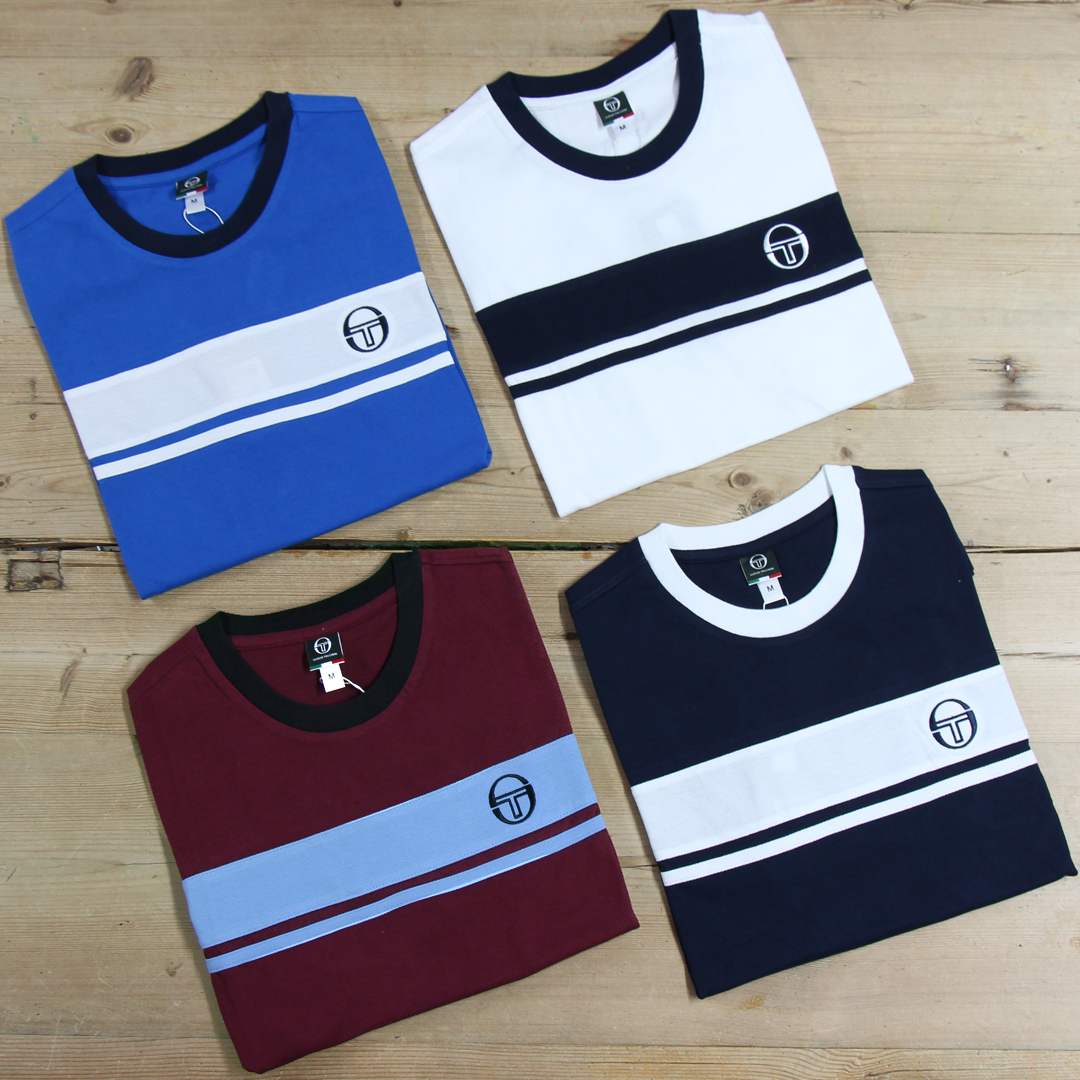 Above: The Sergio Tacchini Masters in T-shirt form.

The classic Masters track top design is now incorporated into a t-shirt for a fresh summer style. Features include 100% cotton fabric with the signature ‘Masters’ stripes across the chest, also available in a variety of classic colourways.