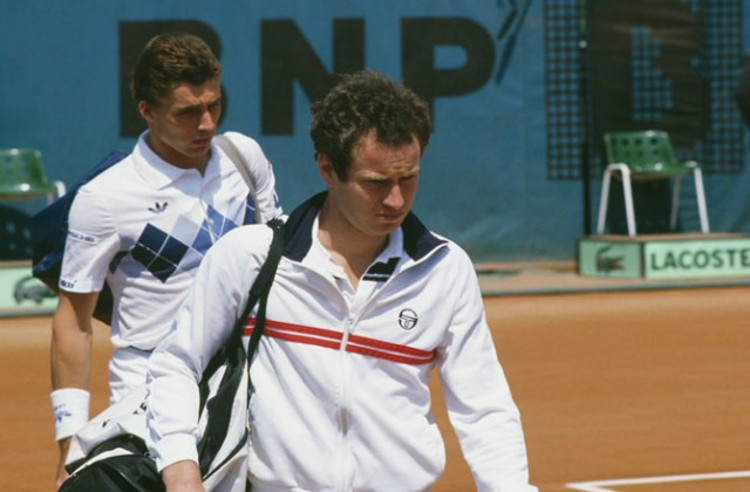 The Sergio Tacchini Dallas track top from 1984 was one of John McEnroe’s final Tacchini tennis styles he wore from the golden era of casual sportswear.

It’s 1984 at the Stade Roland Garros in Paris. John McEnroe has already beaten his fellow American, Jimmy Connors in the semis, to reach the French Open final. The only thing that stands in the way of McEnroe’s very first French Open glory is the 6 foot 2, adidas Argyle wearing Czechoslovakian, Ivan Lendl. McEnroe never managed to win the French Open in his glory years but 1984 would mark Lendl’s very first Grand Slam title. It was the start of a new era of tennis superstars. The 1984 French Open wasn’t just about Lendl’s first Grand Slam title though, it was all about the clobber the two tennis legends were wearing as they stepped foot onto centre court. Lendl was sporting that iconic adidas Argyle polo shirt. McEnroe on the other hand was wearing the Sergio Tacchini Dallas track top in its iconic white colourway with red stripes. The legendary tennis moment was a testament to casual fashion of the 1980s. 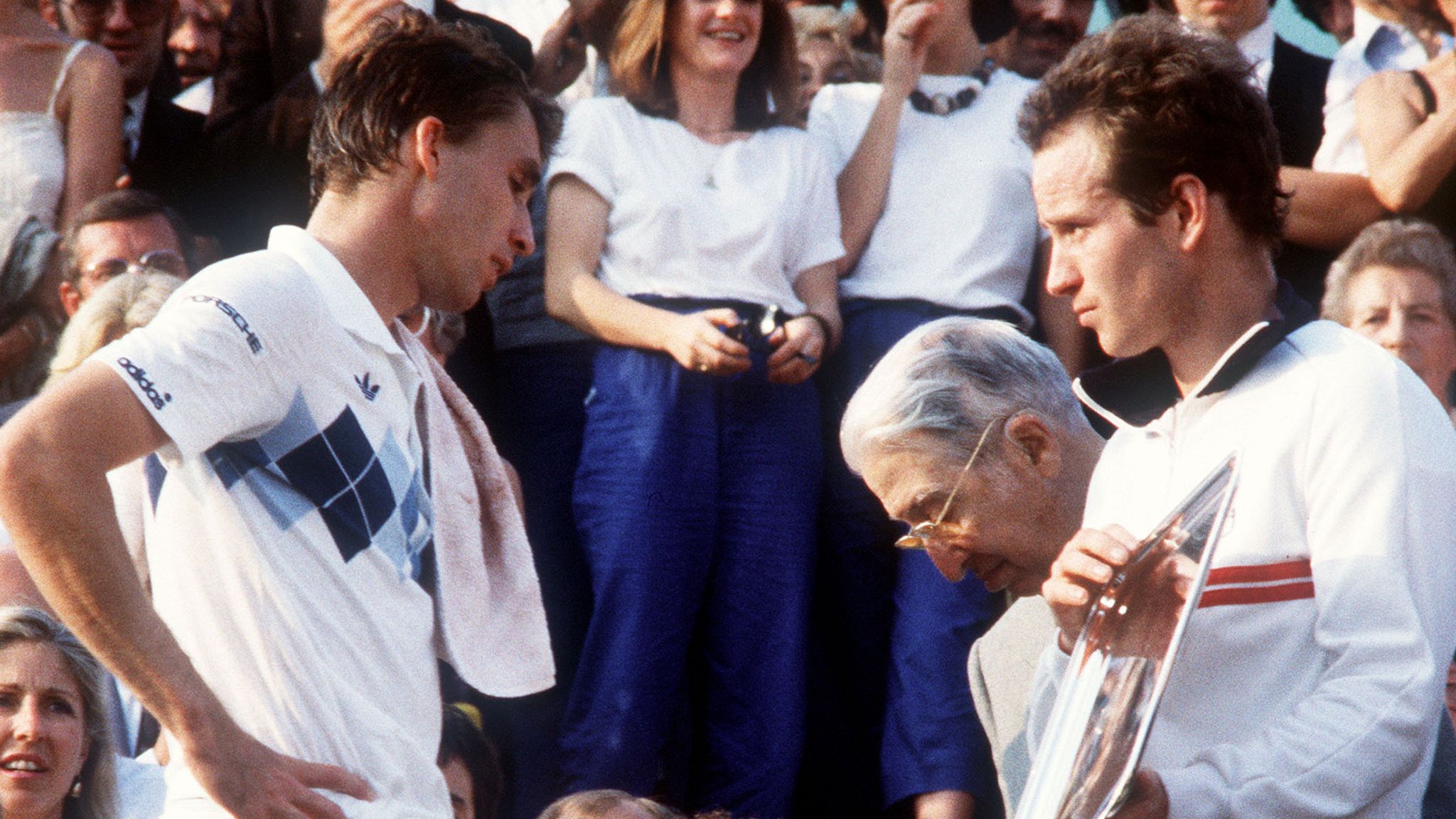 Above: Ivan Lendl (left) & John McEnroe (right) with his runners up trophy at the French Open final in 1984.

1984 was McEnroe’s most successful year ever. The year marked his 3rd Wimbledon title & 4th US Open title, making him one of the most successful tennis players ever. He also won the Masters & the WCT finals. Moving into 1985 McEnroe’s success started to dwindle. The closest he came to a major Grand Slam trophy was becoming a runner up at the US Open. McEnroe’s glory days were sadly over. The irony was that he was no longer sponsored by Sergio Tacchini. The golden era of tennis tantrums & Tacchini was over. The French Open in 1984 was one of the very last times we would see the American legend wearing a bit of Sergio, which makes this particular colourway of the Dallas that little bit extra special. 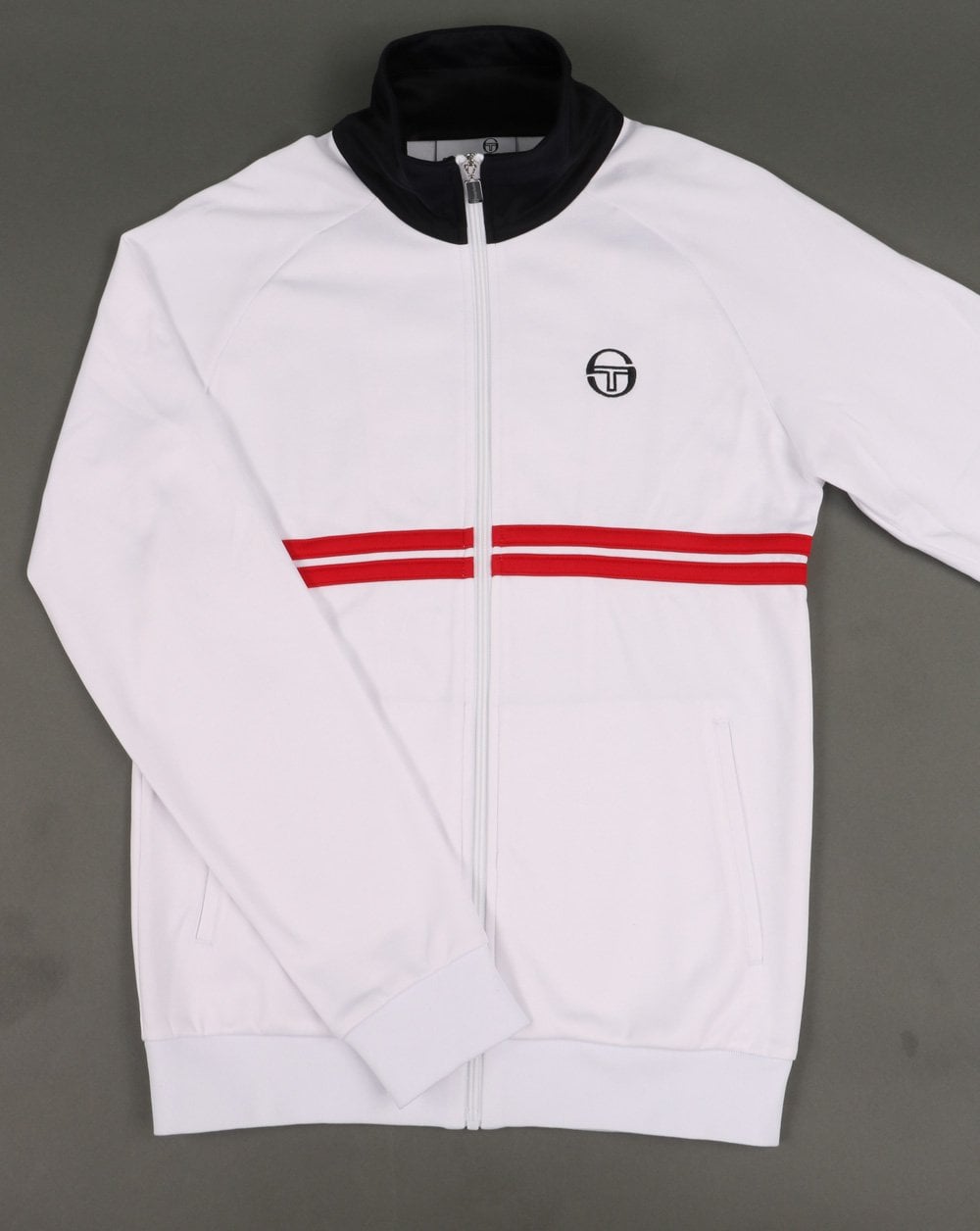 There were numerous classic McEnroe styles of the 80s era such as the Ghibli, the Masters, the Star, the Fjord & of course the Dallas. Worn by John McEnroe during his Grand Slam heydays, the Dallas was also famously worn by McEnroe has he lifted the prestigious Wimbledon trophy in 1984. The Dallas is now revived in its original white/red colourway from 1984 as worn by the American tennis legend himself. 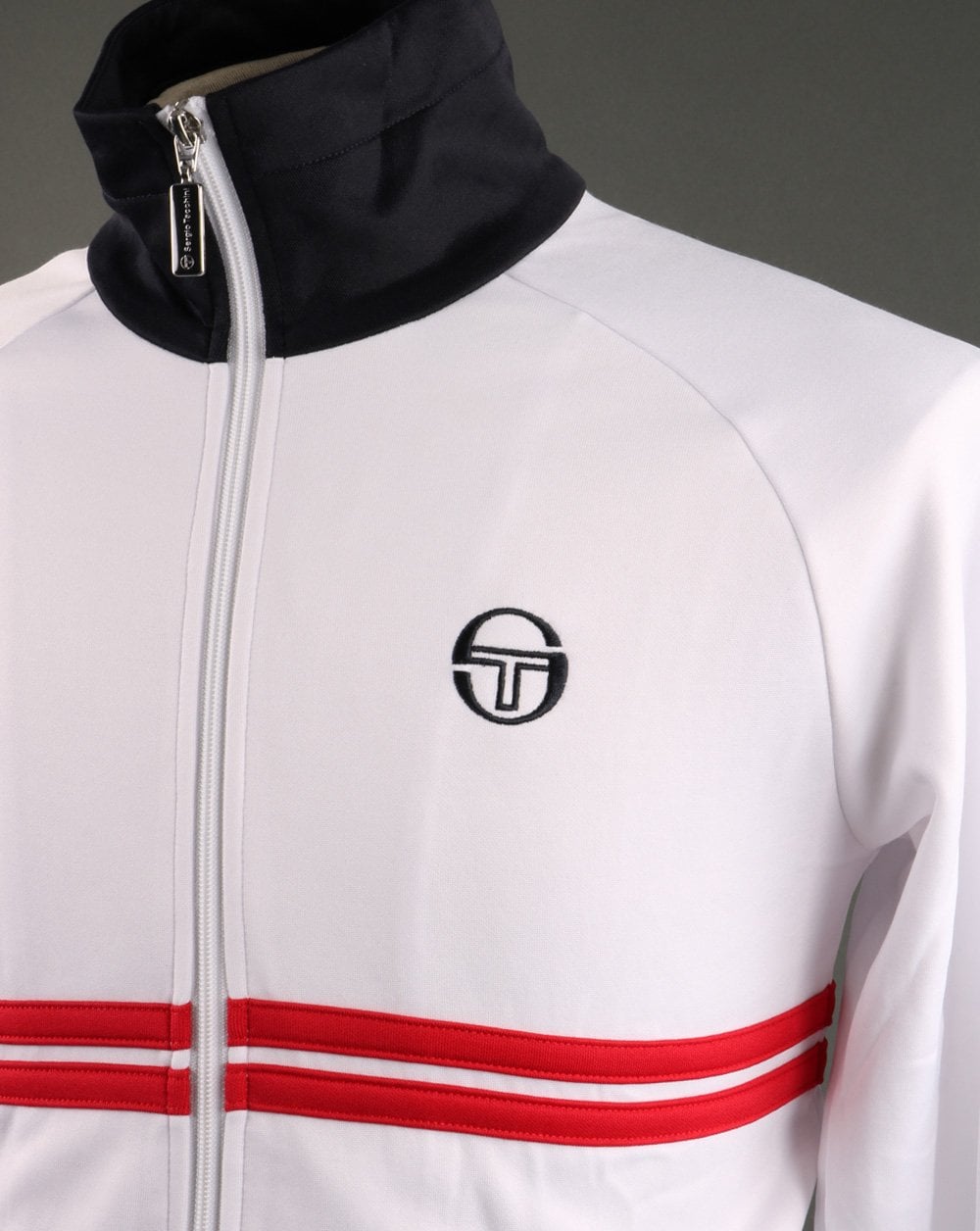 In celebration of the American tennis great and all things casual, the classic Tacchini track top now returns to its spiritual home. Features include a full zip with a classic funnel neck design in navy. The classic tennis track top is finished off with the iconic ST branding to the left chest and the signature twin red stripes running across the front. Shop the classic McEnroe track style now via the links above.