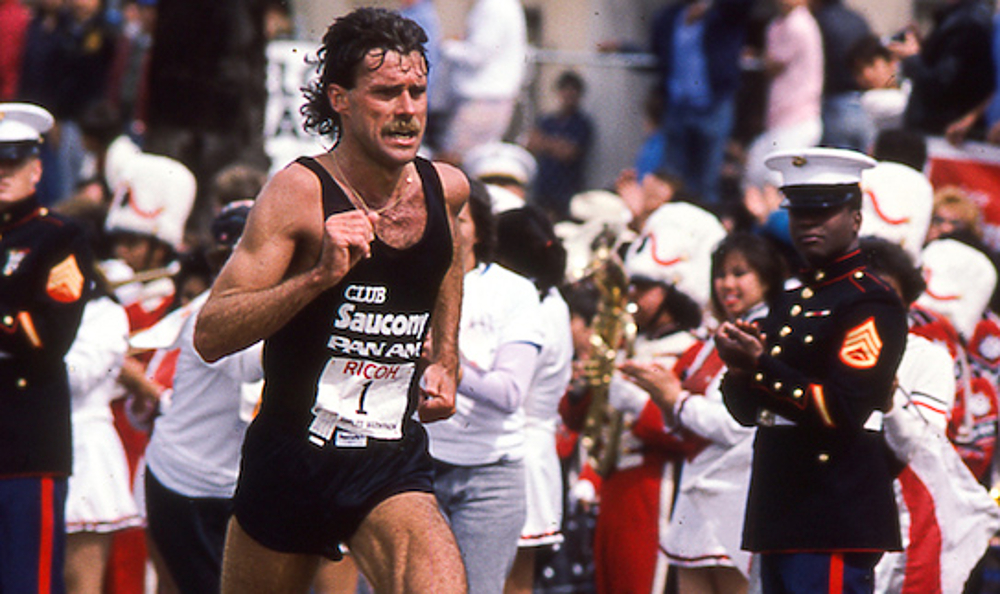 Saucony first released the Jazz trainer in 1981, a year that marked the beginning of a revolution of legendary running silhouettes.

What is it about the 80s that holds such a strong connection to the majority of sportswear brands out there? There is no one correct answer but it’s really a contribution of factors that led to the running trainer revolution of the 1980s. Times had changed, new subcultures had been born, trainer technology had advanced and people wanted to get in shape. Running trainers really made their mark in the 80s with different sportswear brands each releasing their own take on the ‘best shoe a runner had ever experienced’. The ‘trainer race’ had begun! adidas introduced the likes of the Oregon in 1982, ASICS the Gel-Lyte in 1987 and Nike also introduced the Air Max 1 in 1987 and so on. A brand that was already rich in running heritage long before the 80s fitness craze came about was the Massachusetts based brand, Saucony. Throughout the 80s era Saucony would release a collection of running silhouettes that would help some of the finest marathon athletes in beating their PB’s with styles that would go on to become legendary in the trainer collectors world. For Saucony it was more than just a trainer, and with the Saucony Jazz it was about creating the very best shoe the running world had ever seen. 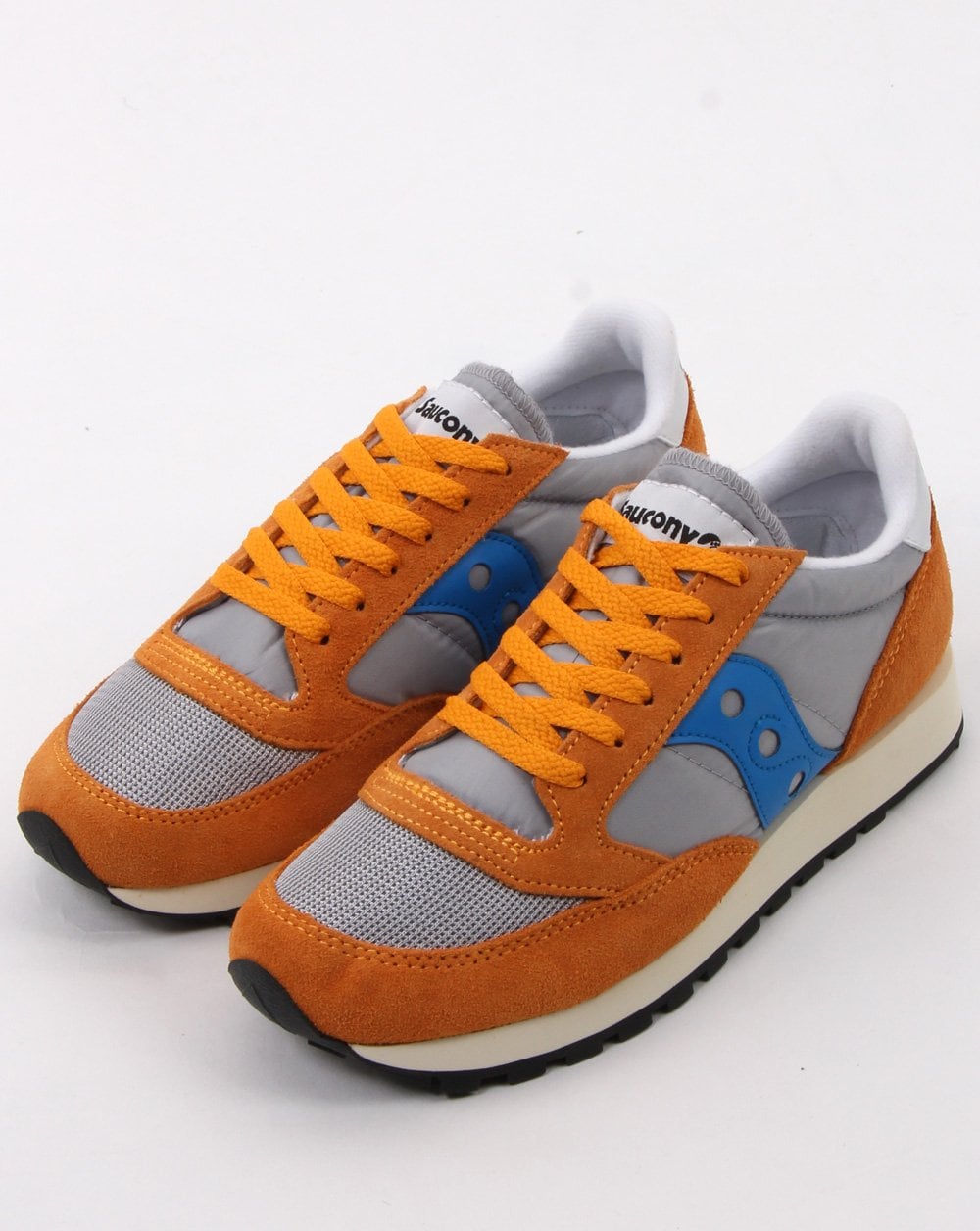 Above: The Saucony Jazz trainer in orange/grey/blue available now from 80s Casual Classics.

Saucony fans will know of the significance Rod Dixon still holds to the brand, a Saucony marathon athlete and the man behind the DXN trainer. However before Dixon took to the road running circuit and the DXN even came into existent, it was the Saucony Jazz that really started the running revolution for the brand throughout the 80s era. Working with the likes of Frank Santopietro, one of the worlds leading podiatrists at the time, Saucony wanted a shoe that was built for runners, lightweight and with increased stability. The Jazz proudly delivered on all 3 and quickly became a runners favourite closely followed by other Saucony icons such as the DXN in 1983 and the Shadow Original in 1985. Even though the Jazz was Saucony’s first real running success story on a global level, it is still considered one of the best running silhouettes to come out of the highly competitive ‘trainer race’ of the 1980s. 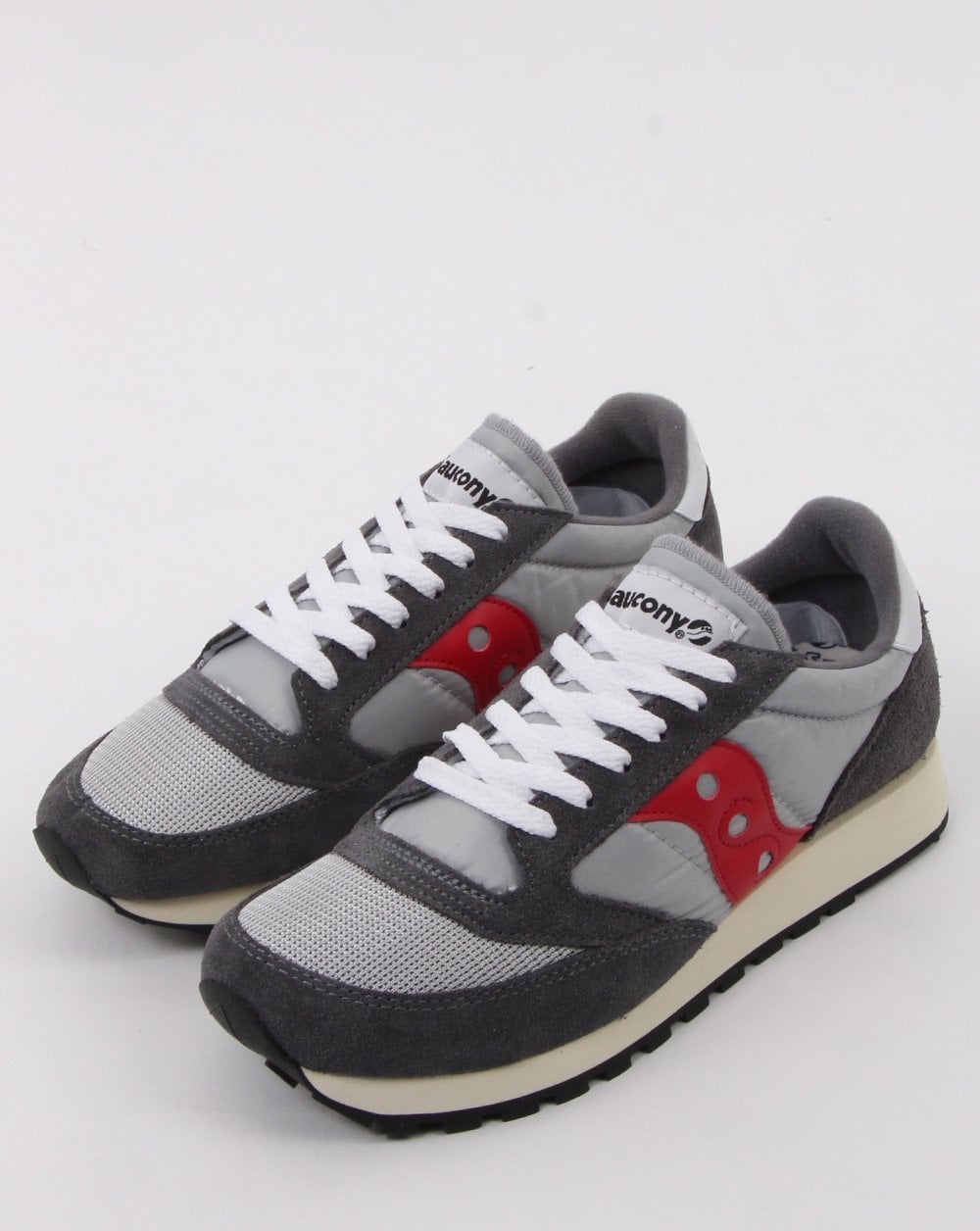 Above: The Saucony Jazz trainer in grey/red available now from 80s Casual Classics.

A true 80s classic and running trainer icon, the Jazz is now back in all its original running glory with the introduction of some brand new colourways to 80s Casual Classics. The legendary runner features a mixture of suede, mesh and nylon uppers alongside the famous Saucony wave logo to each side. All day comfort is guaranteed with the shock-absorbing striped EVA midsole and superior grip thanks to the rubber traction outsole. 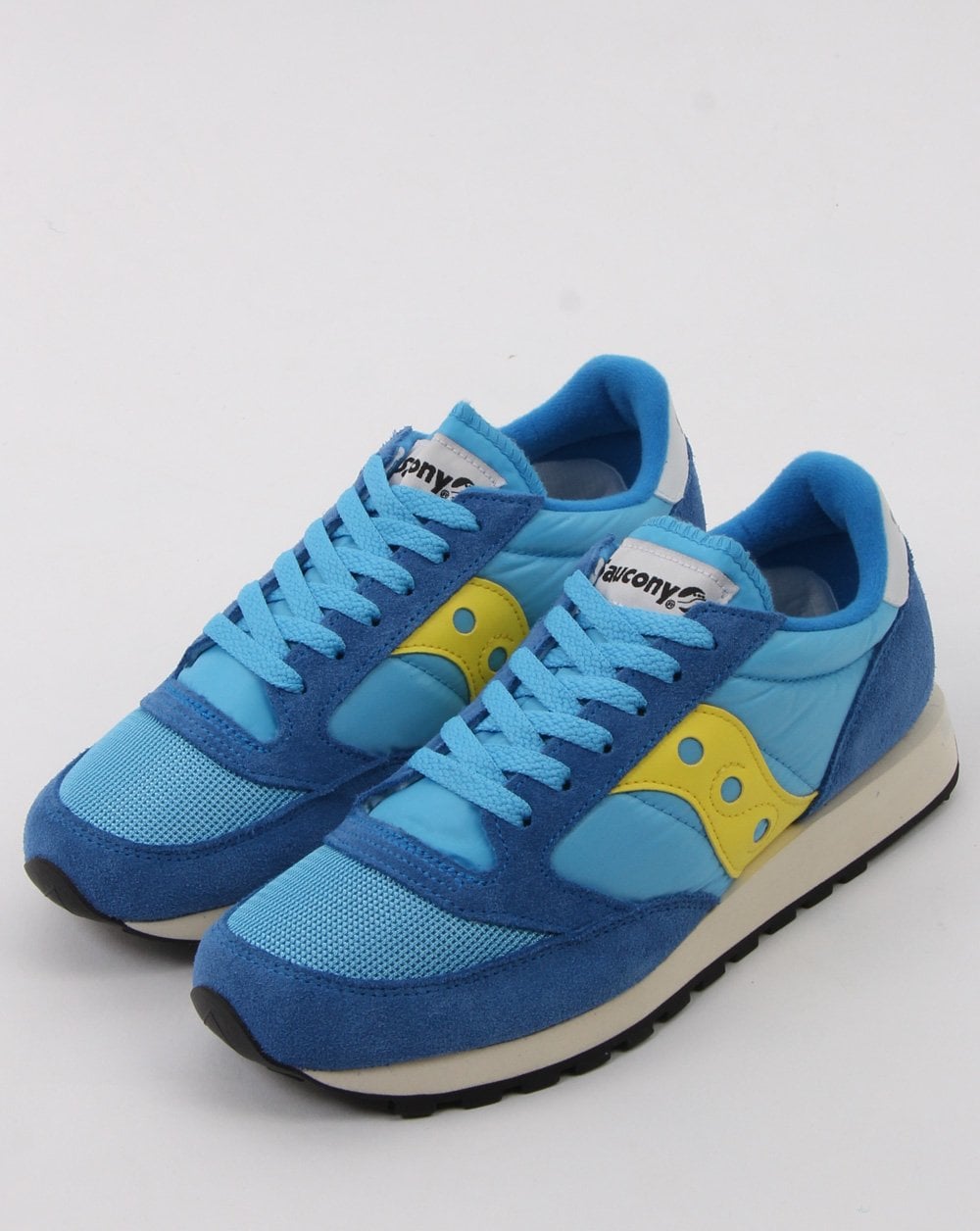 Above: The Saucony Jazz trainer in blue/yellow available now from 80s Casual Classics. 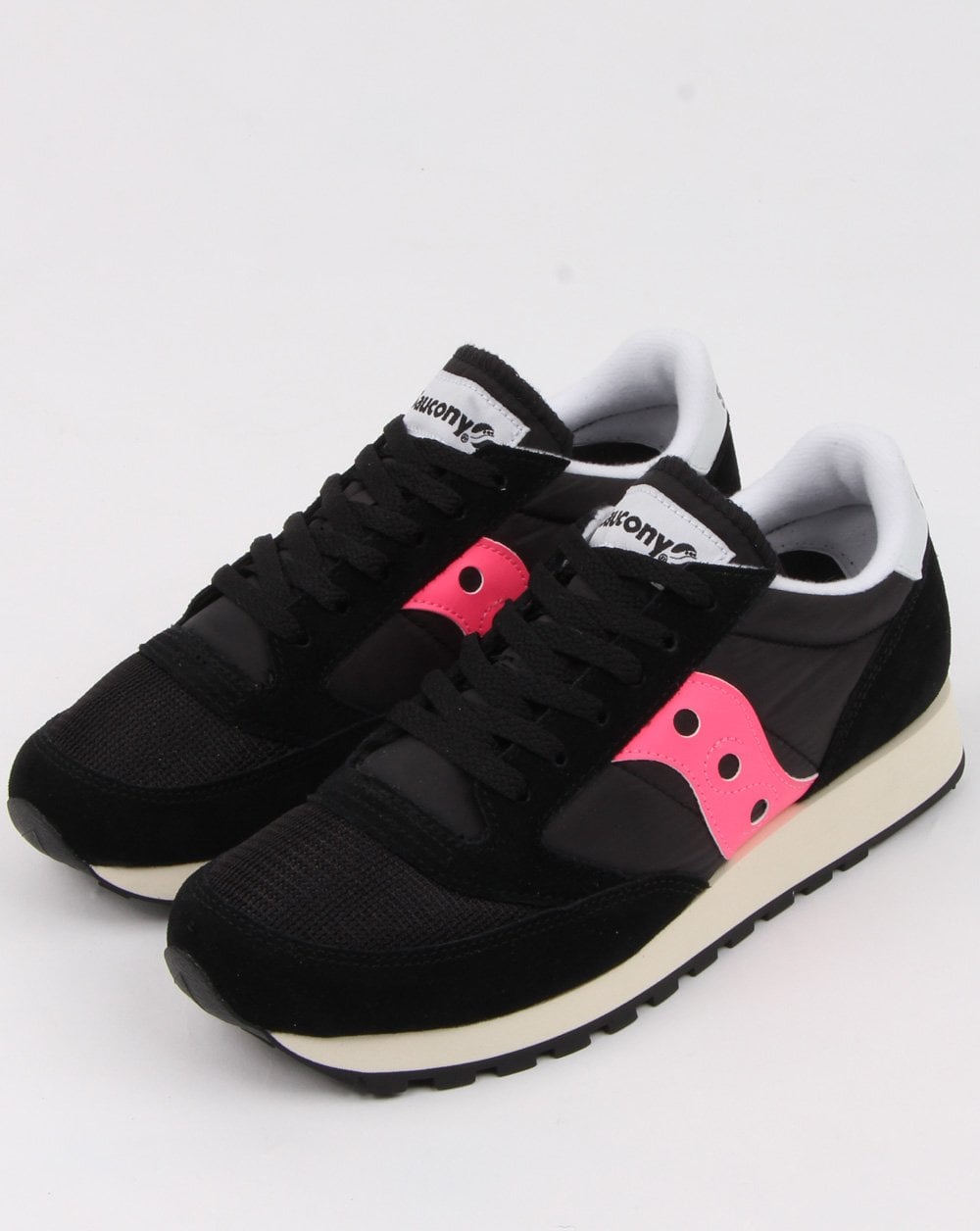 Above: The Saucony Jazz trainer in black/pink available now from 80s Casual Classics.