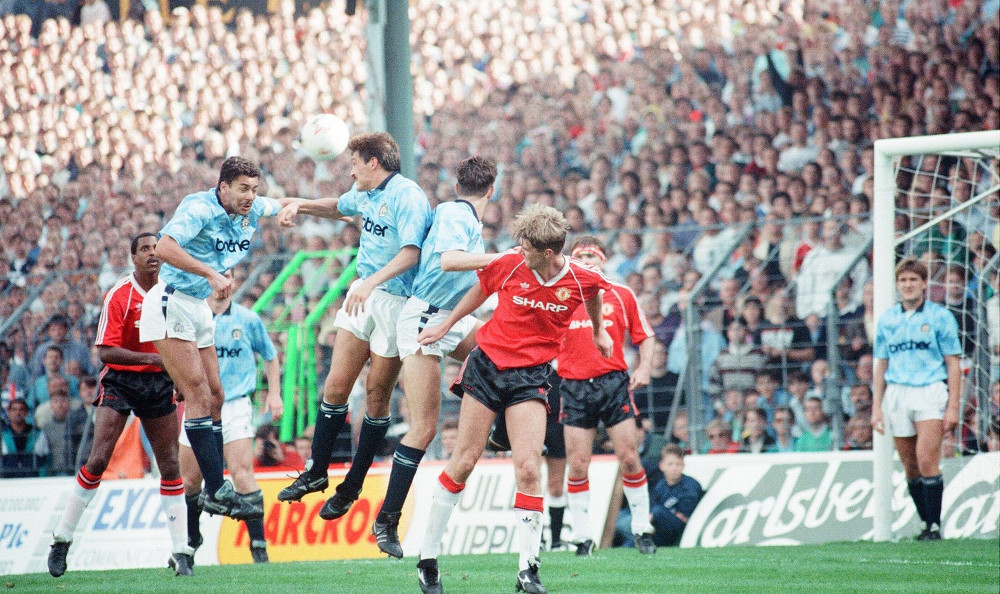 From legendary Newcastle shirts as worn by David Ginola to the famous top Man City wore when they beat Man Utd 5-1 in 1989, you’ll love our massive selection of retro football shirts. 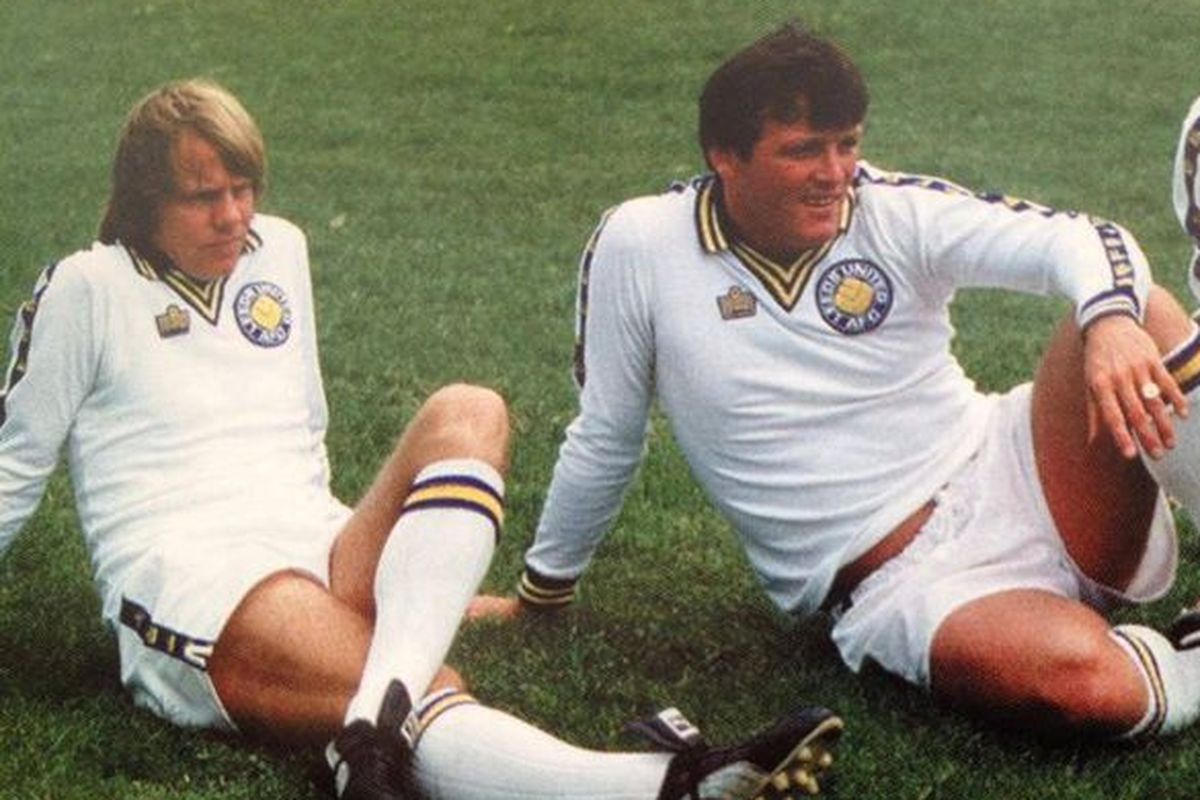 Above: Marching on together. Arthur Graham (left) wearing the legendary Leeds United Admiral home shirt in 1978. 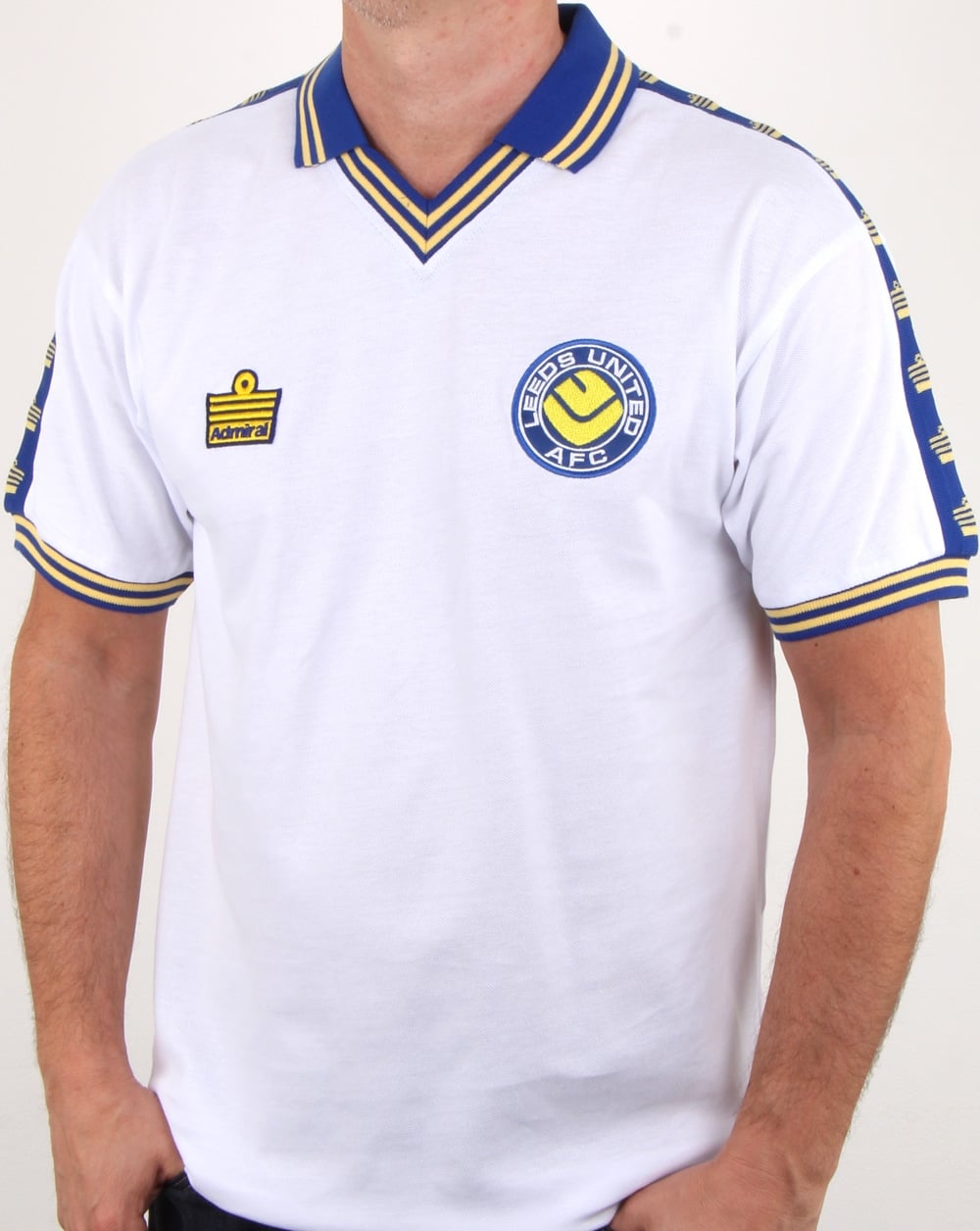 Arguably the most supported football club in the whole of Yorkshire, Leeds United now look like they could be soon making a comeback to the Premiership. It’s been a long story of financial struggle for the Elland Road based team after numerous caretaker managers and takeovers following their relegation to the Championship in 2004. For the older Leeds fans the glory days were the 1960s and 1970s with the club winning the FA Cup in 1972, two Division 1 league titles in 1969 & 1974 and then coming close to European Cup glory in 1975 as runners up. From 1973-1981 their main kit sponsor was Admiral, with the 1978 Leeds United home shirt one of their most iconic of all time. 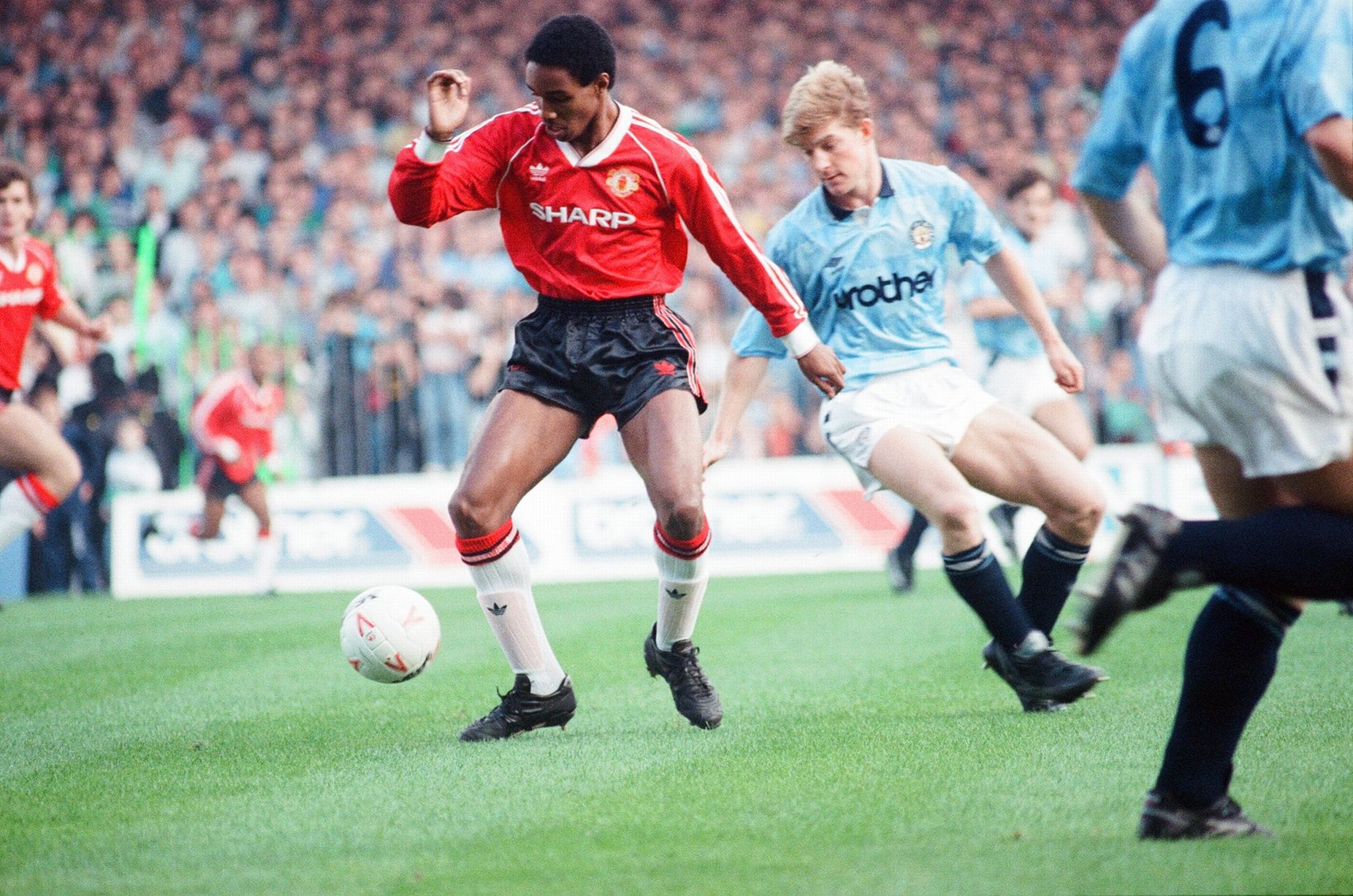 Whether you’re a red or a blue, you cannot deny the passion of the Northern City. As Alex Ferguson’s Manchester United started to take momentum after record signings in the summer of 1989, they lost a whopping 5-1 in the Manchester derby to their then Moss Side based rivals in September 89′. This defeat was held in high regard by City fans up until their more recent Premiership dominance with Pep Guardiola with United dominating the Manchester football news under Sir Alex Ferguson throughout the 90s and noughties. Manchester United’s Gary Pallister even described the loss as the lowest point of his career, which pretty much sums up the significance of the defeat. 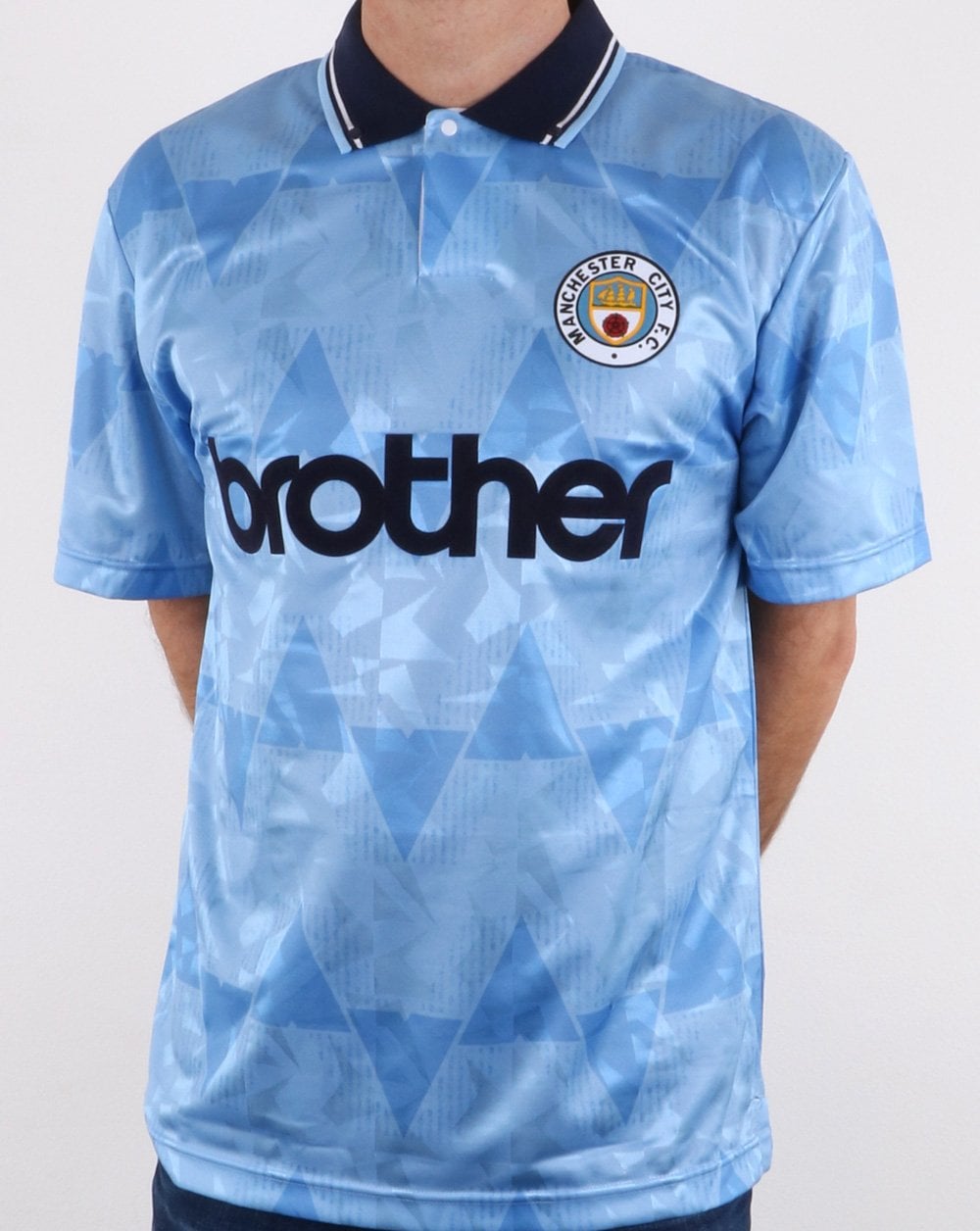 Moving down to North London, 1978 saw the notorious North London derby between Tottenham and Arsenal come head to head two days before Xmas. This particular derby didn’t go too well for Spurs after just making it back into the first division following relegation and then promotion in the previous seasons. The 5-0 defeat to the Gunners marked the biggest North London derby defeat at White Hard lane for a whopping 43 years although the tables were turned in the 1982-83 season when Spurs beat Arsenal by the exact same score. Notable Spurs players of the era included the Argentinian midfielders Ricky Villa and Ossie Ardiles alongside the English player/coach legend Glenn Hoddle. 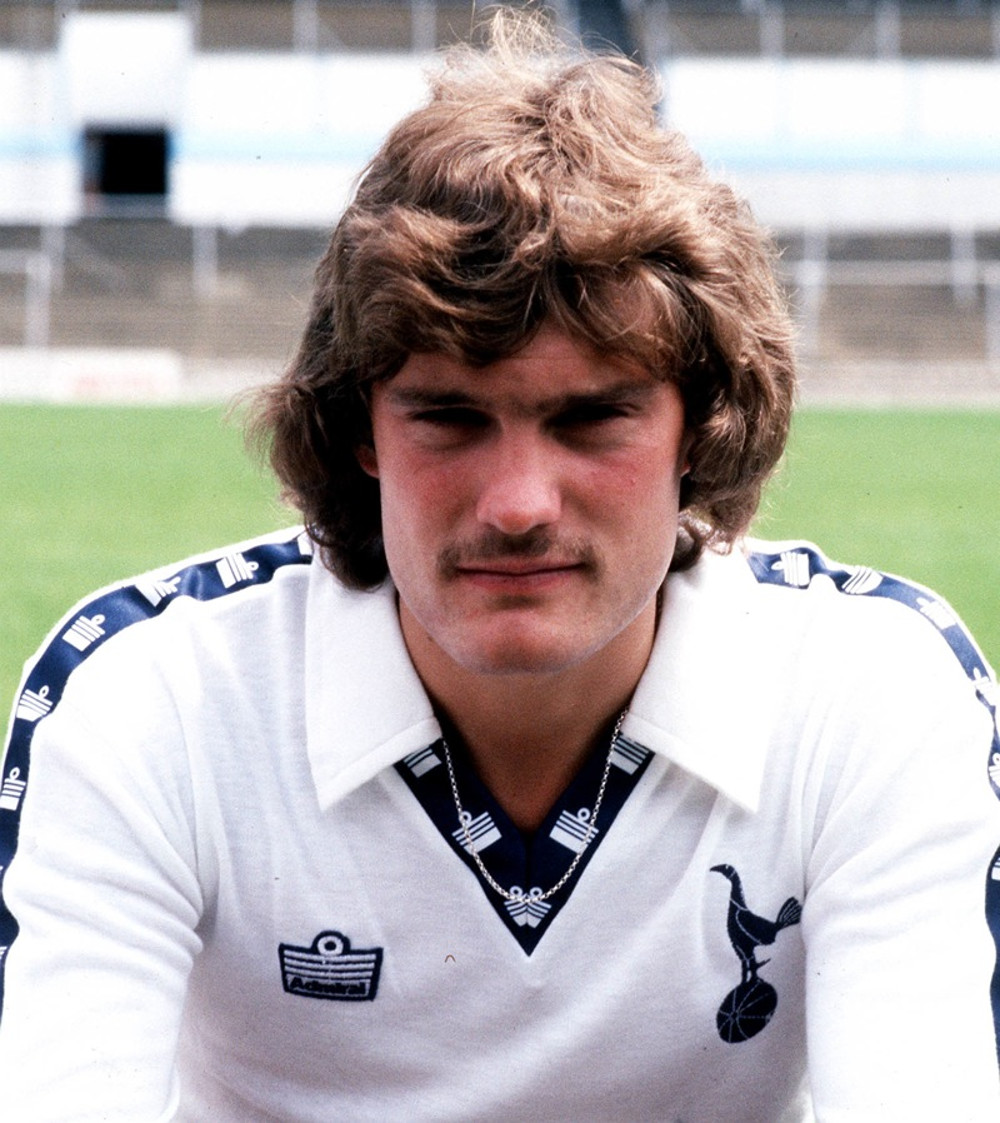 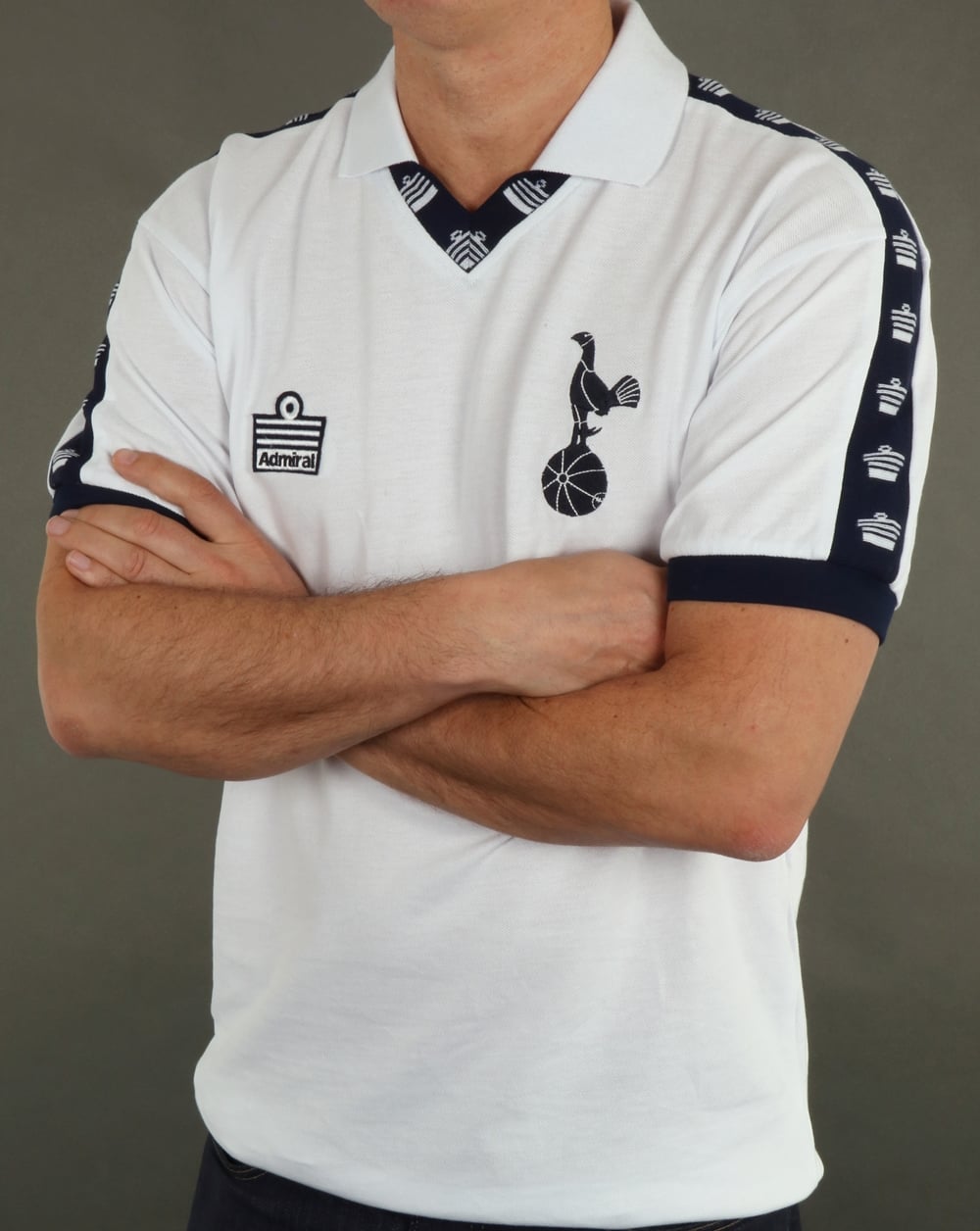 Moving up to the North East now to the mid 90s when Newcastle United, aka the Magpies, looked like they were really going to take the Premiership title and glory under the direction of Kevin Keegen. At one point in the 1995-96 season Newcastle led the table with 12 points only for Manchester United to close the gap under Sir Alex’s famous hairdryer treatment with his players. Legendary players to grace the grass at St James Park included the likes of Peter Beardsley, French superstar David Ginola and super striker Les Ferdinand. It was an era of Newcastle Brown Ale sponsorship, real opportunity and the closest the club would see to premiership glory over the next 20 years. 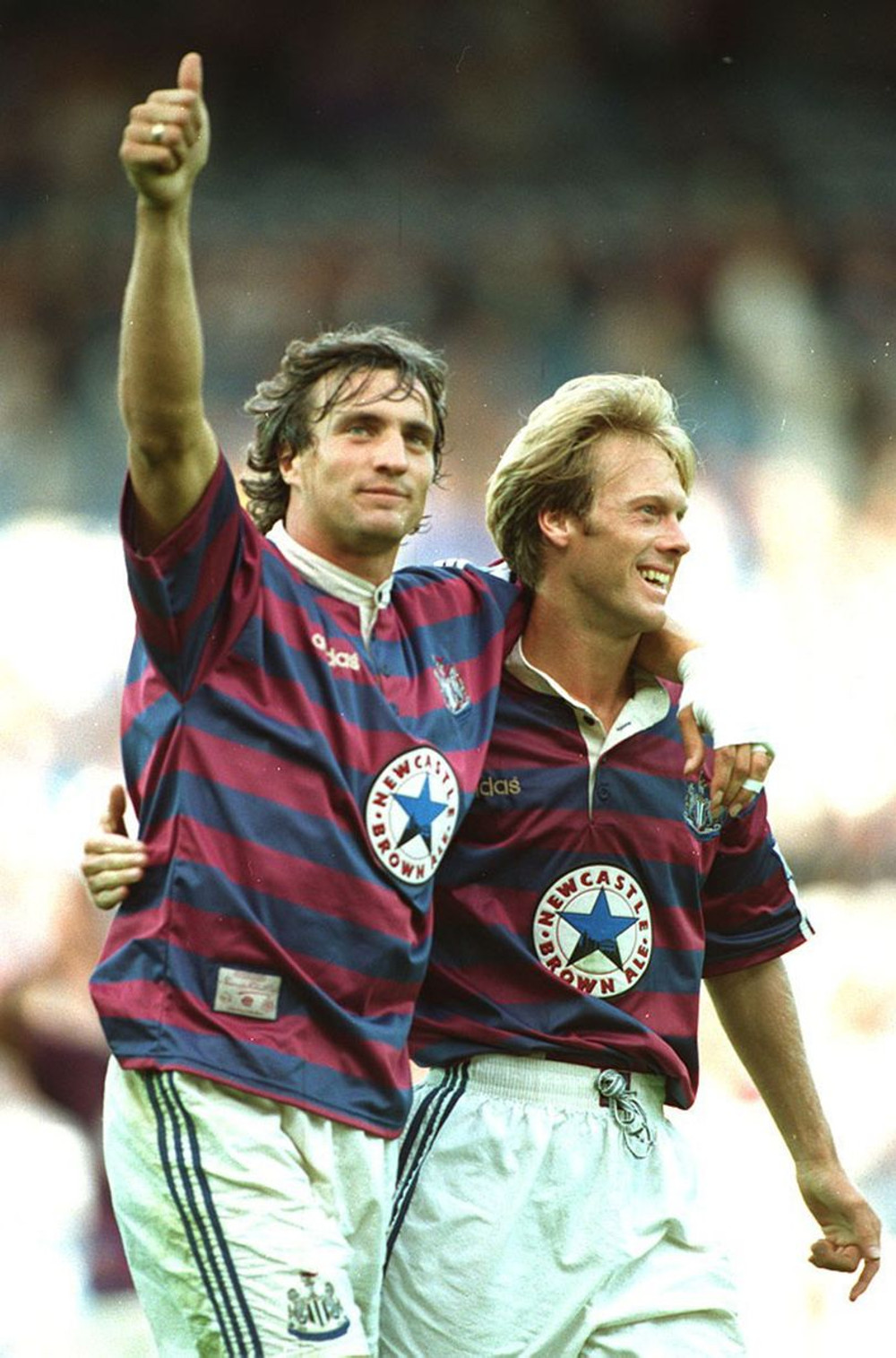 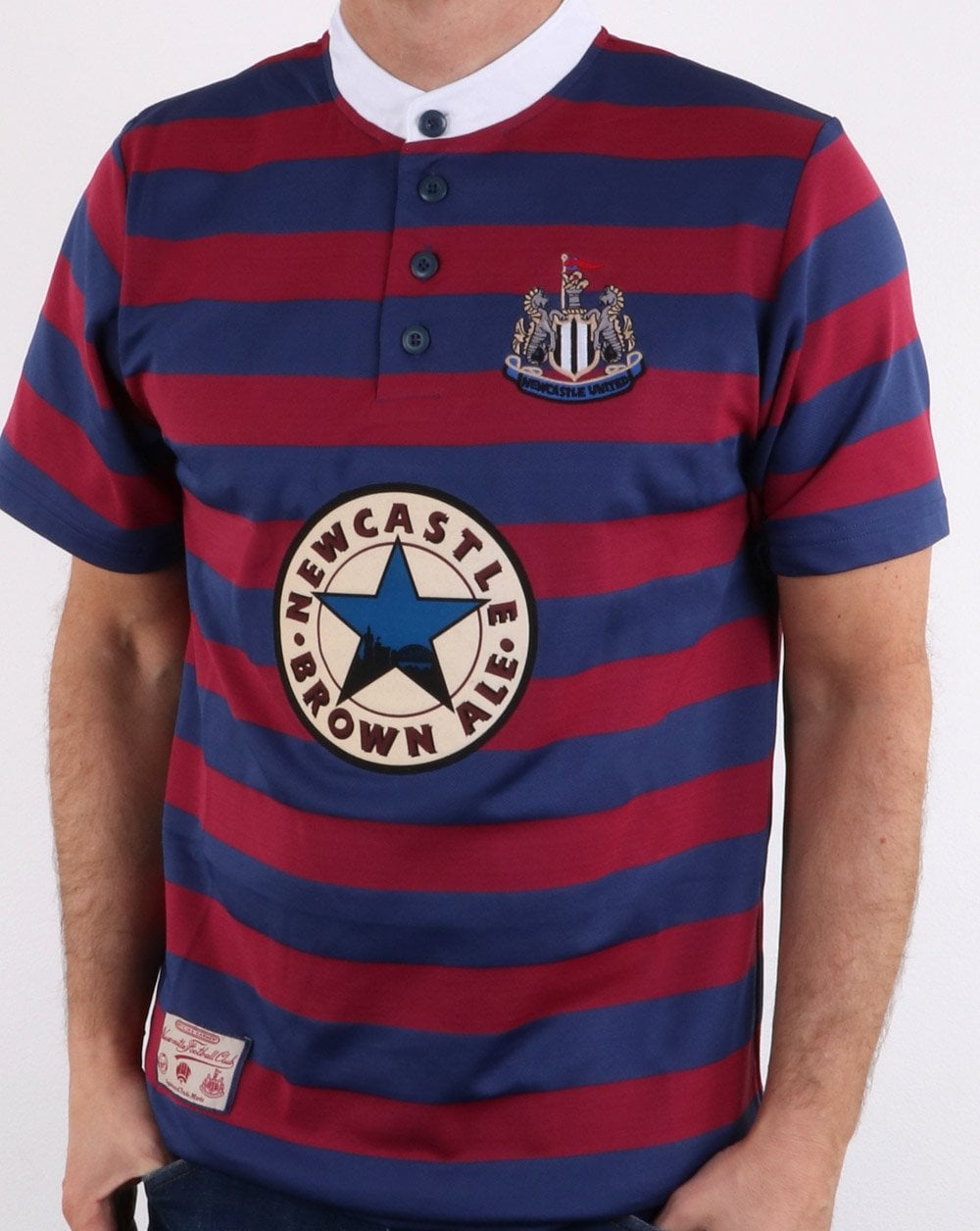