X
This site uses cookies to provide and improve your shopping experience. If you want to benefit from this improved service, please opt-in.
More Info
Accept Cookies
80's Casual ClassicsTrainersIt’ll Be All White On The Night With These Classics From Reebok
Menu 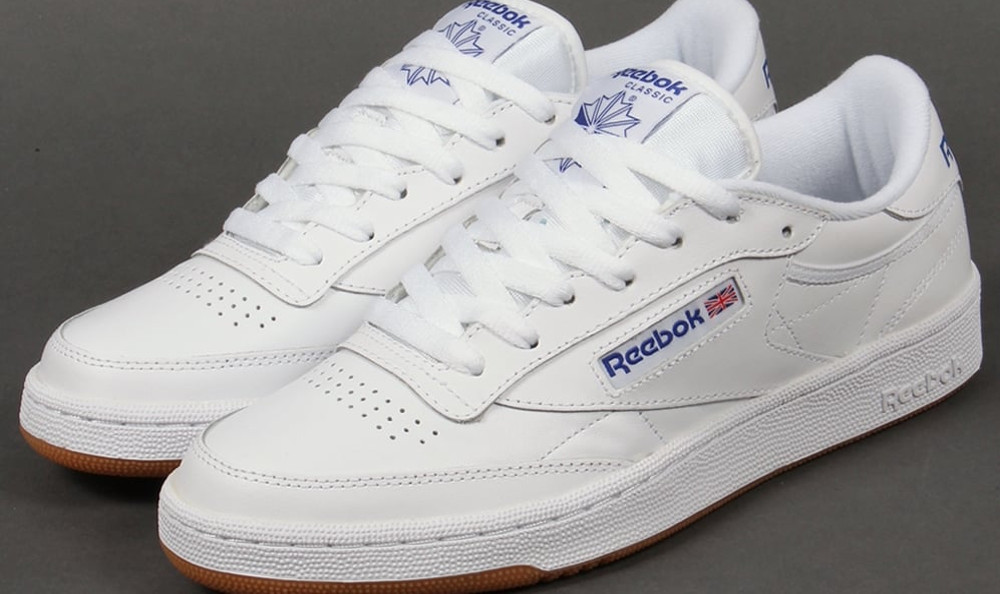 Check out our huge range of crisp white Reebok classics from the Workout Plus to the Club C 85.

The 1980s marked a new generation of fitness fanatics and the rise of the global gym goer from Manhattan to Manchester. As other sportswear brands were dominating the tracks and the terraces, Reebok saw huge potential in the gym industry and started to introduce a range of indoor training styles which would go on to become classics of the era. Merging the lines between sportswear and style, Reebok saw a gap in the market for the modern consumer that wanted something that looked casual, sporty and relaxed all at the same time. As the whole gym evolution exploded from the early 80s onward thanks to macho man action films and the whole yuppie scene, Reebok set about working on a range of ‘classics’ for everyday gym and casual use. The Reebok Classics and all white leather styles released from the 80s era have become some of the most adored from the Bolton born athletic brand. 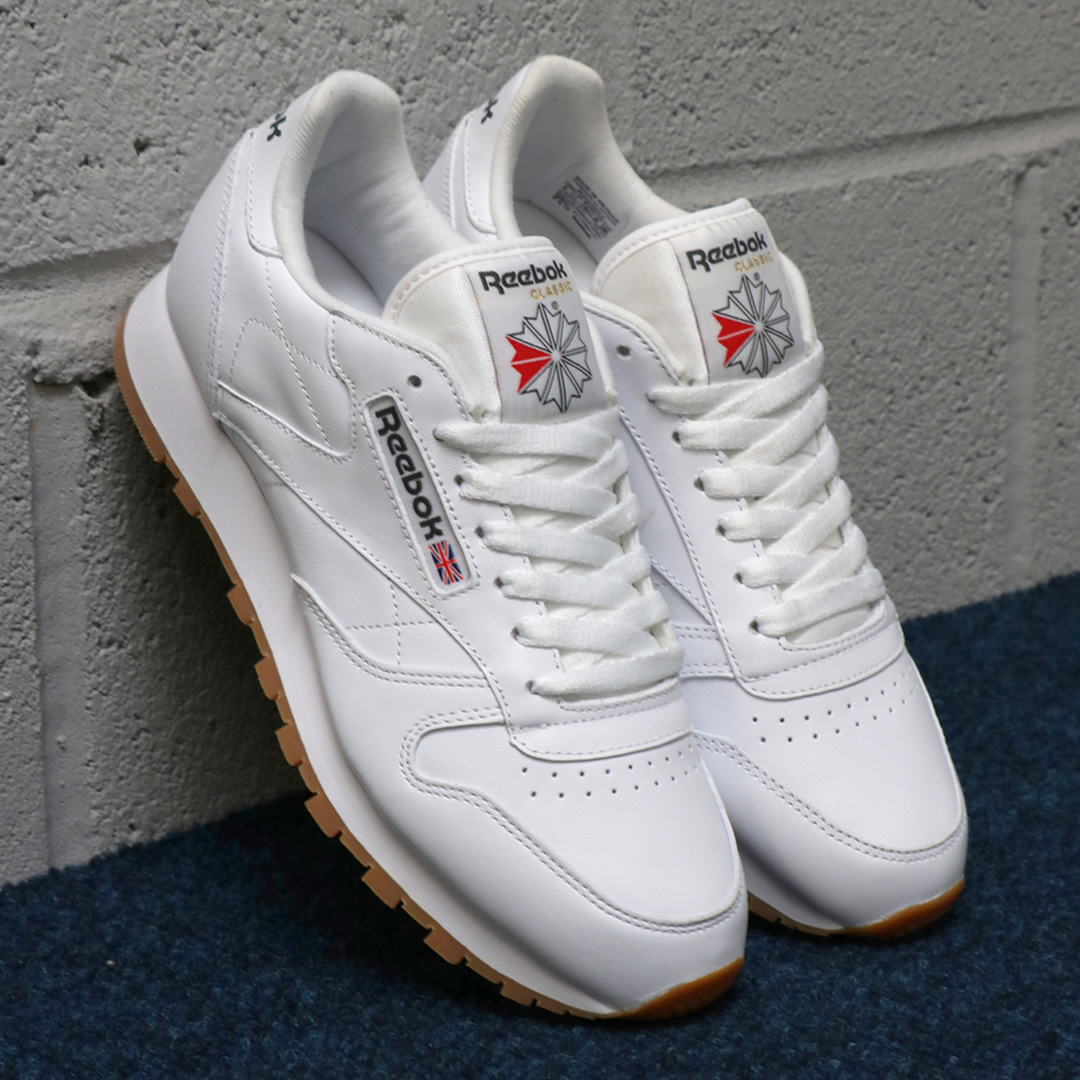 Above: Does it really get more classic than the Reebok Classic in all white?

Signature styles of the 80s heyday era of classics including the original Reebok Classic, which would go on to become one of the most recognised Reebok Classics trainer of all time. The signature Union Jack emblem featuring to both sides of this classic runner with an updated version of the all white OG classic with premium leather uppers. 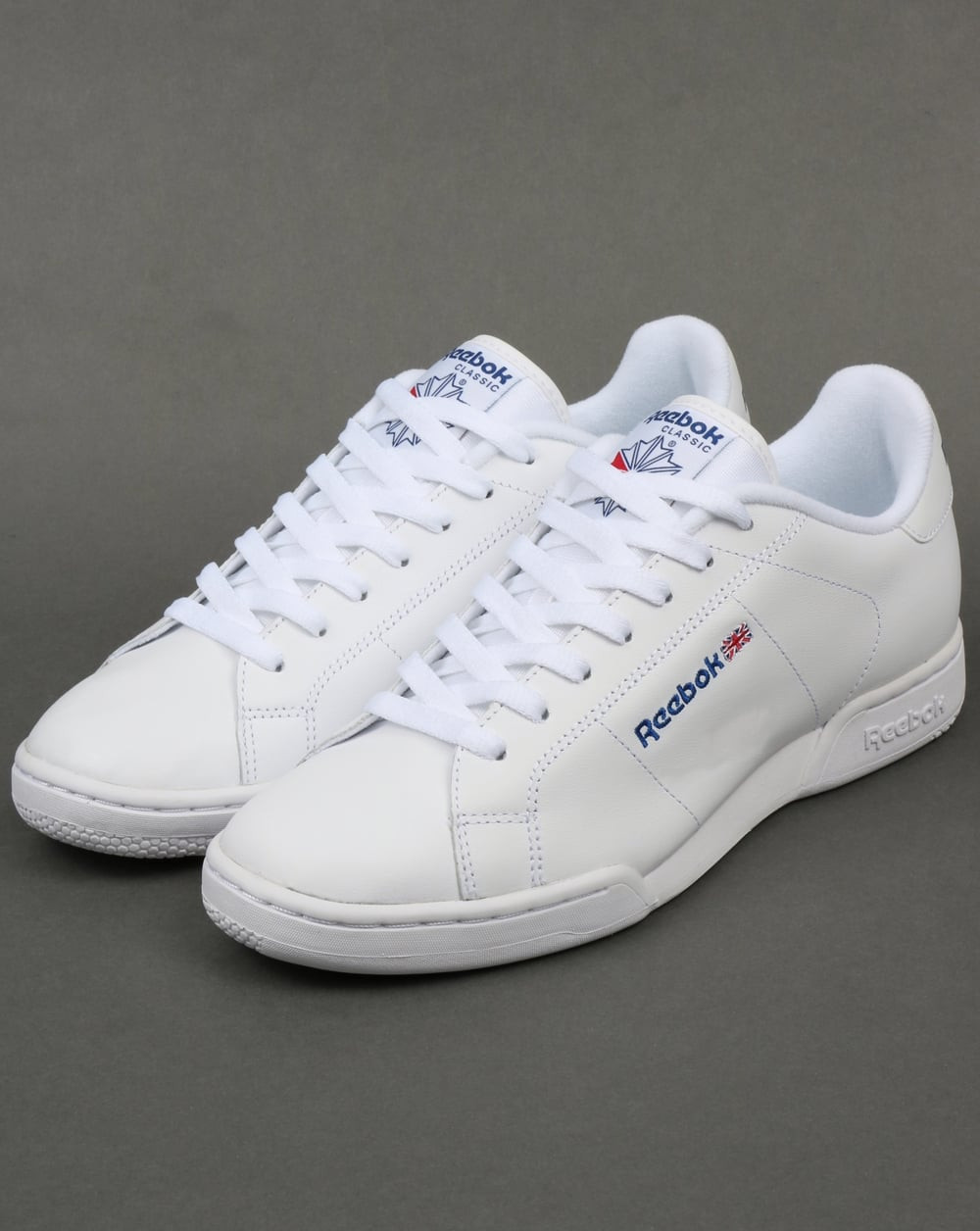 Above: The Reebok NPC II Trainer in all white, for those who weren’t aware NPC stands for Newport Classic.

Originally released in 1985, the Newport Classic trainer aka the NPC trainer came as Reebok’s answer to the likes of the Diadora Borg Elite and the adidas Stan Smith. A clean cut court trainer that looked just as good off the court as it did on, with its no fuss minimalist design and athletic direction.

Above: The Reebok Club C 85 in white/royal/gum.

The Reebok Club C 85 followed on the story and legacy of the NPC with subtle updates such as a slightly larger midsole and profile whilst still maintaining full leather uppers and the casual athlete aesthetic. Its a classic 80s tennis trainer, what more can we say?

Above: Reebok Revenge Plus in White/Snowy/Grey/Black

Another Reebok Classic, the Revenge Plus, started the Club C legacy from the mid 80’s with its chunky gum sole unit, suede toe cap detailing and full leather uppers. 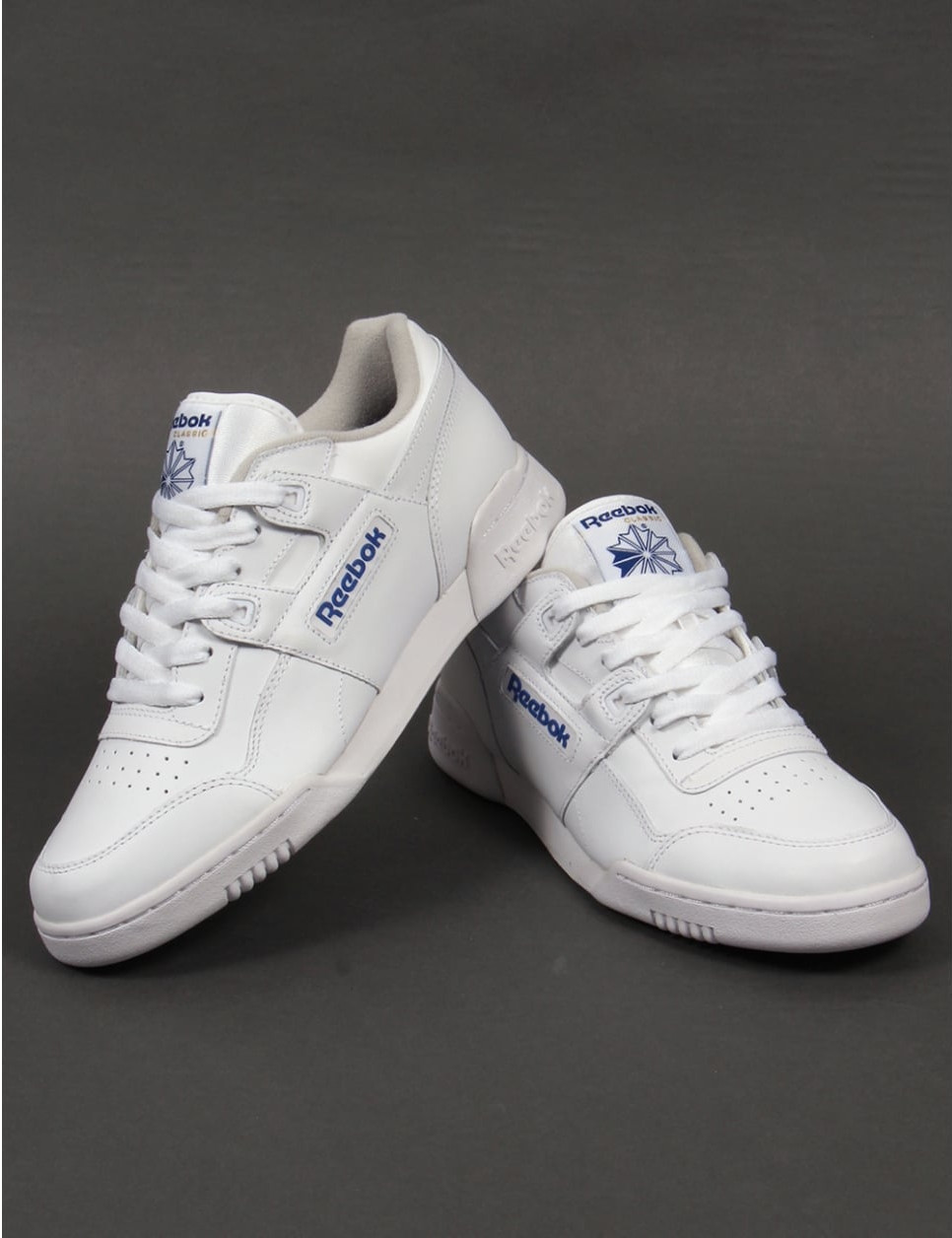 Above: Time to workout with the Reebok Workout Plus.

The Reebok Workout was first introduced in 1984 with its name deriving from its main purpose, worn to workout in. The workout incorporated the iconic H-strap which became a key feature to the Workout story which included the Lo, Mid and Plus.