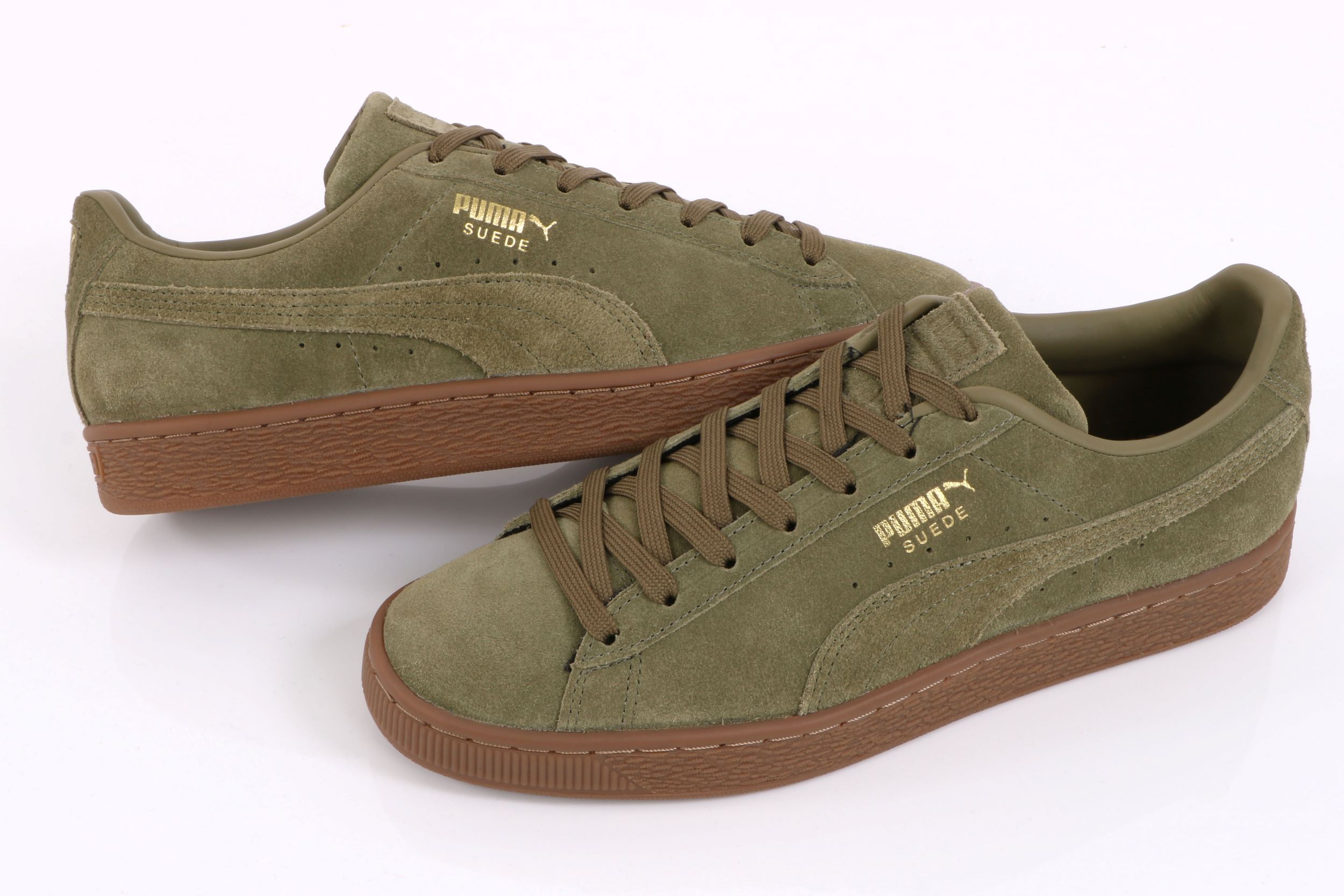 The PUMA Suede Trainer Gets Kitted Out In Khaki

The PUMA Suede Khaki trainer puts a seasonal spin on the classic B-Boy style with an updated burnt olive colourway for the latest season.

Something like the Samba equivalent to adidas, the Suede is arguably PUMA’s most recognisable silhouette. Rich in sporting nostalgia & street culture, the PUMA Suede trainer celebrated its 50th anniversary back in 2018. Since its origins going all the way back to 1968 the Suede has become a symbol of subculture from the Civil Rights Movement to the burgeoning B-Boy scene of the Bronx. To put it simply classic trainers like the Suede don’t really come around too often & in the case of the Suede it’s not even once a decade. As new fashion trends come and go, the Suede still looks just as fresh today as it back in 68′. This latest PUMA Suede Khaki trainer gives the classic B-Boy style a seasonal update with some added military inspiration. 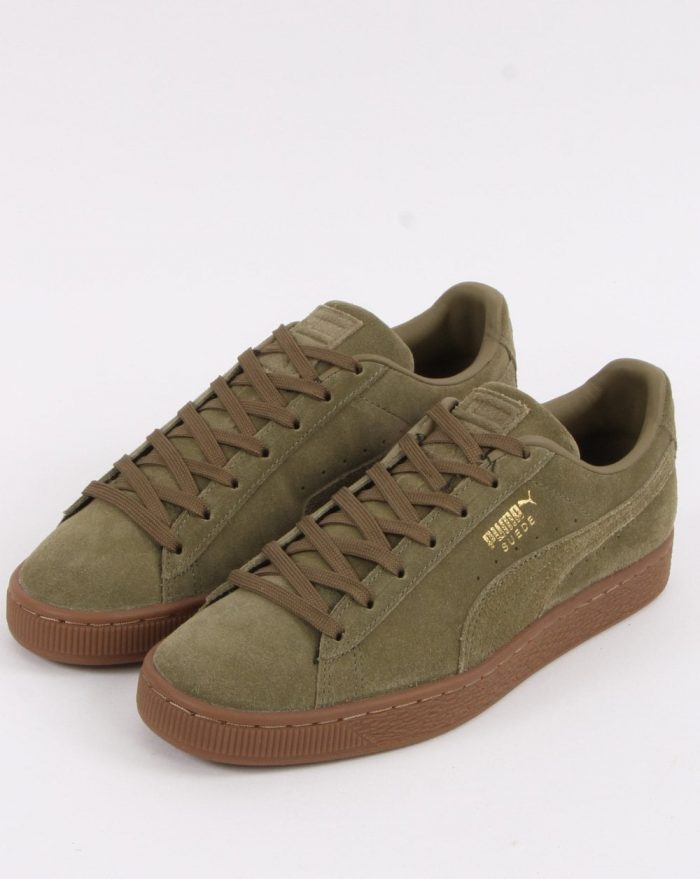 After the two Dassler brothers had parted ways Adolf (Adi) Dassler & Rudolph Dassler went toe to toe, literally, on the tracks & the courts to create the best training shoes the world had ever seen. To be fair they both did a pretty good of it. The same year Adi introduced the adidas Gazelle trainer in 1968, Rudolph hit him back with the PUMA Suede. It was all about who could get the best endorsements from the best athletes, with stories of sprinters wearing a PUMA one one foot and an adidas on the other to cash in on the endorsement deals the Dassler brothers were offering to one-up each other. The PUMA Suede was really thrown into the spotlight after Tommie Smith & John Carlos raised their fists on the podium at the Mexico Olympics in 1968. Both athletes were wearing Suede’s and the whole world was watching. 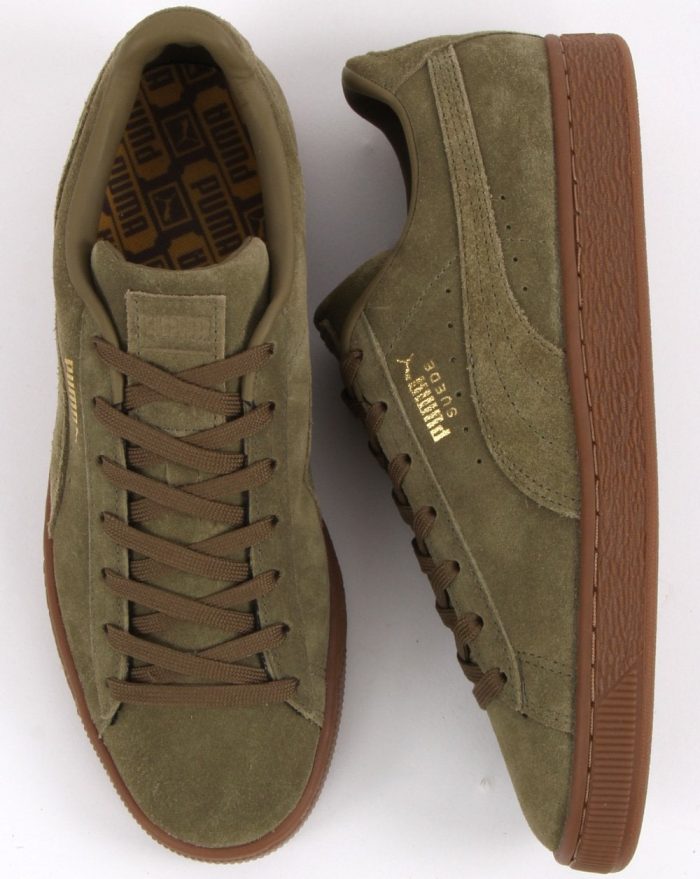 The basketball connection of the  PUMA Suede and its street savvy looks, were an obvious choice for the original B-Boys of the 1970s & 80s. Not only did the Suede look great with a full Tacchini tracksuit but it was also a fitness shoe, meaning you could bust out out a windmill in a trainer that was designed for well…training. The PUMA Suede was also heavily featured in Stan Lathan’s Beat Street from 1984, a film which would introduce B-Boy culture and electro sounds to other parts of the world for the first time. The rest is history.