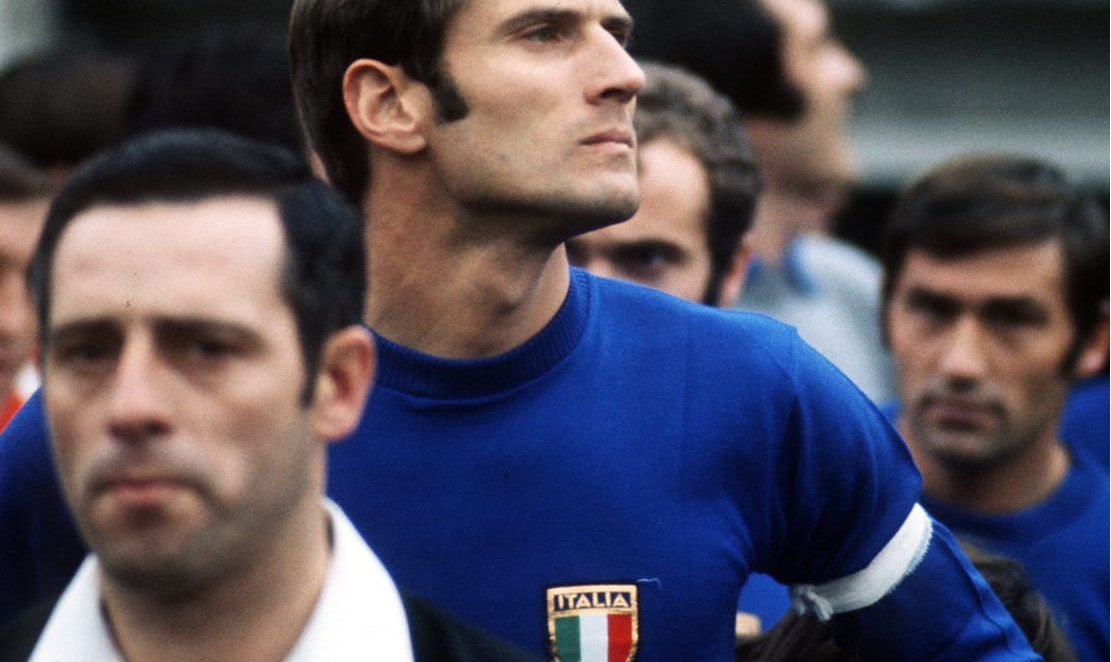 Winning and hosting a major football tournament seems like a good time to release a celebration trainer doesn’t it?

Of course it does, and that’s exactly what the PUMA Roma trainer was for Italy. Maybe England should have cashed in on a celebratory trainer after winning the World Cup in 1966 because there hasn’t exactly been much to shout about since for England fans since has there! Who would of made the trainer though? Gola perhaps? Anyway, that’s a question for another day as we’re here to talk about the Roma trainer and all its very special football heritage dating all the way back to the late 1960s.

The year was 1968. The Vietnam war was in full swing which had already paved the way for counter culture, flower power & psychedelics. The Doors, The Rolling Stones & Jimi Hendrix commanded the radio waves & international football had come to Europe for the 3rd UEFA European Championship. Italy was the host nation with a trio of football stadiums ready to hold thousands of eager football fans from across Europe. The Stadio San Paolo in Naples, the Stadio Comunale in Florence & the Stadio Olimpico in Rome were all chosen for what is still considered the biggest sporting event on the biennial European football calendar. It was Italy & Yugoslavia that made it to the final with thousands of Italian & Yugoslavian fans descending on the scooter filled stradas of Rome in June 1968. The Italians took European glory thanks to Luigi Rava & Pietro Anastasi both scoring in the replay. Although Italy have won a staggering 4 World Cup titles since the 1930s, 1968 is still the only European Championship Italy has ever won to date. 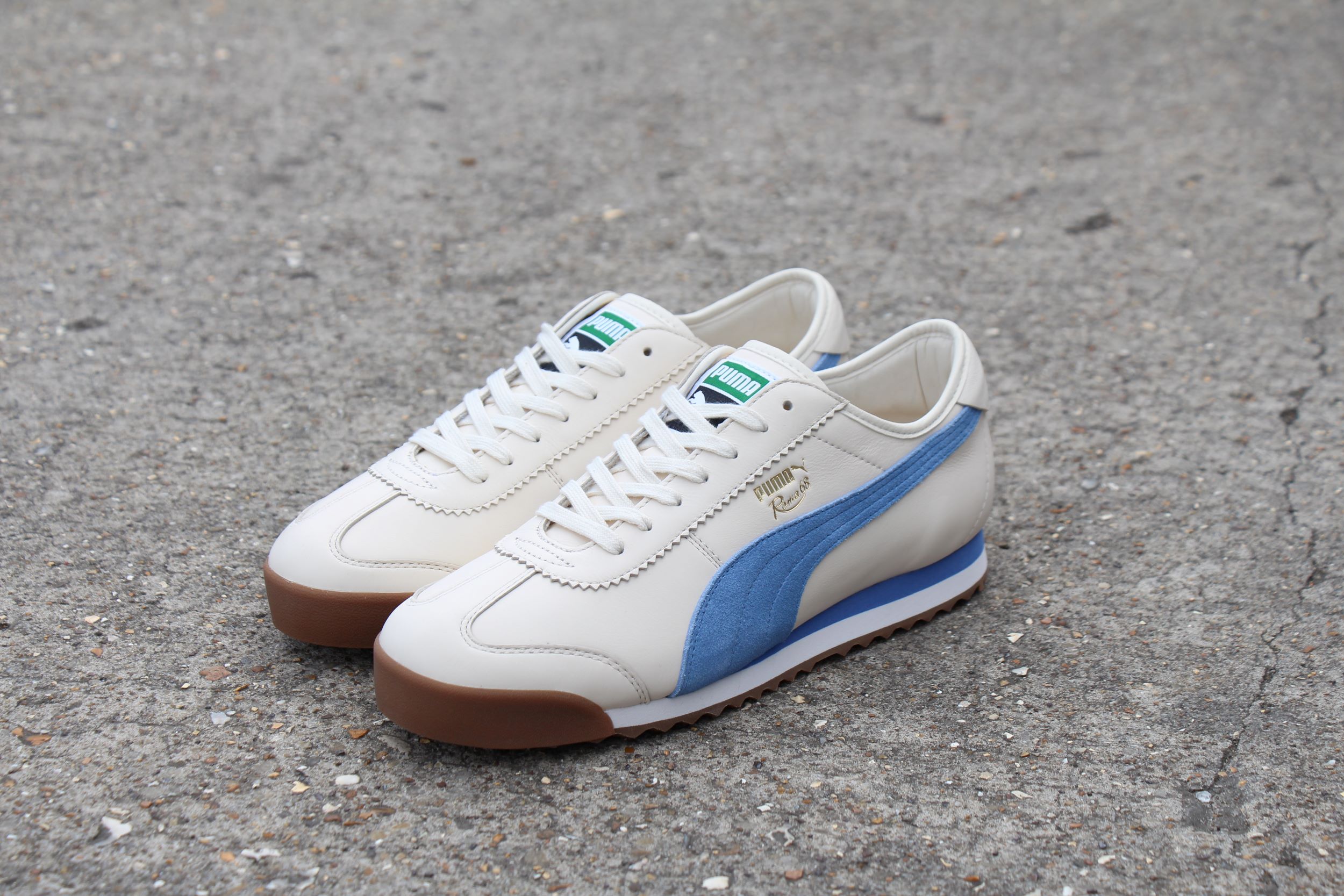 The PUMA Roma 68 celebrated the monumental win for the Italian national football team and was re-released from the Herzogenaurauch sportswear archives in 2019. When speaking about the re-release PUMA’s Global Creative Director, Torsetn Hochstetter, said; “We wanted to stay as close as possible to the original shoe, from the material to the workmanship and paid special attention to strong, distinguishing details like the surrated facing for the laces and loop at the heel counter.” Although the Roma had previously seen numerous re-releases, the latest 2019 model stays true to form of the original 1968 release. 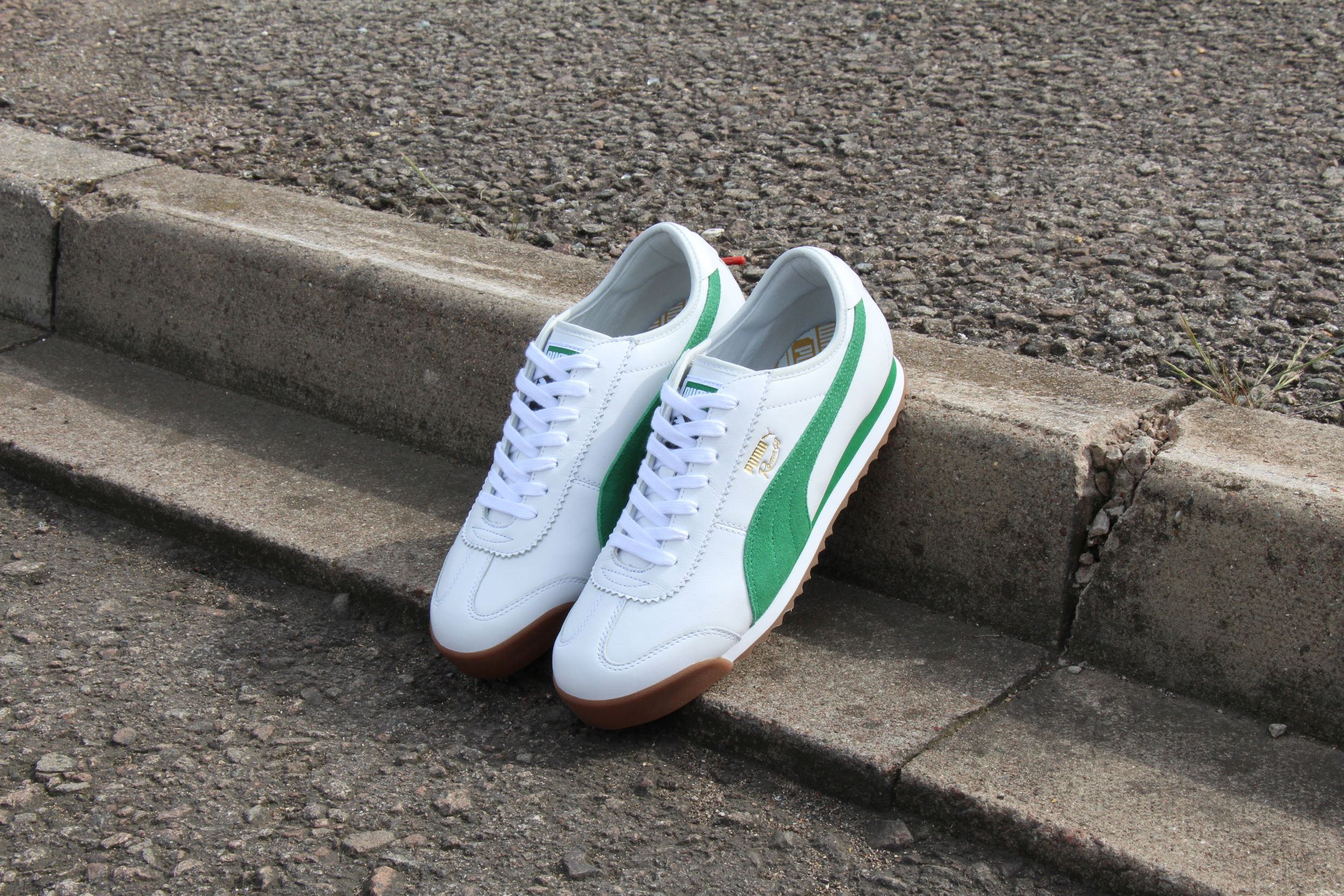 The popular casual trainer now returns to its spiritual home for an updated “Azzurri” inspired release. The archive release features original detailing such as leather uppers with contrasting formstrip to the lateral sides & midsole in an Azzurri inspired blue colourway. Other features include the iconic T-toe detailing to the toe cap with an overlapping leather heel tab to the rear. The Roma 68 trainer is also introduced to 80s Casual Classics in an updated white/green version for the latest season. A must have retro style for any serious trainer collector, the Roma 68 is just about as good as it gets when it comes to archival PUMA releases.