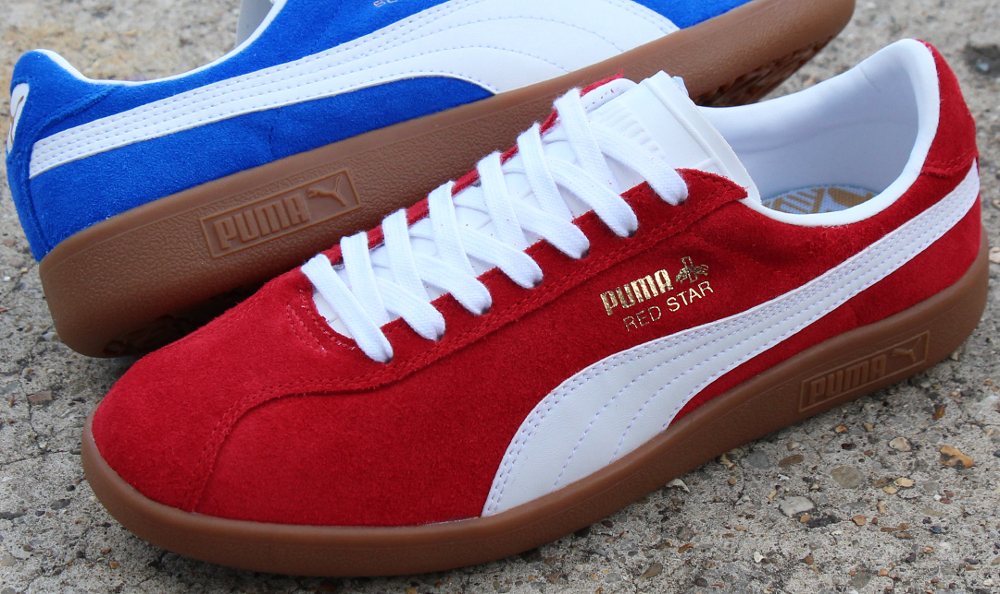 Classic casual style trainers like the PUMA Red Star were first released in the 1980s for athletes and indoor training.

Rewind back to the late 70s and early 80s for a second. Dance crews were spinning around on their heads, blasting out the latest tracks from Afrika Bambaataa, whilst the original casuals were spreading their wings across the UK. Both were kitted out head to toe in the latest sportswear with the freshest PUMA ‘kicks’ on their feet. The performance heritage of the German sportswear brands like PUMA was always going to appeal to the new wave of electro loving break dancers. The tracksuits were super comfy and functional for dancing in and the trainers were lightweight and flexible enough to nail moves like the windmill in. Classic PUMA vamp trainer styles from the 70s and the 80s are just simply some of the best trainer styles out there. The PUMA vintage retro look is timeless regardless of current trainer trends and celebrity endorsement. The B-Boys and the original casuals paved the way for a new outlook for the brand, which now focused on the streets and the dressers as oppose to the traditional running tracks. With it a new legacy was born with the classic PUMA archive styles some of the most celebrated of all time and now available in an assortment of classic styles and colourways at 80s Casual Classics. 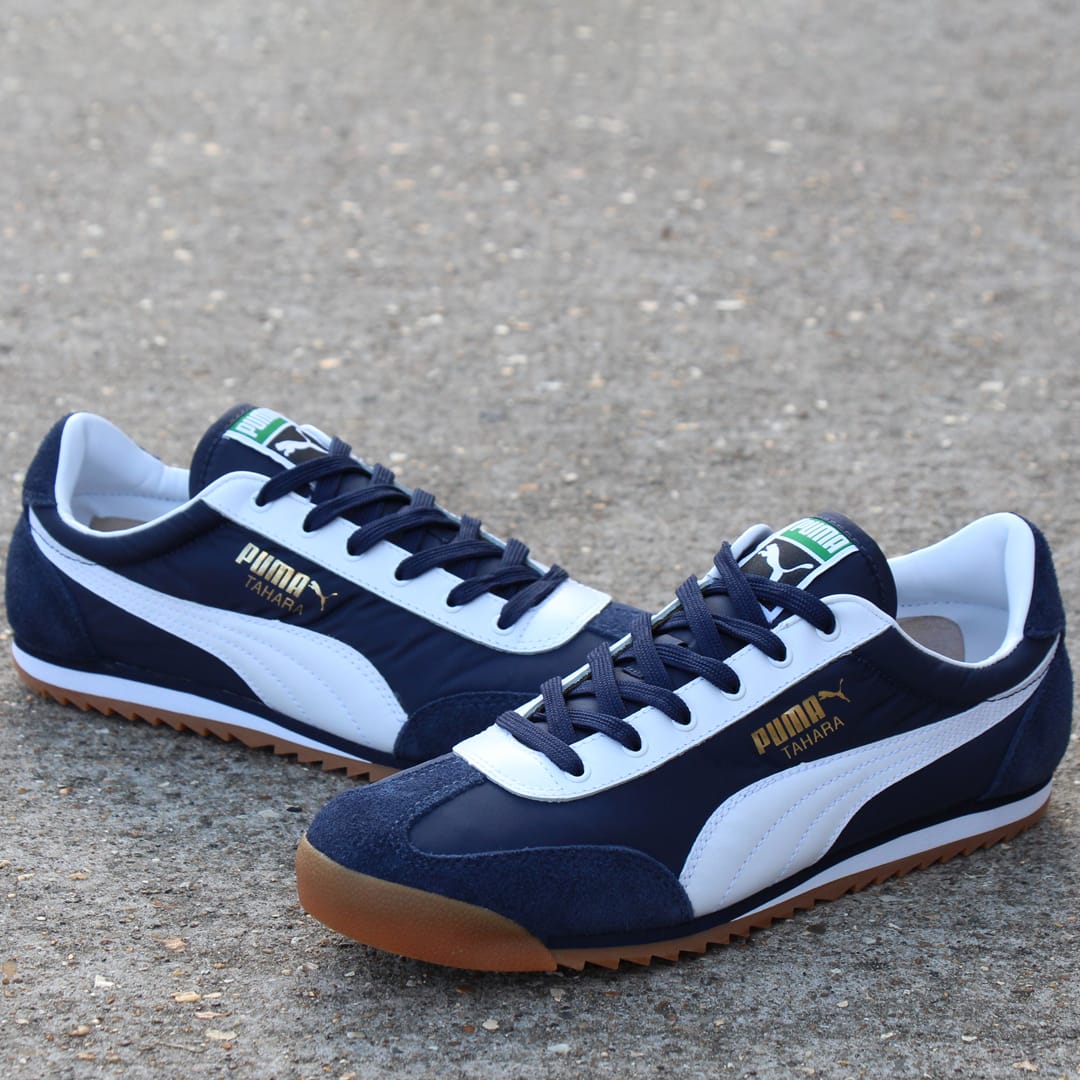 The PUMA Tahara trainer was originally released back in the 1970s as a high performance indoor training shoe. Now re-released and revived from the PUMA archives for the modern day retro lovers and enthusiasts, the Tahara keeps it casual, classic and simple with a mixture of nylon & suede uppers and an updated gum sole unit. The Tahara is finished off with the signature PUMA vamp branding to each side for a truly retro finish. 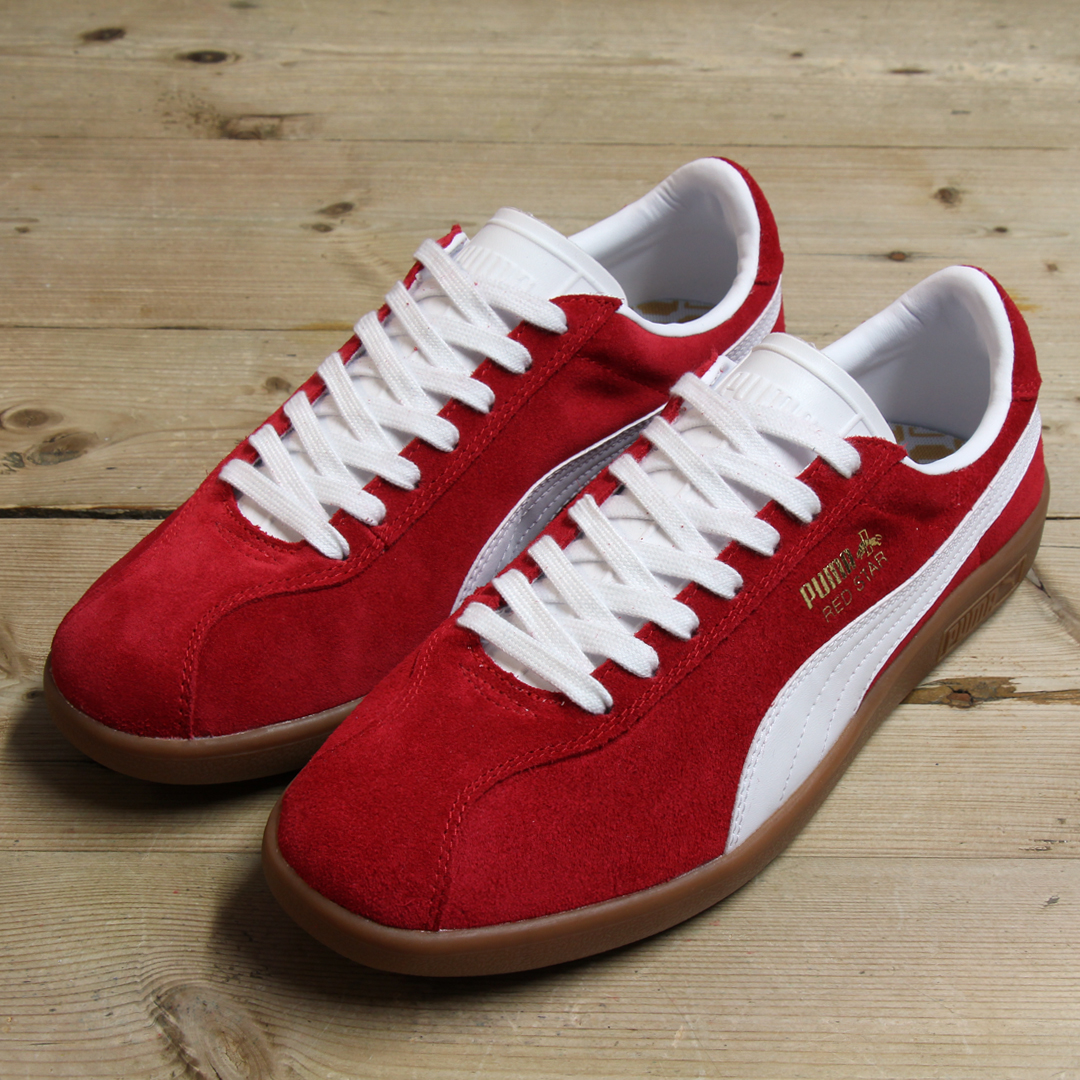 And if one archival style wasn’t enough for you the Herzogenaurach based sportswear label have also just revived 2 other silhouettes from the archive with the PUMA Red Star and the PUMA Blue Star. Both are key styles among PUMA collectors and were popular casual styles in the 80s, originally made in either Germany (West Germany at the time) or Yugoslavia. This very special re-issue now proudly comes to 80s Casual Classics in all its OG 80s glory, featuring rich suede uppers, puma vamp detailing in white leather to the sides, gold foil branding, iconic gum sole unit and the classic T-Toe style to the front of the shoe. 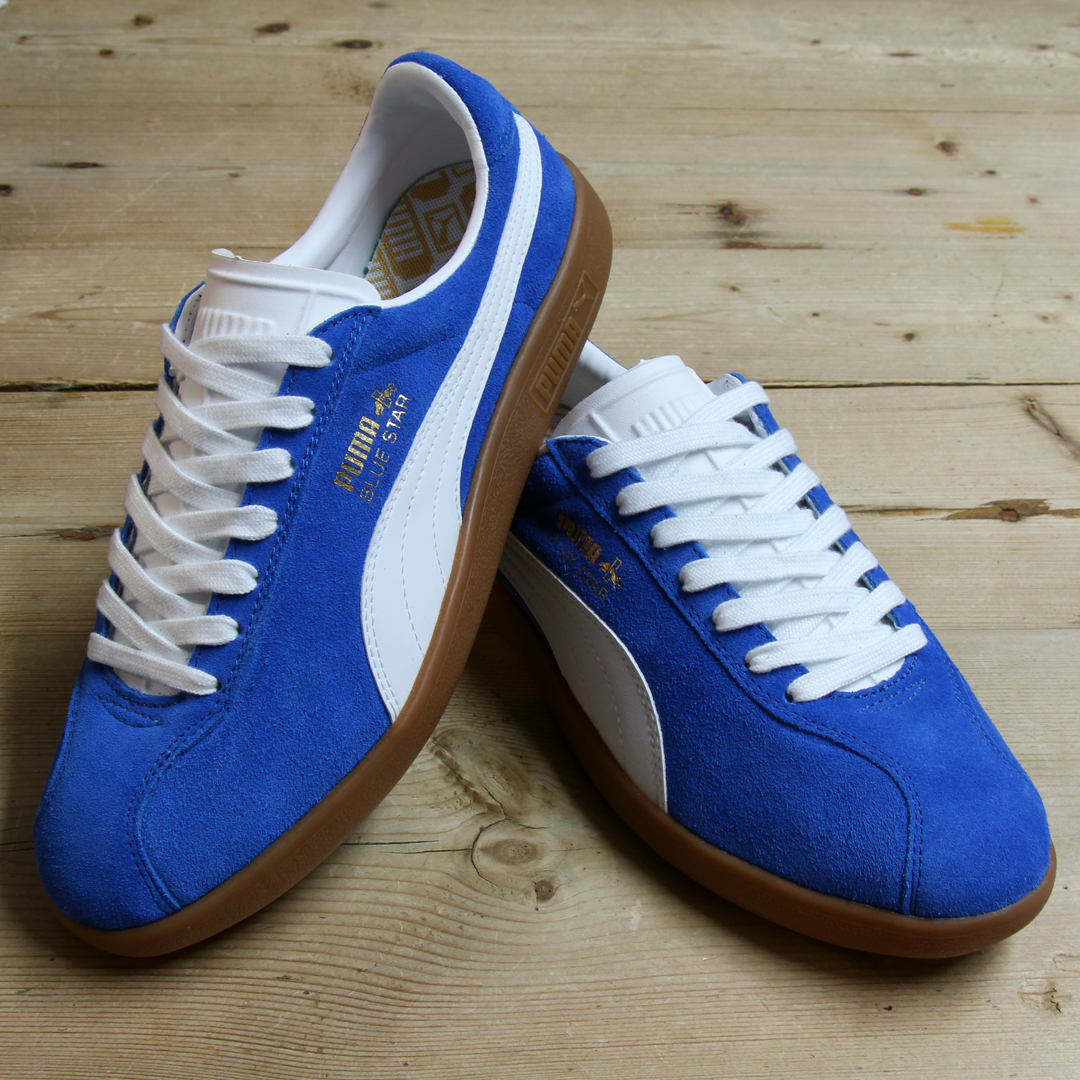