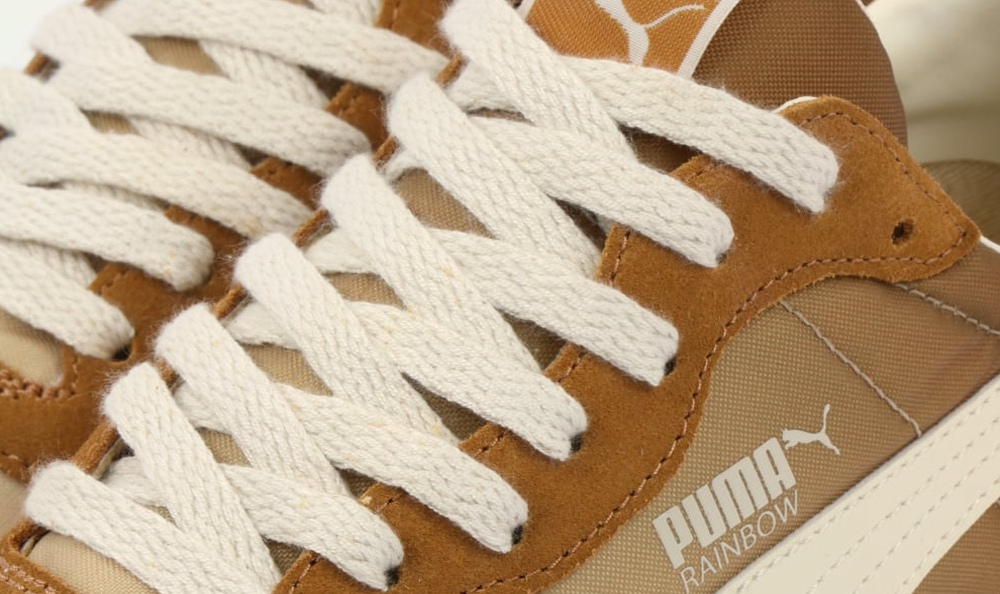 From the PUMA Rainbow retro runner to classic court trainers, we’ve got a great selection of PUMA styles landing at 80s Casual Classics.

There has always been something unique about that classic PUMA look. The Dassler brothers have become two of the most influential people to ever exist in the trainer world with Adi pursuing his own 3 stripes path and Rudolph taking the reigns of the PUMA label. The 70s and 80s saw a wealth of classic PUMA styles that will always be admired from performance to every day casual wear. Its these classic retro styles that continue to be some of our favourites at 80s Casual Classics.

The PUMA Rainbow trainer has now been revived from the PUMA archive for a very special release that has just landed at 80s Casual Classics. Having been firmly locked away in the PUMA archive in Herzogenaurauch, Germany since its first release back in the 1970s, the Rainbow is back in true retro form. Coming from the same runner family as the likes of the Fast & Easy Rider styles, the Rainbow adopted a more streamlined silhouette for optimal road running performance. The classic retro runner is now back in OG form with a modern update. Features include the classic runner style with nylon uppers and suede overlays, refreshing the archive silhouette for the modern day wearer and collectors. 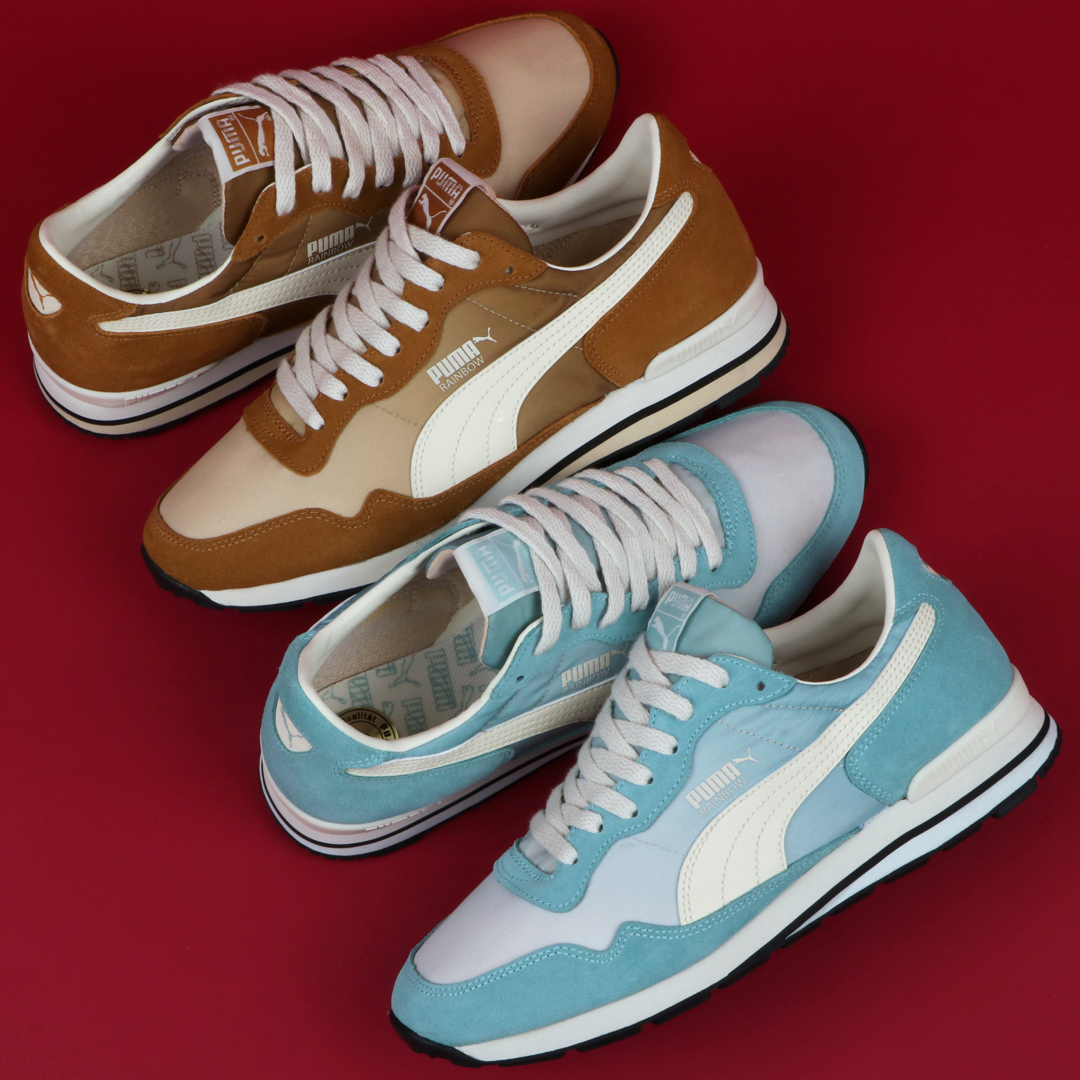 Above: The PUMA Rainbow OG trainer is now available at 80s Casual Classics in blue flower/aquifer and golden brown/pebble.

The PUMA TK Indoor trainer was also built for the avid athlete in mind, this time however it was engineered for the tennis courts, with court performance being key to many other PUMA styles. Like many PUMA silhouettes of the 80s era such as the Liga, Teku and Clyde (we could go on), the TK Indoor trainer was also a big cross over style, becoming just as popular for everyday wear as it was a performance shoe.  A cool casual trainer that looked great with a pair of jeans, with its premium suede uppers and retro style. We’ve just introduced some new colourways of the classic PUMA tennis style from bold reds to vibrant greens. The no fuss silhouette features premium suede uppers and the signature gum sole unit which is rich in sporting heritage. 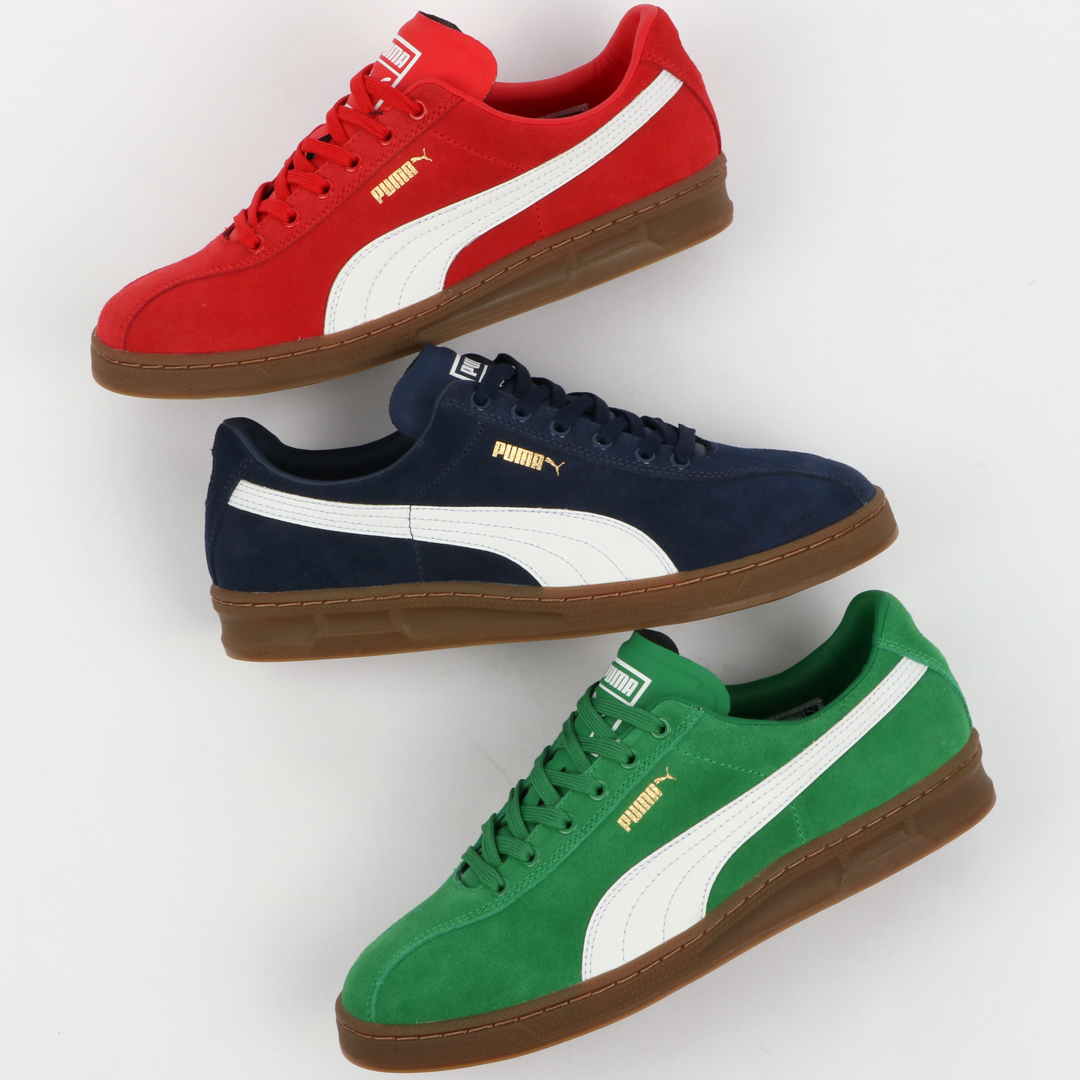