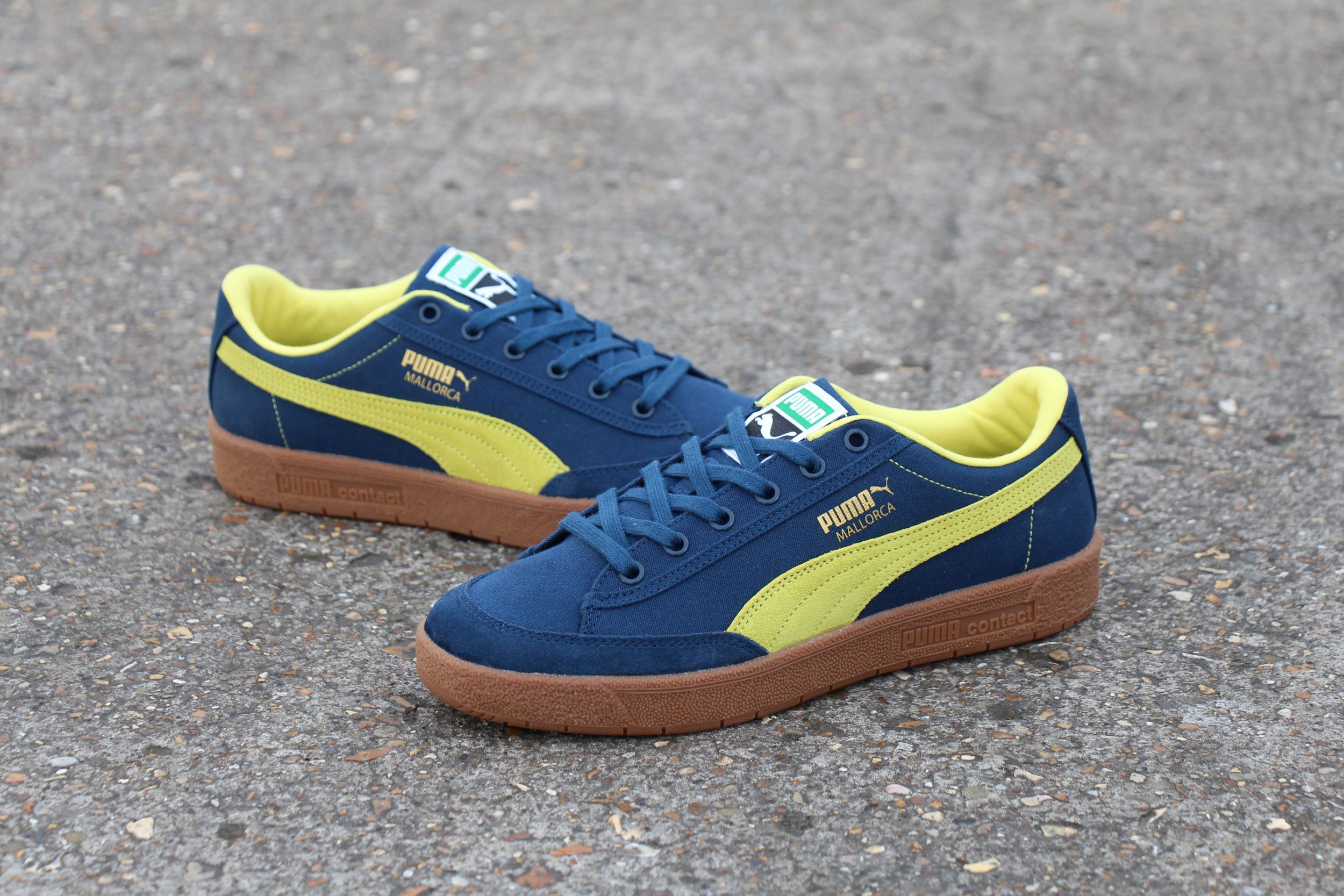 The PUMA Mallorca Trainer Is Revived From The Archives

The PUMA Mallorca trainer is a classic casual style that was first introduced in the 1970s & is now revived from the archives for 2021.

When we think of Mallorca, we think of Balearic beats, white sandy beaches, limestone mountains, palm trees & days spent in the sunshine without a care in the world. Forget the lilos and the parasols for a second though, as the picturesque Balearic Island is also the name of a classic PUMA trainer from the golden era of casual sportswear. The PUMA Mallorca trainer is now treated to a very special revival release for 2021 courtesy of the German sportswear brand which is sure to go down a storm with the OG PUMA fans out there. 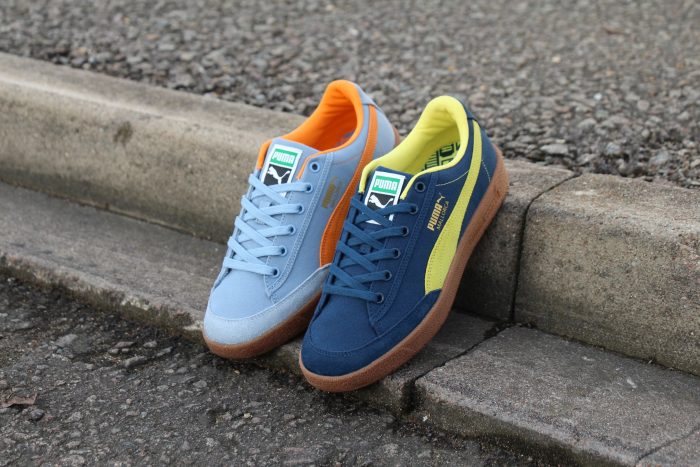 Above: The PUMA Mallorca trainer in a selection of fresh new colourways now available from 80s Casual Classics.

After the introduction of the Suede in 1968 & then the Clyde in the 1973, PUMA quickly became the “go to” brand for track athletes & basketball players. Tommie Smith famously raised his fist in defiance at the Mexico City Olympics in 1968 whilst holding his PUMA Suede shoe. It was this moment that really set PUMA apart from the other sportswear brands. PUMA’s subcultural connection of the late 70s B-Boy crews of the New York boroughs also gave the German sportswear brand a new ‘street’ appeal. 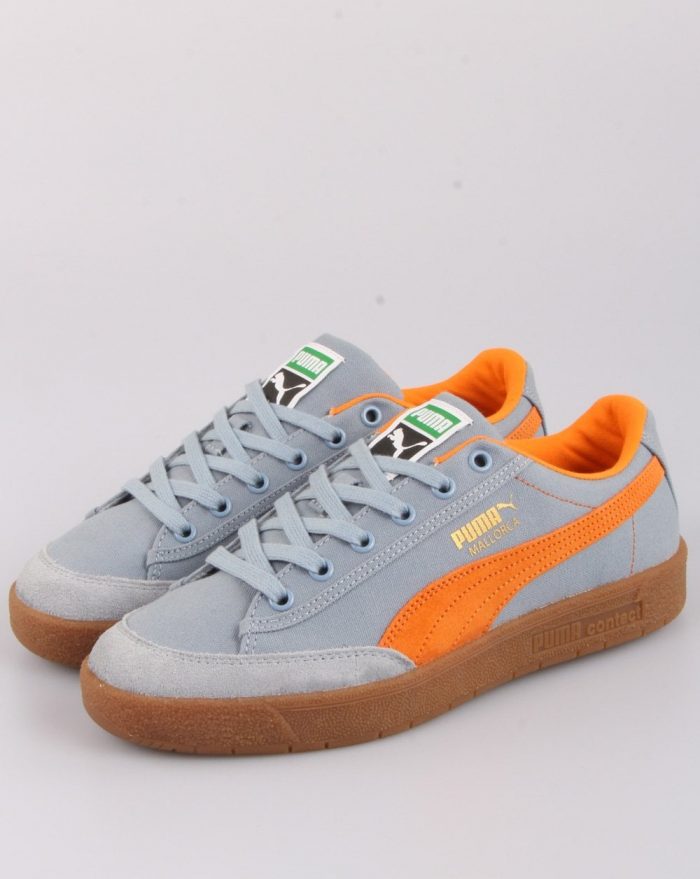 Above: The PUMA Mallorca trainer in blue/orange now available from 80s Casual Classics.

When B-boy culture finally arrived in the UK, the colourful sportswear associated with the scene was quickly adapted by the Casuals in the late 1970s & early 1980s. The American & Continental influences of the two subcultures somehow merged together, with the Casuals also favouring expensive tracksuits as well as exclusive trainers. When we talk about casual trainers from the 1980s it’s usually adidas that gets the most recognition, however the significance of the PUMA brand to the Casual scene is just as important as any. 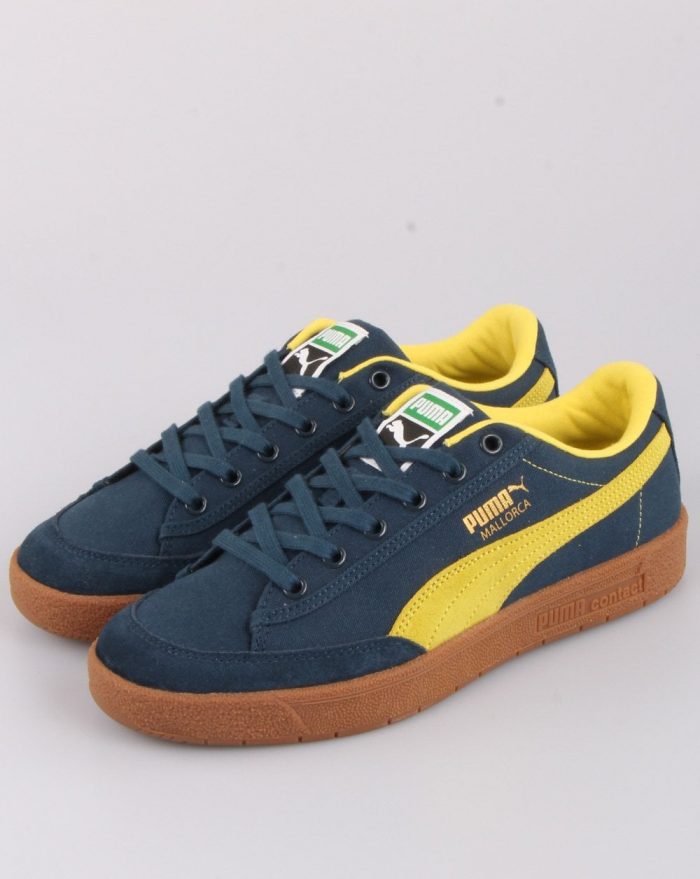 The PUMA Mallorca trainer followed in the footsteps of the Madrid, the Dallas, the Oslo & the St. Petersburg, also taking its name from a city or place. In the case of the Mallorca it was named after the sun drenched shores of the Balearic Island, which is located 100 miles North East of Ibiza. Now revived from the archives, the Mallorca features a durable canvas upper with suede overlays and contrasting form strip to the sidewalls. The chunky gum sole unit gives a nod to the shoe’s performance heritage with ‘Mallorca’ branding in gold foiling to the sidewalls. The retro PUMA style is now available from 80s Casual Classics in a selection of colourways such as navy/fluro yellow & blue/orange. The Mallorca is a must have terrace style for the OG PUMA fans out there.