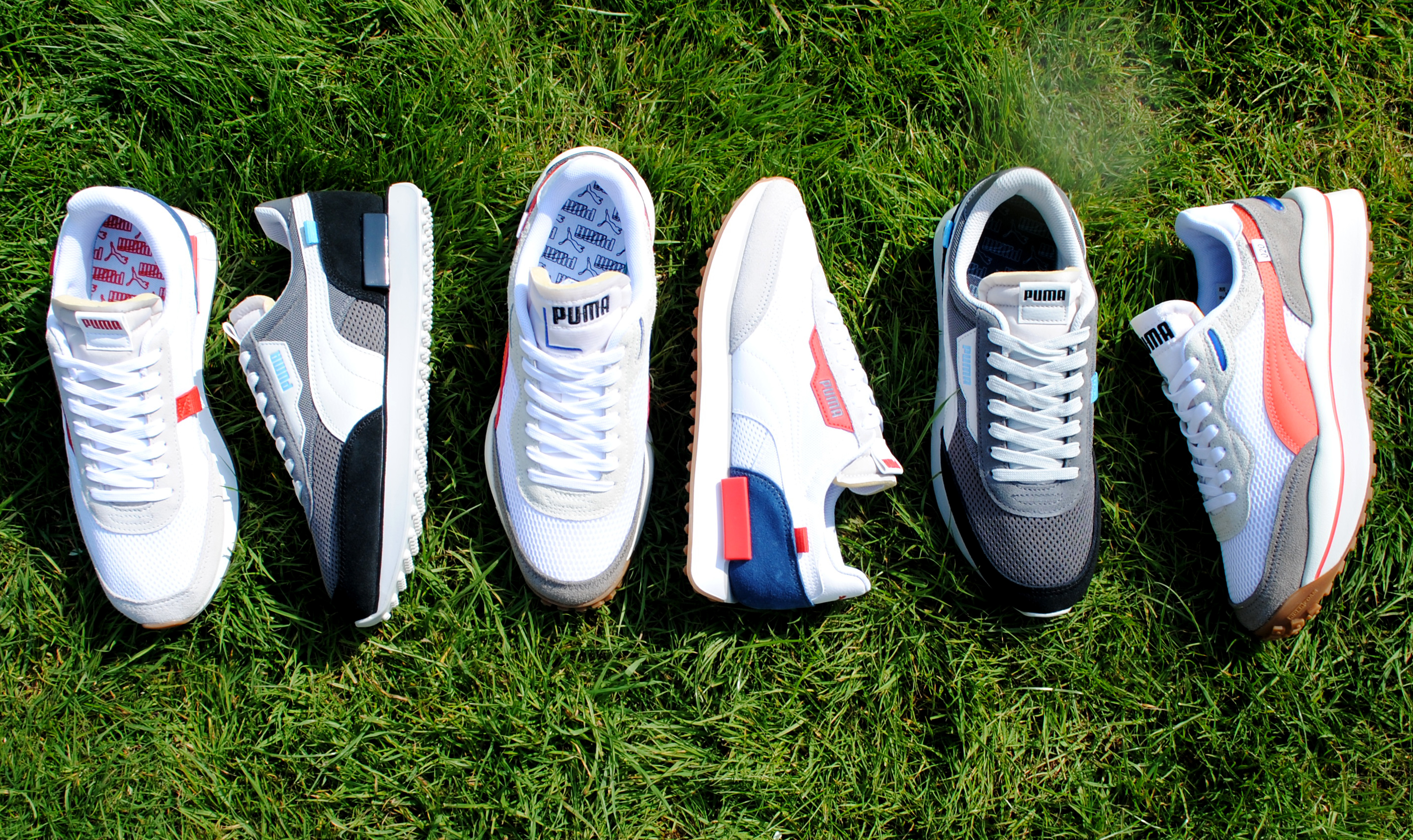 The running heritage of the PUMA Fast Rider is re-invented with the latest Future Rider & Style Rider.

PUMA’s running heritage goes back to the 1960s when Tommie Smith and John Carlos famously raised their fists as a sign of protest on the winners podium for the 200m sprint at the Mexico Olympics in 1968. Both athletes were wearing PUMA trainers at the time with the spectacle becoming one of the most iconic moments in Olympic history. Whilst the Dassler brothers were looking to bag the best athletes to endorse their trainers, it was the social impact of Mexico 68′ that would change the street appreciation & demand of PUMA forever. During an era of Dassler brother rivalry, the competition to create the best running shoe between the two German brothers went into full swing. As the demand for running trainers started to boom in the 1970s, PUMA & adidas locked horns and went all in with trainer tech & designs that would still give modern day trainers a run for their money. The Rider Series was one of PUMA’s most technologically advanced trainers to come out of this magical running era. PUMA have now introduced a modern update on their legendary Fast Rider with the PUMA Future Rider & Style Rider. 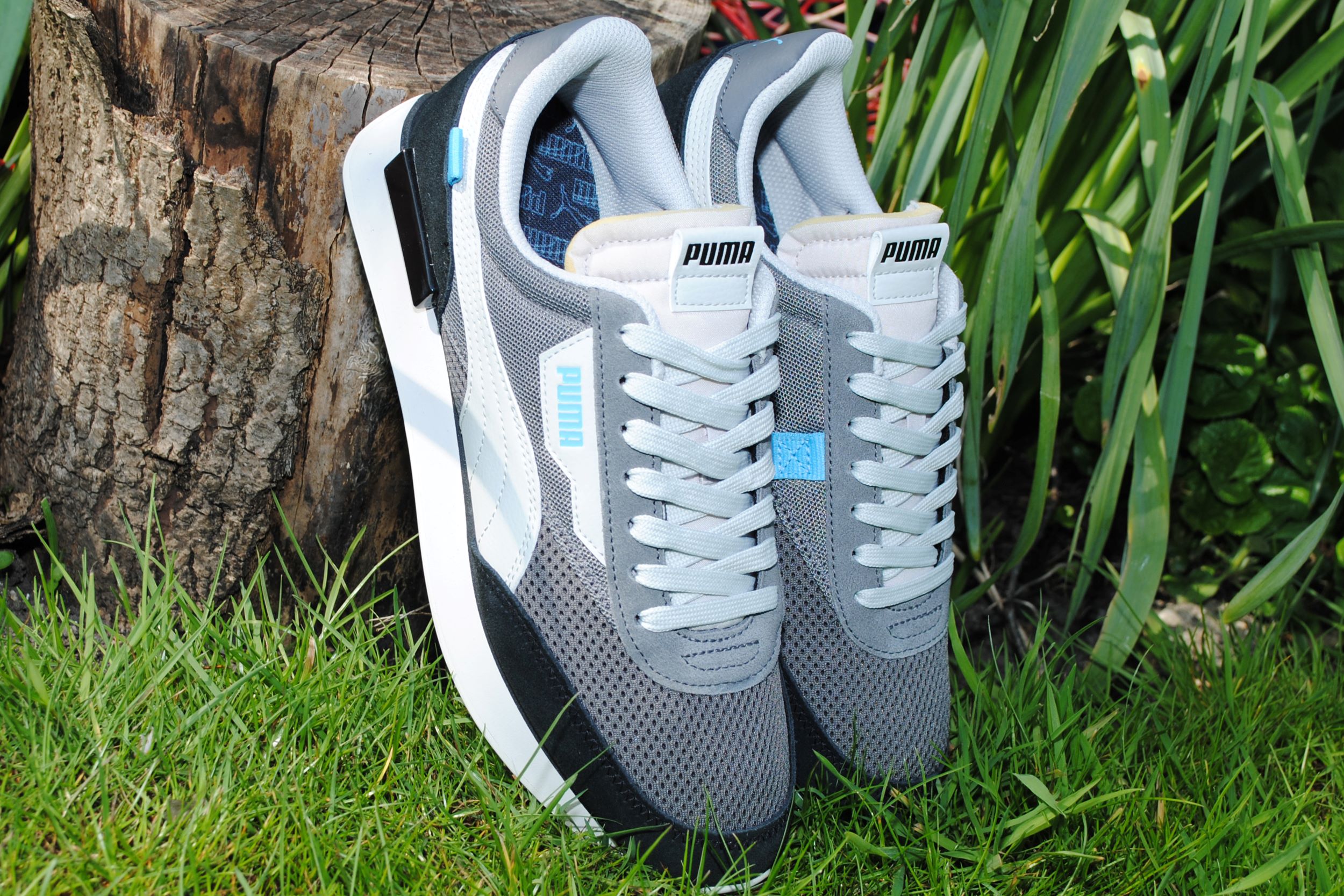 First introduced in 1980 the PUMA Fast Rider was a revolutionary runner for its time. The lightweight design weighed only 279 grams making it one of the lightest trainers on the market. It was the Federbein sole design that really got people talking and featured studs to the outsole in an inverted V pattern for the ultimate grip and cushioning under foot. Great for a range of different running terrains the lightweight and super grippy design puts the Fast Rider up there as one of PUMA’s greatest running trainers of all time. 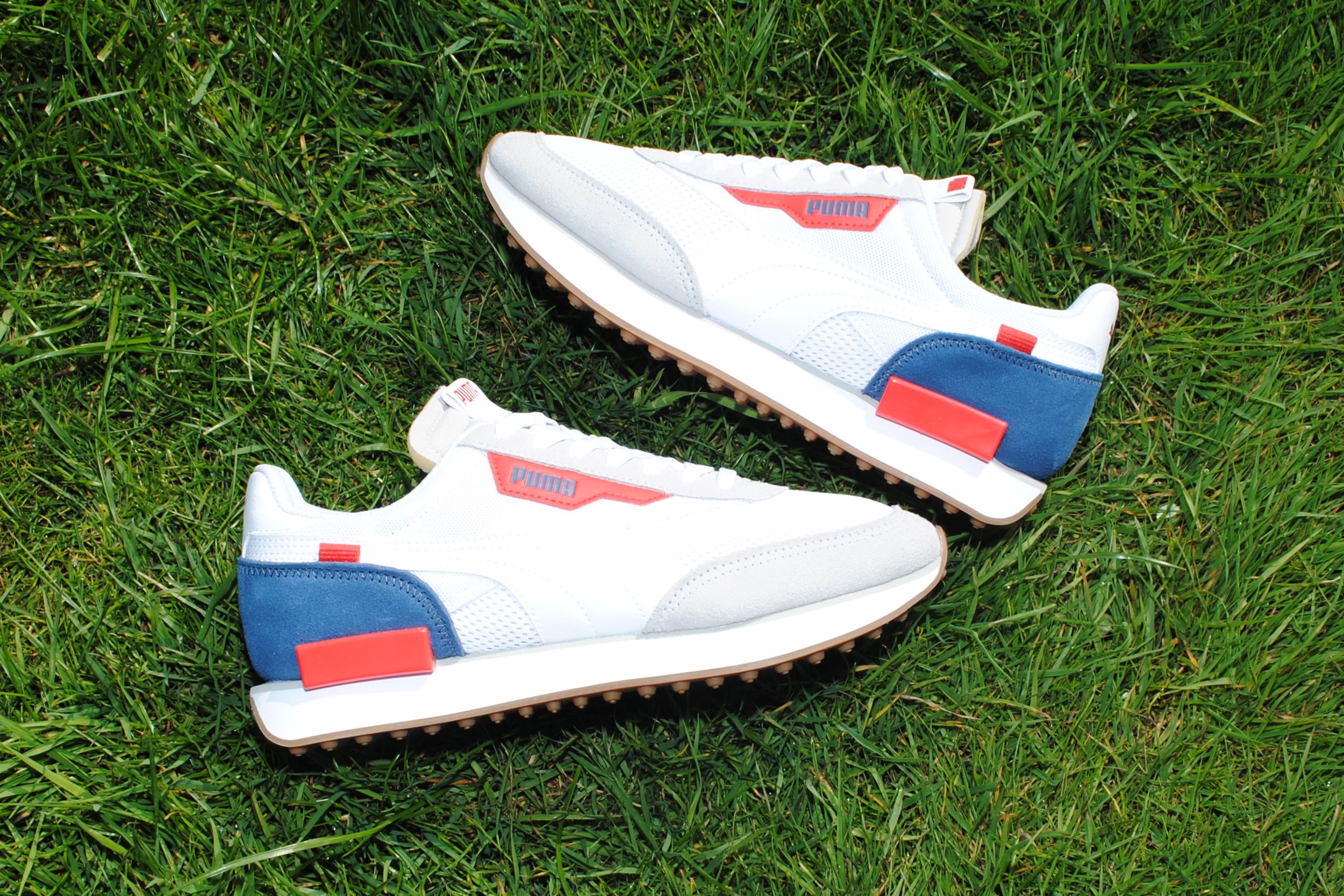 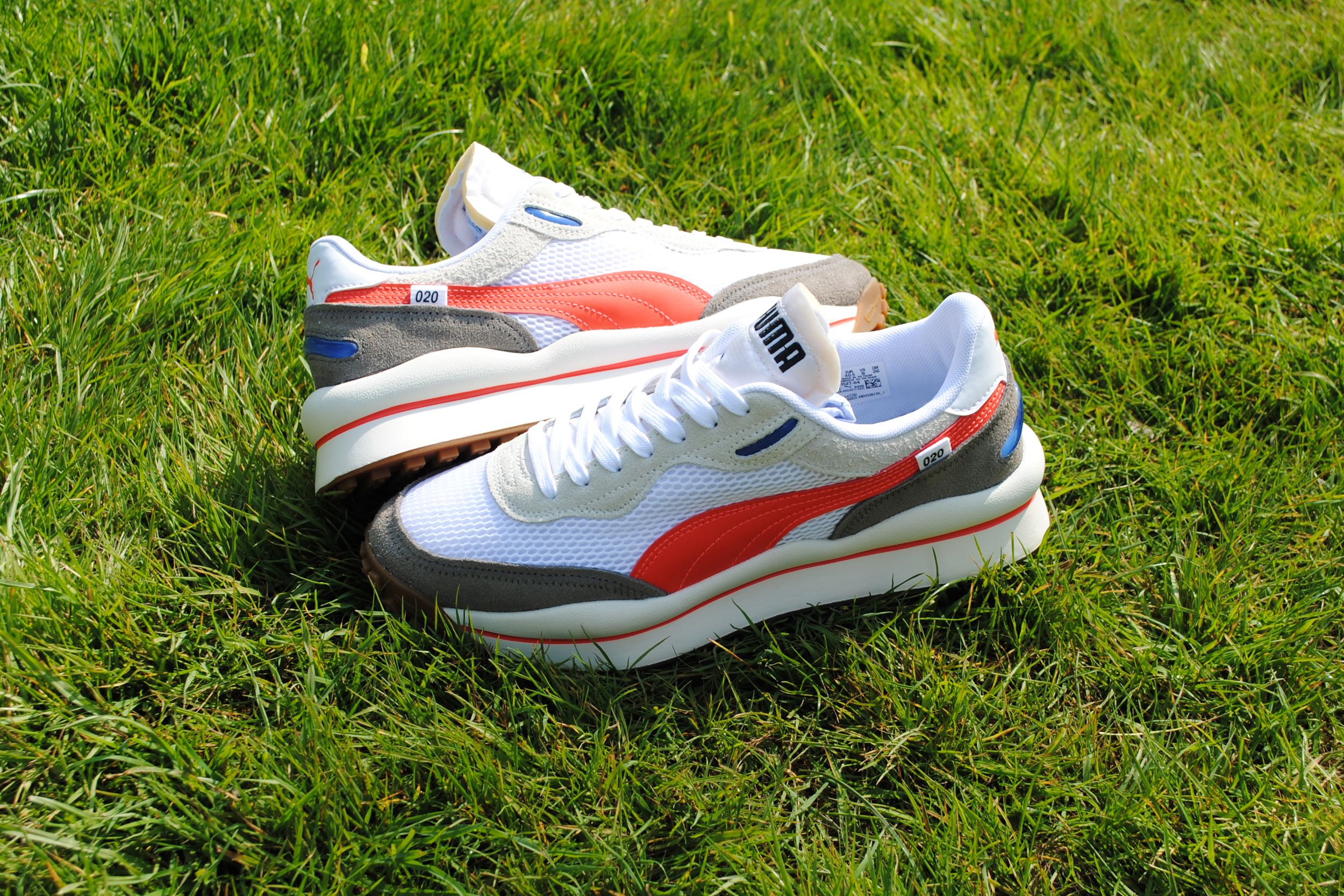 The PUMA Style Rider puts more of a modern trainer spin on the original Fast Rider silhouette. The original Federbein design makes a return to the outsole with lightweight mesh uppers, suede overlays & the latest RIDERFOAM cushioning sole technology. Both styles are now available from 80s Casual Classics in a selection of fresh new colourways.