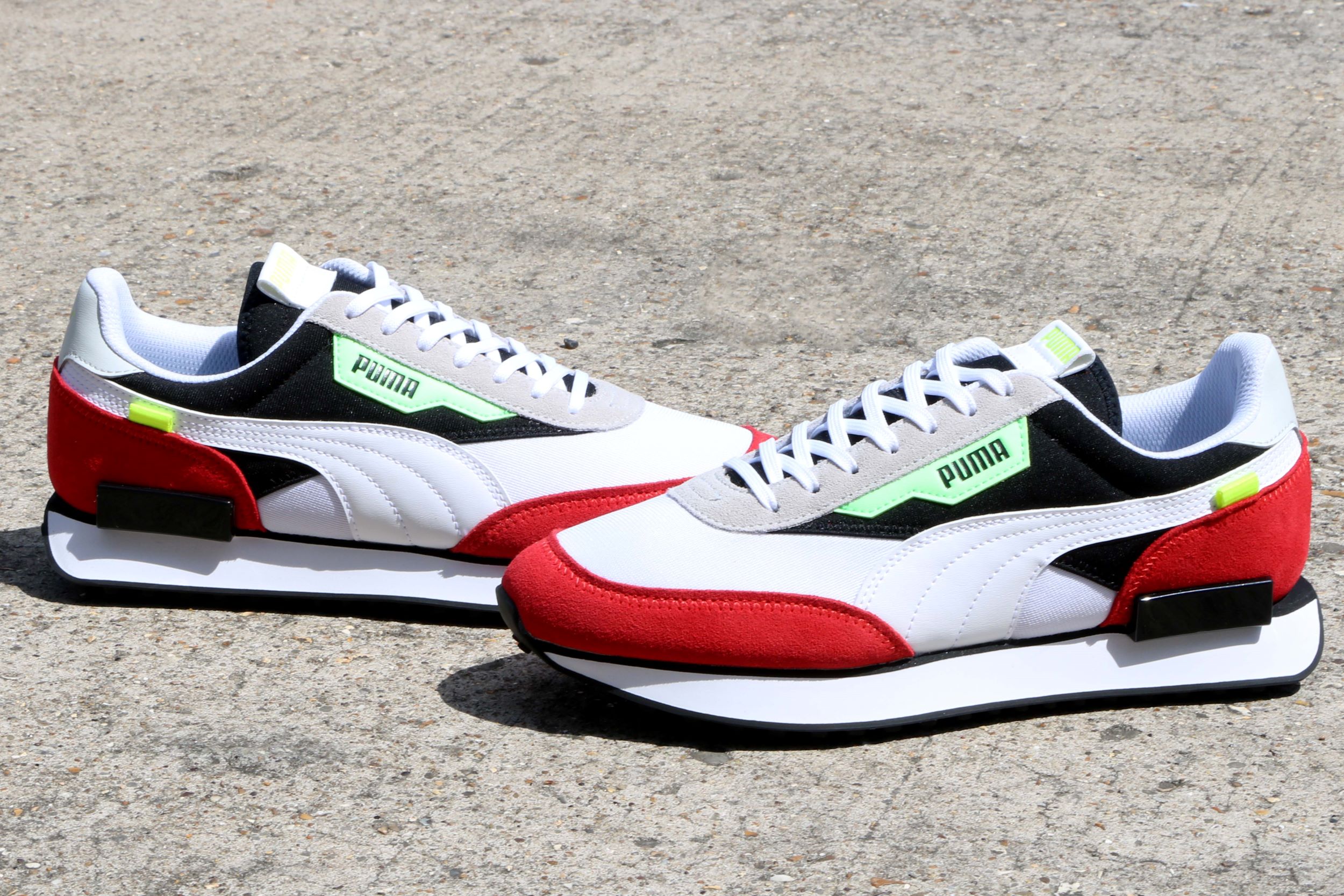 Wherever neon is concerned, it’s usually about speed and tempo. Whether its pair of glow sticks going mental at a 90s Gabber rave at 180 BPM or Usain Bolt’s Trinomic Hawthorne Neon trainers speeding past you at 26 miles per hour. Neon has long been associated with ravers & runners. The question is why? Well for the runners it’s obviously about the extra visibility. For the rave scene it’s just something that has become part of the subculture since the original raves of the late 80s and early 90s. PUMA have now added a touch of neon to their latest Future Rider Retro trainer, a silhouette which draws inspiration from their super speedy Fast Rider from the early 80s. So whether you’re into hardcore techno from Rotterdam, or you just like classic running shoes with a modern twist, this latest PUMA release is definitely for you. 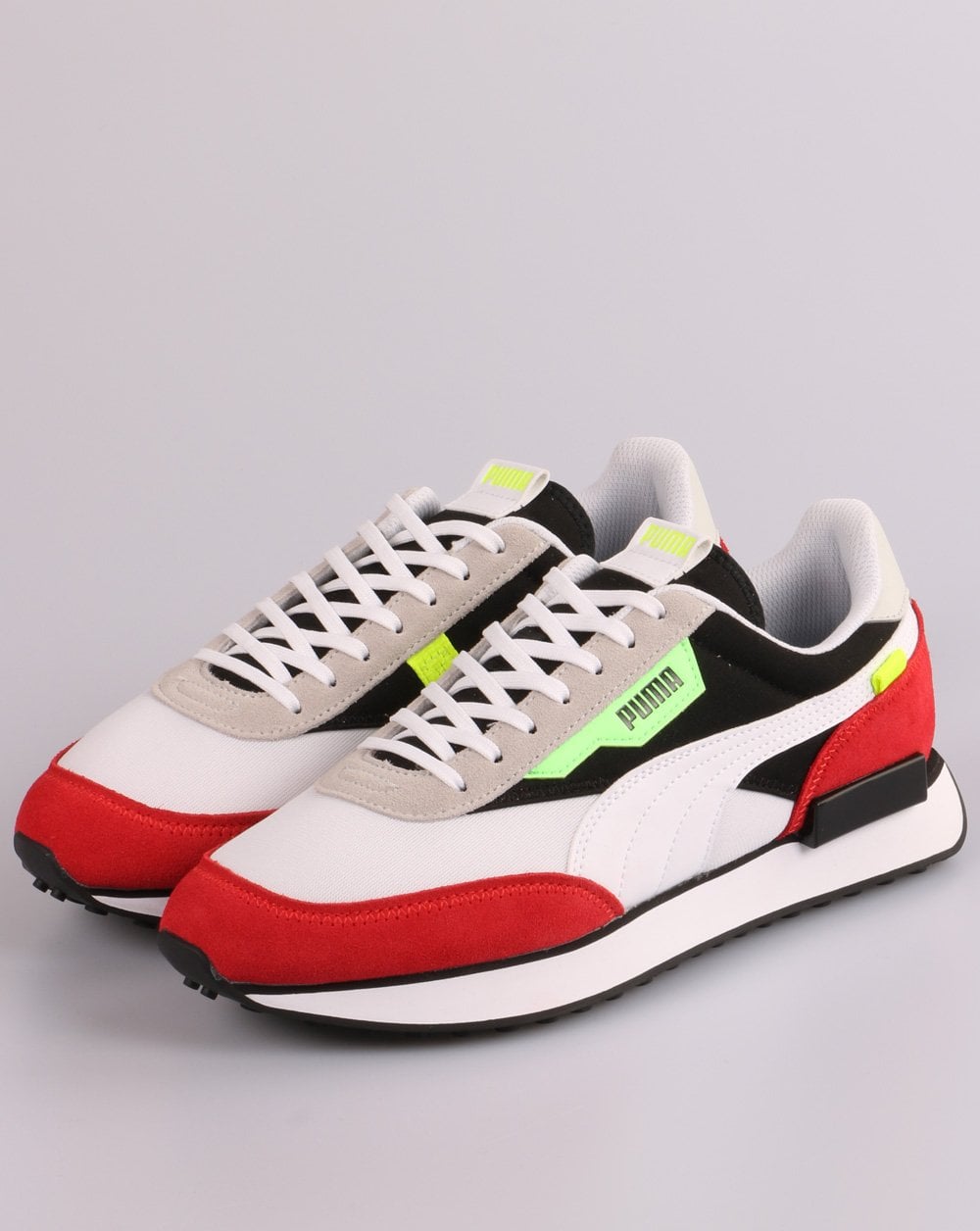 The 1980s fitness revolution saw the likes of PUMA really up their game as far as performance & footwear design was concerned. Running moved away from the tracks onto the streets, paving the way for a new breed of sportswear savvy runners. First introduced in 1980, the PUMA Fast Rider was one of PUMA’s most technologically advanced trainers available on the market at the time. A revolutionary runner of the early 80s, the lightweight design weighed only 279 grams making it one of the lightest trainers ever. The iconic Federbein studded sole design featured an inverted V pattern for superior grip and cushioning under foot. As far as running trainers were concerned the Fast Rider was a complete changer as not only was it super lightweight and grippy, it could also be used for a range of different running terrains. 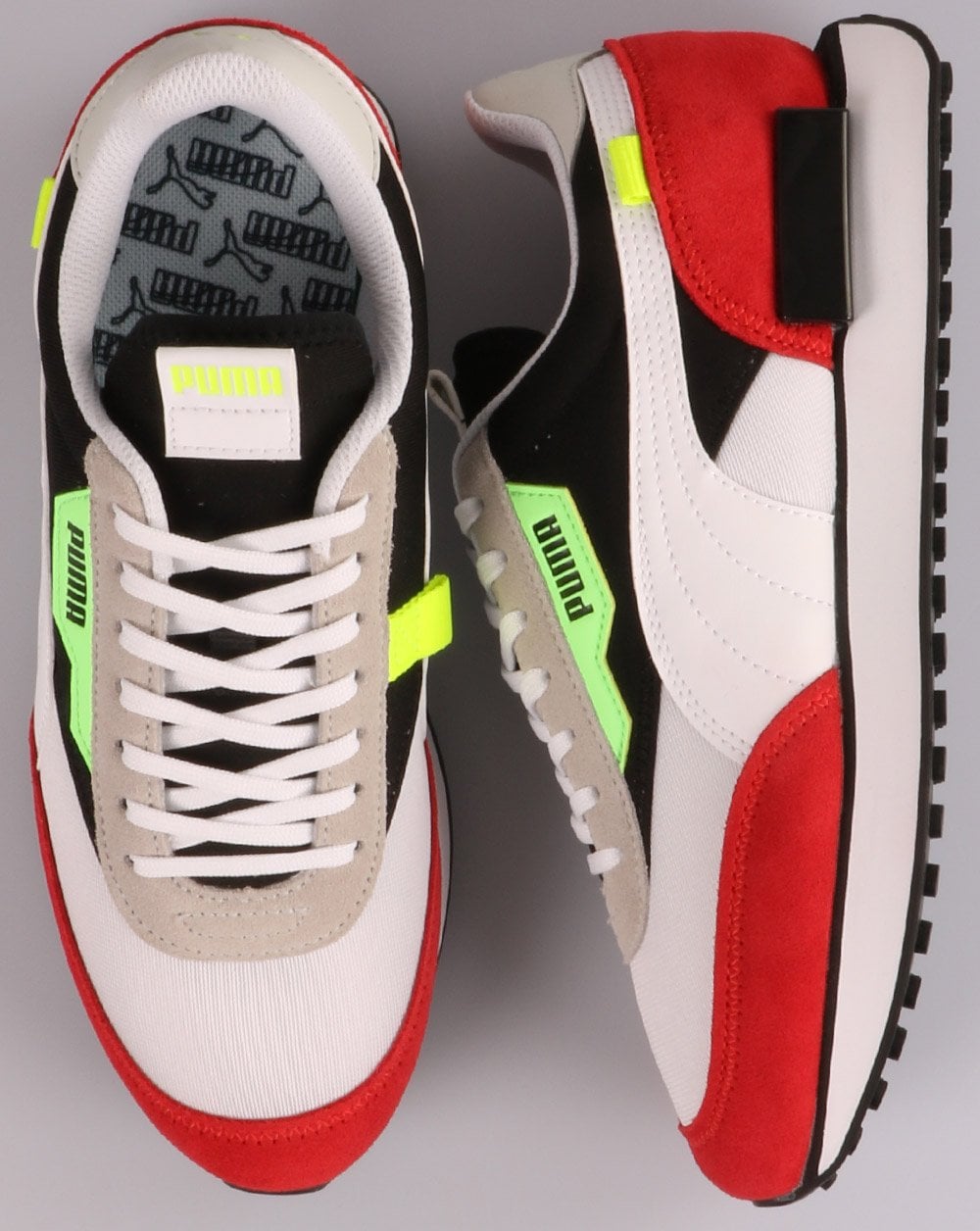 Even though the Future Rider is technically a brand new style, it’s retro inspired design takes its inspiration from the original Fast Rider with its studded grippy sole & classic colour blocking style. Features include lightweight mesh uppers & suede overlays with the addition of a TPU stabiliser & RIDERFOAM cushioning to the midsole. Other highlights include hints of neon to the PUMA branding & tongue with neon pull tabs to the medial sides. The retro runnier is finished off with the iconic formstrip to each side.