X
This site uses cookies to provide and improve your shopping experience. If you want to benefit from this improved service, please opt-in.
More Info
Accept Cookies
80's Casual Classics80's CC NostalgiaEverything You Need To Know About The PUMA Delphin Trainer
Menu 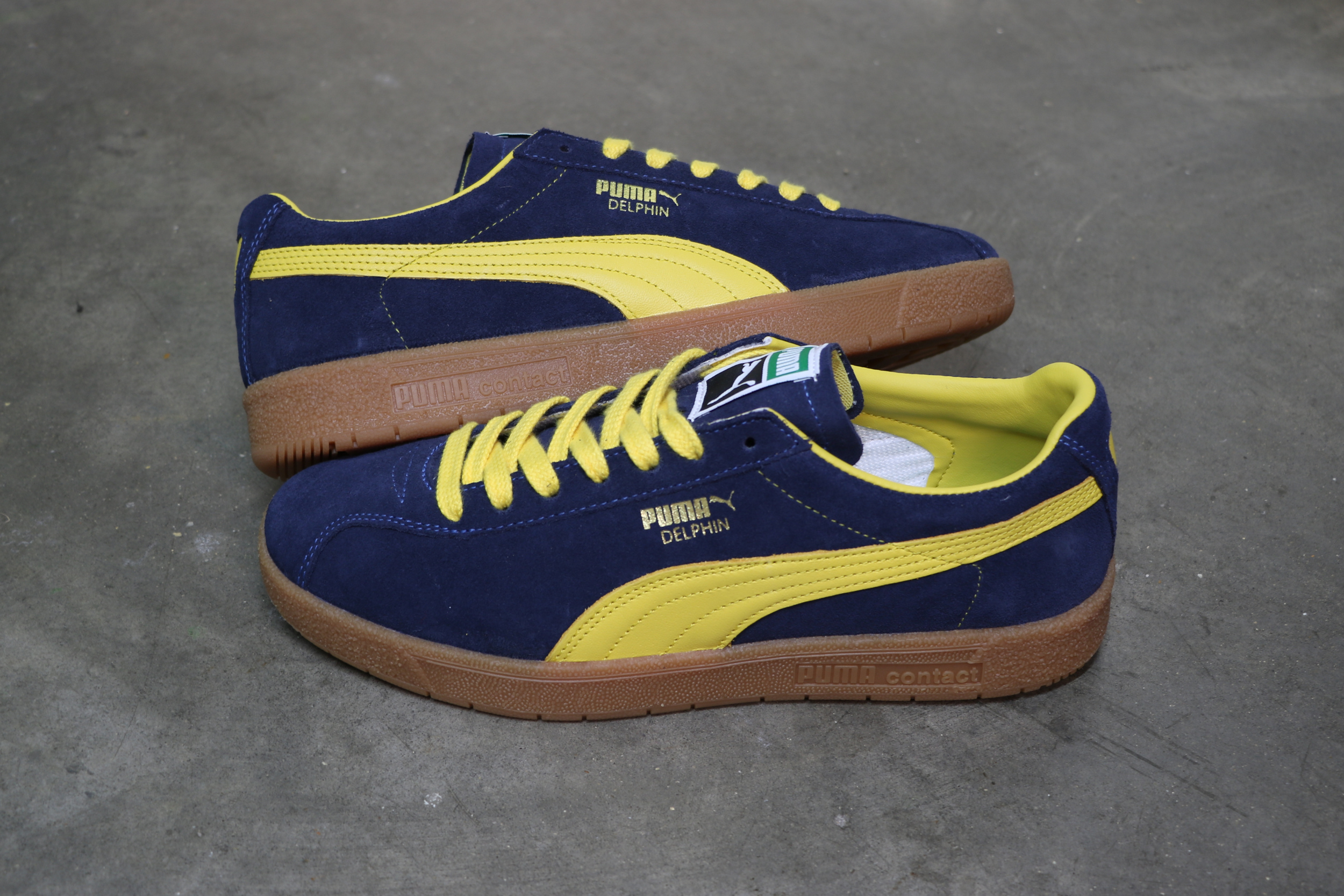 Everything You Need To Know About The PUMA Delphin Trainer

The PUMA Delphin trainer is an OG PUMA silhouette that was originally released in the 1970s & now arrives at 80s Casual Classics.

Taking the German word for ‘Dolphin’, the PUMA Delphin trainer is now revived from the German sportswear label’s extensive archives. Headed up by Mr Puma himself, Helmut Fischer, the PUMA archive is something like the equivalent of Disney World to the adult trainer enthusiast, boasting over 8000 different shoes from PUMA’s rich sporting history. Sadly the archives are not open to the average trainer enthusiast which only adds to the whole magic & nostalgia associated with it. There’s just something very special about archive releases which the newer trainer models will probably never be able to contend with. The PUMA Delphin trainer is one of them very special archive releases and now arrives at 80s Casual Classics for the latest season. 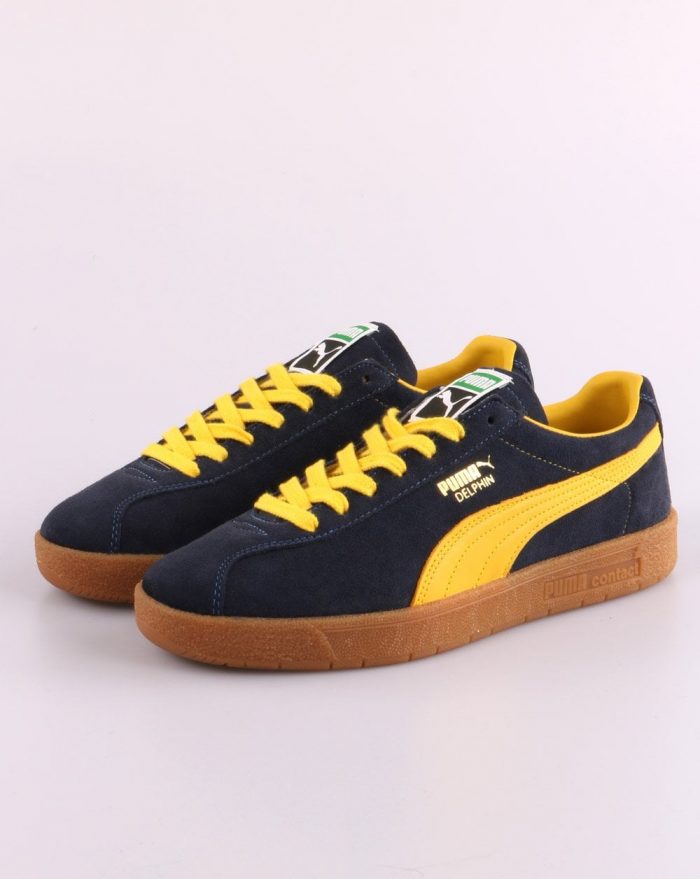 First introduced in the 1970s, there were numerous different versions of the PUMA Delphin trainer released throughout the era. One thing they did have in common was the same iconic navy & yellow colourway. Originally manufactured in West Germany & Yugoslavia, there is no denying that the Delphin is an OG classic suede style. The Delphin wasn’t just your average suede silhouette though. There was an Olympic version of the shoe which featured the signature rings associated with the games stamped on the shoe. This particular version also featured state of the art sole technology with added air bubbles in the sole for extra cushioning & bounce underfoot. Designed for athletic use, the Delphin was lightweight, yet sturdy, and featured suede uppers with a contrasting leather formstripe in yellow. 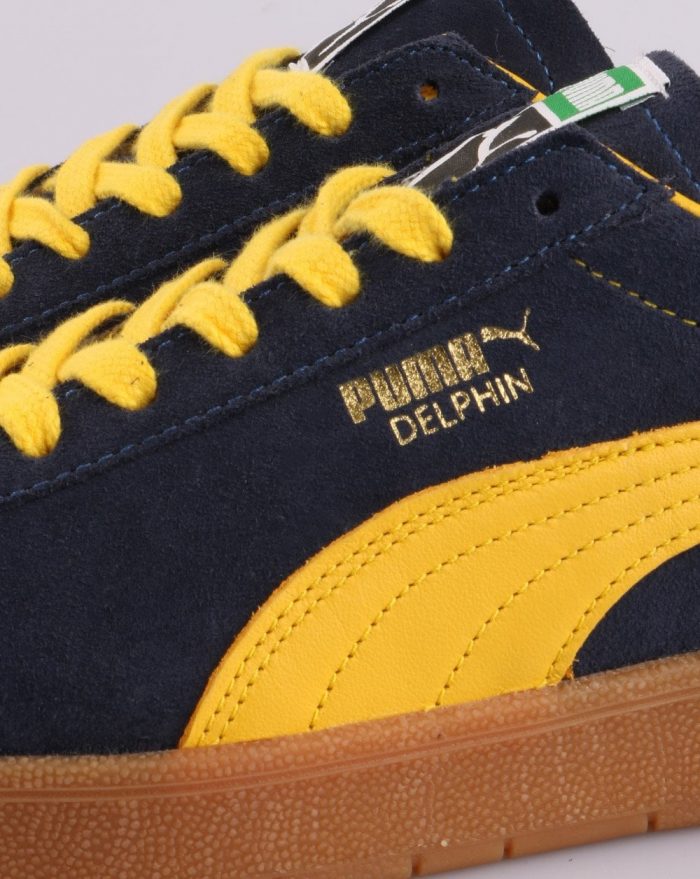 Now introduced to 80s Casual Classics the Delphin trainer makes a grand return from the PUMA archives following on from other recent OG releases such as the Bluebird, the Oslo & the Madrid to name a few. Back in the signature blue & navy colourway the retro revival release features rich navy suede uppers with T-toe detailing to the toe box & a contrasting yellow leather formstripe. The signature PUMA Contanct gum sole unit stays true to form with a thicker profile & ridged outsole for extra grip. Other features include yellow laces with ‘PUMA Delphin’ lettering in gold foiling to the lateral sides & classic PUMA cat branding to the tongue. The Delphin is a must have retro trainer style for the vintage footwear fan & will make a great addition to your casual wardrobe.