X
This site uses cookies to provide and improve your shopping experience. If you want to benefit from this improved service, please opt-in. Cookies Page.
Accept Cookies
80's Casual Classics80's CC NostalgiaEverything You Need To Know About The PUMA Dallas Trainer
Menu 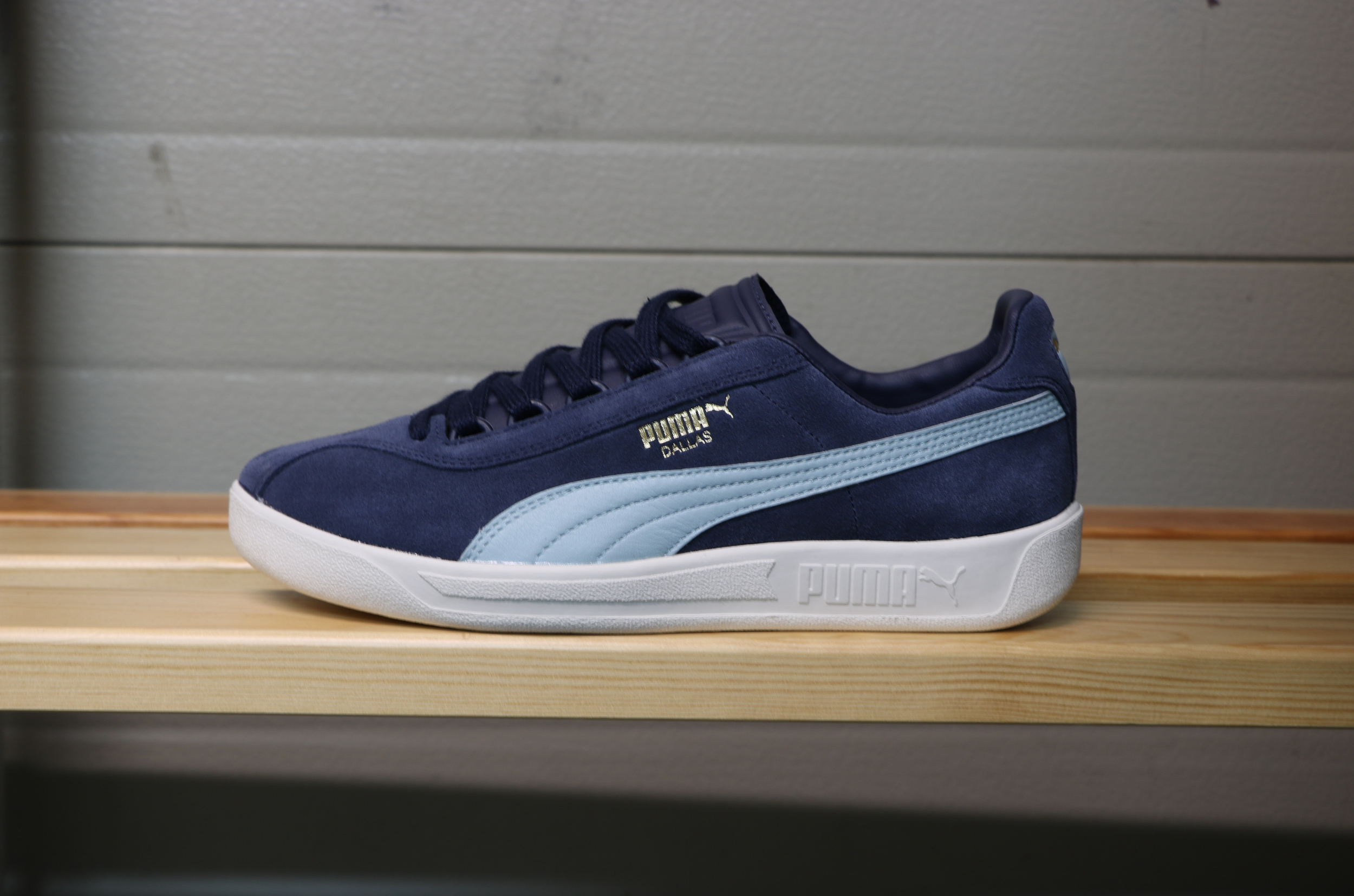 Everything You Need To Know About The PUMA Dallas Trainer

The PUMA Dallas trainer was a must have casual style of the 1980s and is now brought back for a very special archival release.

For November 2020, PUMA have now revived the Dallas from the archives for a very special re-release. Who doesn’t love the classic stuff from PUMA? After the introduction of game-changing silhouettes like the PUMA Suede in 1968 & then the Clyde in the 1973, PUMA quickly became a respectable household game. American athlete, Tommie Smith, famously raised his fist in defiance at the Mexico City Olympics in 1968 whilst holding his PUMA Suede shoe. It was this moment that really set PUMA apart from the other sportswear brands out there at the time. PUMA’s subcultural connection of the late 70s B-Boy crews of the New York boroughs gave the German sportswear brand a new ‘street’ appeal. The boldness of Tommie Smith, the basketball connection & the burgeoning B-boy scene of NYC created an appeal for PUMA footwear like nothing before. 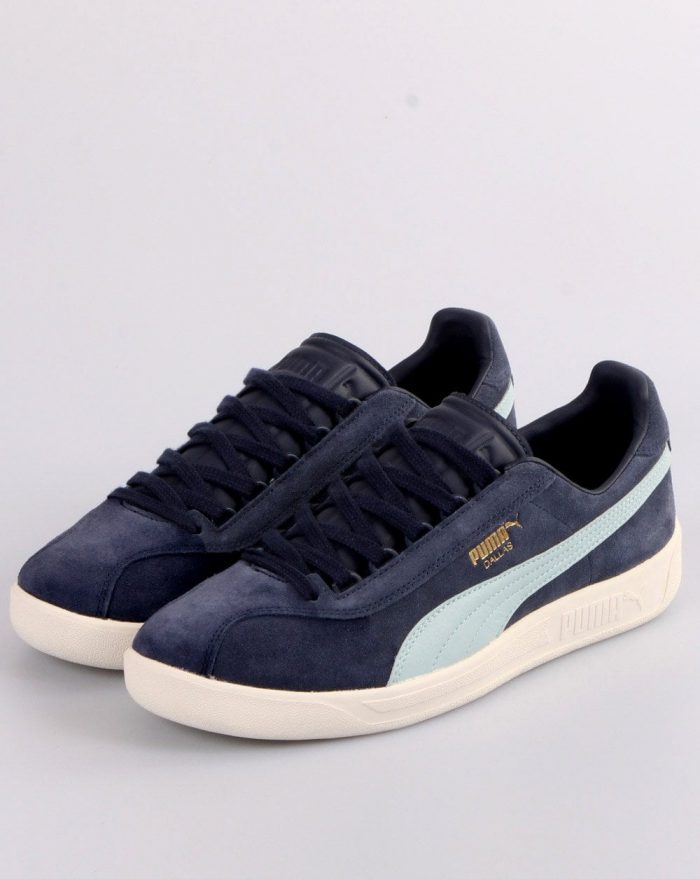 When B-boy culture arrived in the UK, the casual sportswear style of the scene was also adapted by the Casuals in the late 1970s & early 1980s. The American & European influences of the two subcultures somehow merged together with the Casuals also favouring expensive tracksuits as well as exclusive trainers from the likes of PUMA & adidas. OG styles like the PUMA Dallas with its ‘Made in Italy’ label and expensive price tag were a must have trainer in the 1980s for the Casuals. The Dallas quickly gained a cult status among the casual elite of the UK. 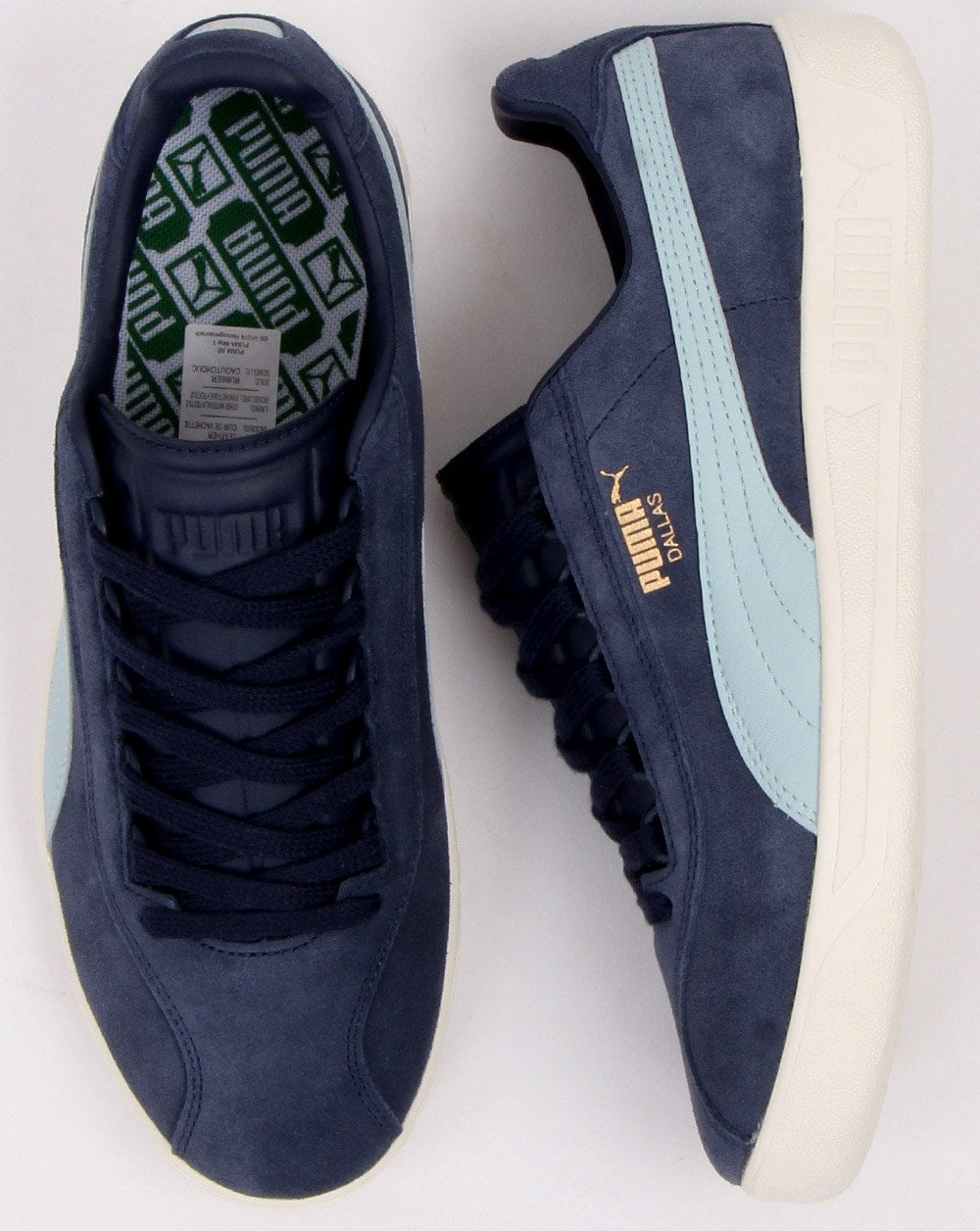 The PUMA Dallas had all the classic traits of the OG suede styles we all love from the German sportswear brand. The classic leather form stripe to each side of the suede uppers & the clean white midsole for a subtle style that never seems to tire. Originally made in Italy, the Dallas had become like gold dust to get your hands on prior to its official re-release back in 2015. The Dallas is now revived again from the PUMA archives for the latest season for a very special re-release. 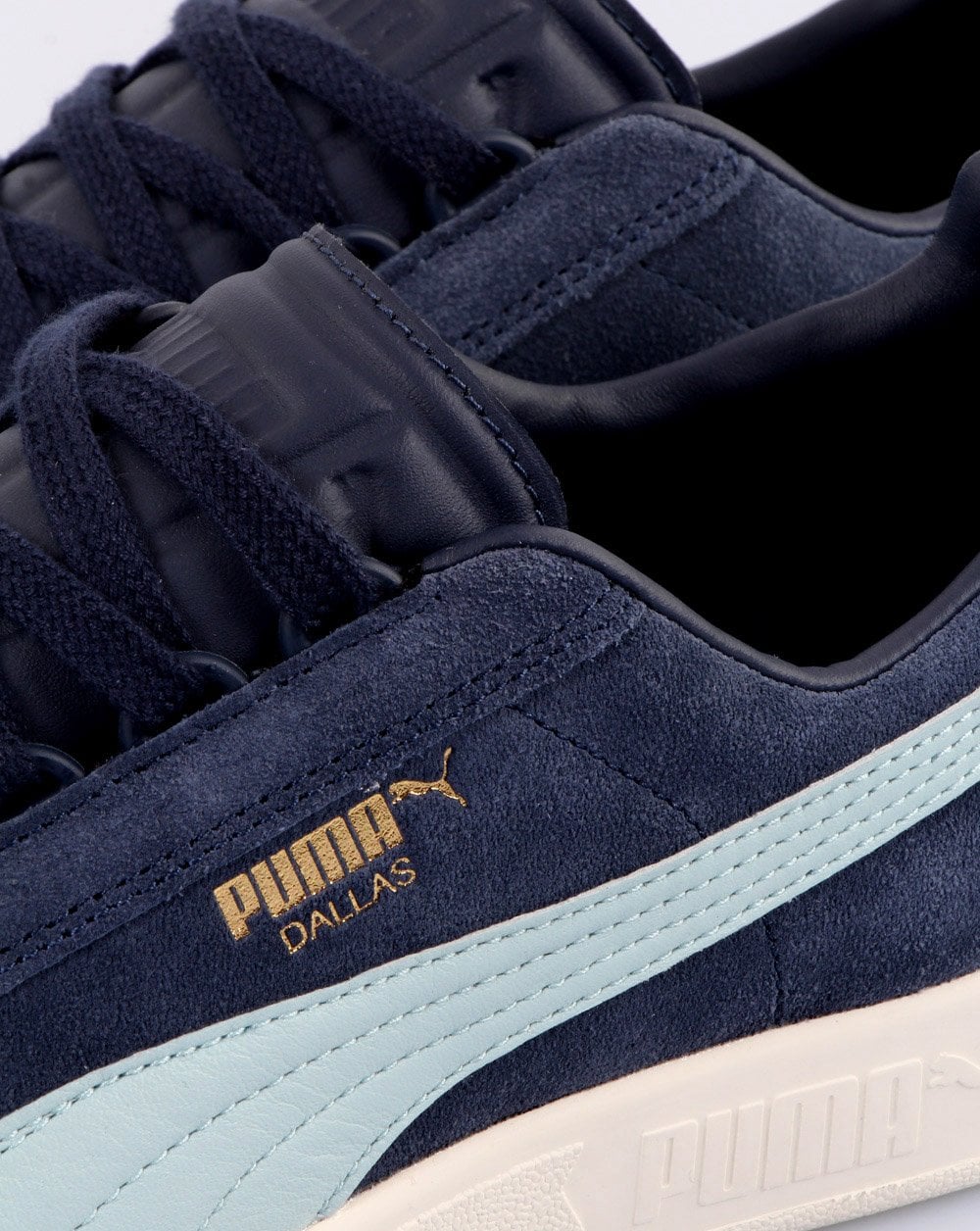 This time around we are treated to a navy/blue version of the classic 80s style with premium suede uppers and contrasting form stripe in baby blue. Other highlights include the original ‘D-ring’ lacing system which also featured on the likes of the adidas Trim Star & the adidas Monterey. The archive style is finished off with an all white midsole as well as PUMA Dallas branding in gold foiling to the sidewalls just like a stamp of casual approval. Shop the classic PUMA style now at 80s Casual Classics.