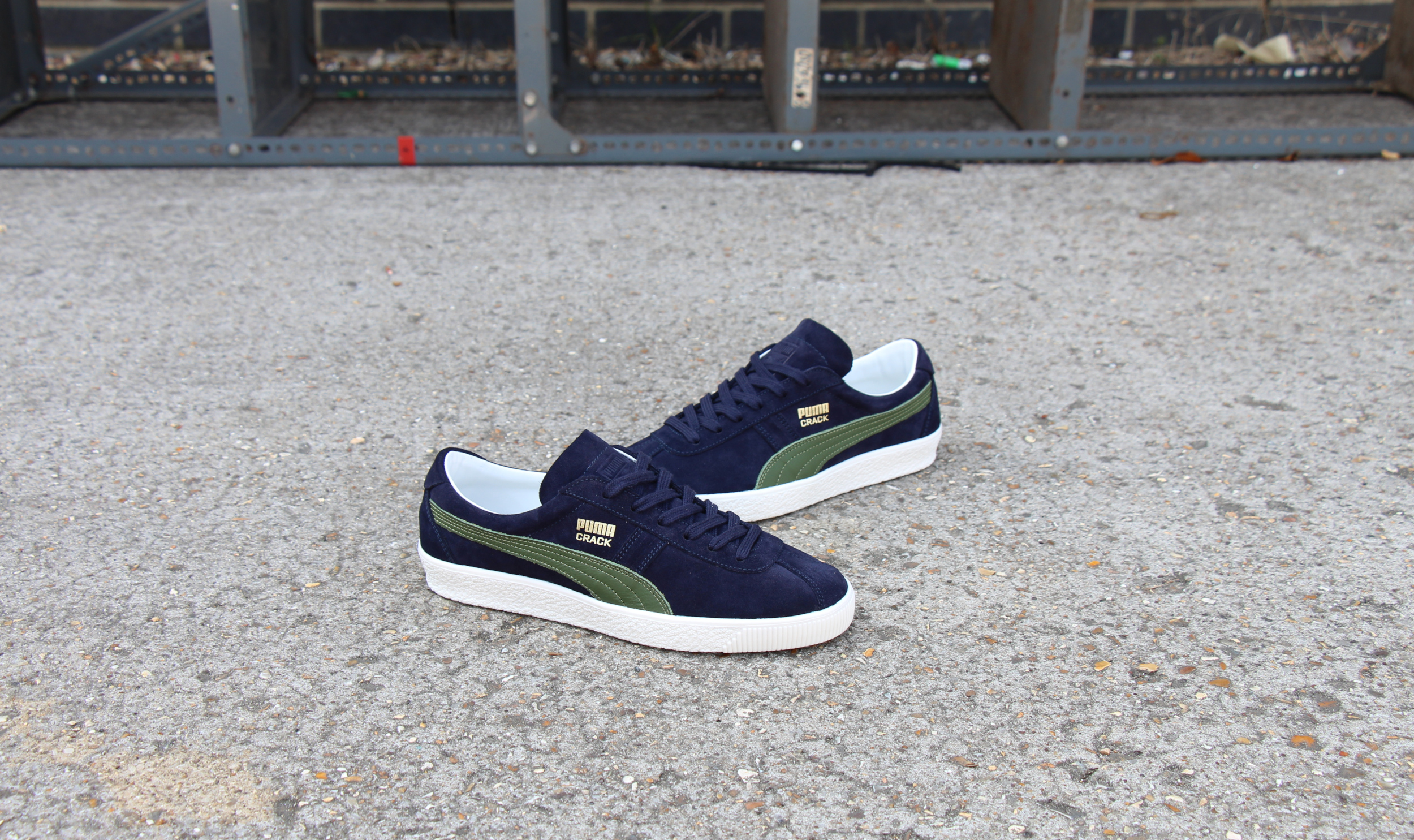 Sounding something like a free base version of the Clyde, the PUMA Crack trainer is just as important as any when it comes to retro PUMA styles.

When we talk about Rudolph Dassler designed OG suede trainer styles from PUMA its generally the Suede or the Clyde that steals all the attention. The PUMA Crack trainer is however just as important as any style when looking back at the heritage of the Herzogenaurach born sportswear brand over the last 50 or so years. After Adi Dassler (adidas) and Rudolf Dassler (PUMA) decided to go their separate ways at perfecting the perfect training shoe, PUMA’s grand moment came in 1968 after Tommie Smith famously wore a pair of Suedes at the Mexico City Olympics in 1968. Raising his fist in defiance as he stepped foot onto the winners podium and showing off his Suede’s to the entire world in the process. PUMA’s sub-cultural ‘street level’ appreciation had officially started with PUMA becoming the go to brand for B-Boyers all across the globe throughout the 70s and 80s. 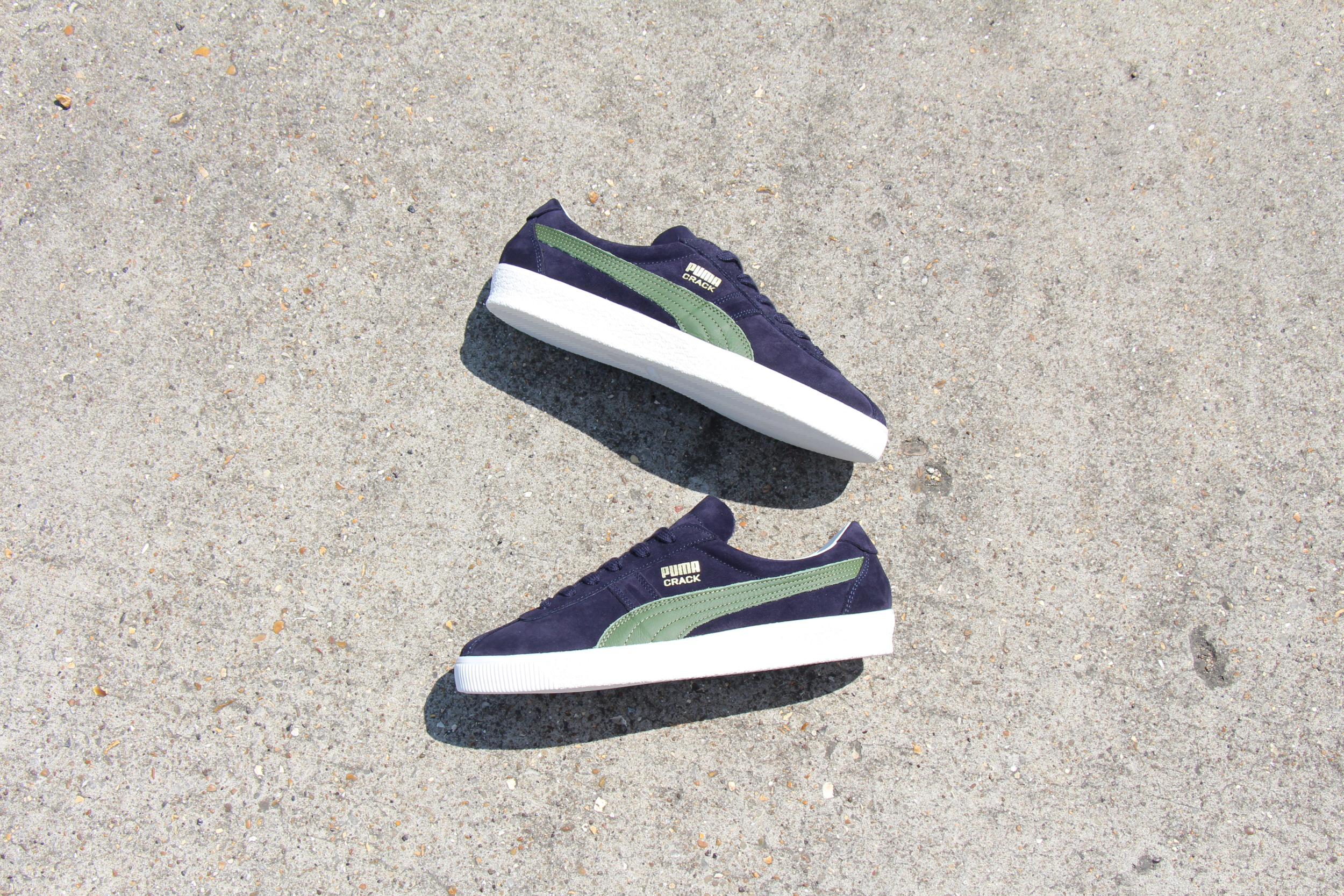 Above: The PUMA Crack trainer in navy/green now available from 80s Casual Classics.

The late 60s and early 70s is a key era when it comes to OG PUMA styles. The Suede, the Basket and the Clyde all came from this magical era which saw traditional court and running styles evolve into something so much bigger on the streets themselves. The PUMA Crack also came from this golden Puma era, a name which thankfully had nothing to do with the drugs epidemic that would plague the inner cities of the USA throughout the mid 1980s. The name Crack actually came from German slang, whereby ‘crack’ was used to describe someone who was very good at something, hence the sporting connection of the shoe. Also an original suede style that was first released in 1968, the PUMA Crack was originally designed as a running shoe and was manufactured in West Germany. The athletic shoe also saw some production come out of their Yugoslavian factory, a time before mass production moved east to places like Vietnam and Taiwan. Just like the original Suede that was released in the same year, the Crack was also about performance with suede uppers and featured additional support to the toe area. 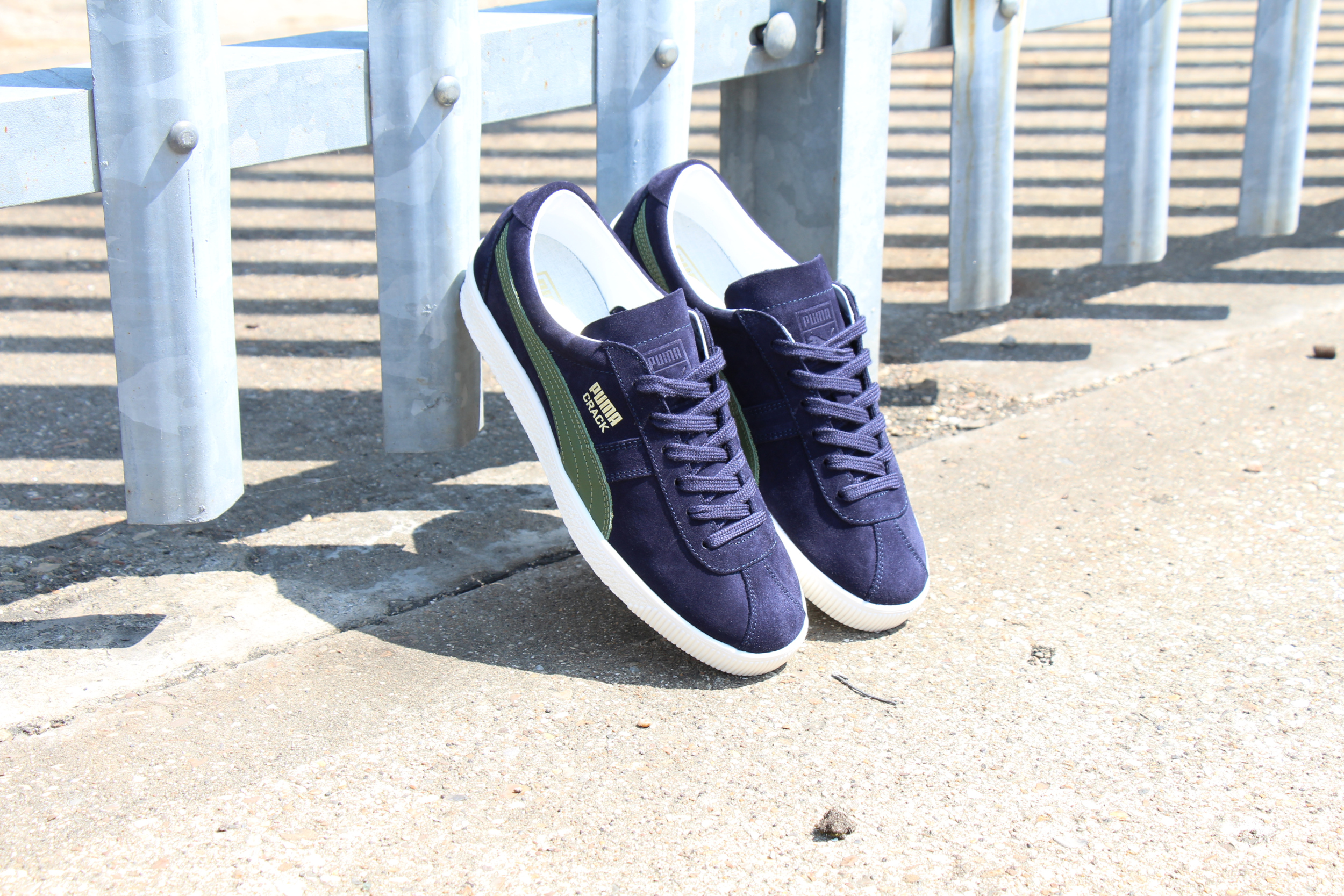 Above: The PUMA Crack trainer in navy/green now available from 80s Casual Classics.

Now introduced to 80s Casual Classics, the PUMA Crack trainer proudly sits alongside other classic retro styles such as the Clyde, the Suede and the Basket. The Crack is the perfect retro ‘tracksuit’ style trainer with an updated spin on the OG archive style from the late 1960s. Highlights include the original PUMA formstripes in green to each side and suede uppers in a deep navy colourway. An original Rudolph Dassler PUMA logo in gold foil is added to the heel, something which also appeared on the original Suede styles from the late 60s and early 70s. The classic suede style is finished off with a super grippy rubber outsole, a nod to the shoes original performance heritage as well as ‘PUMA Crack’ branding in gold foil to the outer sides. The PUMA Crack trainer is a super suede style that will make a great addition to any retro trainer collectors wardrobe.