X
This site uses cookies to provide and improve your shopping experience. If you want to benefit from this improved service, please opt-in.
More Info
Accept Cookies
80's Casual ClassicsGarmentsThe Return of The Mac: An 80s Casual Icon
Menu 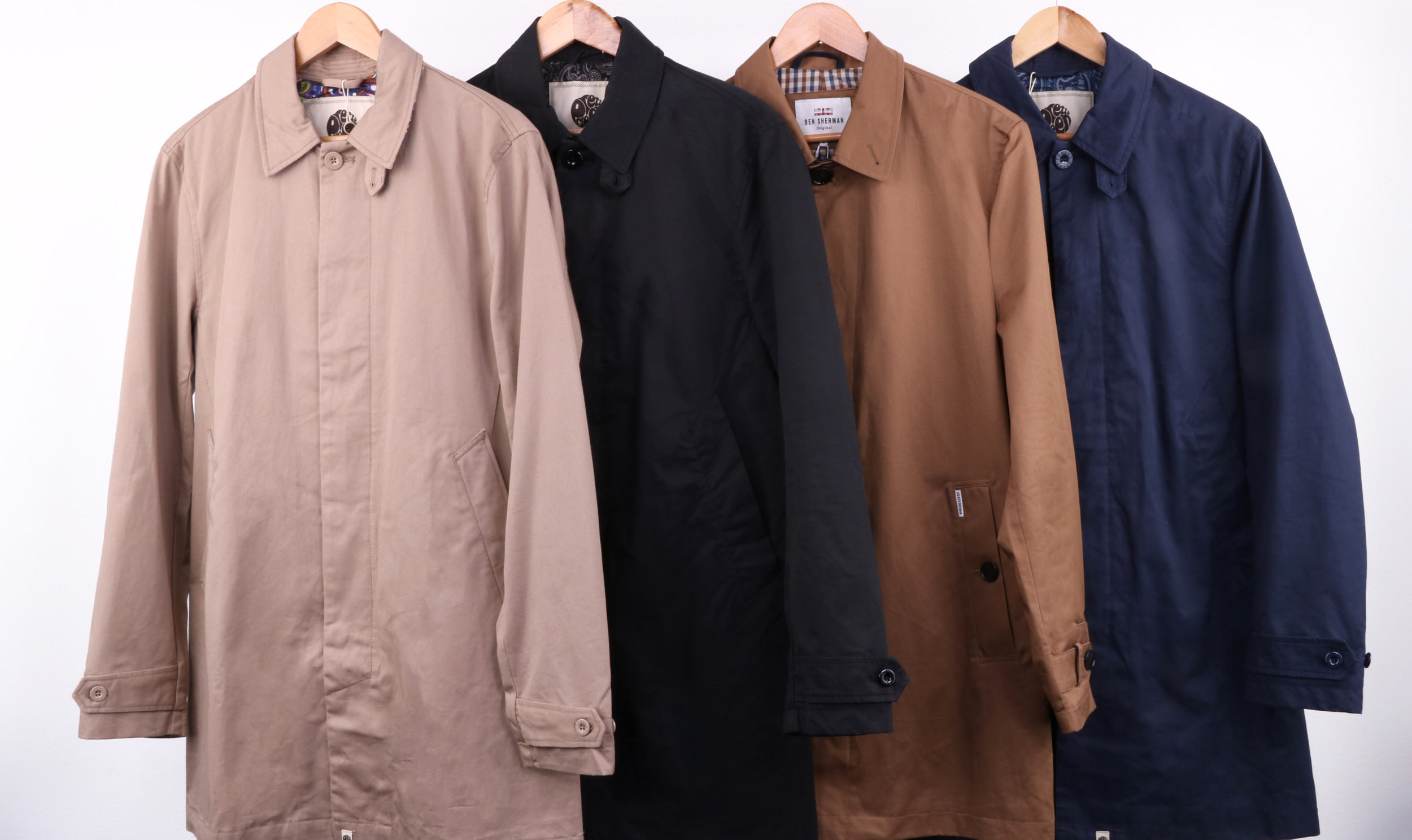 The Return of The Mac: An 80s Casual Icon

The mac started its life as part of military uniforms for soldiers, known more commonly as the trench coat. However, it was the 1980s when the mac really made its mark in places like Manhattan in New York with yuppie culture and filthy rich stock brokers spending their hard earned stock commissions on designer clothing. British brands like Burberry & Aquascutum became the go to brands for the 80s crowd, with brand heritage going back to the Victorian era and price tags only the cash rich could afford. The new yuppie culture had also made its way across the Atlantic to major cities like London in the UK. Although Thatcher’s austerity had seen some of the UK’s industries crippled to their bare bones, the city of London was absolutely booming. If you wanted to make money in the 80s in London, the City was where you headed. The mac became a sign of the elite, the rich and the city boys. It also looked great with a pair of Stan Smiths which is one of the reasons why it shifted into the casual subculture. In celebration of the iconic mac, we’ve now introduced updated styles like the Pretty Green Langley Mac to 80s Casual Classics.

Previously football hooligans had been traditionally from very working class backgrounds. They wore Dr. Martens boots, rolled up Levis, braces and had number 0 skin heads. There was nothing really elitist about the skin head stereotype from a fashion perspective. All this changed with the new casual culture of the 80s, for one you had to dress to impress, and you also needed the P’s to be able to afford the designer clothing. A labourers wages didn’t quite cut it any more. A Burberry mac for example wasn’t exactly cheap but a city boy on a decent stock broker wage could easily afford one. With one-upmanship reaching its peak in terrace fashion in the early 80s it’s no wonder the mac became a popular choice for the top boys of the terraces. 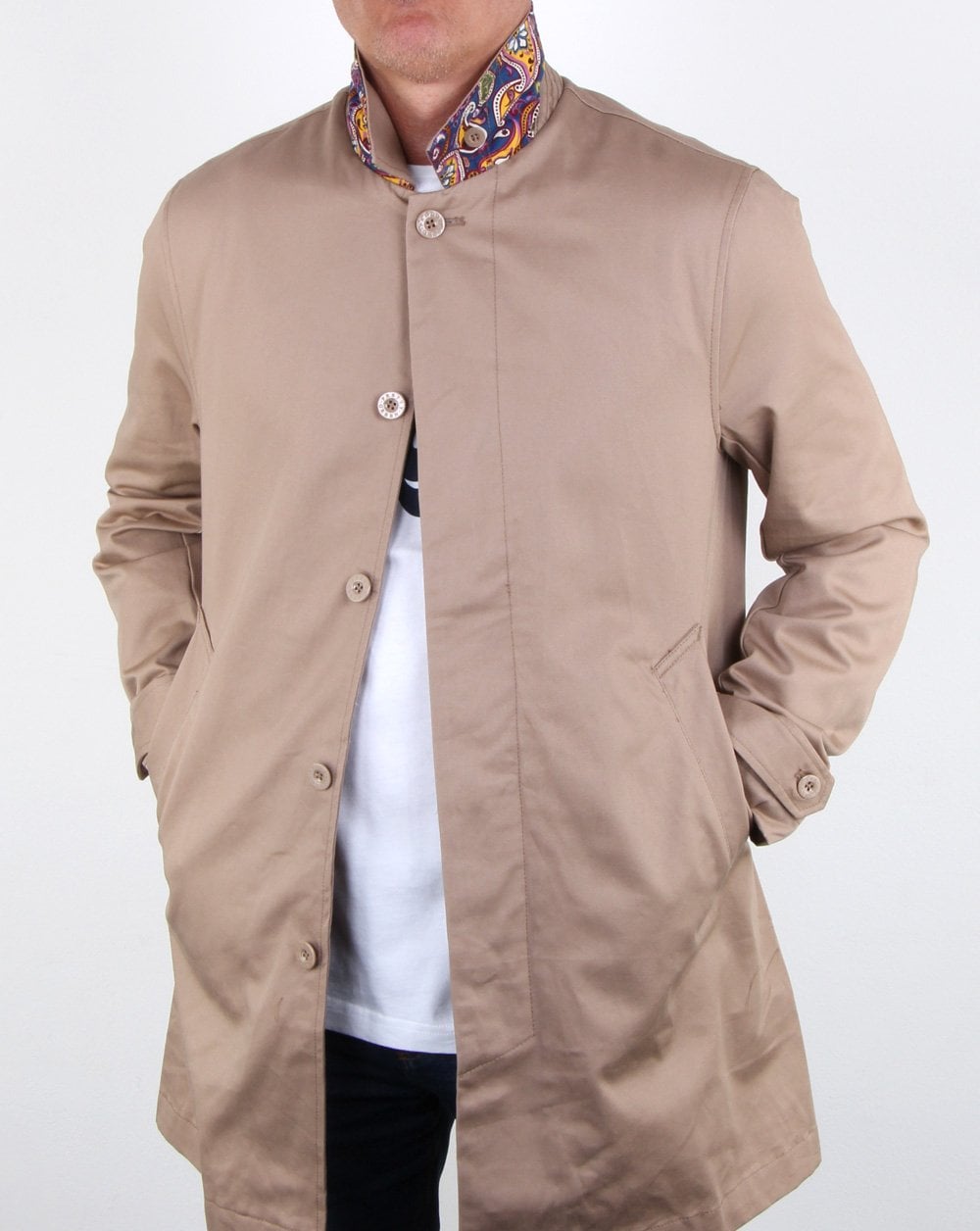 The mac still remains a key outerwear piece and just looks great with the top bottom done up and teamed up with a pair of jeans and trainers down the pub on match day. For the latest season we now have introduced updated styles from Liam Gallagher’s Pretty Green label with the Langley & Glendon Macs. Both styles add a touch of 60s psychedelica with the British brands’ famous paisley print to the turn up collar and lining. Other features include a lightweight cotton fabric, a contemporary slimmer fit and a buttoned throat latch for extra warmth for the colder months. We’ve also got the classic military trench style available from other heritage British brands like Ben Sherman with the Ben Mac which is available in a stand out tan colourway. 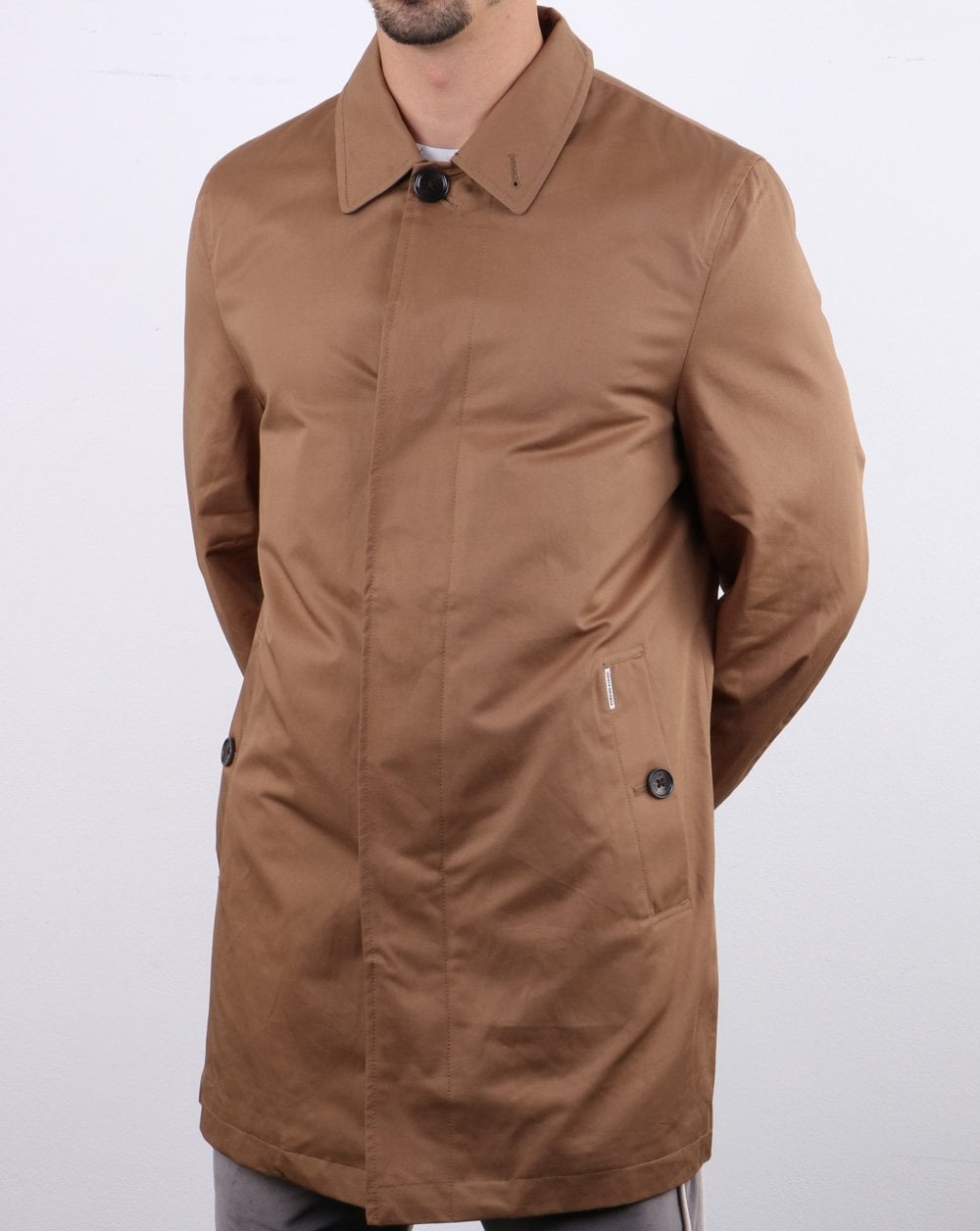