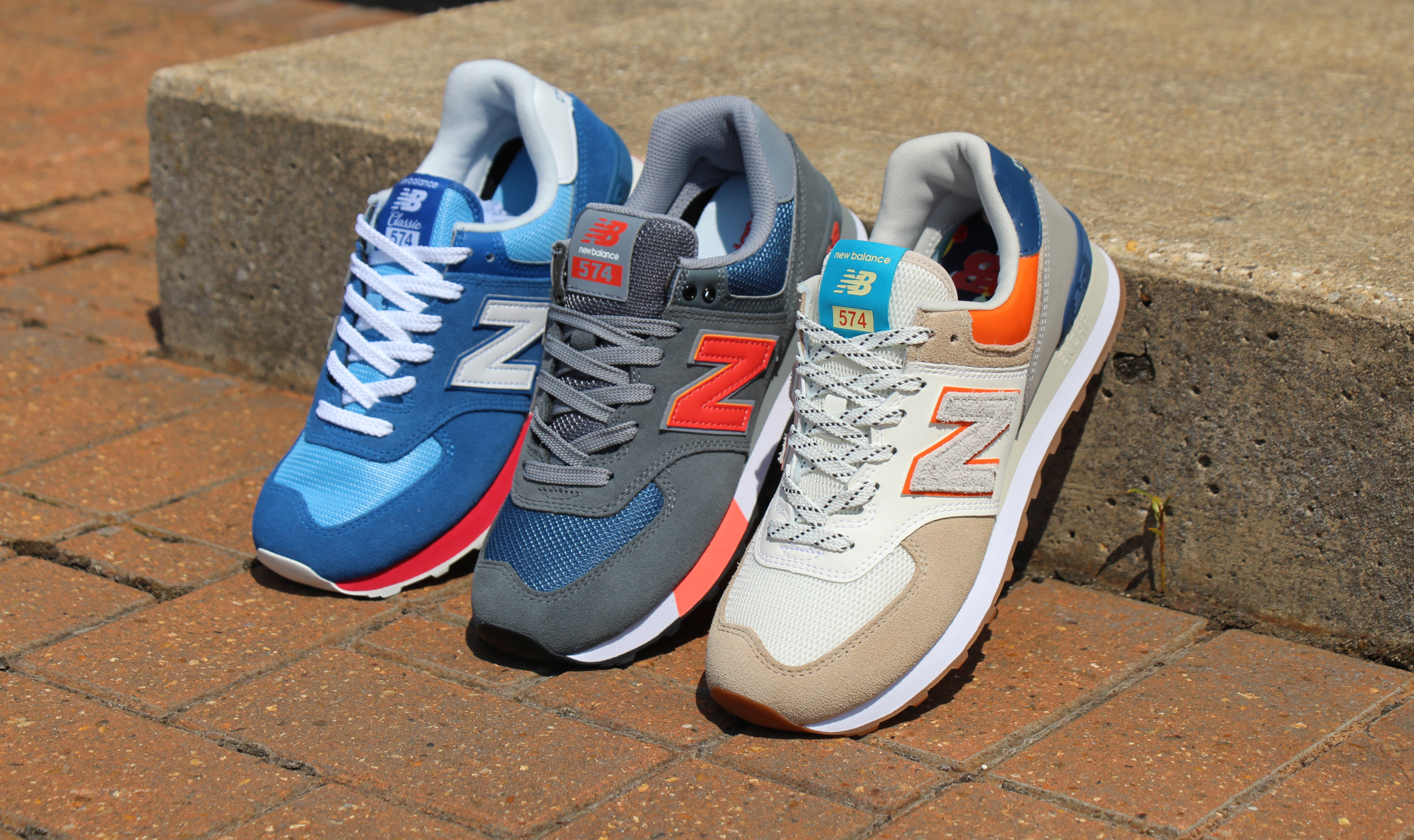 The New Balance 574 Returns In Some Vibrant Colourways

An outersole that stops at nothing! The iconic 574 trainer makes a return to 80s Casual Classics in some updated colourways.

From the 99x series to numerous other running styles beginning with everything from 4,6,1 & 5 it can be difficult for the New Balance trainer novice to know what is really what when it comes to the NB archive silhouettes. As with any other trainer its personal style preference that usually gets the wearers confidence and approval but with so many different styles available it can still be difficult, especially with New Balance and the sheer variety of runners available. If you had to pick a handful of classic NB styles that all trainer fans should know about it would be something like the 1500, the 577, the 990V4, the 420 and without a doubt the New Balance 574. The 574 is perhaps one of the most recognisable styles of them all. A shoe which earned its stripes back in the 1980s when running trainers started to be worn for everyday use and consumers were looking for that extra mile when it came to all day comfort and style. 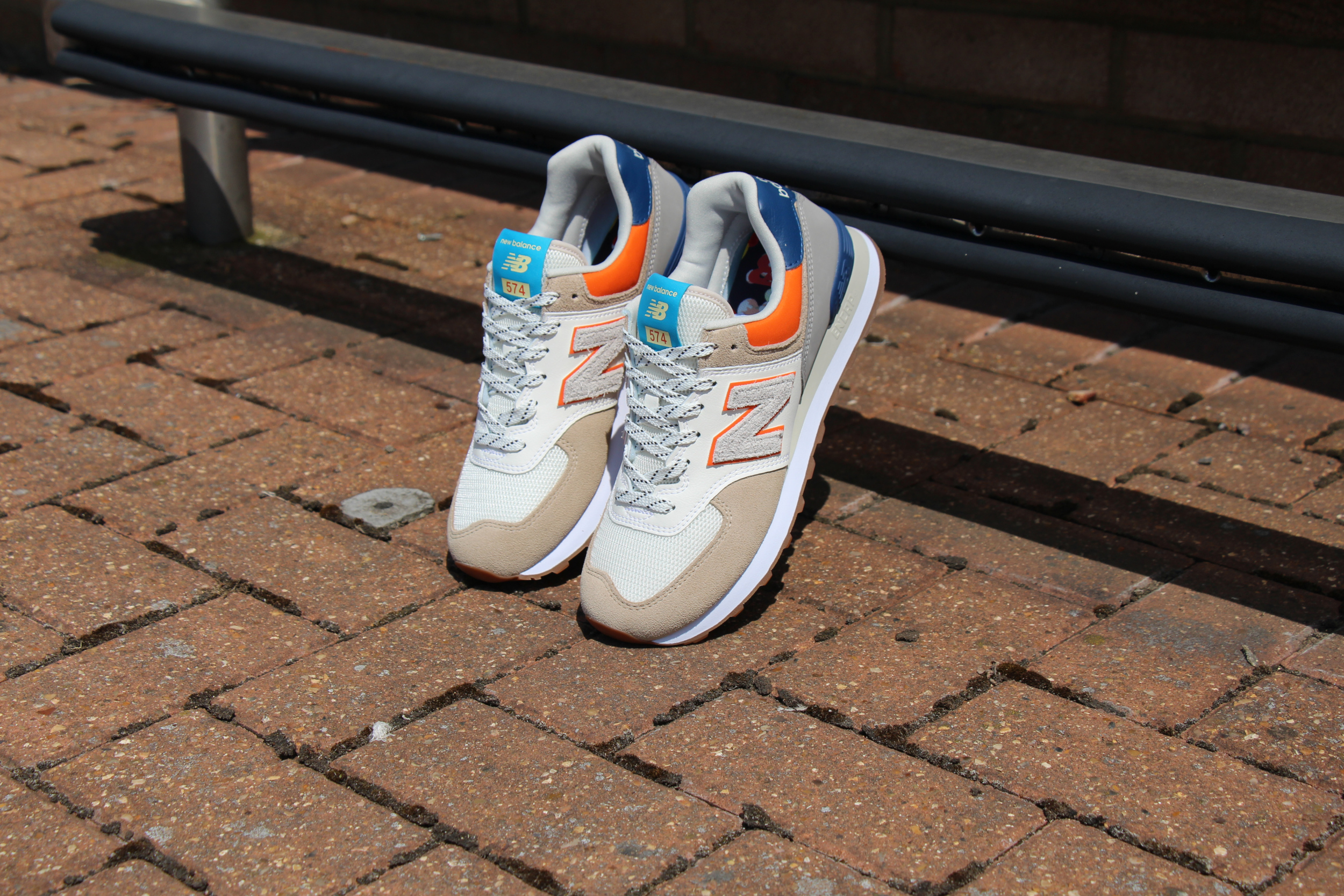 First introduced in 1988 the New Balance 574 was preceded by other notable NB silhouettes such as the 620, the 420 and the 670 with the brand already cementing its dominance in the world of road running, the fitness revolution and of course Yuppie culture. The 575 and the 576 also came before the 574 with the design of the 574 merging the best bits from the earlier 5 series designs into an updated hybrid model. Its popularity wasn’t because the shoe was mass marketed with expensive celebrity endorsement, the 547 really marketed itself with very little effort. Respected for its all terrain function and affordable price point the 574 also featured NB’s state of the art ENCAP midsole technology, something which still remains as a key feature of their trainers today. In terms of trainer technology at the time it did exactly what it said it would. 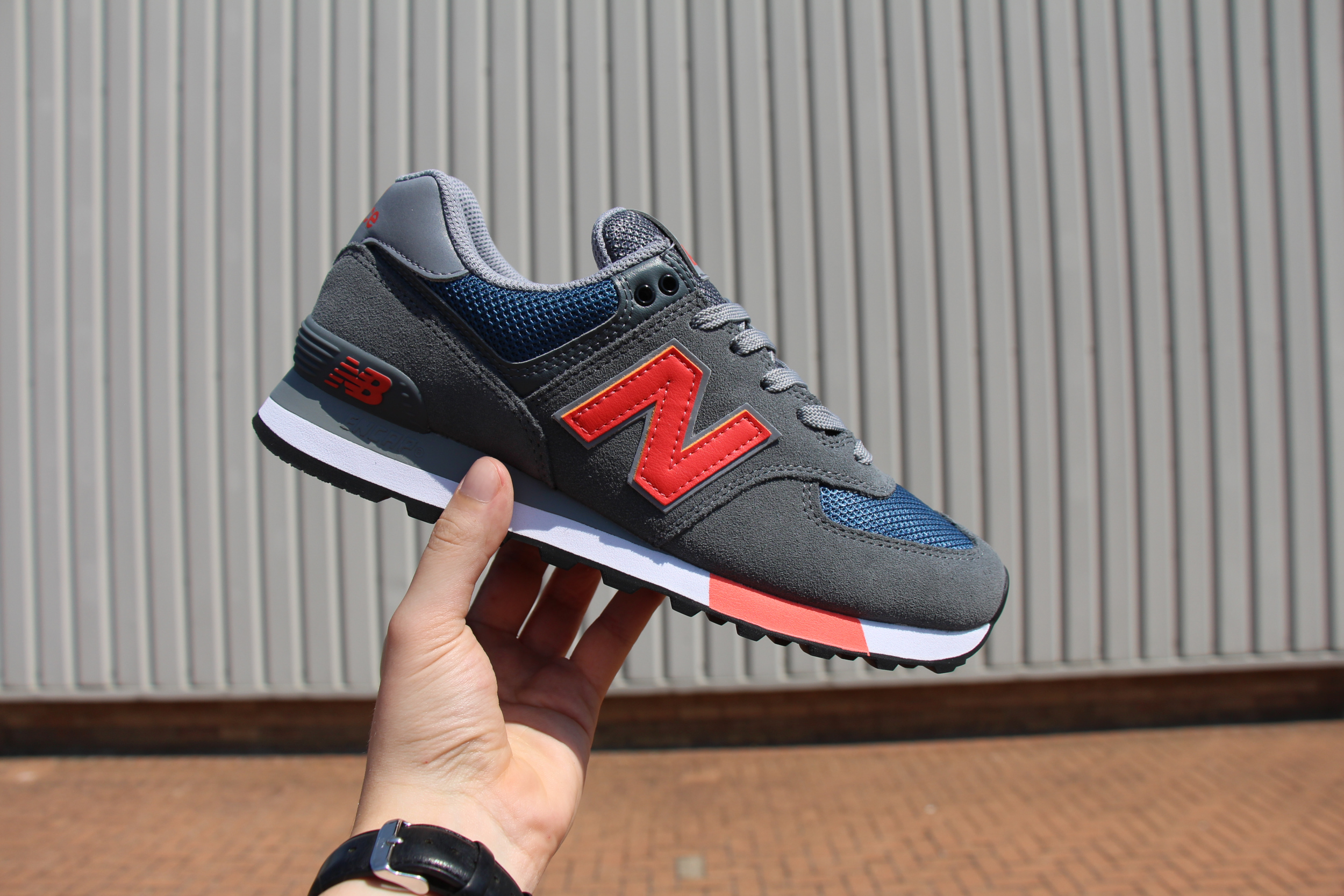 Above: The New Balance 574 trainer in grey/orange available now from 80s Casual Classics.

If you’re still confused about which New Balance style to go for or you’re looking to start your very own collection of classic New Balance runners the 574 is a good place to start. After numerous re-releases, collaborations and variation drops, the New Balance 574 is still regarded as one of the most popular NB styles of all time. Now introduced to 80s Casual Classics the New Balance 574 returns in a trio of vibrant colourways to add some well needed hues to your retro trainer collection. The updated  classic runner features a mixture of premium suede and mesh uppers alongside their celebrated ENCAP sole technology with its core of soft cushioning EVA to the midsole for the ultimate in comfort and support. The trainer is finished off with the famous ‘N’ logo to each side alongside 547 branding to the tongue tab and the famous ‘all terrain’ grippy outsole. Above: The New Balance 574 trainer in blue/white available now from 80s Casual Classics.