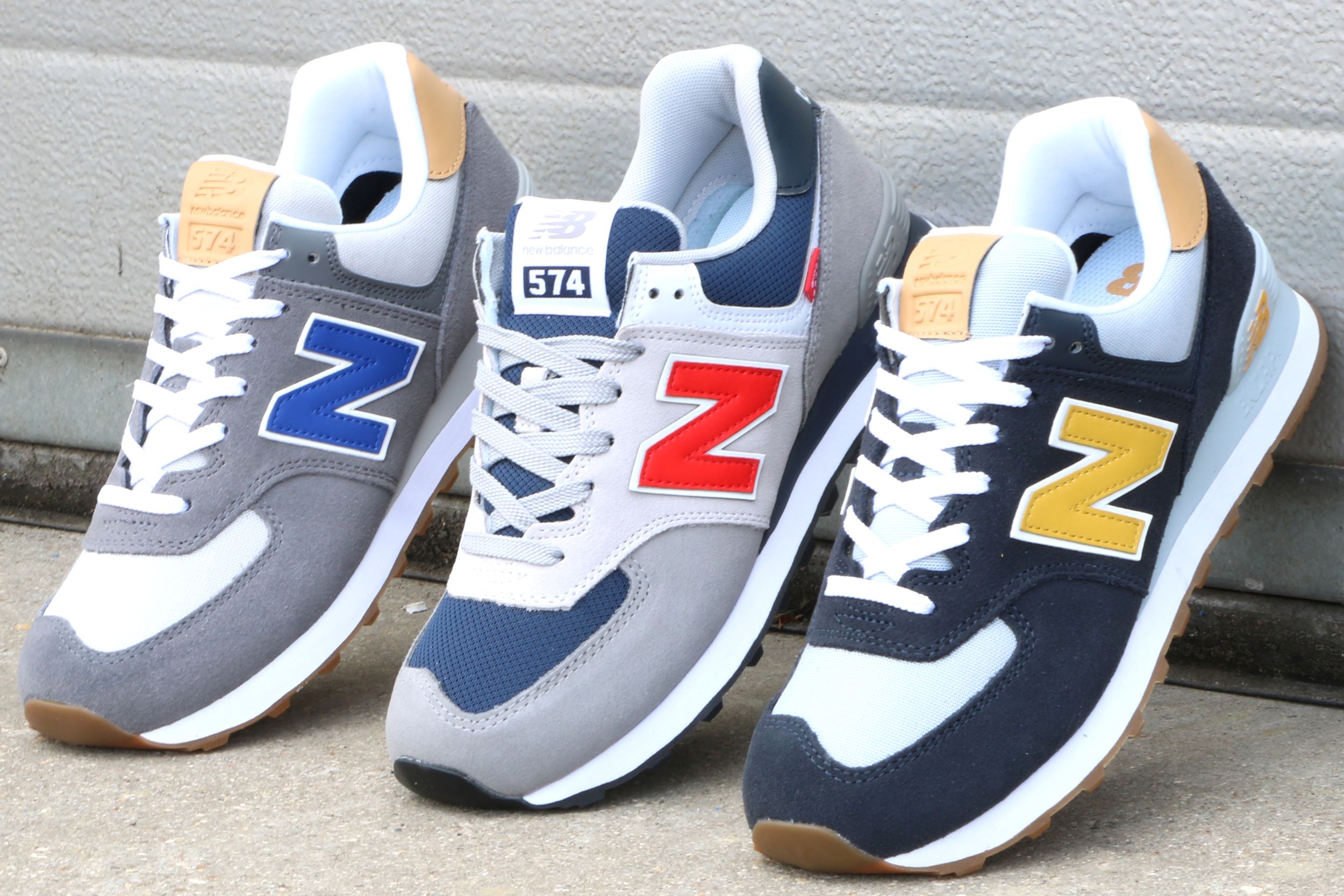 The 1980s was where the magic really started to happen for the Boston born brand & the New Balance 574 trainer played a massive part in it.

In 1980 New Balance first introduced the 620, in 1982 it was the 420, 1984 the 670 & 1985 the 1300. As far as running trainers goes it all kicked off in the 1980s, from a footwear design perspective it was now or ever. Towards the end of the 1980s trainer technology had advanced at lightyear speeds from the humble beginnings of performance footwear from the 1960s. It was all about who could create the greatest sole technology and the big sportswear brands’ went all in. Nike gave us the Air Max in 1987, adidas gave us Torsion technology in 1988 with the ZX 8000 & New Balance gave us ENCAP which appeared on numerous models towards the end of 1980s. 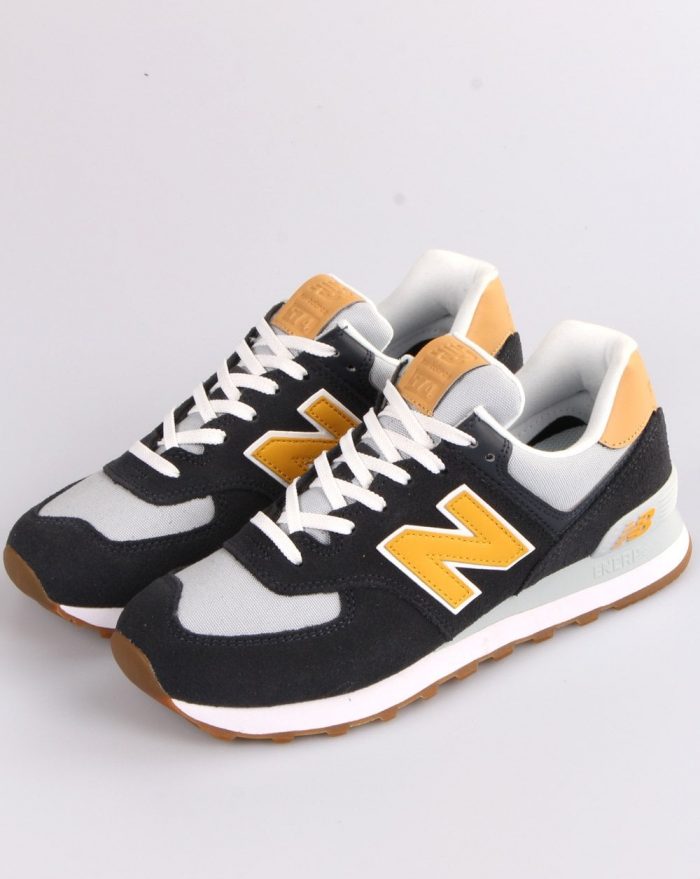 Above: The New Balance 574 trainer in navy/grey now available from 80s Casual Classics.

As people looked forward to a new decade it was all about change. 1988 marked a new era not just for trainers but also for music & culture. S-Express released ‘Theme From S’Express’, unemployment was starting to go down and there was a new sense of optimism on the horizon. 1988 also happened to be the year that New Balance introduced the 574, one of their most iconic running styles to date. 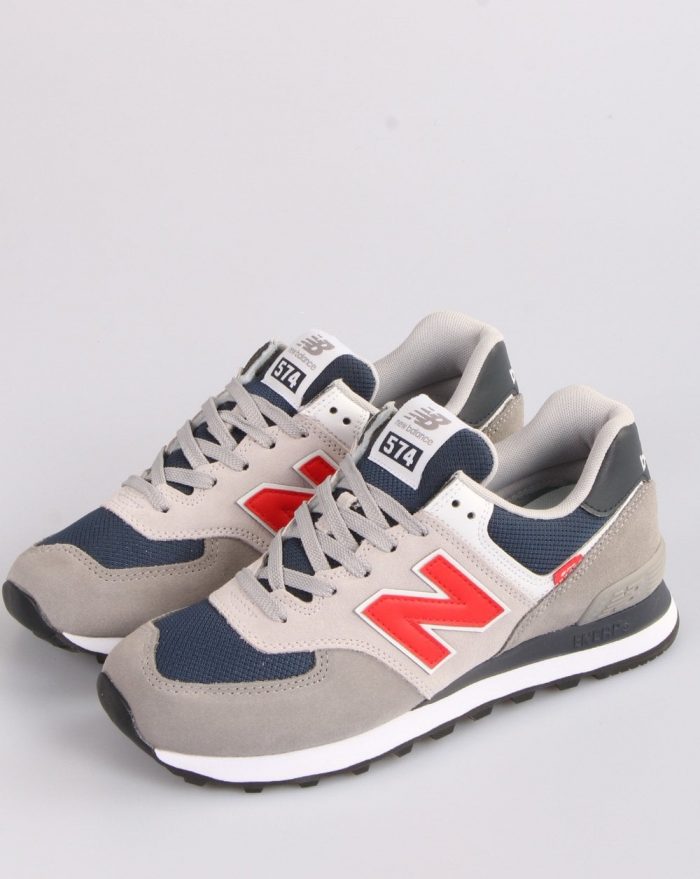 Above: The New Balance 574 trainer in grey/red now available from 80s Casual Classics.

Continuing the running legacy of the 575 & the 576, the New Balance 574 utilised the best bits from both designs. Merged together into an updated hybrid design the 574 was an instant hit with runners all over the world. The shoe could be used on a range of different terrains and like a lot of New Balance releases at the time there was no need for fancy marketing gimmicks. The 574 simply did what it said on the tin. 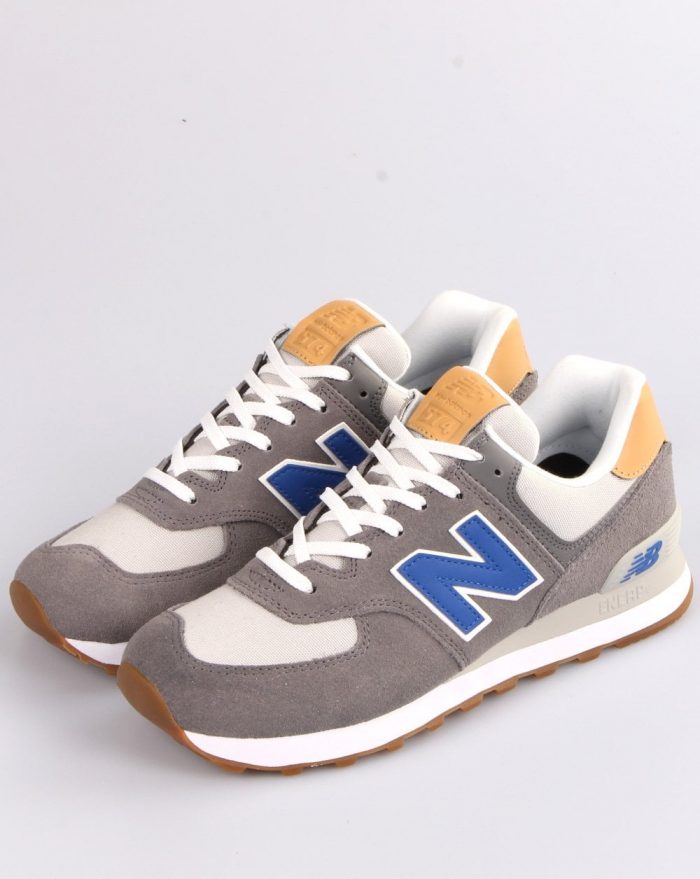 Above: The New Balance 574 trainer in grey/royal now available from 80s Casual Classics.

The classic 80s runner now arrives at 80s Casual Classics in a selection of fresh new colourways.  Featuring a combination of premium suede and breathable mesh uppers, the 574 boasts the usual superior craftsmanship we have grown to expect from the Boston born brand. Other features include the iconic ‘N’ branding which is embroidered to the sidewalls as well as the iconic ENCAP cushioning. Combining lightweight foam with a a durable polyurethane rim, ENCAP guarantees superior comfort underfoot. Finally the grippy rubber outsole gives a nod to NB’s trail running heritage. Shop the retro runner now at 80s Casual Classics in a selection of colourways.