X
This site uses cookies to provide and improve your shopping experience. If you want to benefit from this improved service, please opt-in. Cookies Page.
Accept Cookies
80's Casual ClassicsGarmentsEverything You Need To Know About the Napapijri Rainforest Jacket
Menu 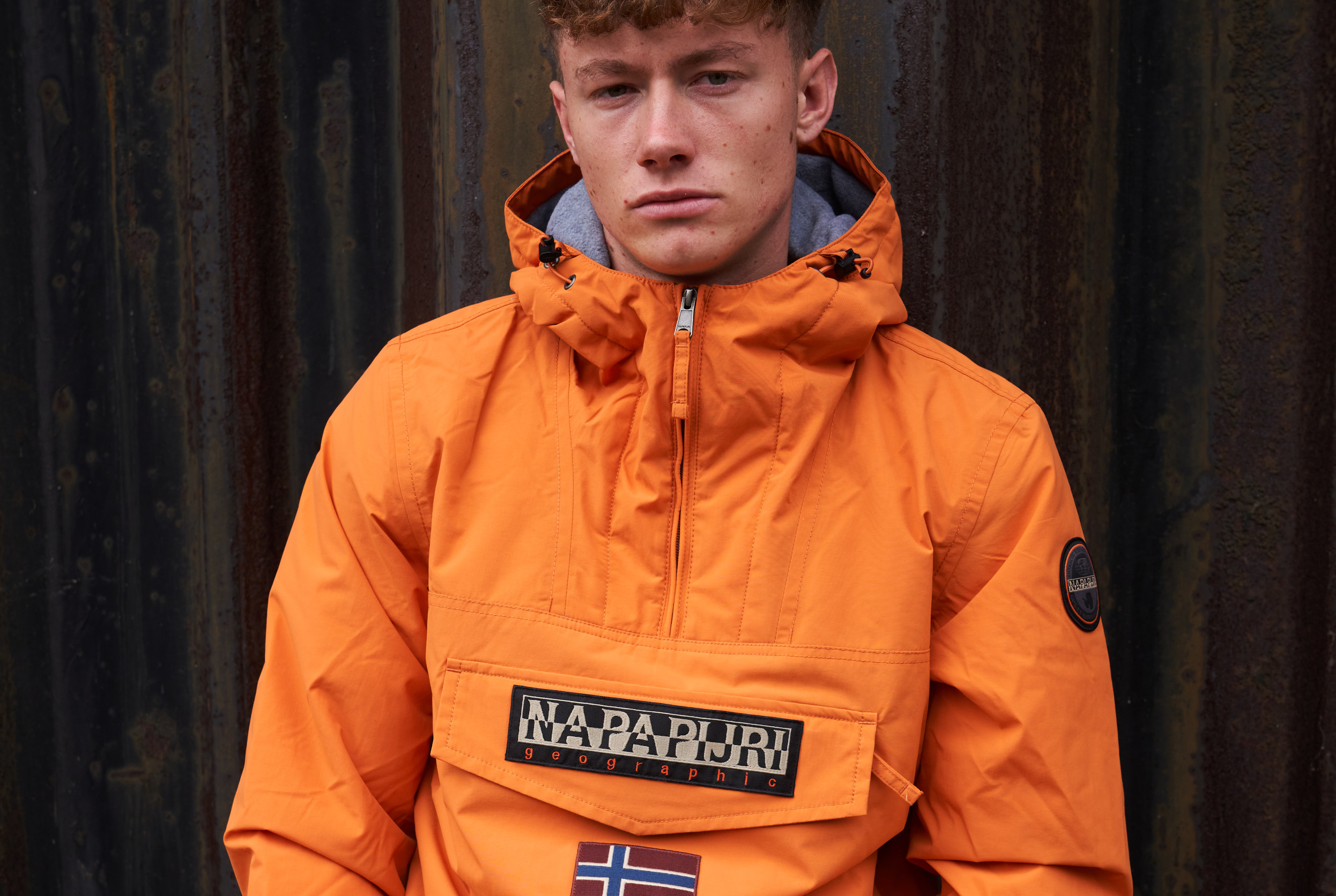 Everything You Need To Know About the Napapijri Rainforest Jacket

Since it first came on the outdoors scene back in the late 1980s the Italian brand Napapijri has grown its affiliation with everyone from AFC Ajax Ultras to Arctic explorers. Sounding more like a small village in Sweden somewhere, with its famous Norwegian flag logo its sometime quite easy to mistake the brand as a Scandinavian one. However, its heritage is firmly nestled in the foothills of Mount Blanc & the Aosta Valley in Northern Italy. Founded in 1987 by Giuliana Rosset who purchased Green Sport Monte Bianco S.p.A., a small firm of artisans from Turin that made backpacks, Napapijri first produced waxed canvas duffle bags and durable backpacks for travellers. Moving into the early 90s the Italian brand introduced their legendary Skidoo jacket which would become one of the brands’ signature styles. Designed for avid explorers & extreme temperatures the Skidoo became an instant hit with snowboarders & the street style driven silhouettes of the slopes. Available in a selection of vibrant colourways the Skidoo would also pave the way for other outerwear icons like the Napapijri Rainforest jacket which now arrives at 80s Casual Classics. 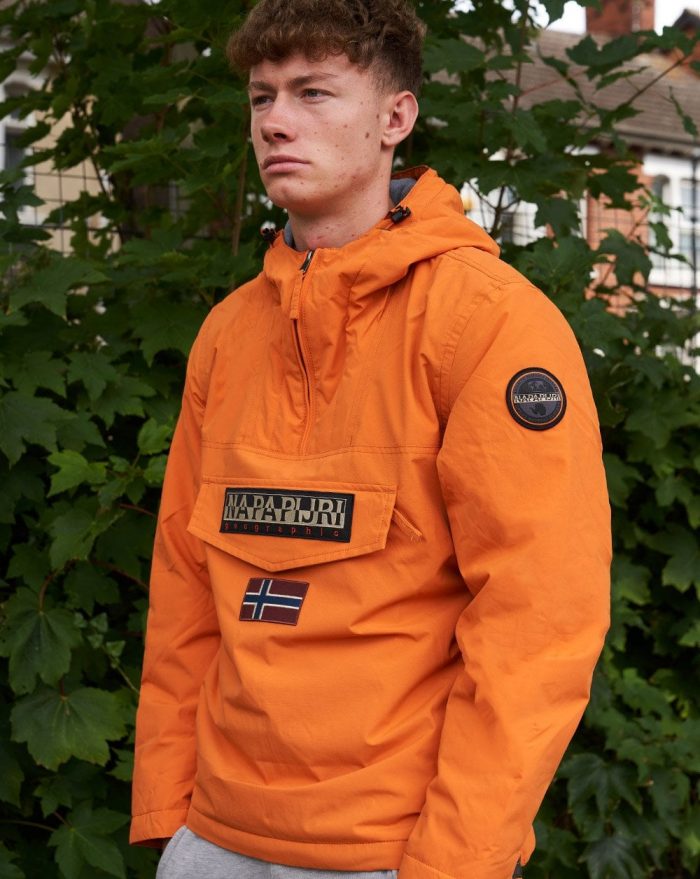 Following on from the launch of the Skidoo jacket in 1990, Napapijri first unveiled the Rainforest Jacket 5 years later in 1995. Similar in appearance to the Skidoo the Rainforest jacket featured the iconic kangaroo pocket to the front and the famous overhead smock silhouette. With a combination of vibrant colourways, Scandinavian design & Italian styling, the Rainforest jacket has become a staple among football terraces all over Europe. Alongside its technical qualities, the concept of matching colourways of outerwear with trainers has also played a key role in the success of the iconic jacket within the Casual subculture. With subtle technical updates from season to season the Rainforest jacket looks just as good today as it did back in the mid 90s and is a must have bit of kit to add to your outerwear collection. 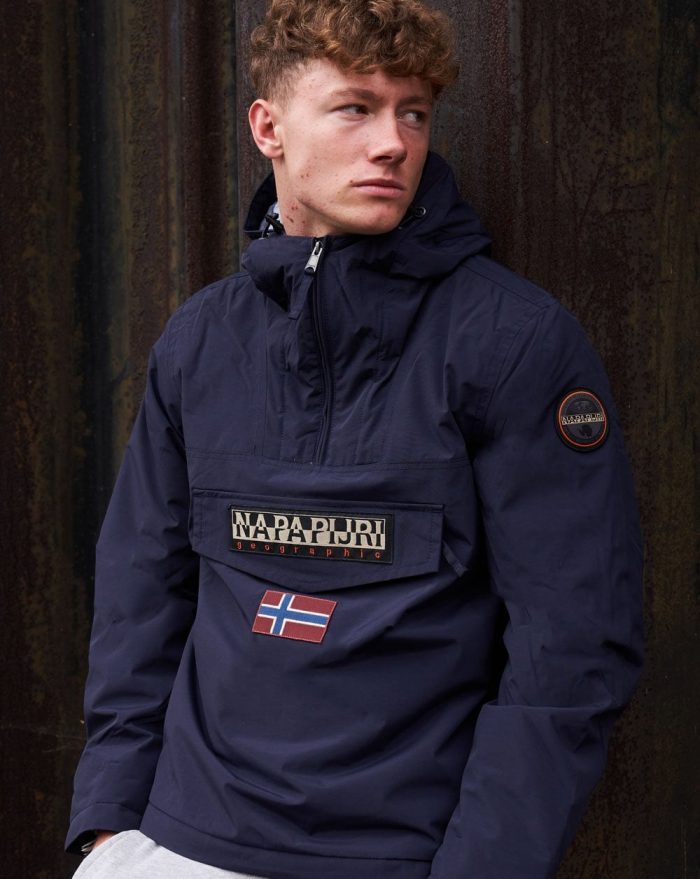 The colourful Italian anorak now gets the cold weather treatment with an updated Winter version. Featuring a range of features and functions, the Rainforest Winter jacket packs a mid 90s punch with high quality technical features likes its advanced hood regulation, taped seams & recycled down-free passing. Giving a nod to the brands’ admiration for Norway and its climate, the Rainforest boasts a water a resistant fabric with side zip fastenings, elasticated trims & of course the signature Kangaroo pocket to the front. Finished off with the iconic Norwegian flag logo to the front pocket, the Rainforest jacket is just about as good as it gets when it comes to a foul weather ready overhead anorak. Available in a vibrant orange colourway you’re sure to stand out from the crowd with this timeless casual style. Shop the latest arrivals from Napapijri now from 80s Casual Classics via the links.