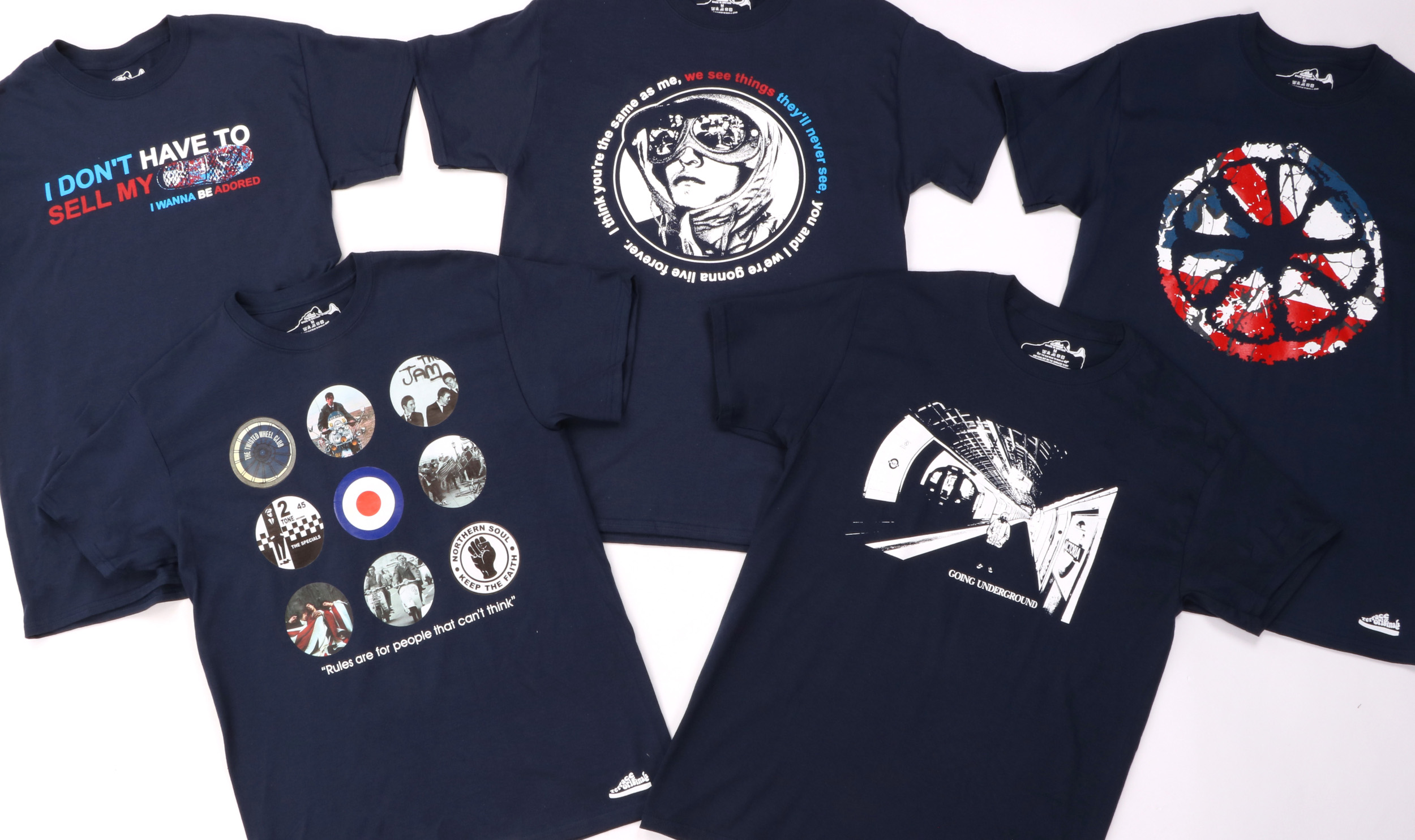 We’ve now introduced a selection of music & casual culture t-shirts with references to classic songs from the Jam, The Stone Roses & Oasis.

It would be almost impossible to imagine the casual subculture without the music connection. Different genres of music and a certain style of dress code have always been the fundamentals of any subculture from the Teddy Boys to the Rude Boys. Songs like ‘Going Underground’ from the Jam became an instant hit with the original Casuals as they ventured into the never ending tunnels of London’s Tube network in the late 70s wearing an array of colourful sportswear and Argyle v-neck sweaters. These songs have become timeless. With a massive casual appreciation, it’s still classic tracks from The Jam, The Stone Roses & Oasis that will always be blaring out of the jukebox on match-days come rain or shine. Our latest selection of music & casual culture t-shirts feature a variety of references to classic casual tracks, Britpop, Madchester, the Mods & Northern Soul. 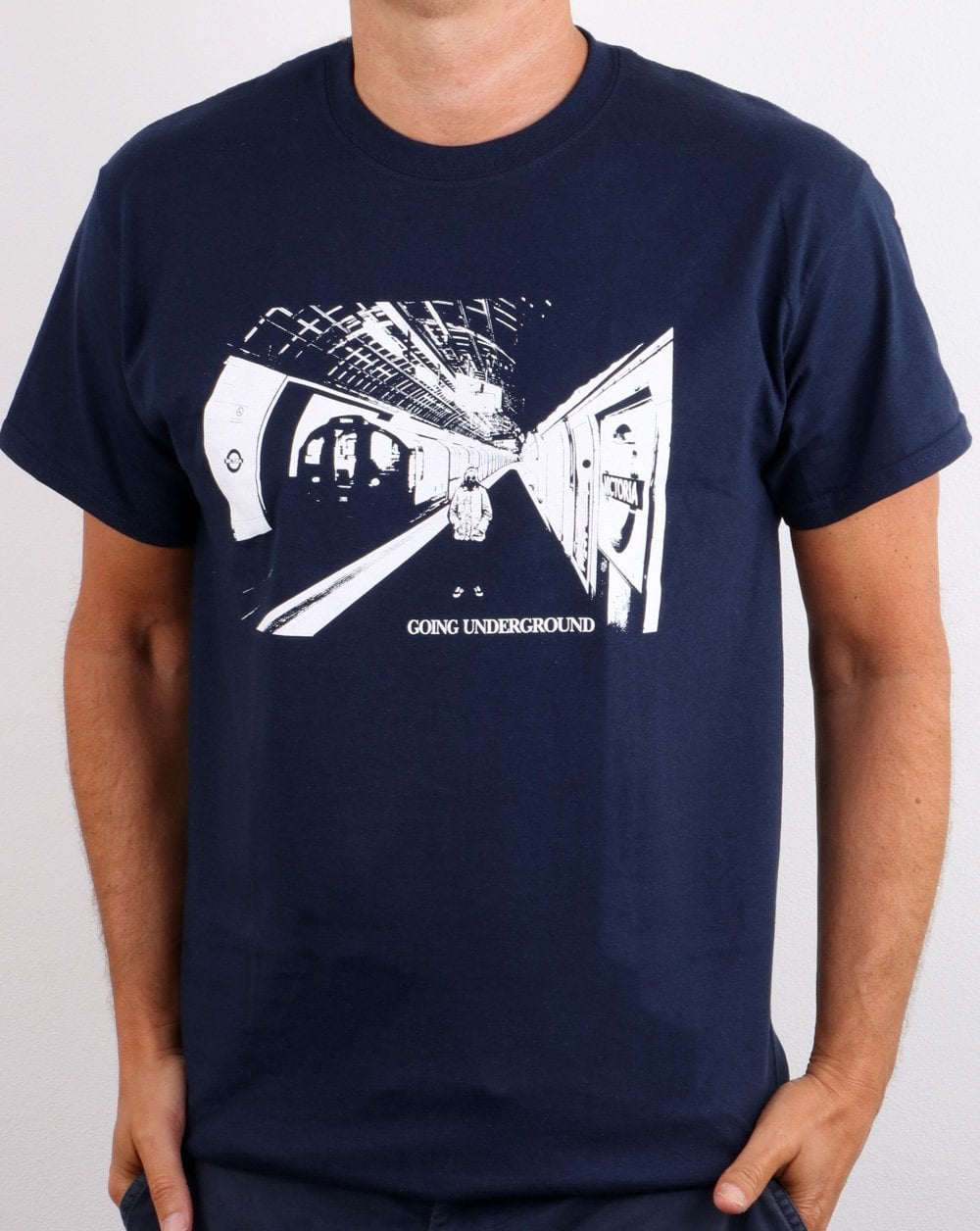 Above: The Going Underground t-shirt in navy now available from 80s Casual Classics.

New music & casual culture t-shirt styles include the Going Underground t-shirt which draws inspiration from the classic Mod revival track from The Jam which was released in 1979. The track started the next generation of mod appreciation with Paul Weller flying the flag for the British scene. The design features a casually clad man waiting on the platform at London’s Victoria underground station wearing the iconic Mille Miglia jacket from C.P. Company and a pair of adidas trainers. 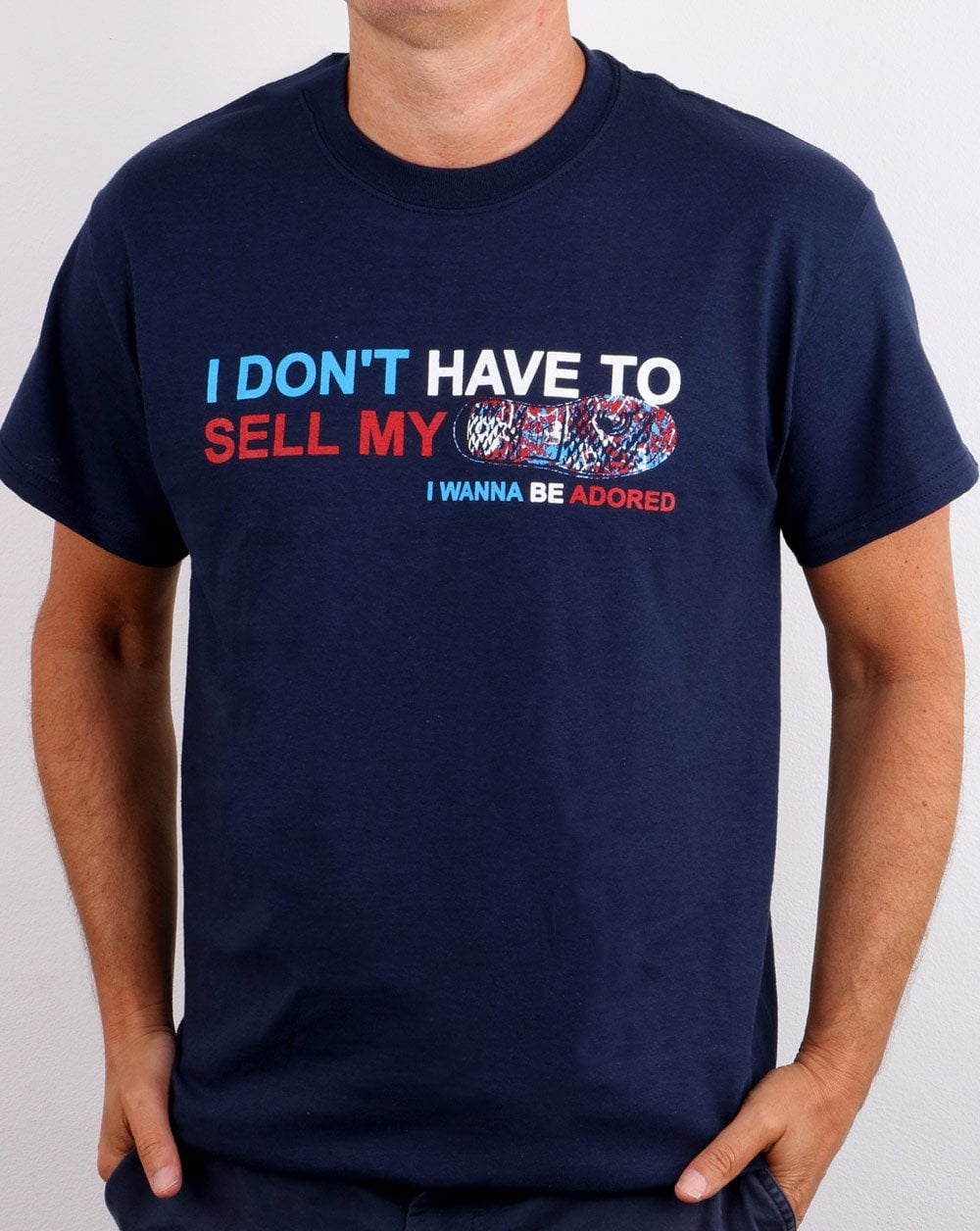 Above: The Sell My Soul t-shirt in navy now available from 80s Casual Classics.

The Sell My Sole t-shirt references the legendary lines from ‘I Wanna Be Adored’ from The Stone Roses which was released in 1989. Putting a casual trainer spin on the lyrics, the graphics switch up soul, for the sole of a trainer which is covered in the band’s iconic paint splatter artwork from Jackson Pollock. 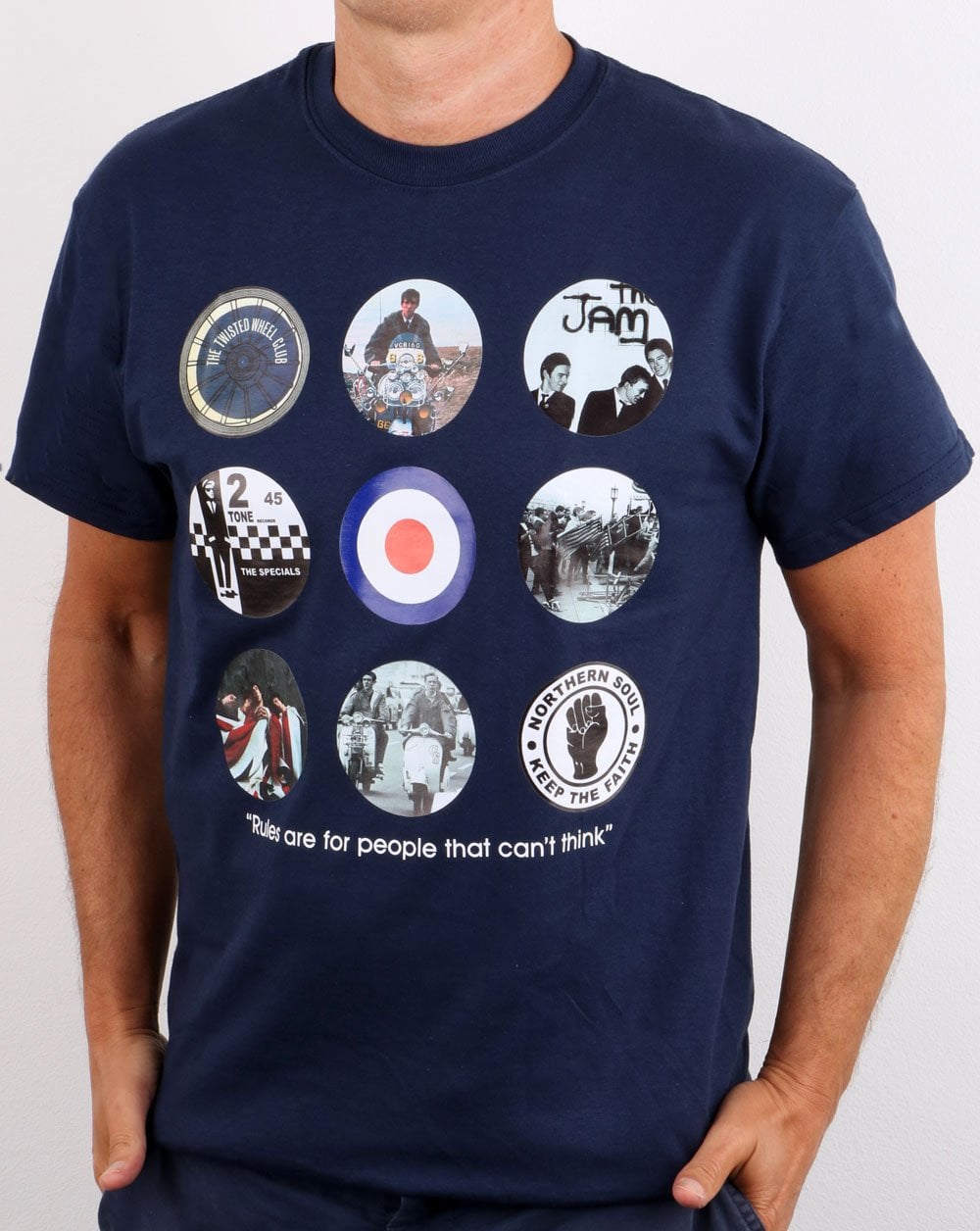 Above: The Rules Are For People t-shirt in navy now available from 80s Casual Classics.

Other new additions include the Rules Are For People t-shirt which features a variety of mod, mod revival, 2 tone and Northern Soul influenced graphics from The Jam, The Specials & Quadrophenia to name a few. Other styles include casual graphic references to the breakthrough track, Live Forever, from Oasis from 1994 & more Jackson Pollock inspired Stone Roses designs. Our casual culture tees are great for match days, a casual trip to the pub or just simply part of your summer wardrobe! 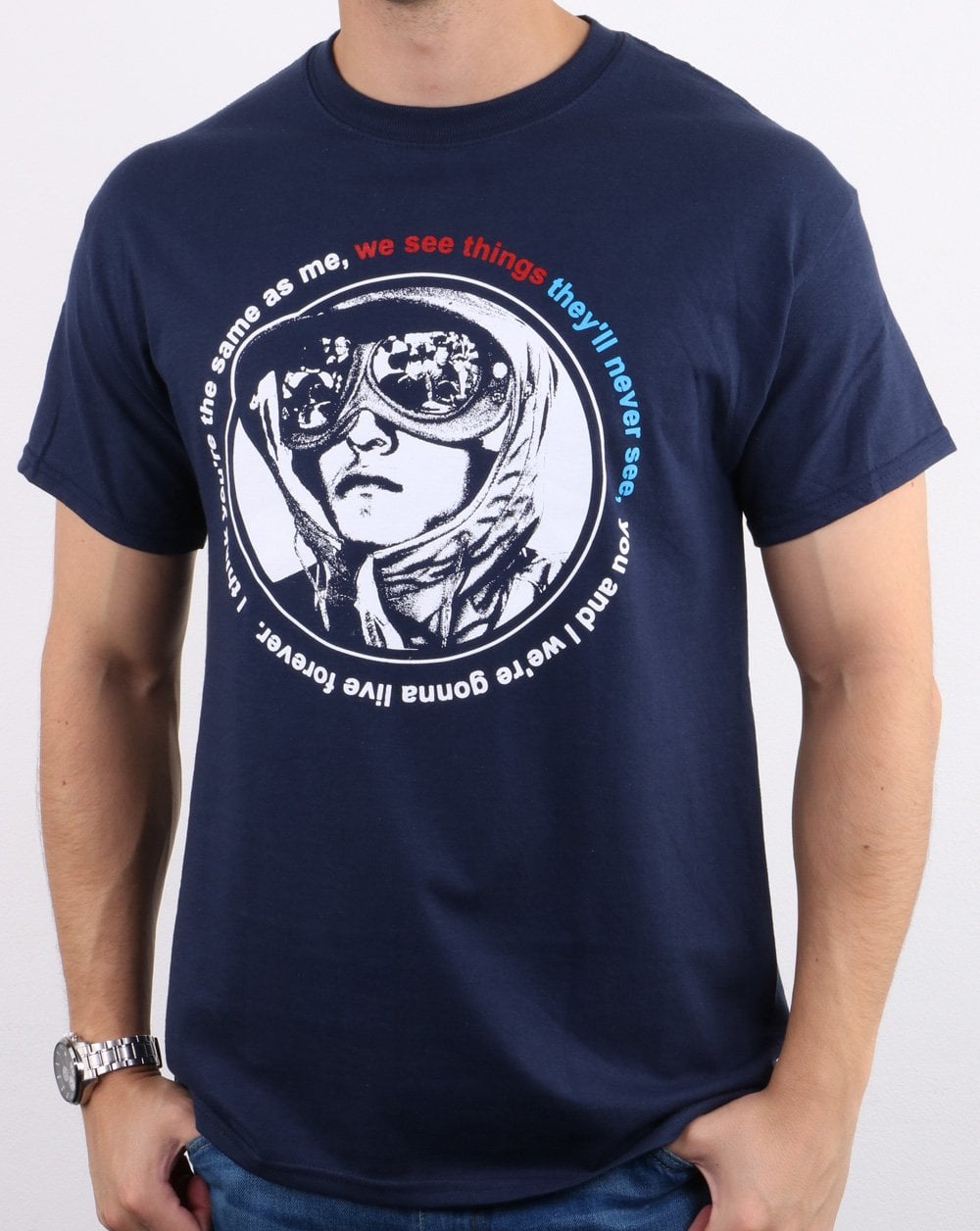