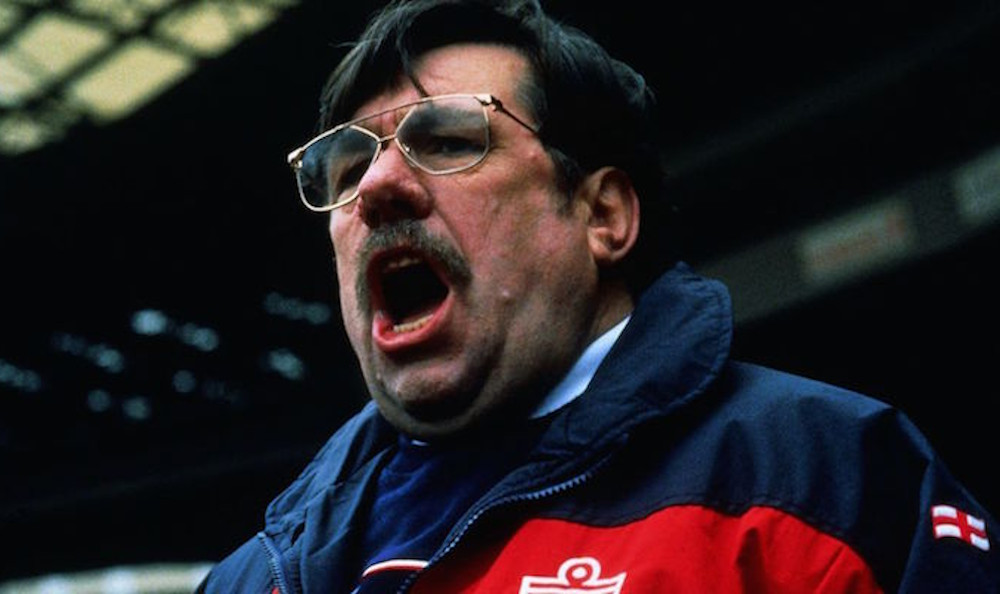 Mike Bassett England Manager is a laugh a minute and features’ all round hard man, Geoff Bell, up to his usual psycho antics.

Originally released back in 2001, Mike Bassett England Manager is a mockumentary style football film by Steve Barron. At the time Sven-Göran Eriksson had just taken over the reins of the real England football team. With dreams of world cup glory and a new continental flare for England fans, the public opinion was that England desperately needed a change. Barron’s mockumentary version sees the England team go back to their old British ways, with Ricky Tomlinson (The Royle Family) getting the England managers job after promotion at a lower league club. The story follows Mike Bassett and the England team as they prepare for the World Cup in Brazil with press conferences, interviews and behind the scenes footage. In the film Bassett describes his managerial style as “Old fashioned” & highlights the fact he has written the team down on the back of a fag packet…insert about 20 laughing face emojis here. With numerous references to England’s not so successful international history, Mike Bassett England Manager is the ultimate British football film, a cult classic & a laugh a minute!

The film also stars Geoff Bell (The Business, Green Street & Top Boy) take on his usual psychopath role playing Gary Wacket, aka Wacko. The character gives a nod to the likes of Stuart Pearce as well as Wimbledon’s Crazy Gang days & fellow hard-man, Vinnie Jones. The central defender is just one of the comical characters of the team with 2 midfielders that look like something out of a Sisqo music video, pony-tailed goalkeepers and high profile players that reference Beckham’s international glory days. When describing Bell’s character in the film Bassett says; “Take my captain, Gary Wacket, an old fashioned centre back that takes no prisoners, well not unless he’s going to torture them first and kill them later.” One of our favourite scenes featuring Wacko (Geoff Bell) is where Bassett is watching some news footage of England hooligans. One of the hooligans turns out to be none other than Wacko, with the footage showing Wacko steaming straight into the police in typical football hooligan style. A scene which draws inspiration from the ugly scenes of France 98 and the mass media coverage of England fans.

The start of many nutcase characters for Geoff Bell that would land further hard-man roles in Mean Machine, Once Upon A Time In London, Green Street, Top Boy & our own personal favourite, The Business. The film also stars Amanda Redman, Bradley Walsh, Phill Jupitus alongside guest appearances from Ronaldo & even the Brazilian football legend, Pelé. Have a butchers’ at the clips for some guaranteed lockdown laughs to brighten up the current mood!