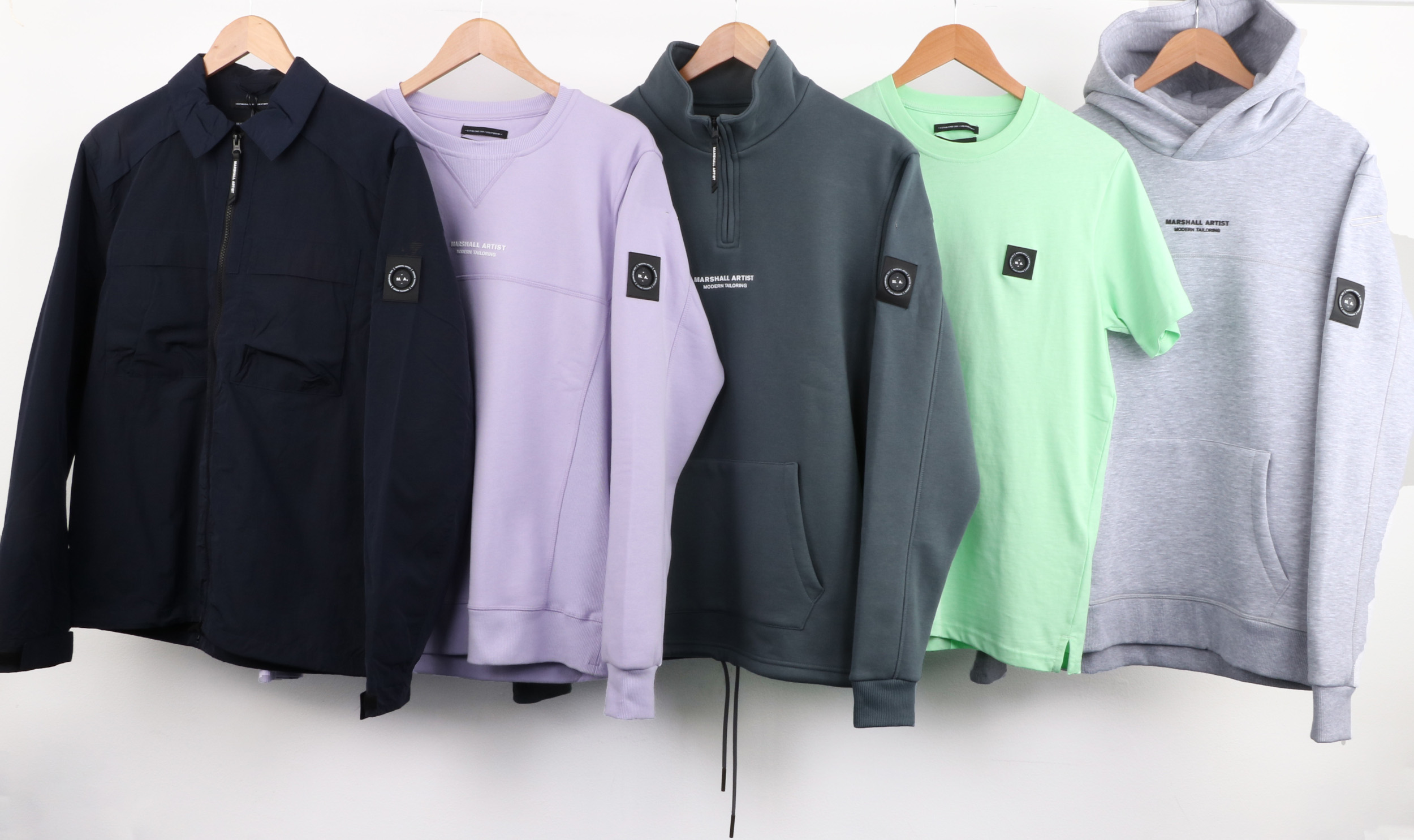 Staple styles like the Marshall Artist Siren Sweatshirt get the updated pastel treatment for the latest season.

It can certainly be a funny time of the year for the weather here in the UK. Last February we had a mini heat wave, the year before we had the ‘Beast from the East’ and this year has seen a months worth of rainfall descend on our cities, towns and villages. With unpredictable weather, it can sometimes be hard to chose the right gear for the right conditions. But there is no need to despair as one of our favourite British brands, Marshall Artist, has you covered for the latest season. Marshall Artist have now introduced a range of transitional staple styles like the Marshall Artist Siren Sweatshirt, the Molecular Overshirt and the Siren Funnel Neck Sweatshirt in some fresh new pastel colourways.

Originally founded in London back in the early noughties, Marshall Artist is now based in Manchester under the direction of Neil Maloney & Ed Quiligotti. Focusing on garment innovation, the brand merges 90s football casual style with modern streetwear trends whilst still maintaining it’s British heritage throughout each collection. The brand also focuses heavily on technical outerwear and unique dyeing concepts introducing new fabrics from season to season. Marshall Artist also recently collaborated with North Manchester’s Harrison Armstrong aka Aitch, who was recently nominated for ‘Best New Artist’ at the 2020 Brit Awards. 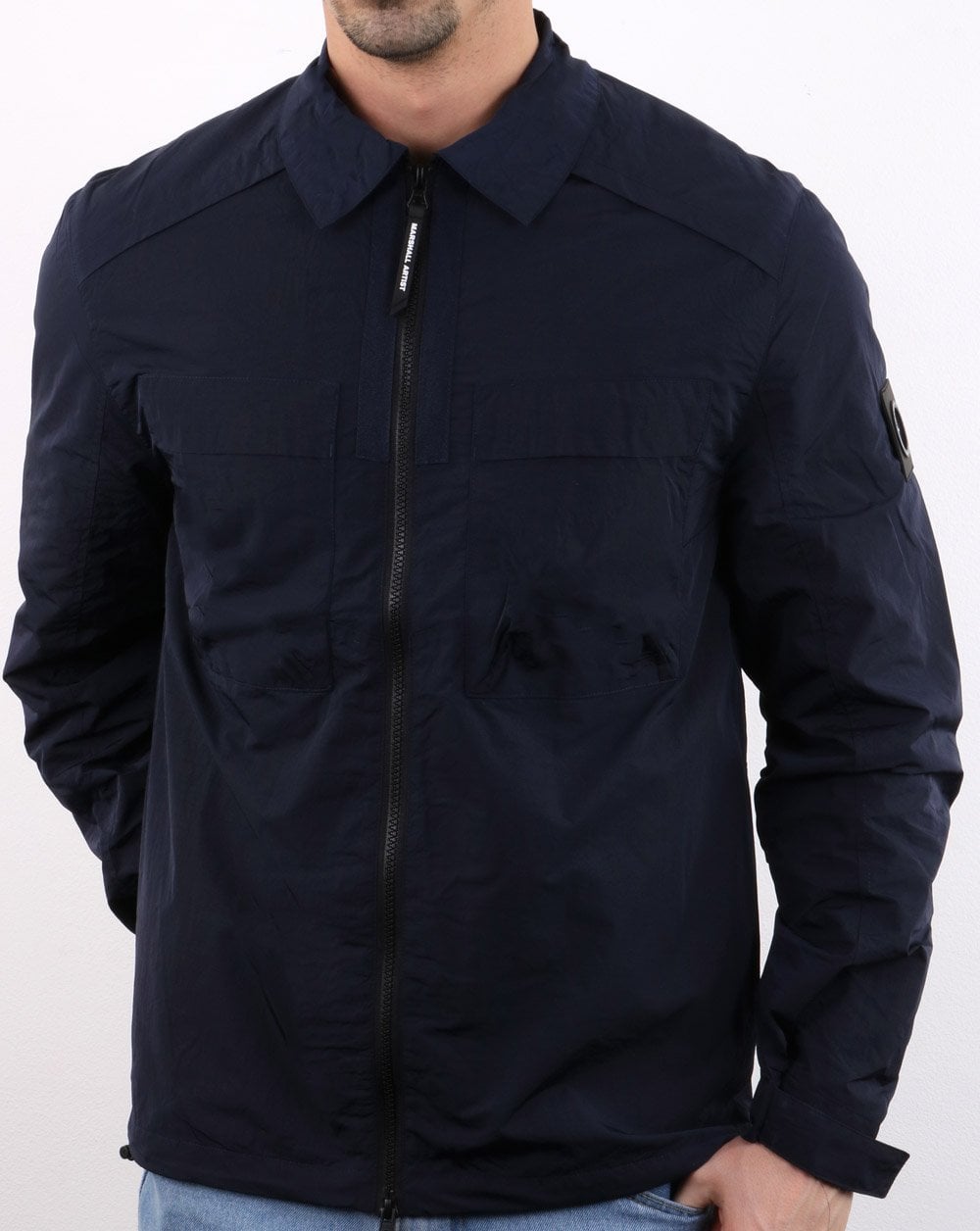 So what’s new from Marshall Artist for the latest season at 80s Casual Classics? Well, first up the Molecular Overshirt is re-introduced in some updated colourways like silver & navy. Drawing inspiration from Italian sportswear from the 90s, the metallic look overshirt features a fluid nylon fabric giving it a unique finish and features an adjustable drawstring at the waist with two large chest pockets. The Molecular overshirt is finished off with the signature MA siren branding to the left sleeve. 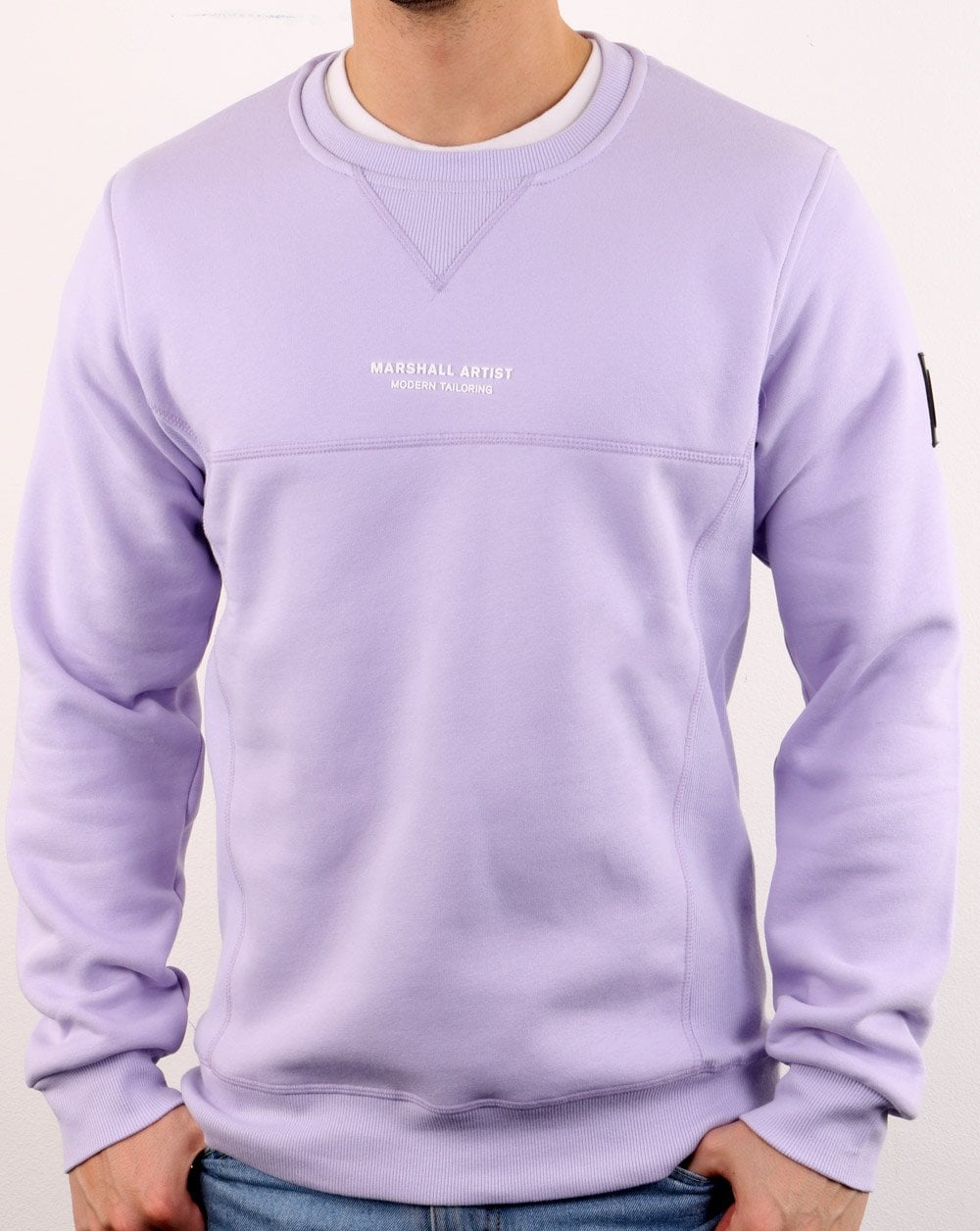 The Marshall Artist Siren Sweatshirt is also re-introduced in some new pastel colourways such as lilac for a summery spin on the siren staple. Other sweat styles include the half zip sweatshirt, perfect to wear under outerwear for the colder days, with an adjustable drawstring to the collar and hem for an optimal fit. The Siren OTH hoody also returns in an assortment of new colourways such as grey marl & navy. Each MA sweat style features the ‘Modern Tailoring’ logo to the chest and siren branding to the left sleeve. Finally we’ve also introduced a selection of Marshall Artist tees and polo shirts which are available in new pastel colourways like lilac, mint green, pink & sky blue. 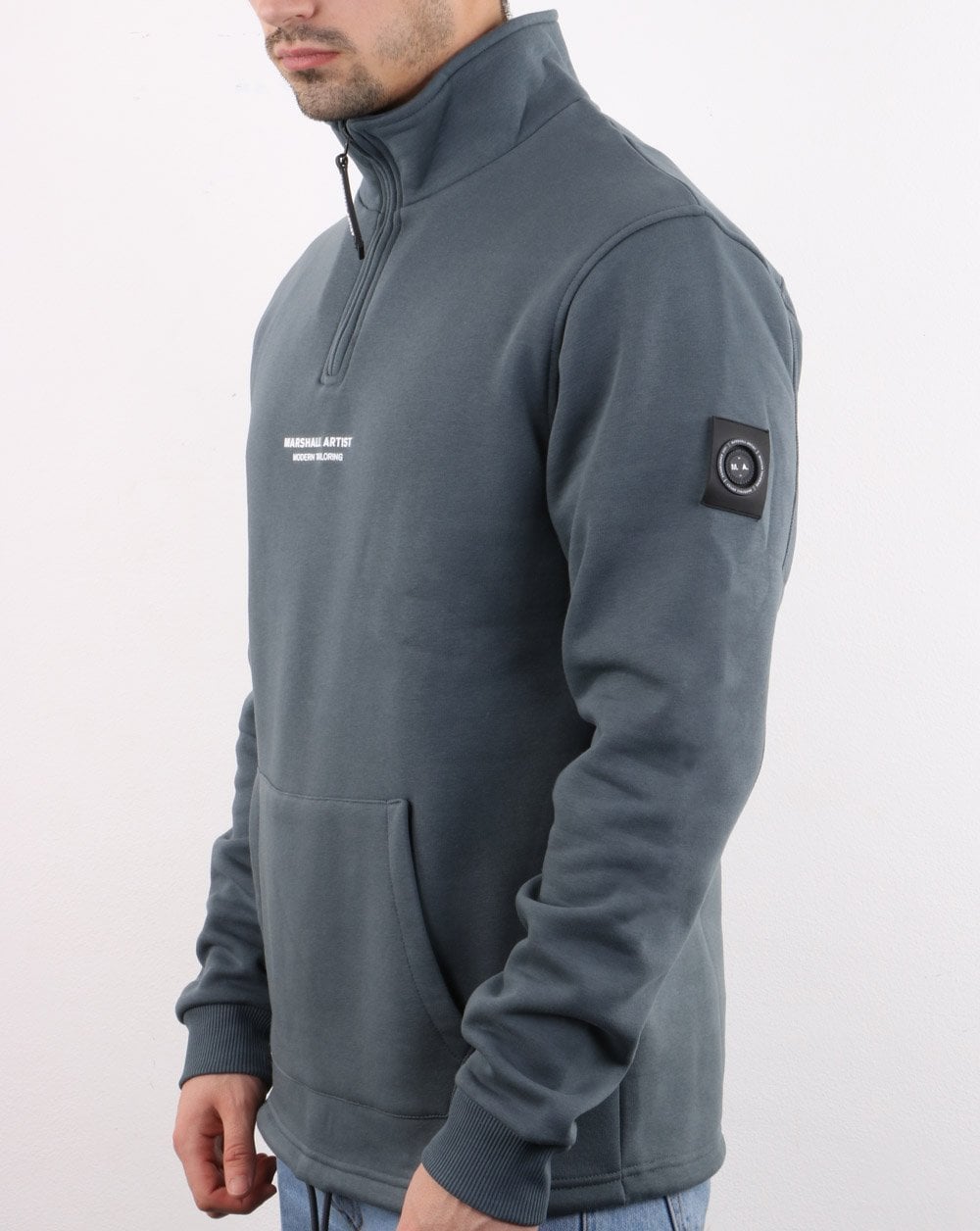 Above: The Marshall Artist Siren Half Zip Sweatshirt in steel now available from 80s Casual Classics. 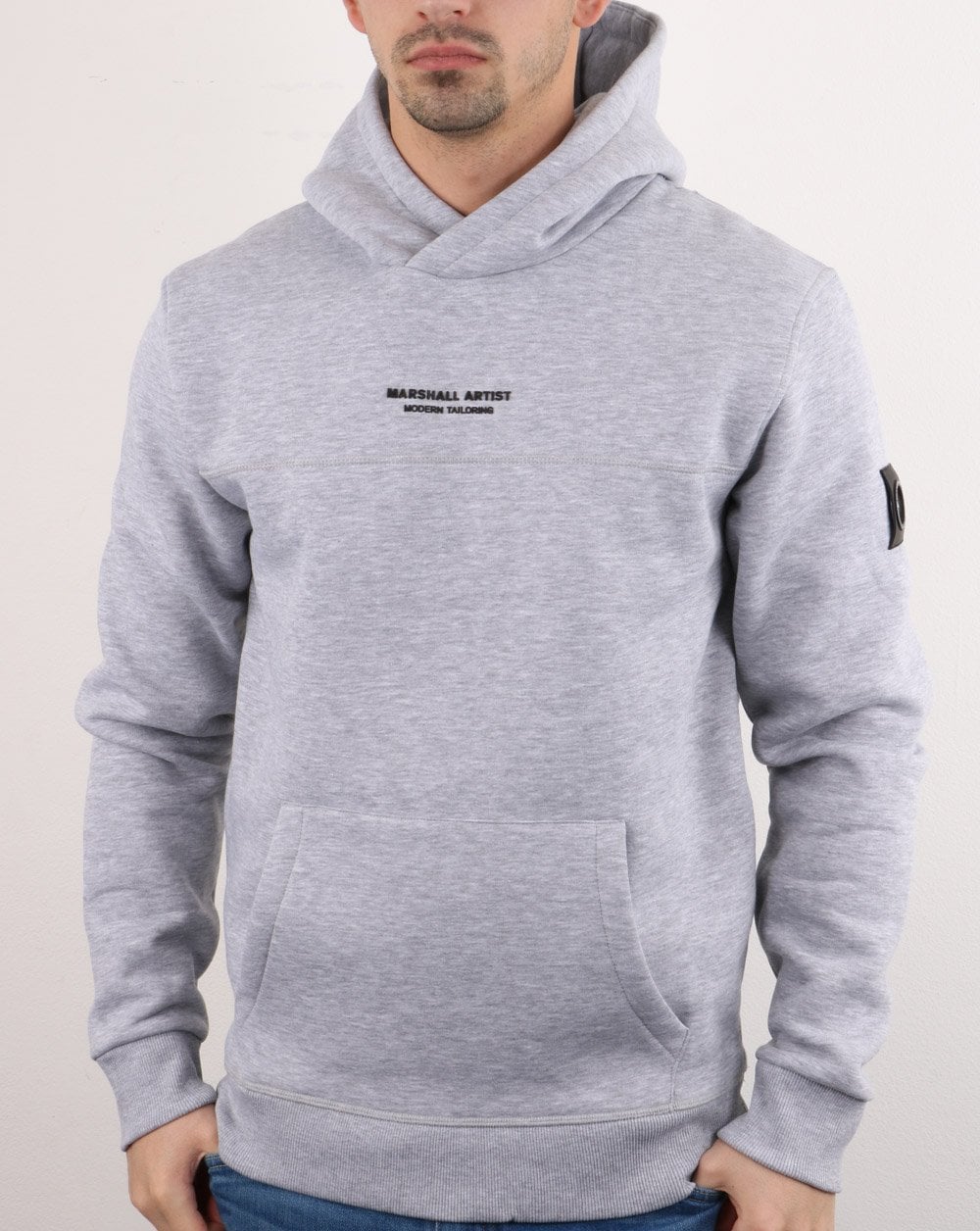 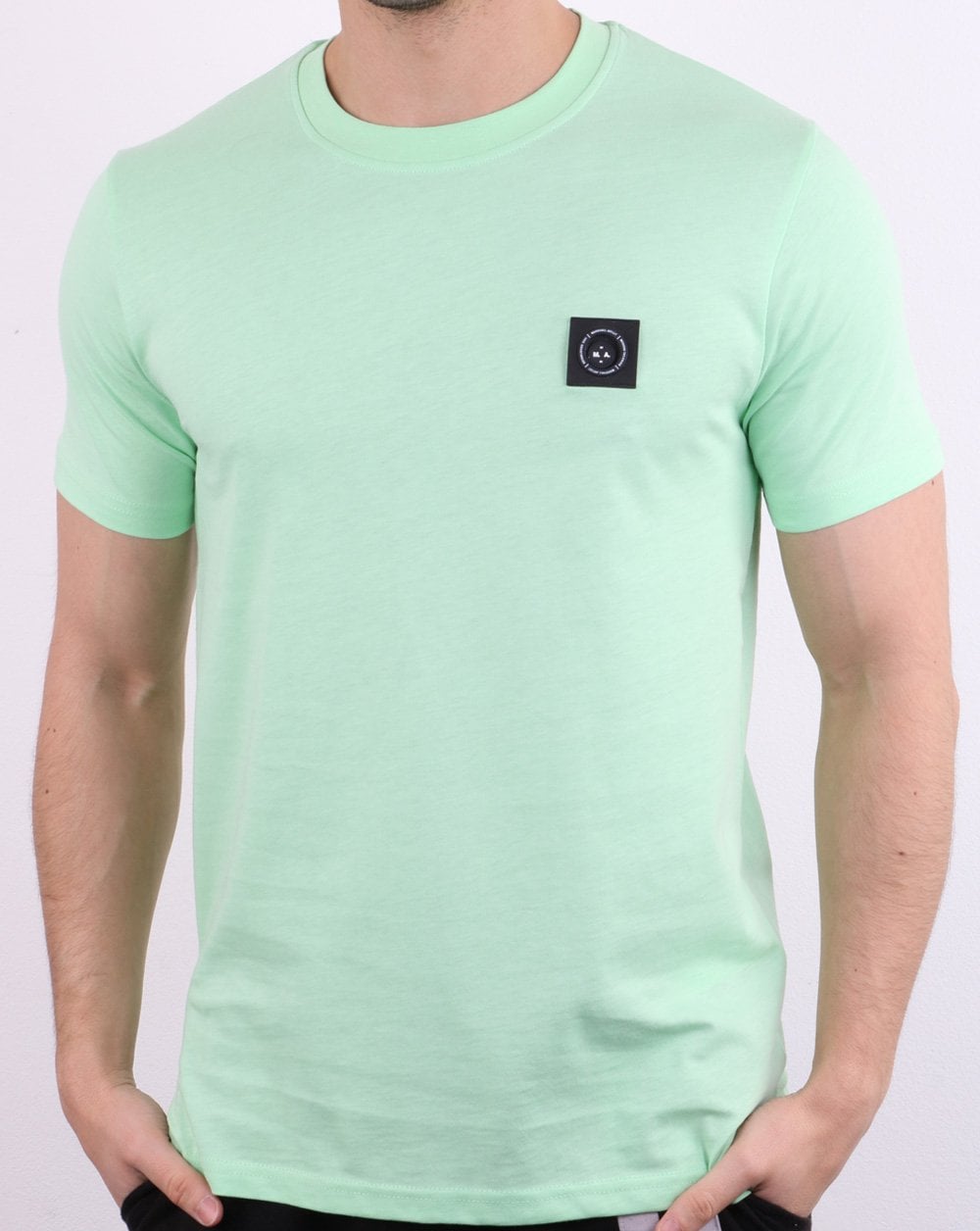