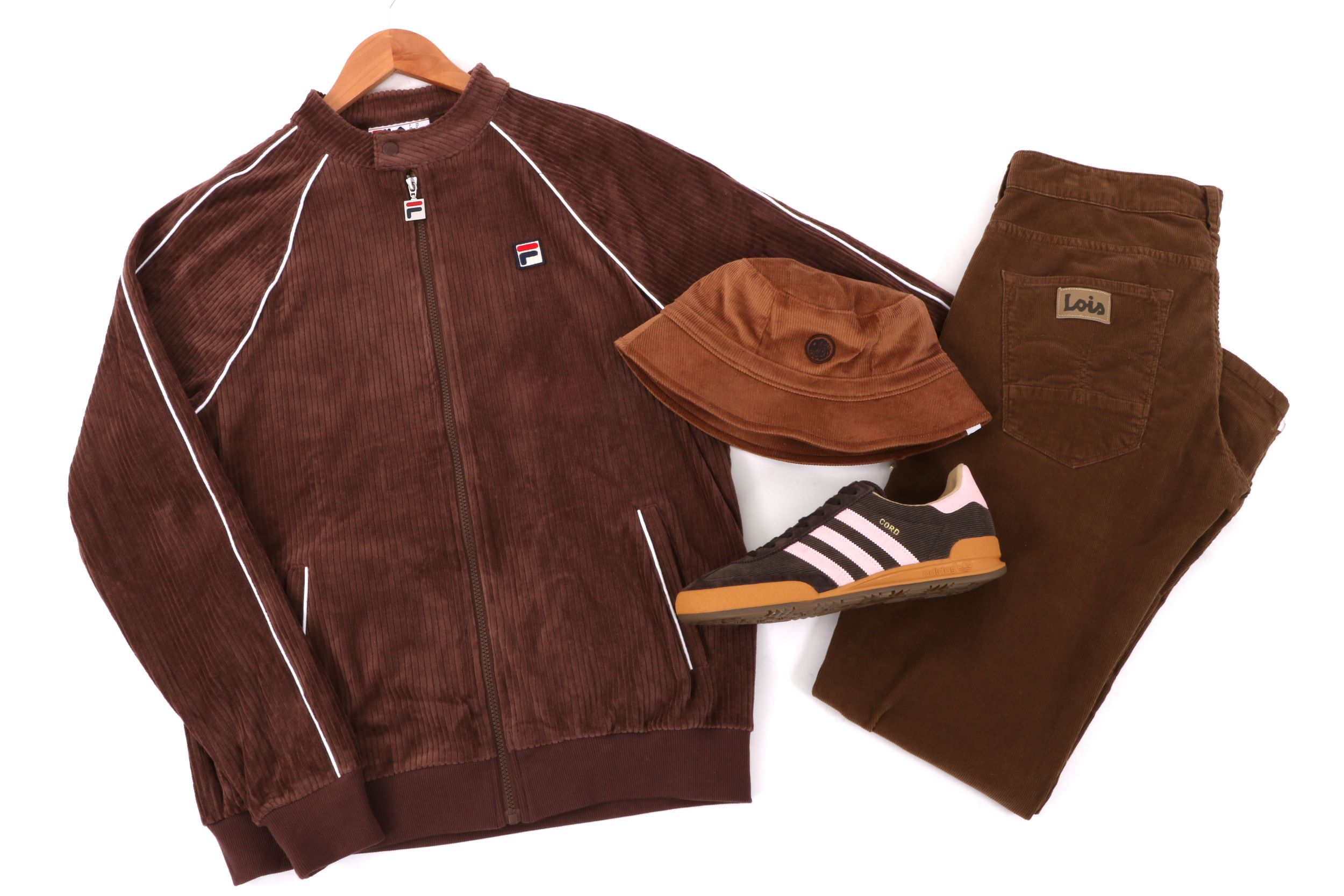 We’ve put together a celebration of classic corduroy styles like the iconic Lois Cords that were born out of the original era of Dressers, Casuals & Perry Boys.

You’ve probably heard terms like needle cord, pin cord & standard wale which are all references to the English born cloth, corduroy. If it wasn’t for the original Casuals, corduroy would probably still be associated with Geography teachers and odd balls. We’re not saying that all Geography teachers are oddballs, but they weren’t exactly the style icons of  “Manchester cloth” that made it cool. If anyone made corduroy cool it was the Casuals. The fact is before the Casuals came along corduroy was just another fabric. First manufactured in Cottonopolis (Manchester) during the industrial revolution, cord was typically worn by country folk for its durable texture. Moving into the 1970s & the 1980s, corduroy became a key look of the original Dressers, Casuals & the Perry Boys. Lois Cords, Sergio Tacchini track tops, wedge haircuts & rare adidas trainers. It was a super cool look and corduroy played a key role. 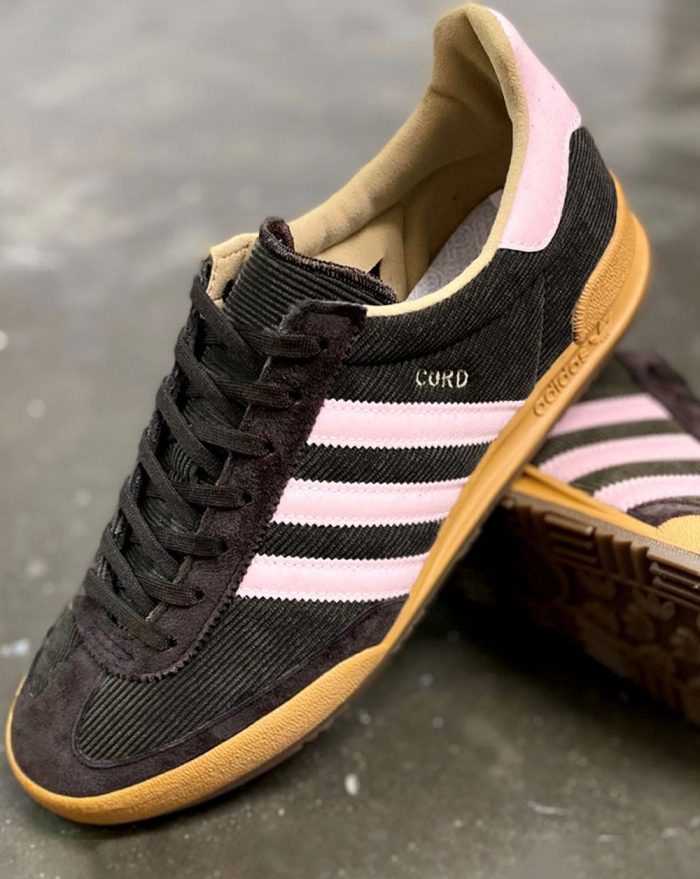 Cord also made a massive comeback in the mid 90s thanks to the revival of retro sportswear. Lois Cords, Clarks Wallabees, adidas track tops, short sleeve check shirts & bucket hats were all a key part of the 90s Britpop look. In more recent years cord has made a bit of a resurgence, not that it ever really went anyway, and we’ve now introduced a selection of classic corduroy styles like the adidas Cord trainer. Based on the Jeans MKII trainer, the Cord trainer featured colourways that were designed to go with cords as oppose to jeans. Whether adidas actually knew how popular cords had become with the Casuals was another question. However one thing was for sure, the adidas Cord trainer was super rare at the time so it was an obvious choice for the Casuals. The rare 3 stripes trainer now arrives in an updated corduroy brown & soft pink version. 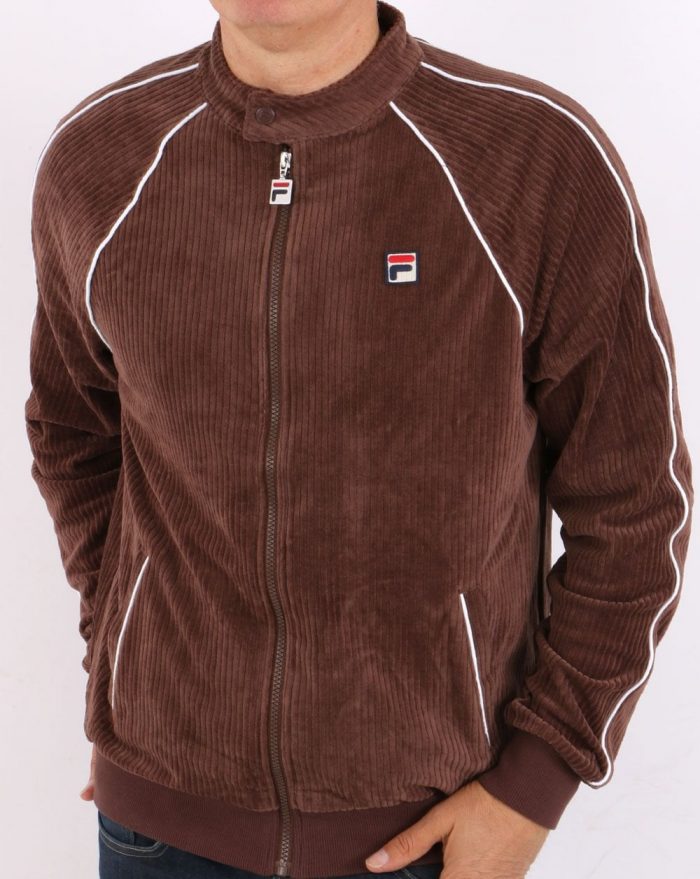 Other cord styles included in our celebration of cord include the Fila Galdo Corded Velour track top which puts a corduroy spin on the classic Fila track top. Featuring a Terrinda inspired design with a biker collar and white piping, the Galdo is an 80s Casual Classic exclusive and features a soft cord velour throughout. We’ve also got the daddy of cords, the iconic Lois Needle Cords which were a must have style for the originals Casuals & Perry Boys. Still looking just as fresh today as they did back in the early 80s, this particular pair of Lois Cords feature a regular fit as well as the iconic Lois badge to the rear pocket. Shop our selection of classic cord styles now via the links. 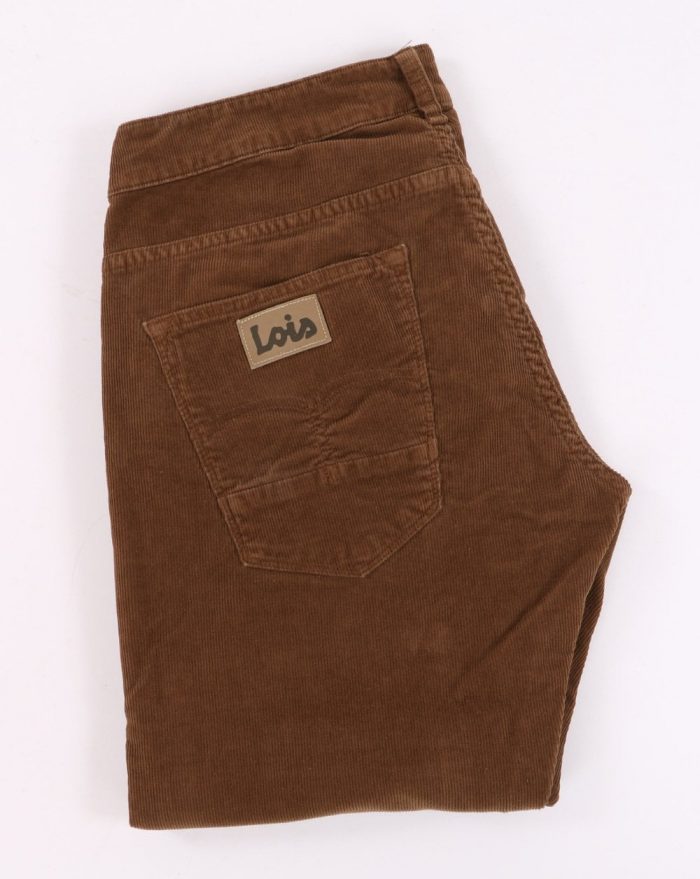