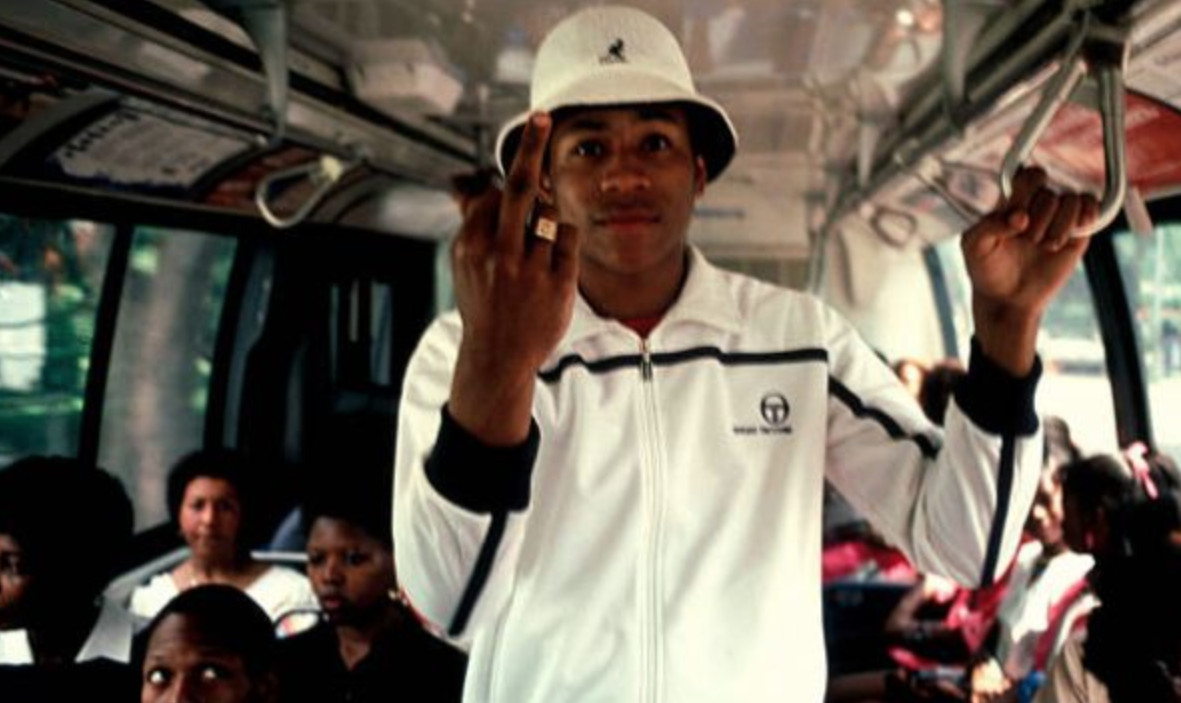 The actual sound of what is now “classed as” rap music or hip hop is certainly a far cry from the OG street sounds of the 1980s. Trap beats, lazy lyrics, grills, face tattoos & multi-coloured dreadlocks have now replaced the raw street talent & classic sportswear style we witnessed in the 1980s from the likes of Run DMC, The Beastie Boys & LL Cool J. These guys pioneered the original hip hop sound & B-boy style in New York from the mid to late 1980s. An era which is still considered the golden age of hip hop thanks to Roland drum machines, ghetto blasters, street savvy lyrics, gold chains, adidas trainers & classic Italian sportswear from Fila & Sergio Tacchini.

Above: LL Cool J’s ‘I’m Bad’ video is a testament to the sportswear style of the era featuring OG styles from adidas, Fila & Sergio Tacchini.

The end of the disco infused rap era from the late 70s to the mid 80s saw the decline of labels like Sugar Hill Records & the rise of Def Jam Records. Def Jam was really where it was at if you were a rapper in the mid 80s with the New York born label getting behind the likes of LL Cool J, The Beastie Boys & Public Enemy. It was the breakthrough album ‘Radio’ released on Def Jam Records in 1985 that really put LL Cool J on the NYC hip hop map. Featuring the tracks ‘I Need A Beat’, ‘Rock The Bells’, ‘I Can’t Live Without My Radio’ & ‘You Can’t Dance’ to name a few, the album saw LL Cool J become one of the first hip hop artists to gain widespread commercial success. The album had sold over a million copies by 1986 which led to LL joining fellow NYC hip hop pioneers’ Run DMC & The Beastie Boys on the Raising Hell tour. Dubbed by many as one of the greatest ever hip hop albums of all time, Radio featured a combination of scratching, B-boy inspired rhymes, samples, street culture & classic sportswear. 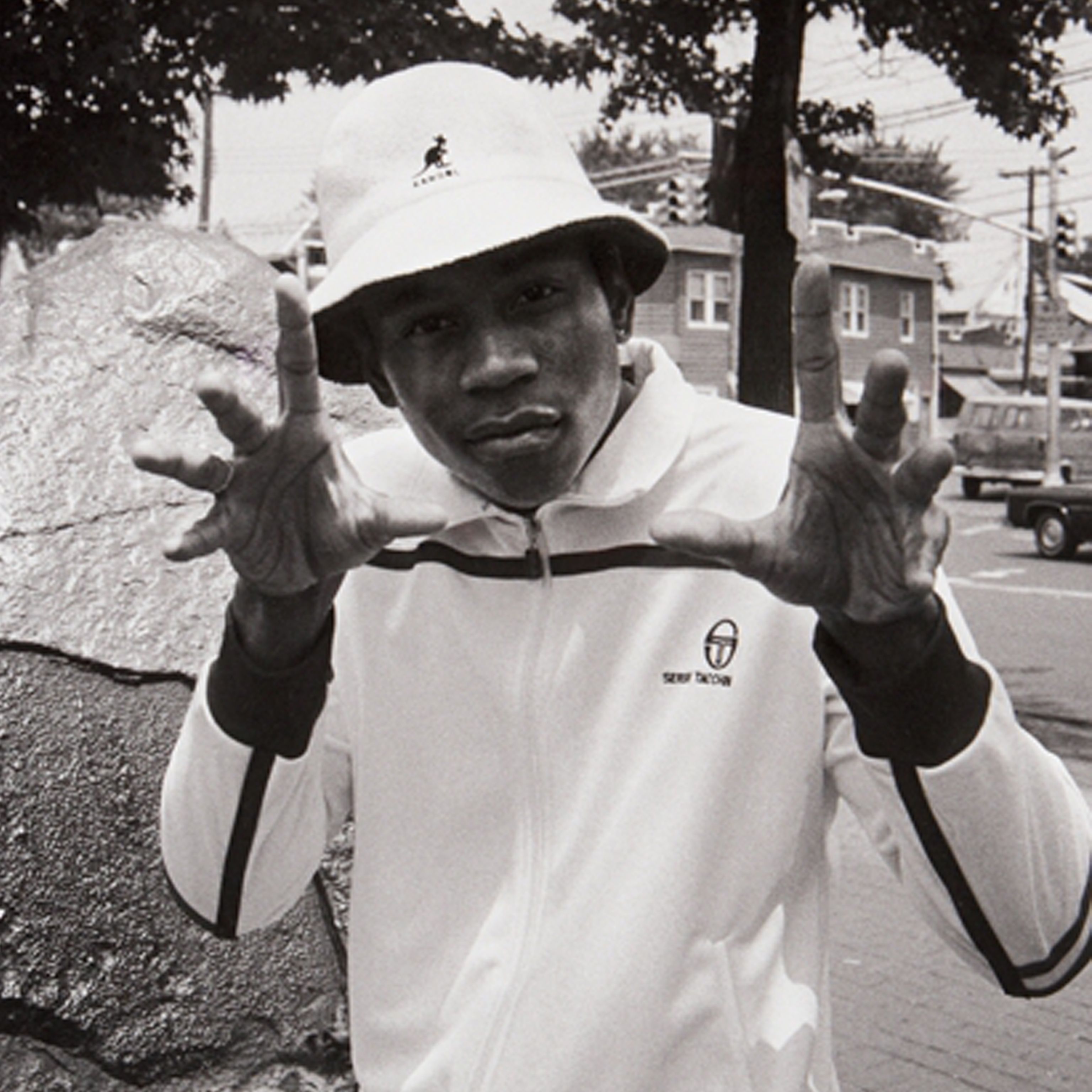 Born & raised in New York, James Todd Smith started rapping at the of 9, later adopting the name LL Cool J (Ladies Love Cool James). It wasn’t just his musical legacy however that has left a longstanding imprint on the world of hip hop, it was also LL’s original sportswear style. LL pioneered the original B-boy look of the mid to late 80s mixing adidas trainers with full tracksuits from either Sergio Tacchini or Fila. Not only did the mid to late 80s mark a golden era for the hip hop scene but also marked a golden era for sportswear within the hip hop subculture itself. 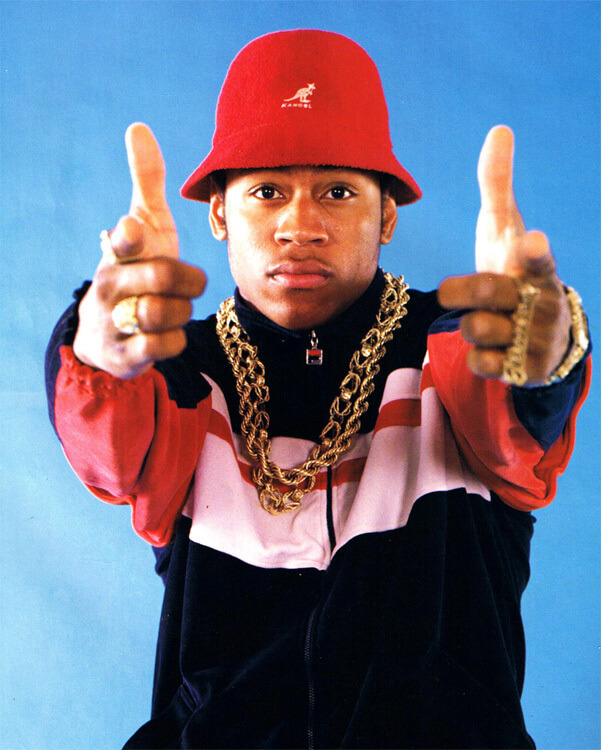 The sportswear connection from classic Italian brands like Fila & Sergio Tacchini continued throughout the 90s & noughties to modern day and has been seen on a range of rappers from Biggie Smalls to Fat Joe. It would be hard to imagine the world of hip hop without the original B-boy style from LL Cool J with his expensive Tachini tracksuits & signature Kangol bucket hat. Shop a massive range of classic sportswear styles now from the golden era of hip hop now at 80s Casual Classics.