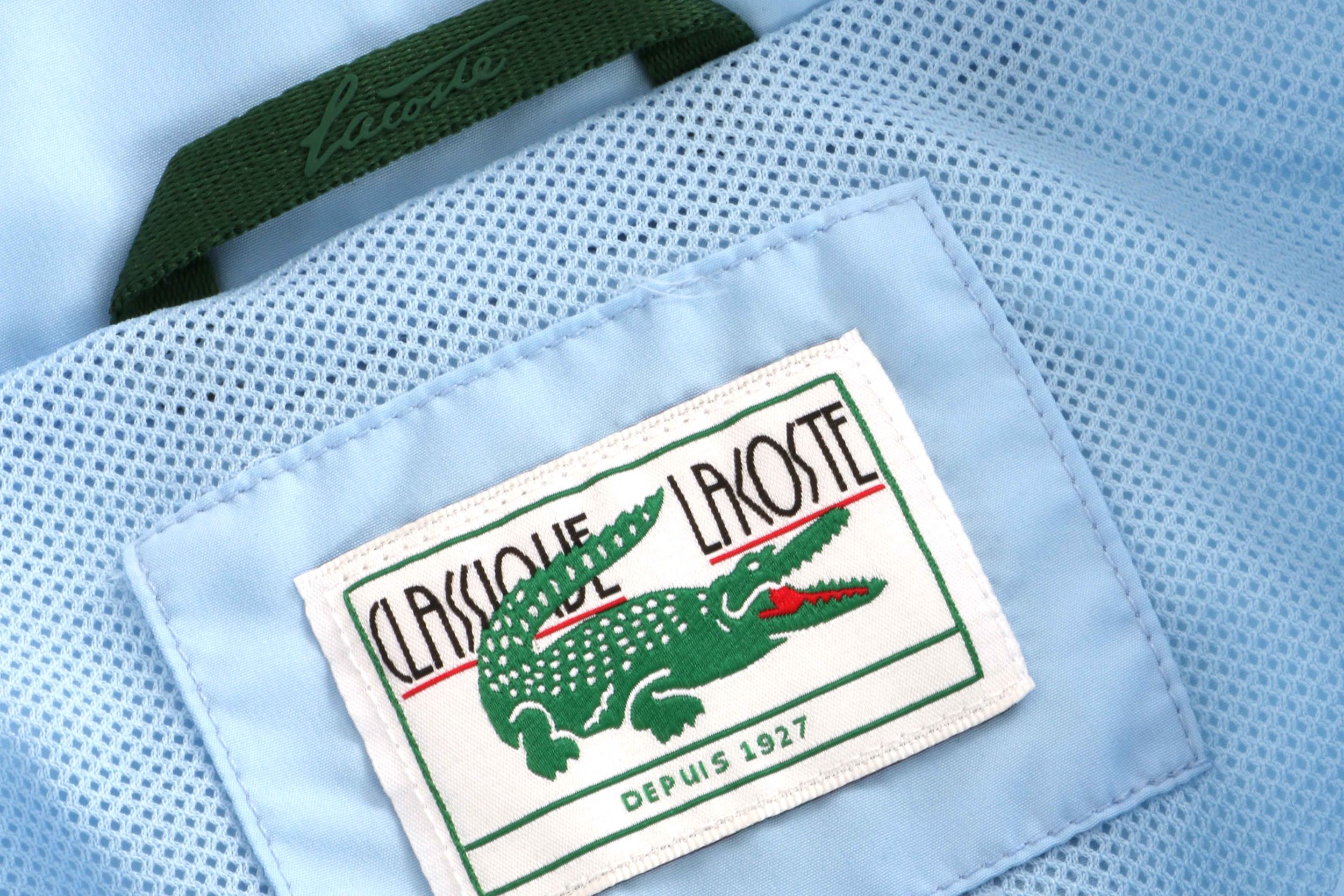 Casual Cagoules: The Lacoste Windbreaker is An 80s Outerwear Icon

This latest Lacoste Windbreaker reminds us of them original IZOD styles from the 1980s when having a crocodile on your clothes was just as important as having the right trainers.

Chances are if you’re into your casual gear, you’ve probably owned a fair bit of Lacoste in your time. As fashion trends come and go, classic styles like the Lacoste polo shirt still look and feel just as good as they did when you first put one on as a teenager. However, as we all know, Lacoste is so much more than a polo shirt brand. The Lacoste Windbreaker is another one of them very special signature 80s styles that came on the colourful cagoule wave of the original Casual era. Worn with a pair of jeans and trainers, the cagoule look was fresh but also functional. If you were going to get piss wet through on the terraces in late Autumn, at least you wanted to do it in true Casual style. The cagoule not only looked on point but also kept you dry, and if it had a crocodile stitched on it, it was even better. The added luxury of Lacoste will never lose its appeal and this latest Lacoste windbreaker is certainly no different.

Above: The Lacoste Windbreaker in sky blue now available from 80s Casual Classics.

Just like the majority of the original Casual styles we could argue all day about where they originated. Chances are with the cagoule, or the windbreaker as it also known, it was somewhere where there is a lot of rain. You probably already know that the UK gets a lot of rain, so was it the likes of Aberdeen or Liverpool which both get their fair share of showers? For all we know it might of been somewhere in Luton, but the point is the cagoule was as much about fashion as it was function. Other notable cagoule brands of the era included the likes of Peter Storm, Patrick & K-Way. The Lacoste windbreaker was probably the daddy though when it came waterproof wares. In the late 70s & early 80s it was actually IZOD Lacoste (you have probably seen the original vintage IZOD windbreakers). IZOD was simply just another brand owned by David Crystal that owned the rights to market Lacoste in the USA. 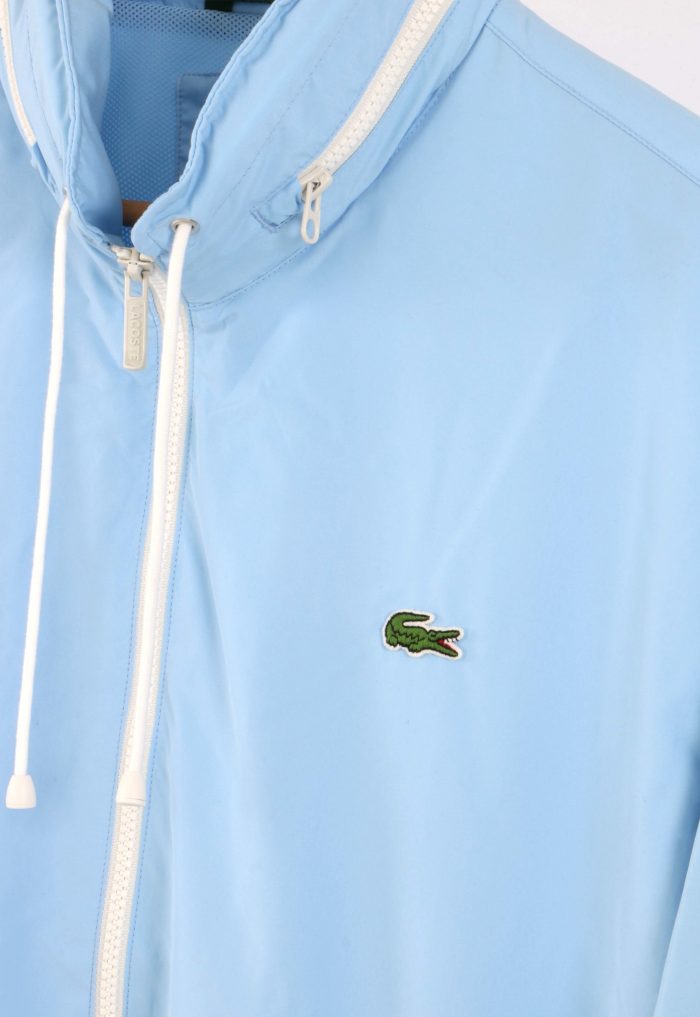 Above: The Lacoste Windbreaker in sky blue now available from 80s Casual Classics.

The classic crocodile style now returns to its spiritual home in a sky blue colourway for that ultimate retro 80s look. A reminder of the classic IZOD styles, the stand out piece features a lightweight water resistant fabric adding a super sporty extra layer to any casual outfit. Featuring contrasting white detailing throughout from the zips to the drawstring, the Lacoste windbreaker also features a concealed hood to the collar. The mesh lining adds some breathability and an adjustable toggle hem ensures the perfect fit. Finished off with the iconic crocodile to the left chest, the Lacoste Windbreaker is a must have outerwear style for all ages.