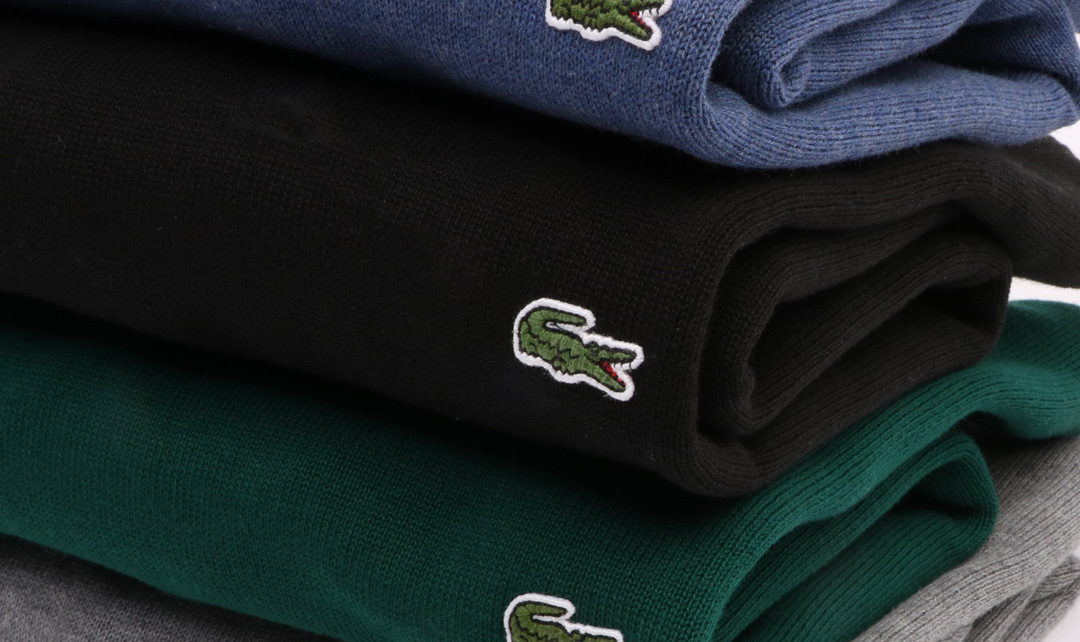 The Lacoste Quarter Zip sweatshirt is a classic 90s sportswear style and a perfect layering option for the colder months.

As the dark evenings and colder temperatures draw ever nearer the layering season has officially started. Layering up isn’t just about throwing on a random top and hoping for the best, it’s all about doing it in style. Jackets, jumpers and quarter zip sweats are great for the colder months and there’s one brand that will always have you covered in the layering department and that’s Lacoste. Offering a wide range of sweats, knits and of course crocodiles, Lacoste sweatshirts and knitwear are just as good as anything else from the classic tennis label. The famous crocodile logo adds a casual stamp of approval to any outfit whether it be a on pair of trainers, a polo shirt or in this case a Lacoste Quarter Zip Sweatshirt. For the latest season we have now introduced an assortment of sweatshirts and knits from the original René Lacoste label. 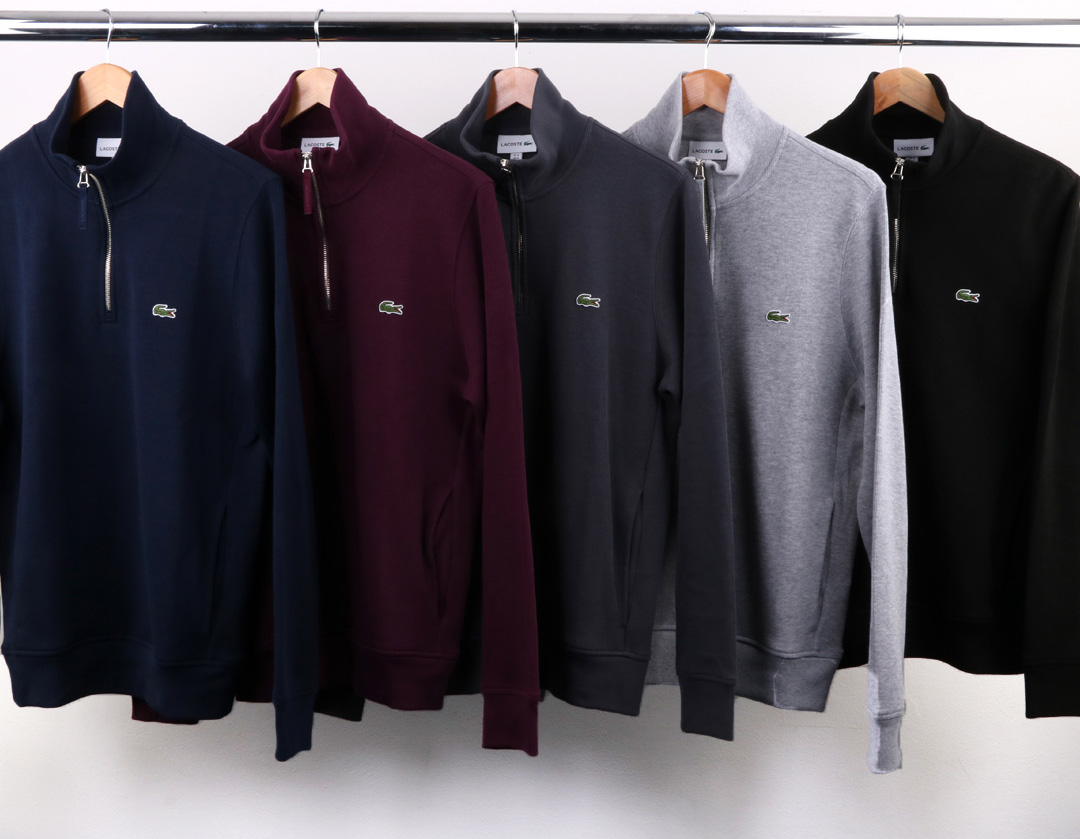 Above: The Lacoste Quarter Zip Sweatshirt in an assortment of colourways now available from 80s Casual Classics.

The quarter zip sweatshirt became an icon of 90s sportswear, with French sportswear brands like Lacoste putting their own colourful spin on it. As 90s looks and style continues to grow in popularity, original Lacoste fans from the era have been itching for them to release such styles with the quarter zip style now a modern day casual sportswear staple. A great style as an extra layer under outerwear or simply worn on its own. The casual sportswear styles features a pique cotton fabric, quarter zip neck fastening and funnel neck with the all important embroidered crocodile to the left chest. We’ve got an assortment of colourways available at 80s Casual Classics which includes navy, deep purple, graphite, silver chine & navy. 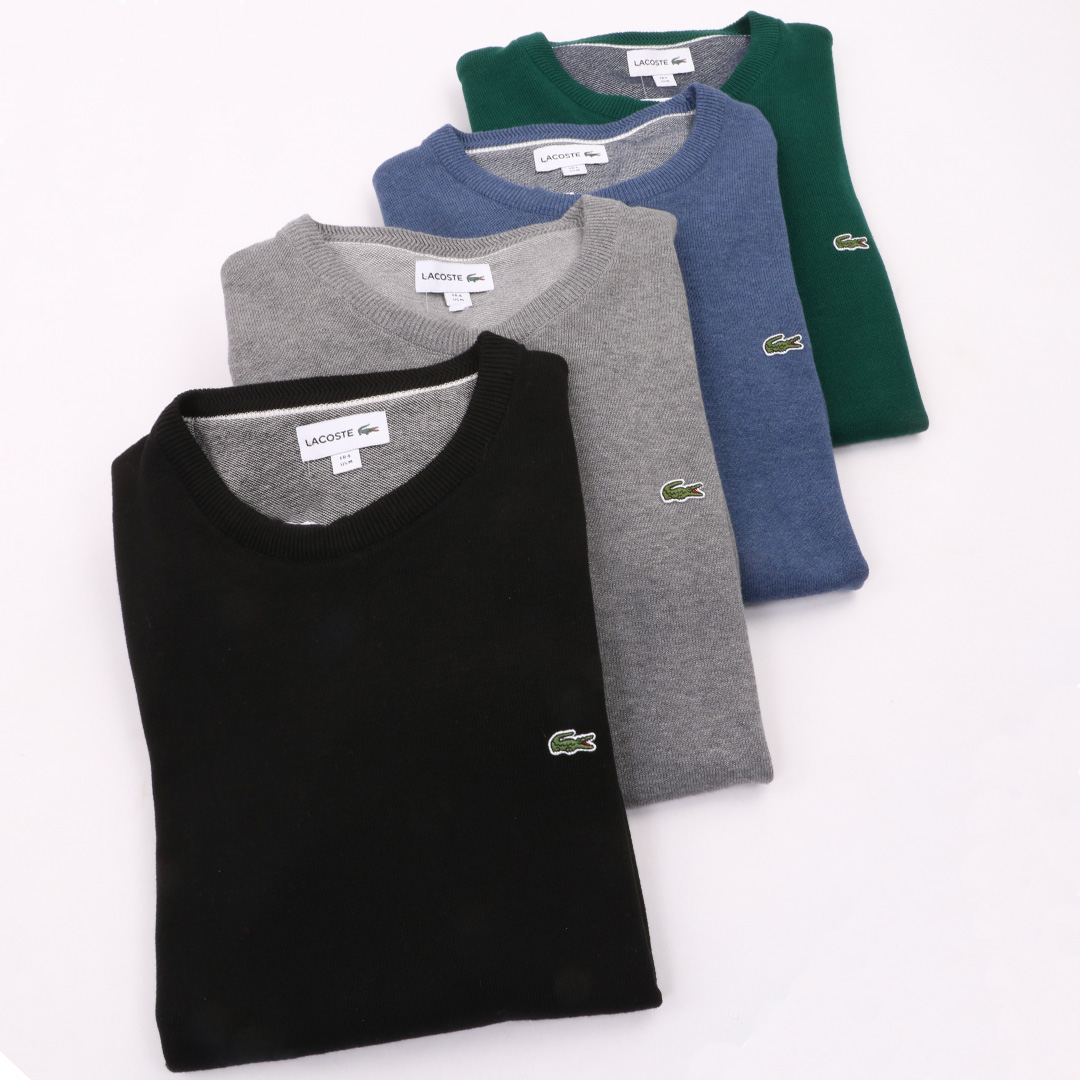 Above: The Lacoste Crew Neck Jumper in an assortment of colourways now available from 80s Casual Classics.

If you’re more of knitwear person, as oppose to sweatshirts, we’ve also got a great variety of Lacoste crew neck jumpers available. A wardrobe staple for any Lacoste fan, the classic crew neck knit can also be worn for them slightly smarter occasions, or simply with jeans and trainers for the classic casual look. Featuring a premium cotton knit fabric, ribbed crew neck, cuffs and hem as well as the iconic green crocodile. We’ve also got the Lacoste Crew Neck Jumper available in an assortment of classic colourways which includes black, grey, blue & dark green. A great addition to your autumn/winter wardrobe and perfect for layering up over the colder months under outerwear or with a casual shirt underneath.